Bethan and Rob’s wedding was held at The Eden Project in Cornwall. They took their inspiration from the domes themselves and the plants inside, creating a natural themed wedding with geometric accents.

“The ceremony and reception were both inside the Mediterranean Biome in the Eden Project”, wrote the bride. “Thematically we had nature, geometry (taking inspiration from both the biome’s hexagonal roof structure and plant life) and fun, with a hint of the mystical. We wanted to tap into our friends’ creative talents as much as possible to make it really personal.” 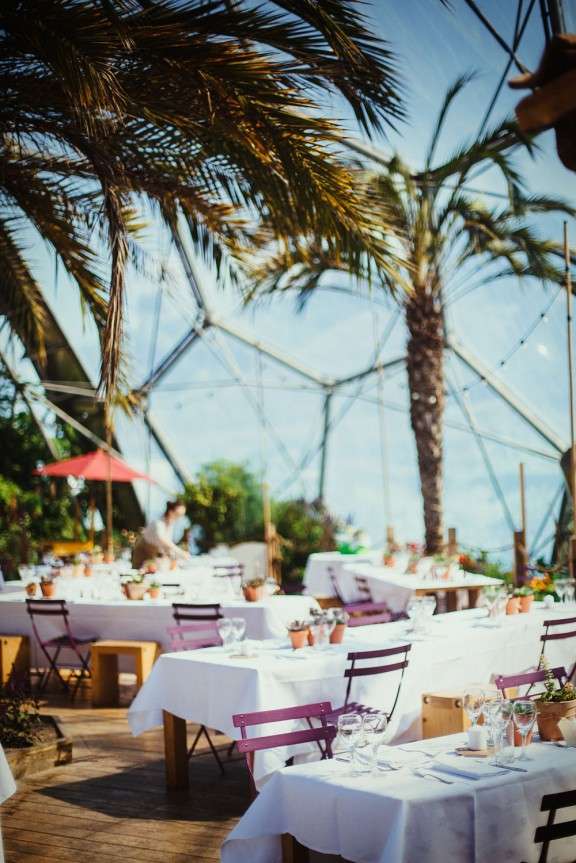 “Instead of flowers we chose to use succulents. There is something quite ethereal about the plumpness, gentle merging colours and geometric patterns in these beautiful plants. The wonderful thing about using succulents is that they are incredibly hardy, so even the ones that weren’t in pots (ie. my bouquet) did not go to waste. The stalks were just trimmed afterwards and they were replanted.”

“Our family and friends are all great gin lovers, so as wedding favours, we decided to offer them little medicine bottles with pipettes filled with sloe gin. I’ll never forget watching my Grandpa pipette sloe gin into his mouth between courses!” 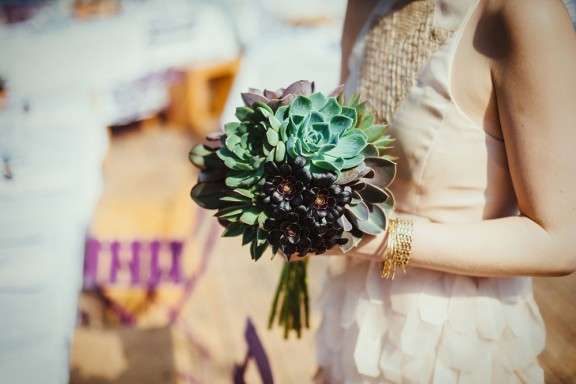 “Our biggest splurge was on the venue”, she explained. “If we lived in a country with more reliable weather we would have got married up a mountain or deep in a forest, but this wasn’t really an option here in the UK! We almost had our wedding in a warehouse in Bristol, which would have been much cheaper, but it just didn’t feel special enough. The Eden Project was so beautiful, it truly felt like being in the Mediterranean, and having had a lot of feedback from some very happy guests, one comparing it to a spaceship that had landed in the Cornish countryside, we wouldn’t hesitate to do the same thing again.” 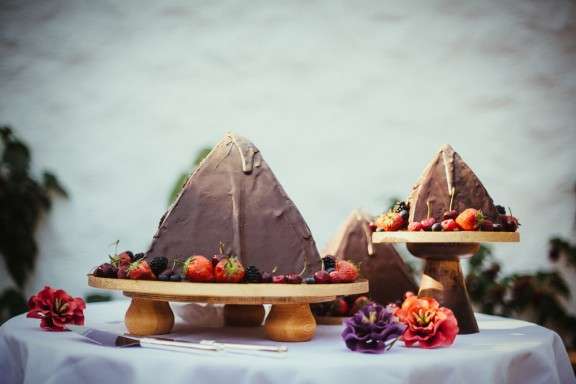 Bethan designed her own wedding dress and had a talented friend make it for her. “I was incredibly lucky to be able to design my own dress collaboratively with my friend, Lu Flux“, she said. “I had always had quite a specific idea of how I wanted the top part of the dress to look but the rest of it was a mystery to me (as was how to go about actually making a dress). After multiple trips up to London to see Lu she came up with a beautiful design for the dress, using details of her trademark feathers for the skirt, cut with demi-hexagonal edges and a detachable top with vintage brass buttons and embroidery based on one of my drawings.”

“I was given some advice by a family friend for the wedding day itself, which is, much like in all aspects of life, to try to be as present as possible”, Bethan concluded. “Especially during every moment of your ceremony, because it’ll be over in a flash.” 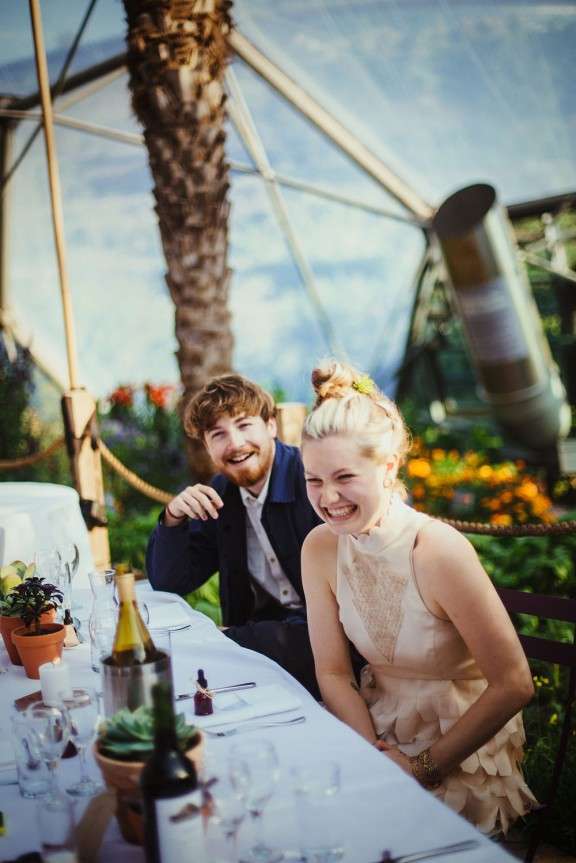 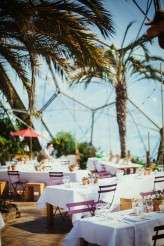 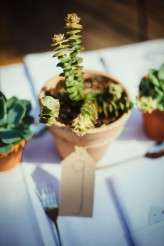 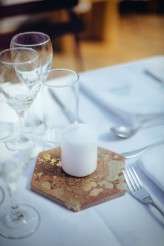 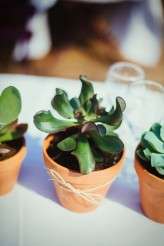 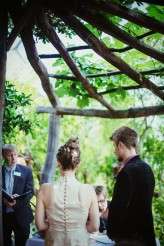 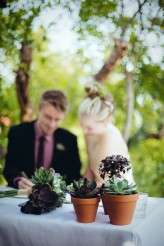 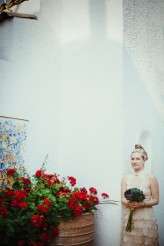 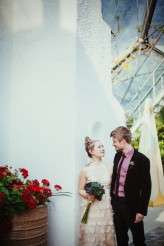 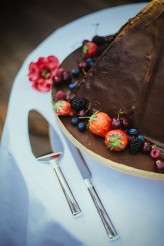 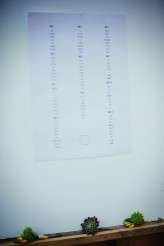 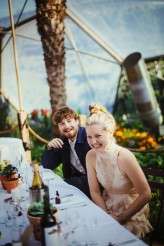 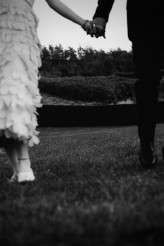 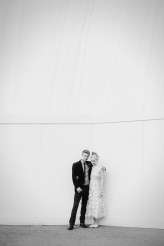 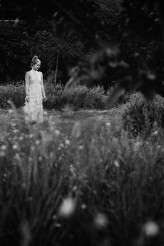