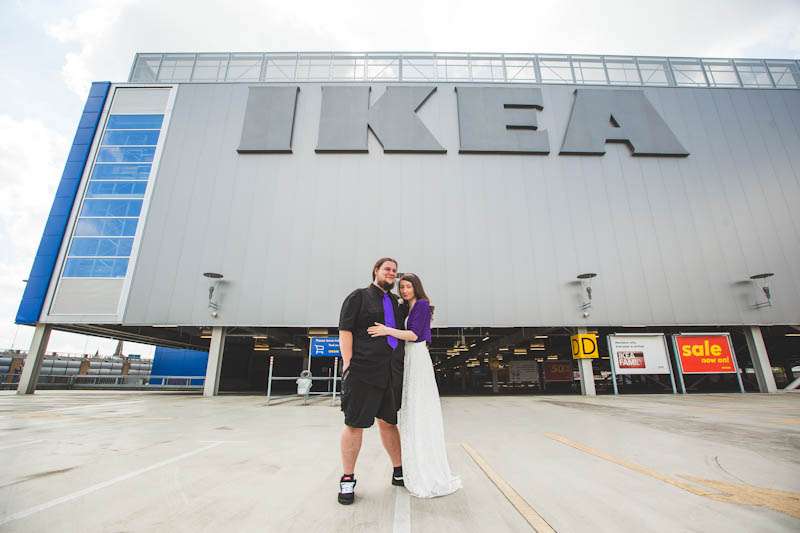 I’m rather partial to IKEA… I know it’s not the fanciest of home stores, but whenever I persuade Gareth that we need a trip there (I’m sure we’re due another one soon) I feel like a proper grown up. I can actually afford the stuff (like who decided £2000 was standard for a table and chairs? pah John Lewis, PAH!) and it makes me feel all educated buying things with Swedish names. Plus their items are always pretty… even if not always functional – “why yes Gareth I do need that cardboard deer head to put on my office wall…” And don’t even get me started on the kids department. I just wish the pink chest of drawers came in adult size…

So when wedding photographer and all round cool dude Chris Barber sent me Janet & Dave’s wedding I was excited. Not just because of Dave’s Rock n Roll stylings but because they chose the Coventry Ikea as the location for their wedding day portrait sesh. GENIUS! Oh and they spent just £4000 on their day. I’m IN AWE. 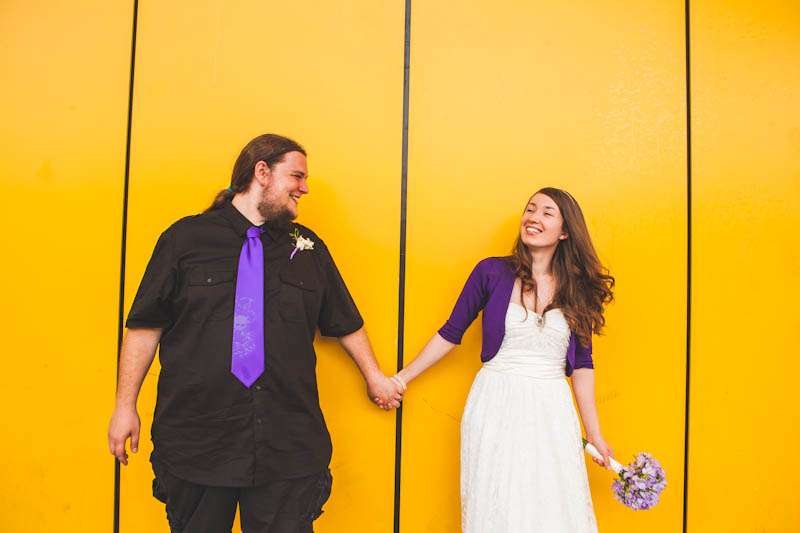 “We had our daughter in January 2011 and that gave me a serious itch to be married”, Janet began. “Dave proposed on Christmas morning 2011 with my Granny’s wedding band. He had a calendar printed with a photo of our daughter from each month last year, and on December 25th 2012 he had written ‘anniversary of our engagement’, which is when he nervously popped the question!”

The couple were married in July at Coventry Registry Office, and their reception was held at Varsity Warwick, a local student bar with delicious food. “We were originally planning a bigger and more expensive wedding for September 2013. It was the wedding we had talked about before we were engaged, and before we had our daughter. It would have been a wonderful day, but something about it just wasn’t sitting right with us. We hadn’t booked anything yet, despite having found the venue we wanted already, so we changed our mind. I had been looking at options for having a small ceremony and then a meal for close family and friends, but even the costs for that seemed astronomical for what you would get, and none of the restaurants were ‘us’ or had any meaning to us as a couple. Then Dave jokingly said ‘why don’t we get married at Varsity?’ – our favourite place to go for a meal, a somewhat quirky student pub in Coventry with an amazing menu. Unbeknownst to him, I made some enquiries and spoke to the super lovely manager, Rachel, who was so excited to have us there for our wedding reception. It wasn’t something they had ever done before, although they have parties there all the time, but they pulled out all the stops for us. They really went the extra mile, putting up all of our decorations for us and setting everything up beautifully (after my very helpful instructions of “here is a box of stuff, please make it all look pretty”).” 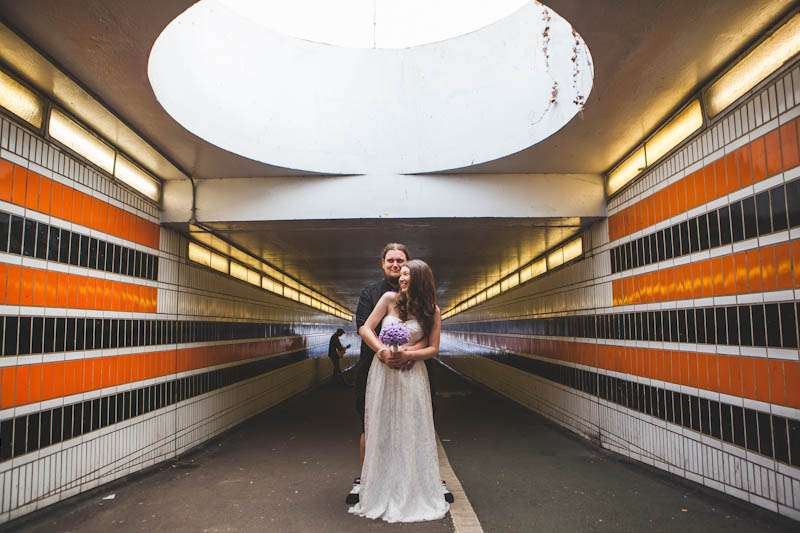 The wedding was planned in just 3 months by the way… “Oh yeah this happened in April this year”, Janet continued. “So I grabbed a calendar, phoned around all of the ‘must have there’ people and collected all of the dates they were busy this summer, and put them on the calendar. There was one Saturday left blank. It was this Saturday or bust. I called up the registry office, and they had one ceremony space left for that Saturday – the first ceremony of the day – 9:45am. I didn’t even hesitate, it was meant to be, and I booked it right away. For two very ‘not morning people’ people, this was love!” 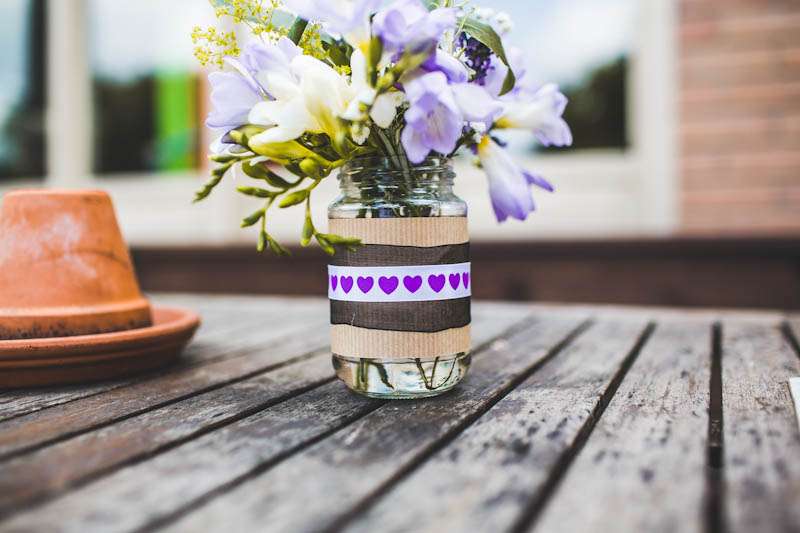 “Our venue was chosen because we love it, and we wanted to be somewhere that we loved. I think people really enjoyed being able to order what they wanted on the day from a big menu, rather than just being presented with a meal. I’m also pretty happy that we can go back there any time we want and celebrate with some awesome food! We didn’t have speeches, or a bouquet toss, or a first dance, or any dancing at all in fact. Our wedding day ended with me sitting outside with the small group of friends who made it to the end, drinking a cup of tea and eating icing scraps.” 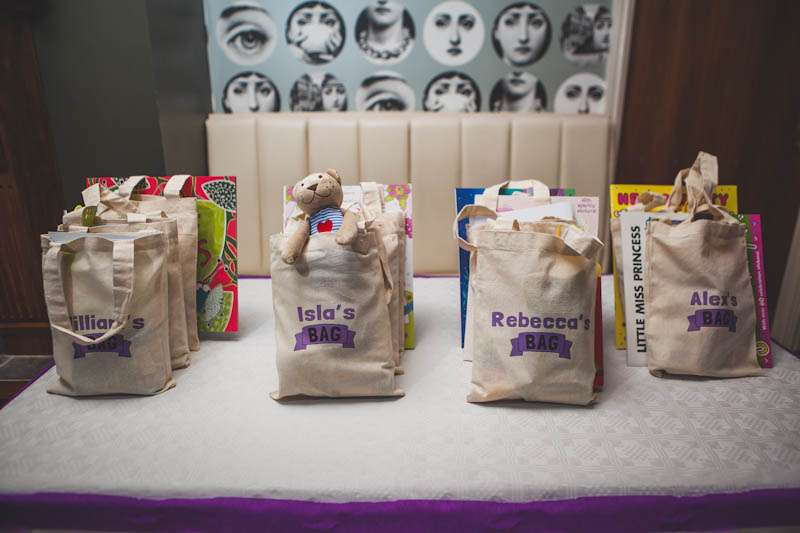 But what about the IKEA idea? Well… “Our inspiration was just ‘being ourself’, simple as that”, Janet explained. “We didn’t do anything we didn’t want, and made choices that reflected us as a couple, and us as a family. I did my own hair and make up – no way was I dealing with anyone else at that early time in the morning! My mum drove me to the ceremony in my mucky Megane, and I skipped the ribbons. We walked down the aisle as a family of three, with me ending up leading the way. We had a ring warming ceremony before saying our vows, which was a really lovely way to involve everyone in our commitment to each other. Oh yes and we went to IKEA to take photos, after a (joking?) suggestion from Chris, our photographer, because I seriously love IKEA.” 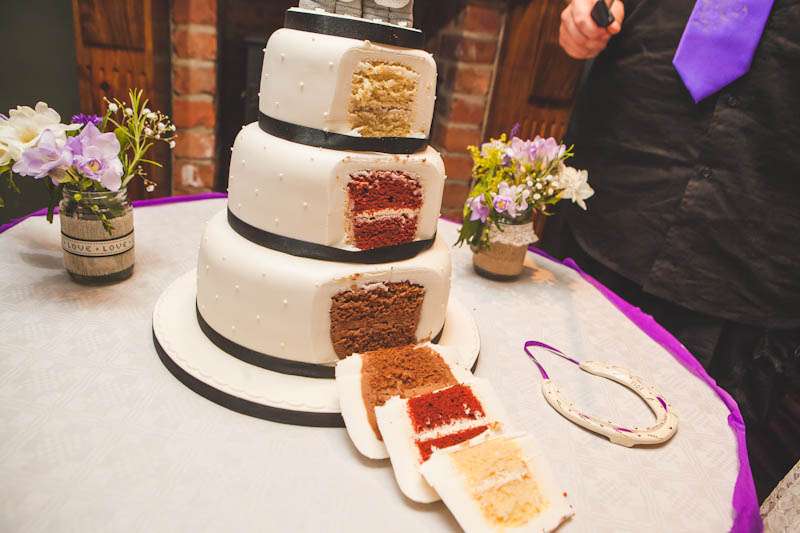 Despite having a small budget, the couple knew the photography was one of the most important things for them, and the spent as much as they could to get the photographer they wanted. They were able to save on the decorations by DIYing them and the venue by making an unconventional choice, but the photos – well there was no compromise. “I knew from the get go that photography was – vows aside – the single most important thing about our day”. Janet concluded. “I think that is reflected pretty clearly in our budget, with Chris making up 41% of the total wedding cost. Money very, very well spent if you ask me! With the super early 9:45am ceremony, we had a good amount of time to go off with Chris and create some awesome couple shots that we would no way have got with a more traditional timeline. I mean, where would we have found the time to traipse across Coventry, chill in IKEA car park, get thrown out of the store, and hang out in a pedestrian subway with a lovely busker who knew very few lyrics!? I think our favourite memories of the wedding day are of the time spent in the field next to the pub, which we got to by crawling through a hole in the hedge. Those photos sum up our feelings about the day, the three of us just hanging out, being happy, having fun, and not really caring about a single thing.” 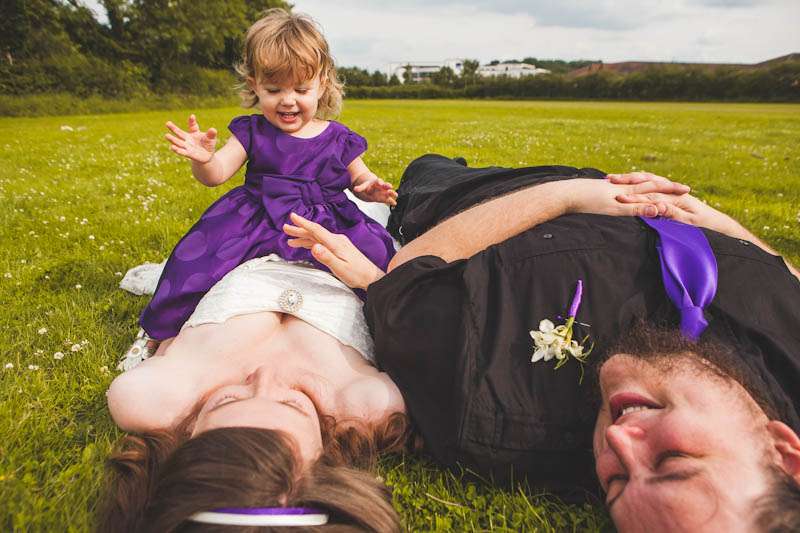 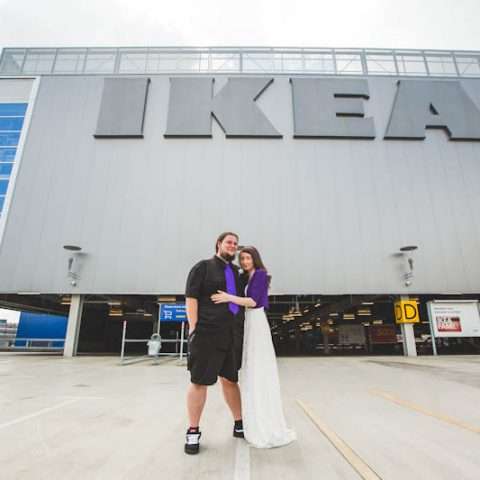 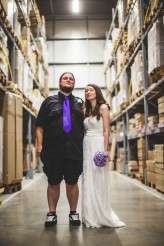 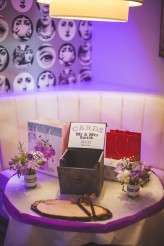 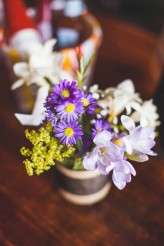 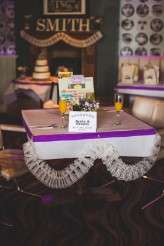 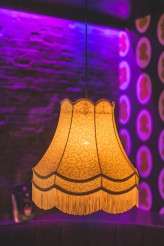 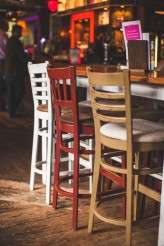 Ben and Emma wanted a wedding that was, above everything else, chilled out and relaxed. The day took place at The Star Inn in North Yorkshire, their guest list was limited and Emma bought and wore the very first dress she tried on. " What made our wedding so unique, was that we were sooo laid back about the whole thing", she explained."There were no 'bridezilla' moment and I only tried one dress on, my dress! Basically our day was about the three of us, we have a daughter, Noa who is 5. We did it our way with no bells or whistles. It was just relaxed, fun and full of love."

When I designed my wedding dress collection with Little Mistress, the thing I was most excited about was seeing real brides wearing them. So, when this wedding landed in my inbox, I was SO THRILLED to see Vicki looking so damn stunning in the silver sequin Pandora gown!