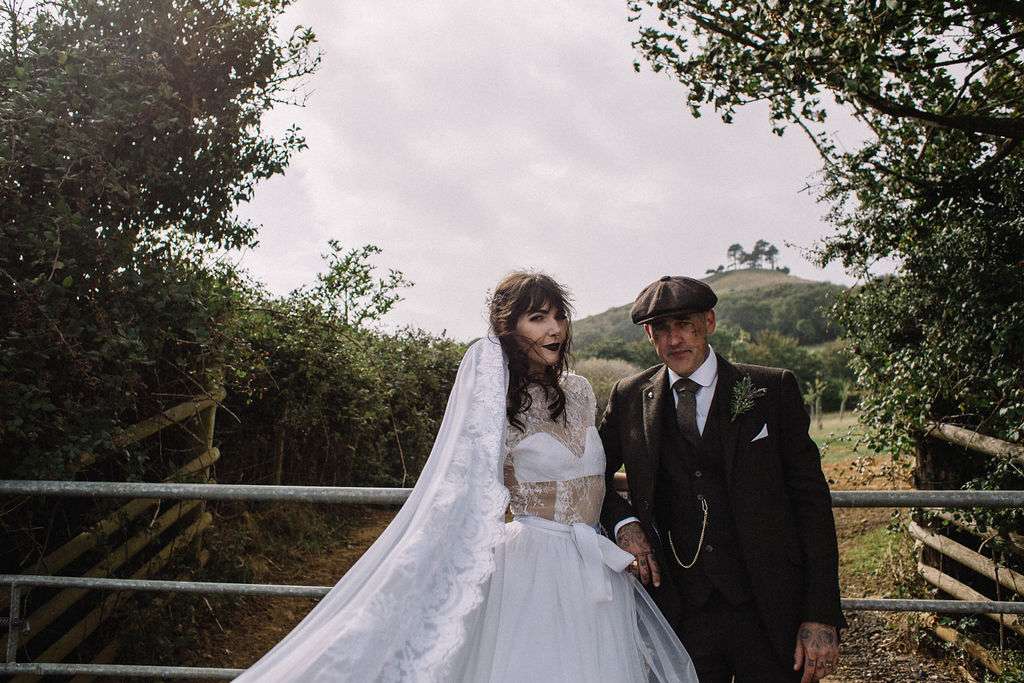 Charlie and Mark had a pretty unconventional, NSFW engagement shoot (which is actually one of my favourites we’ve ever published!) so, unsurprisingly, their September wedding shunned tradition too. They decided that they wanted a bohemian inspiredday with elements of Peaky Blinders and Wes Anderson. They did lots of DIY projects to make their day feel really special and personal. In particular they arranged all the flowers and created all the paper goods (invites, table plan, order of the day etc). 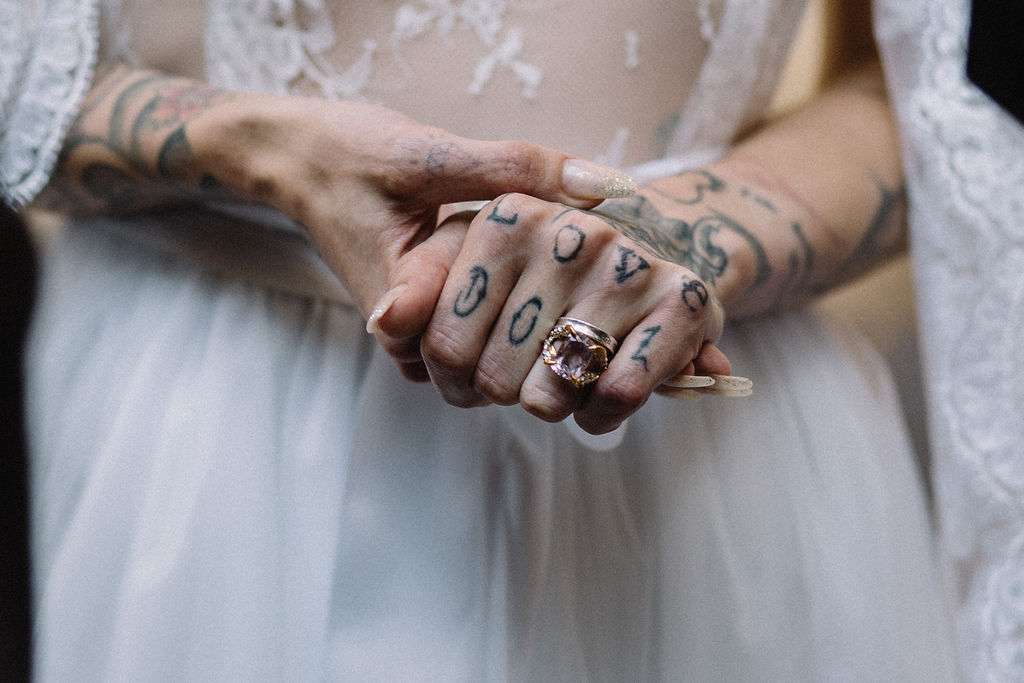 The day started with a short and sweet ceremony at The Tithe Barn in Symondsbury. “We didn’t write our own vows and chose a very simple but beautiful set”, said Charlie. “My dad’s best friend walked me down the aisle as my dad has passed away. As we came up the aisle and stood next to Mark, Mark turned to me and said ‘You look beautiful’ to which my dad’s best friend replied, ‘Thank you!’ It was a good nerve-settler as we all had a good laugh.” 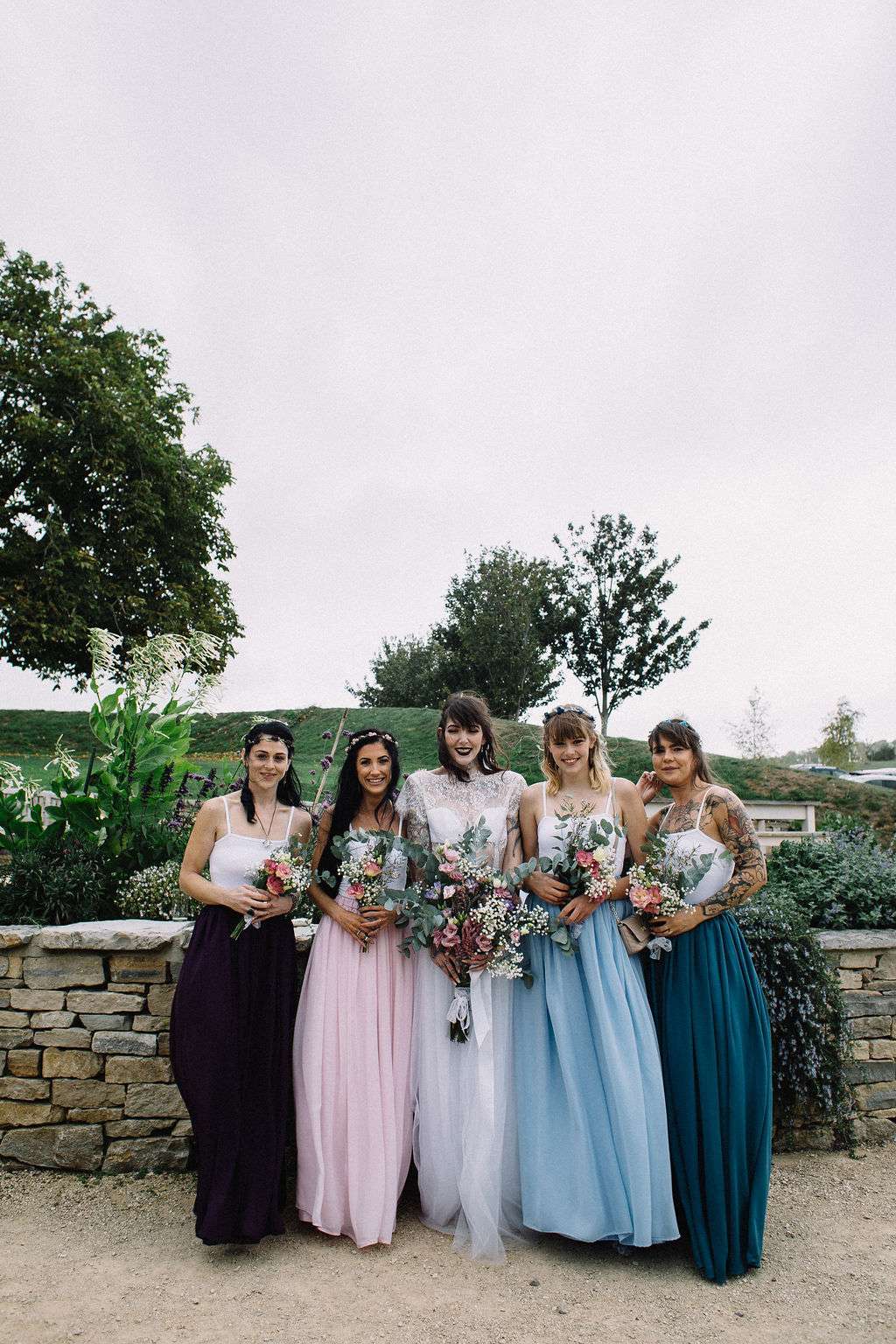 “We had the ceremony at the venue and that was nice to have it all under one roof”, she continued. “Seeing all the long hard work come together on the day was the best part, also seeing how happy we both were and all our friends and family.” 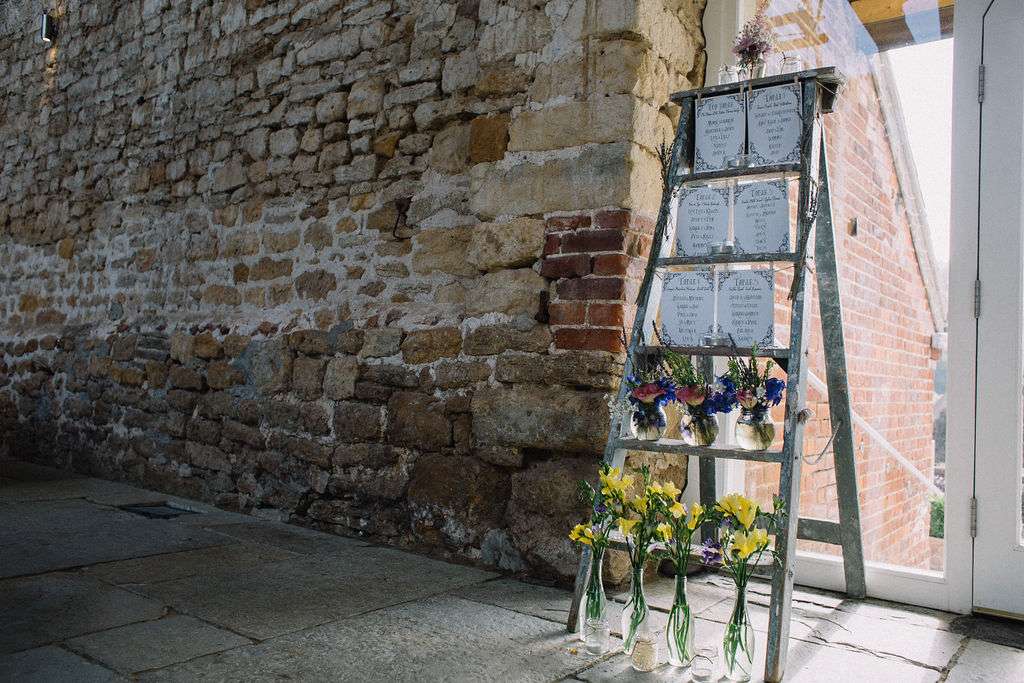 “One funny moment wasafter the ceremony we were outside having a cuddle and Mark had a glass of red wine in his hand, as we parted (you can see where this is heading) our arms collided and red wine went down the front of my very white skirt… There was not too much panic (apart from Mark feeling very bad!) and all the bridesmaids ended up in the toilets with me using white wine and water to get it out. It worked – catastrophe averted!” 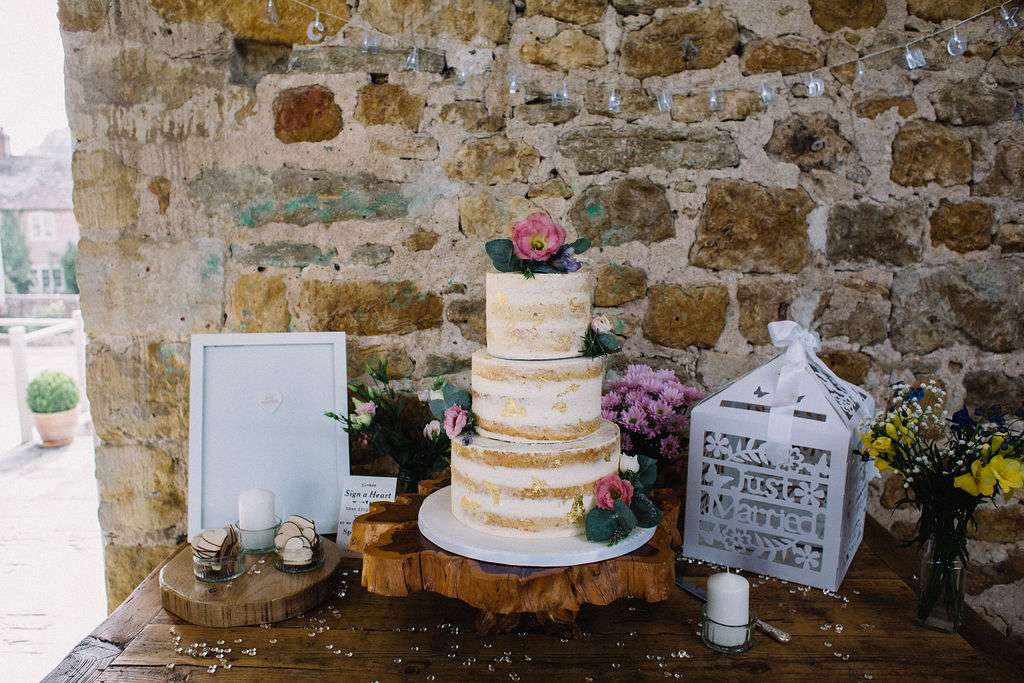 The bride designed her own dress and had it made by Ellice Lydia which was also a massive highlight. “Designing my own dress and having it made was amazing. In general we had full
creative control of our day and that was great! The hardest part was deciding on the table plans. We also live in Germany so we essentially planned the whole wedding from overseas. We wouldn’t actually change anything. We were so over the moon with how it all worked out!” 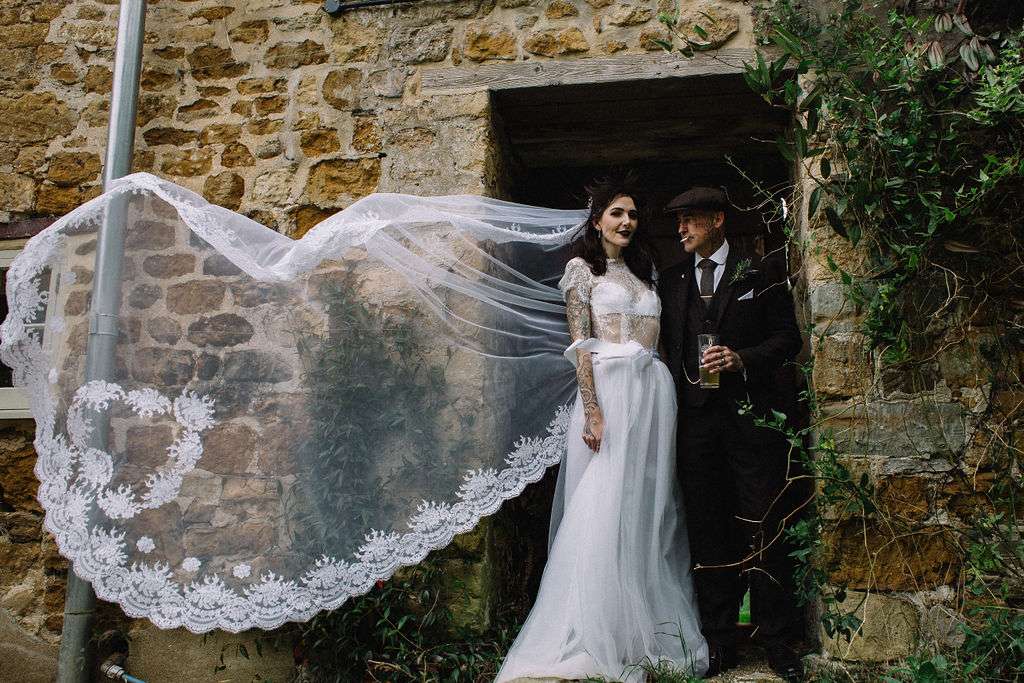 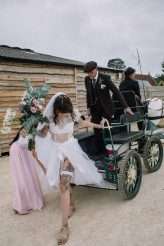 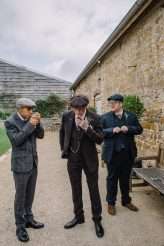 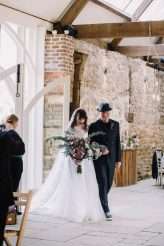 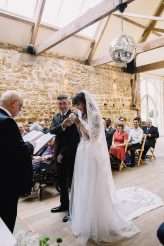 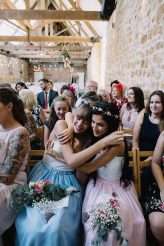 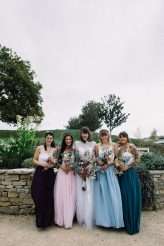 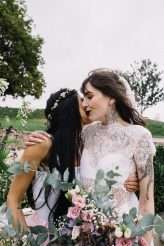 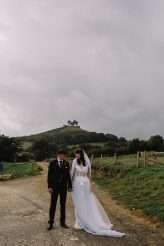 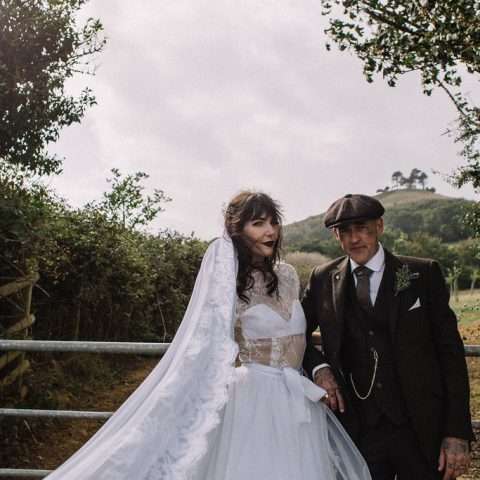 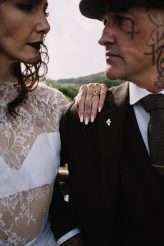 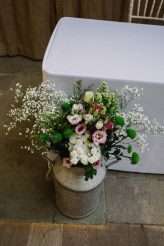 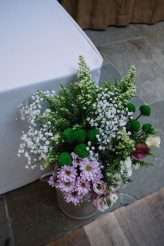 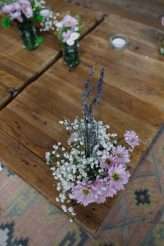 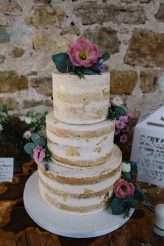 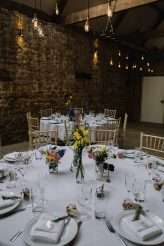 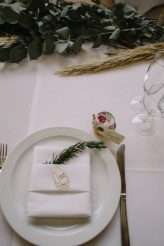 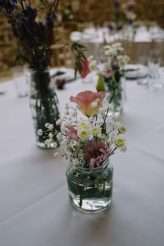 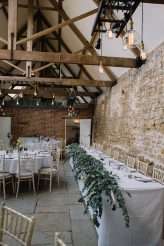 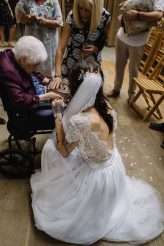