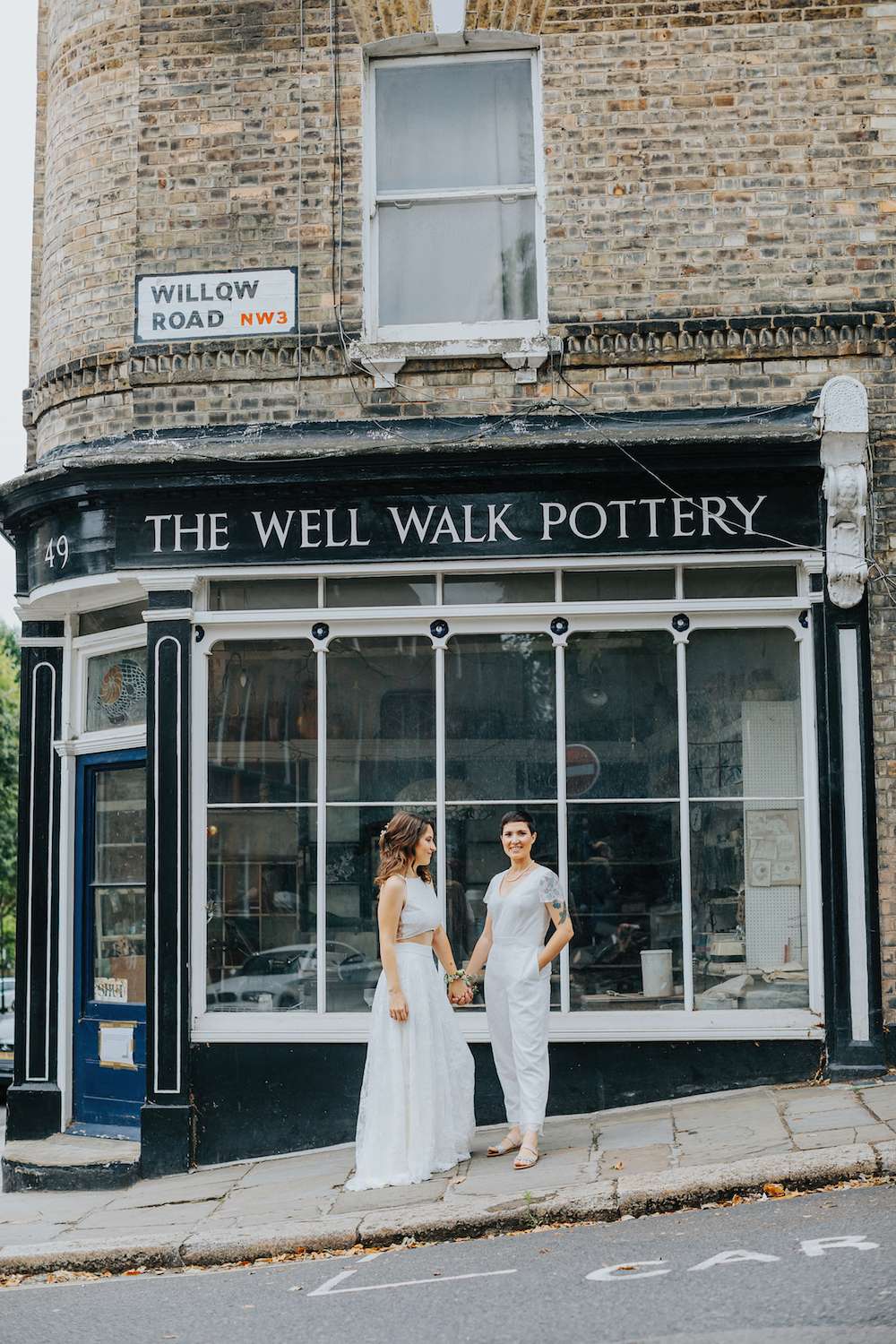 Emma and Roxy’s relaxed city chic wedding day is a totally beautiful celebration of love. It’s so easy to get caught up in the aesthetics of weddings or the little details, but at the base of it all, it should be about a gorgeous love story. This magical North London pub wedding totally does this (although it nails the aesthetic details too!)

“We didn’t have a theme per se,” they explain, “but we wanted to evoke everything we love about that area of London: the history and the nature. So we chose venues with lots of wood, natural light and greenery – a little bit of magic and an ode to the wonderful outdoor festivals we’ve been to. Our aim was to make people feel like they stumbled upon this special place in the heart of North London.” 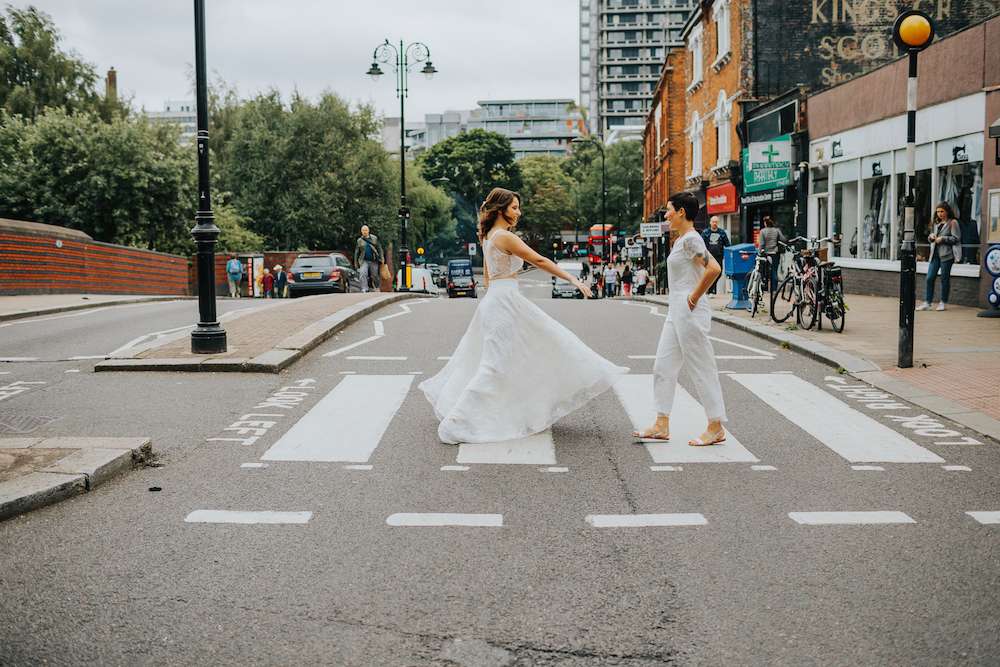 Emma and Roxy got ready together with their families before jumping in a black cab to get to Burgh House, where they then separately walked down the aisle with their parents by their side. Actually spending time together on the day was key to them, and would be their advice to anyone planning their wedding currently: “Lisa Devlin, our photographer, passed on the advice to spend time together on the day a few weeks before the wedding, and we’re so glad she did.” 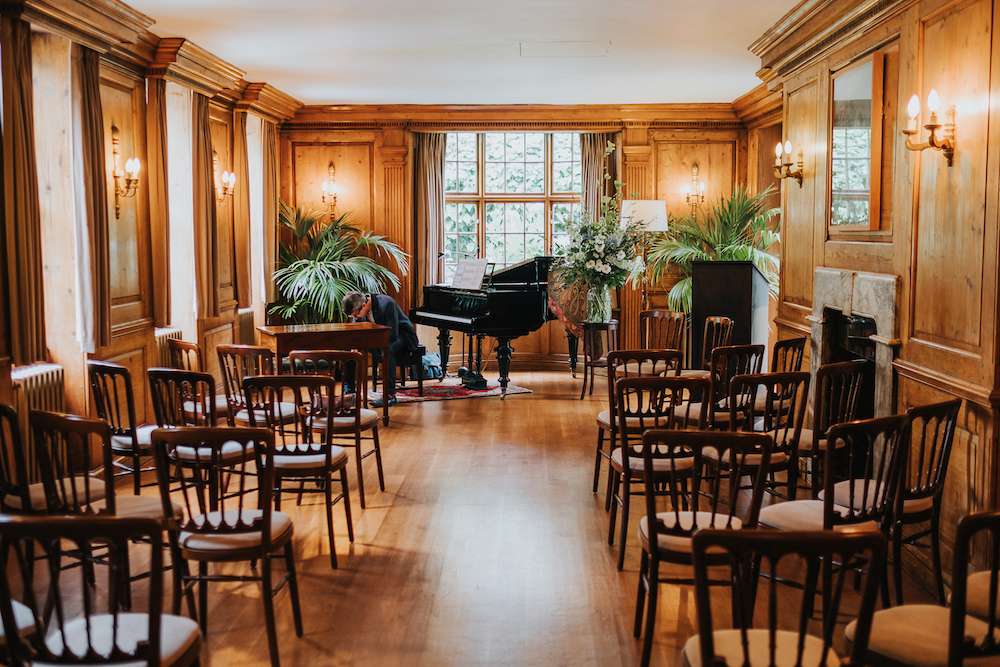 Despite feeling nervous about their personalised ceremony, it went perfectly. “It was such a special moment, and neither of us messed up our vows!” they exclaimed. “We wrote the script ourselves, which was important to us because we wanted to express what marriage means to us and write vows that support that. One of the many highlights was our pianist John-Paul Muir playing Cosmic Love by Florence + The Machine as we walked down the aisle accompanied by our parents.” 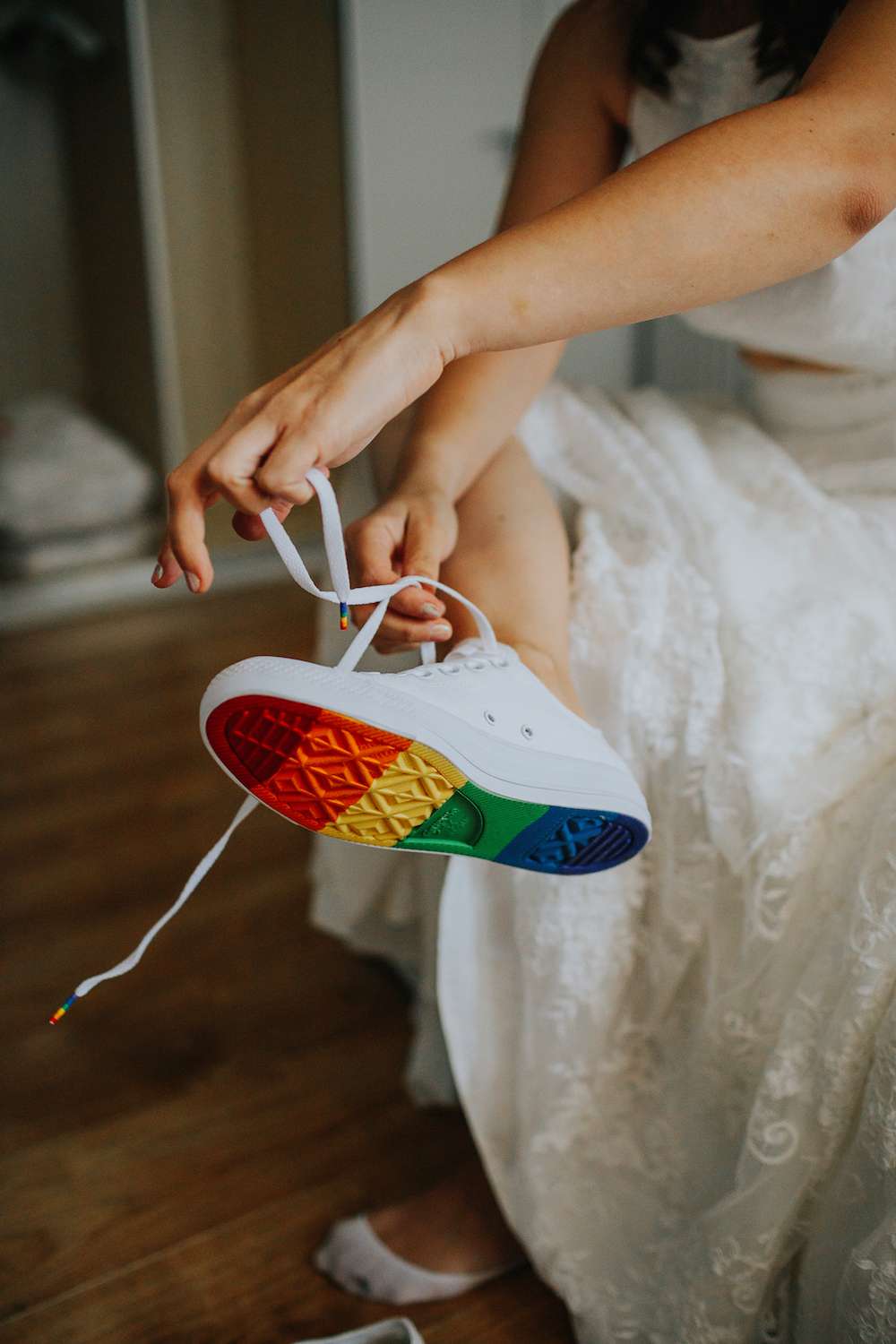 After post-ceremony canapés and congratulations , guests hopped into black cabs to get to the The Stag, Belsize Park, and Emma and Roxy had some breathtaking portraits taken in the surrounding streets. I’m a sucker for a walking shot – especially when the shoes are as good as Emma’s Pride Edition Converse – and their bridal separates and jumpsuit (made by House of Ollichon, who exclusively deal in alternative ‘dressless’ bridal) look SO good against London’s pavements. 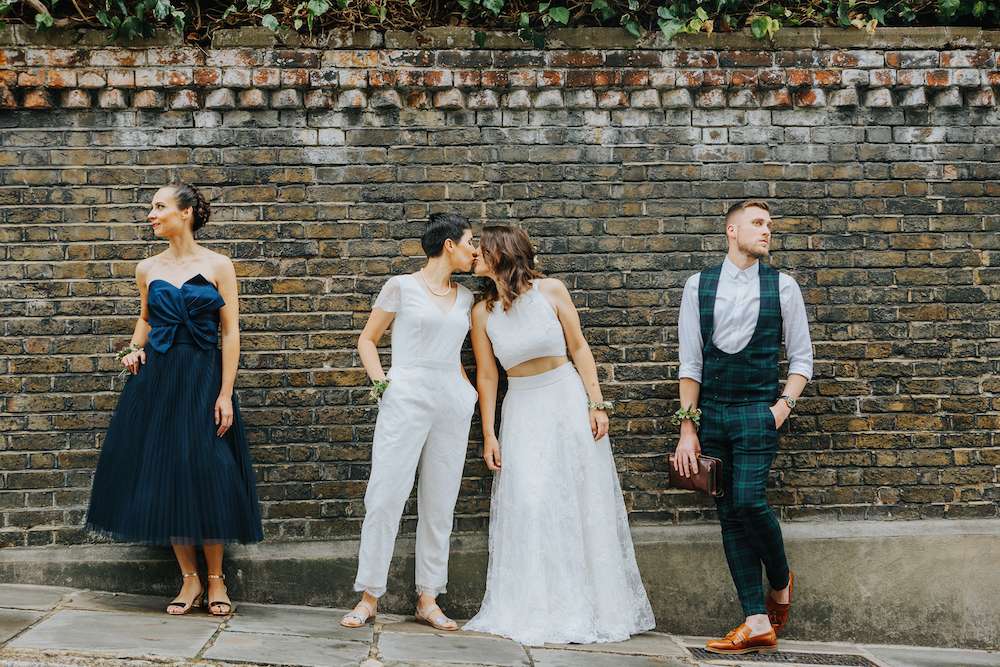 Once at the pub, they gathered around a long feast-style trestle table for eating, speeches, drinking champagne from the bottle (YES ladies), and a whooooole lotta dancing – they danced so hard to the last song, Starman, that they legitimately thought the floor was going to give way. 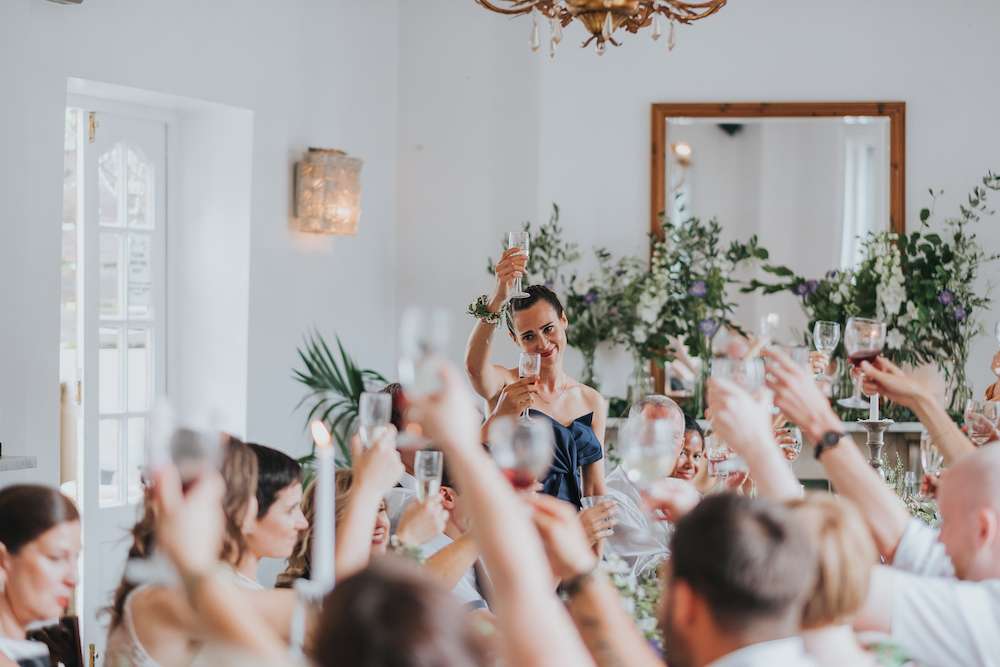 Emma and Roxy have totally smashed the chic wedding vibe without any boring traditions they didn’t feel any alignment to. “We tried to nod to tradition here and there without setting time aside for specific cliché moments, but they still found us! Roxy spontaneously pulled off Emma’s garter towards the end of the night; we didn’t do a first dance, but our first song was Prince’s Cream which was totally unplanned and hilarious! And even though we opted for a Neal’s Yard Dairy cheeseboard instead of a wedding cake, we still found ourselves cutting a slice of Oreo Cookie and blueberry cheesecake together.” 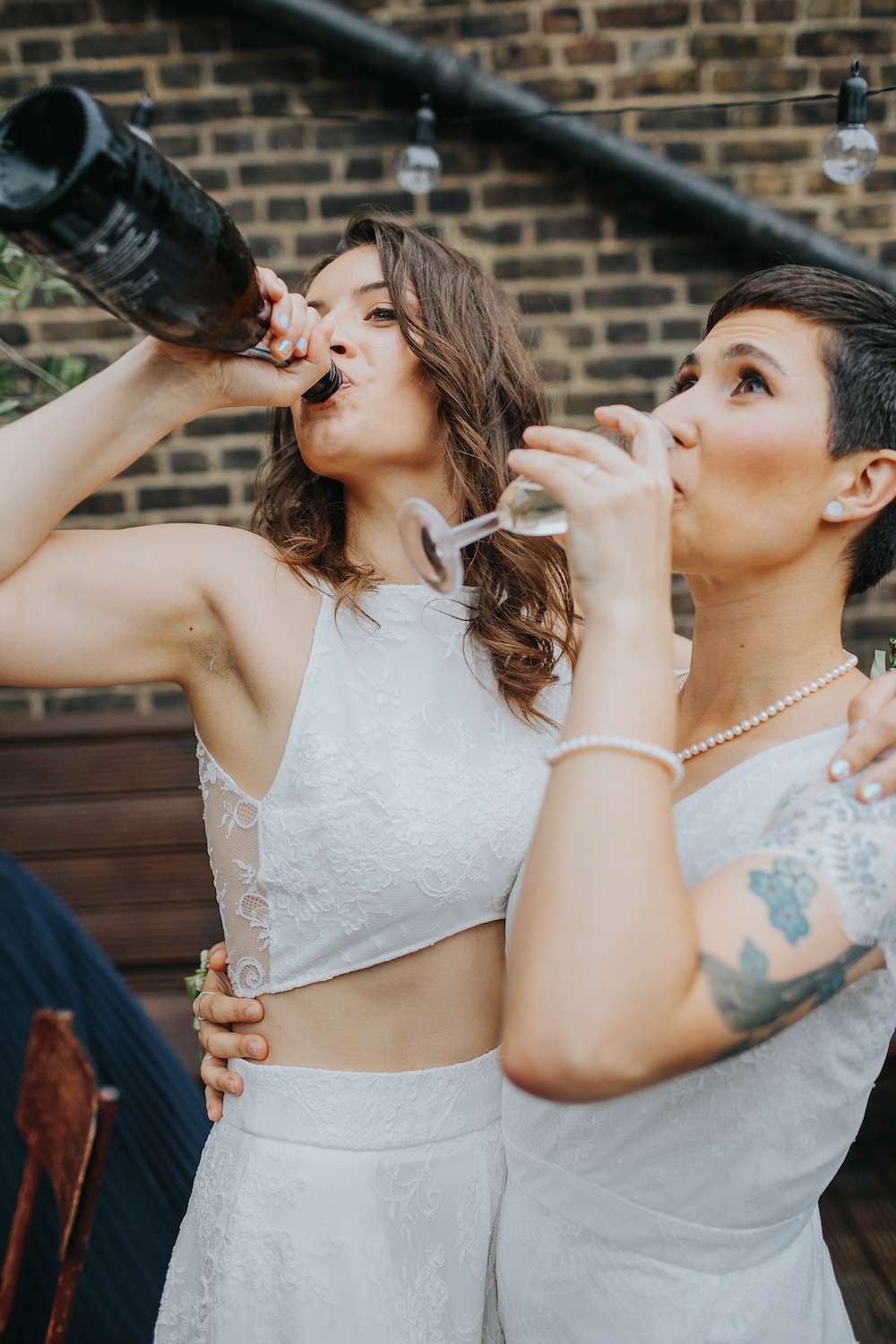 Looking back, they said, the budget does go out of the window a bit as you piece together your special day. “We decided to relax the purse strings a bit and just went all out, and it was those details – like spending a little more on the flowers, getting the best photographer, and picking the wine we really liked – that made the day. We did save money on some things – Roxy’s shoes, for example, and our venue had a reasonable minimum spend instead of a hire fee – but not compromising on the small things really is the take away. You’ll never think of the money you saved on your wedding day – you’ll only think of how you felt, how happy you were and how amazing the day was!” 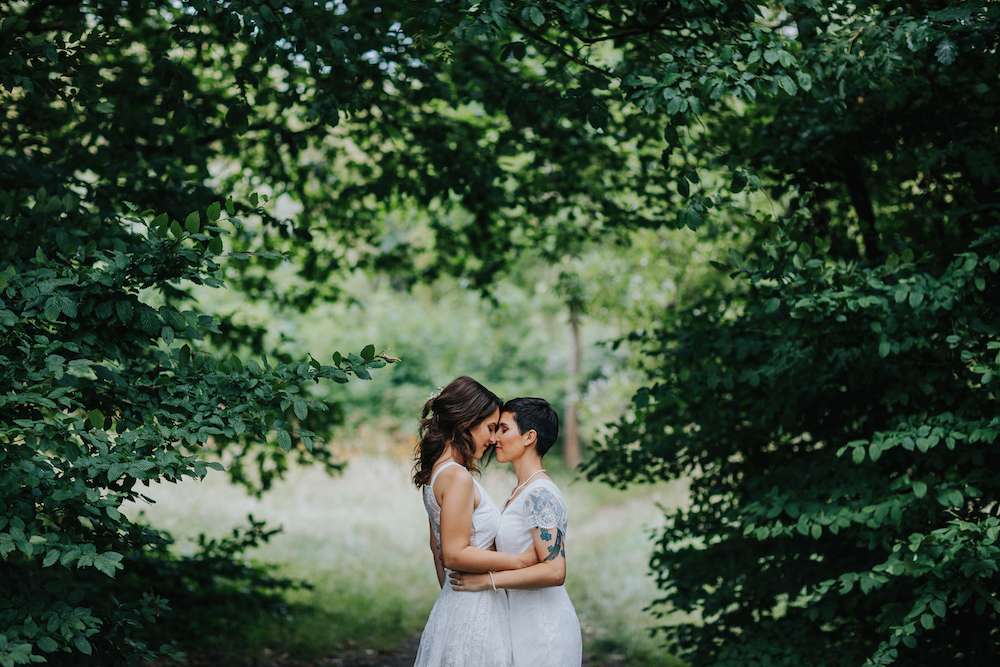 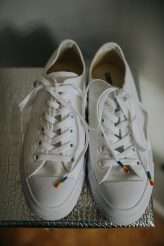 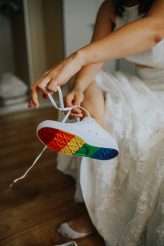 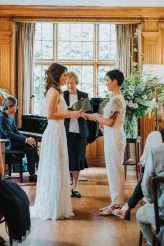 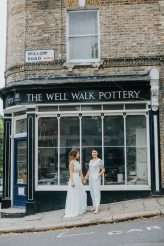 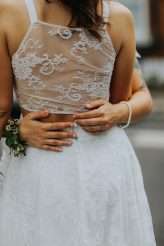 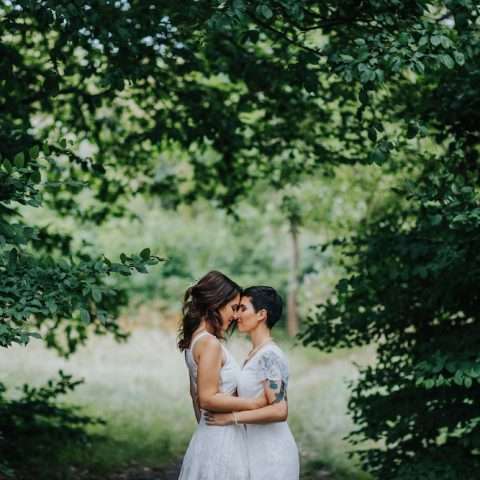 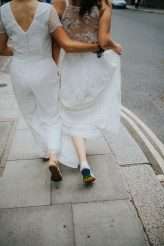 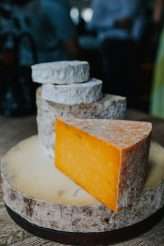 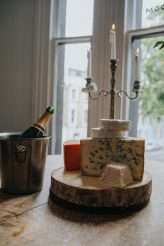 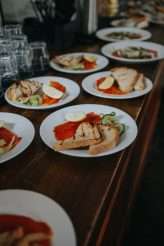 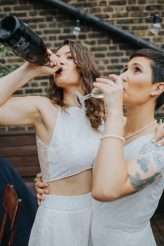 With gay marriage becoming legal across the whole of The United States and London Pride taking place this past weekend, this has to be the perfect time to share Chris and Russ' fun-filled London wedding! They were married in February at Islington Town Hall, followed by a meal at St John’s Tavern and an evening reception at The Star.

Ashlie and Steph wanted a stress and fuss-free pub wedding with minimal details and things to worry about! Although they made the table numbers, photo booth and favours themselves they also didn't stress over them. The most important thing was that they had a day that felt like them and that they were married by the end of it!