Cat and Harry are an easy-going kinda couple, so they wanted that reflected in their August wedding. Their ceremony was held at Islington Town Hall, and their reception at The Peasant pub down the road. “We met at a drum & bass night at Fabric nightclub, which is where we would both frequent back in the day”, Cat began. “Harry lived around the corner from it and we spent many a night there in our early days of dating. When having a chat with Steve and Jo, our photographers, before the wedding we discussed different backdrops we could use for our photos which were local to our reception venue. It turned out was just around the corner from Fabric so we did some photos outside it! The finished photos really speak for themselves and we absolutely love them.” 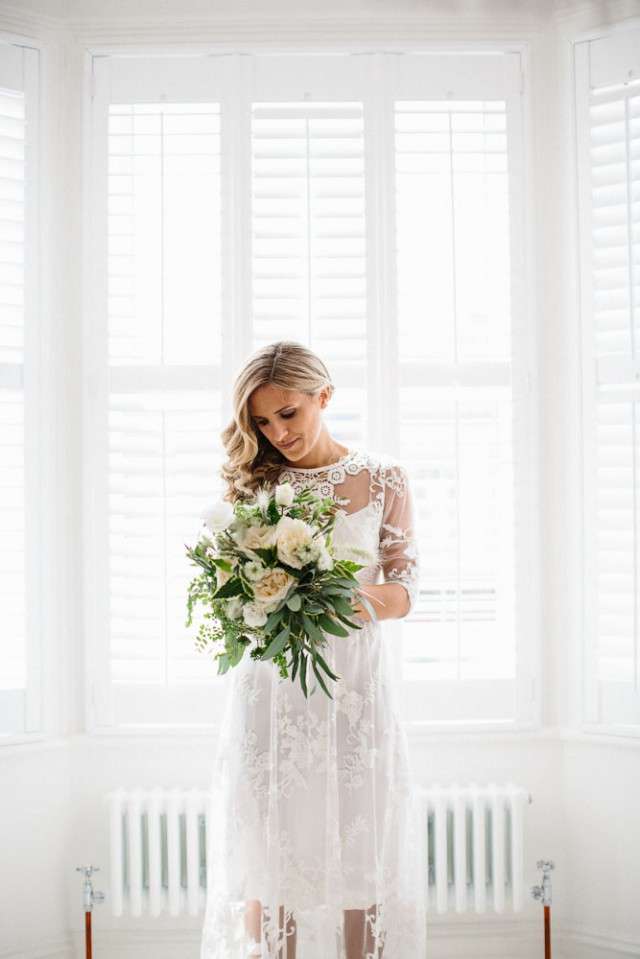 “The inspiration for our wedding was just that we wanted a low-key, relaxed and easy, good old knees up with our nearest and dearest”, she continued. “We had been engaged for almost two years and having a baby in that time had meant we didn’t want to get married any sooner but when we did, we wanted to pull it all together relatively quickly, fuss free without any ‘wedding planning’ stress. Islington Town Hall is a beautiful building and seemed fitting for our ceremony as we used to live in Islington. On researching pubs nearby  for the reception, The Peasant is just down the road, so it seemed like the perfect choice. It’s also a beautiful old London boozer and the décor means that nothing really needed to be added to it. It had a fantastic restaurant upstairs and the landlord, Nick, was such a lovely guy and incredibly helpful throughout so it all seemed to fall into place quite effortlessly. I think our wedding was a little different to the norm as we didn’t want it to feel too formal, we just wanted it to feel like a fun night out celebrating with all of our friends and family, with great food and good music.” 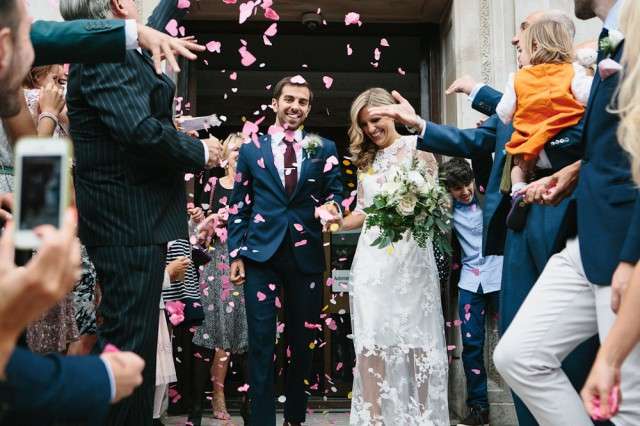 Although this couple kept things super simple, they did do a few DIY projects. “My plan to print guests names on sticky Dymo labels and stick them onto cardboard placecards didn’t quite go as effortlessly as I’d hoped”, Cat laughed, “as when I woke up the next day they had all come unstuck! I ended up having to painstakingly superglue each name to each place card. We also wanted to do something a bit different for our seating plan, we had the idea to use a cafe style peg board (I delegated the job of ordering it to Harry who ended up ordering a huge one which was as big as a door. We got there in the end though!) We love the look of old style peg boards and always planned to use it in our kitchen at home afterwards.” 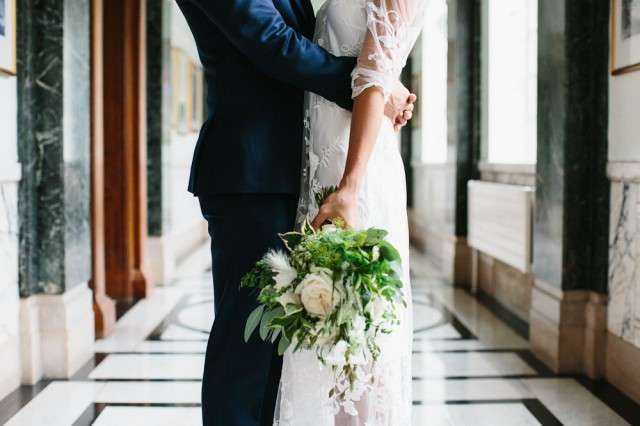 “I had planned to do the flower arrangements myself and had visited New Covent Garden Flower Market at the crack of dawn in the lead up to the wedding, but then decided to keep minimal stress and to find a florist to take care of everything. I found the amazing Palais through the supplier list of Lily Vanilli (who did our disco cake!) They were amazing and put all of the flowers in vintage jars. I handed out the arrangements to guests at the end of the night, so not to waste them, and Palais collected the jars the next day. I’m really pleased I didn’t scrimp on flowers as we do love flowers and they really made the pub look pretty special.” 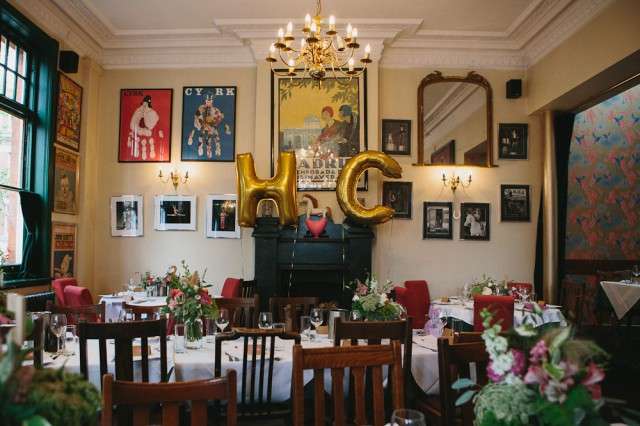 “As much as we tried to steer clear of going overboard spending money on typical wedding things that we thought we wouldn’t really want or need, we decided to go all out on some things just because frankly it was a great excuse to”, she explained. “We commissioned a disco cake which was bright pink and complete with fairy lights. We also put quite a large tab behind the bar as we wanted everyone to be taken care of and not have to worry about putting their hands in their own pockets. It was also a great excuse to buy a lovely pair of Chanel shoes, which I could easily wear again and again after the wedding. They were the first pair I tried on and again, not typical bridal shoes.” 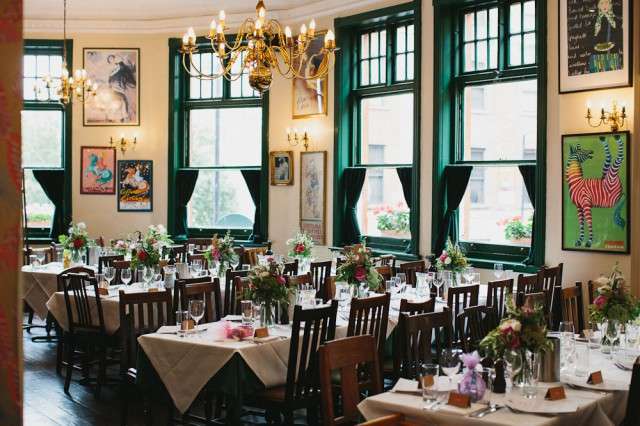 “However I saved money on my dress. In an effort to have minimal stress and fuss I didn’t go to any bridal shops or have any fittings, instead I went to a couple of vintage wedding fairs, one in Islington where I met the lovely Peach and Jo and the national vintage wedding fair in Chiswick town hall which is where I found my dress from Days of Grace. It was about the third dress I had tried on. I did need to have it altered slightly and after failing to find a slip which worked underneath I had one made by the fabulous Joe Allen in Islington. We also didn’t hire any transport for the wedding guests from the town hall to the venue, instead we hailed black cabs which worked really well.” 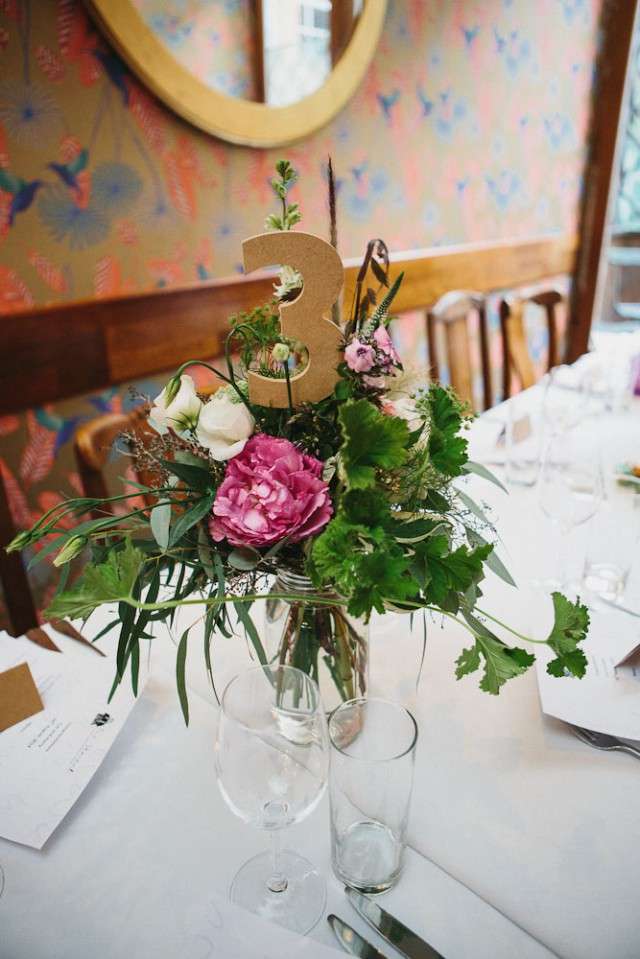 “In retrospect there was nothing I think either of us would change about the day, we had such a great time and all of our guests had a lot of fun”, she concluded. “I perhaps would have left myself more time to get ready in the morning or had more of a schedule. We did end up having to speed to the town hall and being 10 minutes late but it all worked out OK. Even the car breaking down we wouldn’t want to change as its a story and something we’ll be able to look back on and laugh about!” 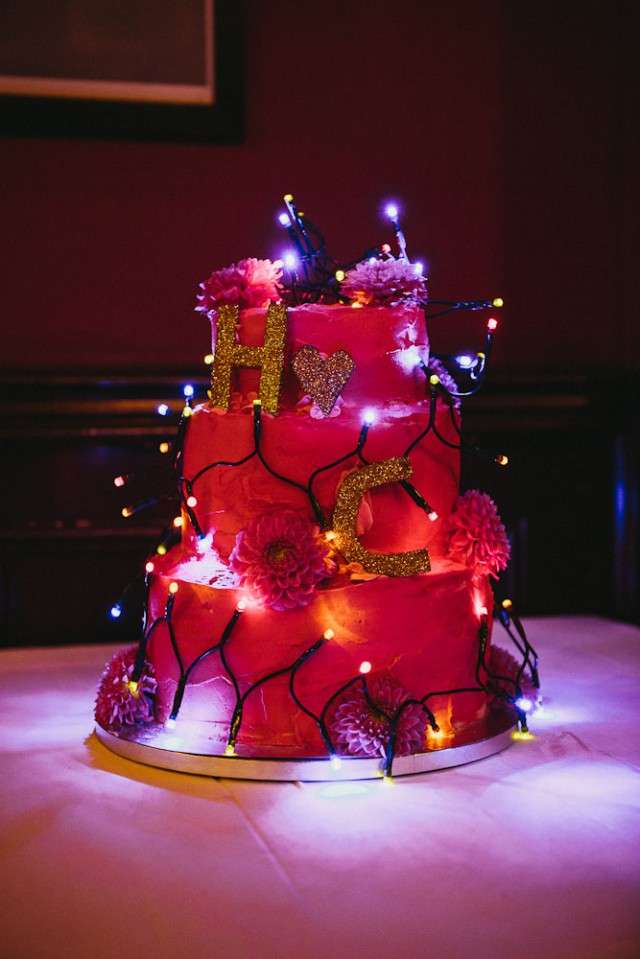 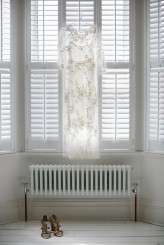 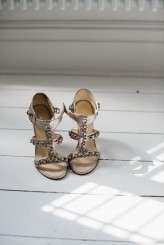 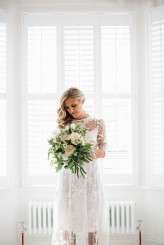 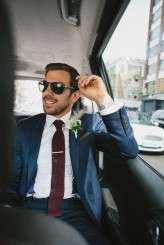 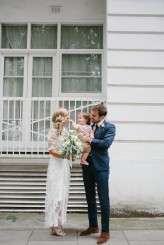 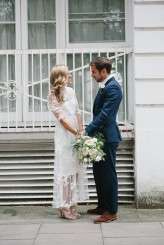 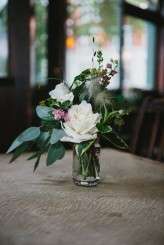 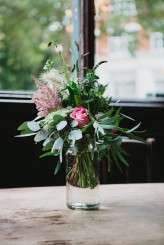 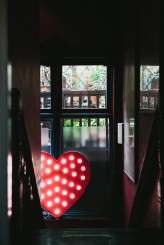 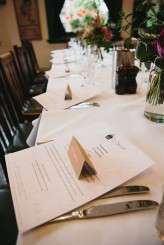 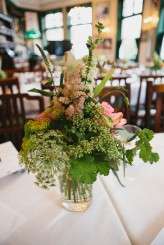 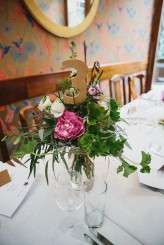 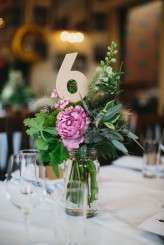 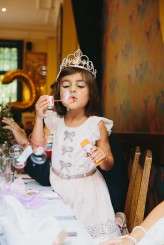 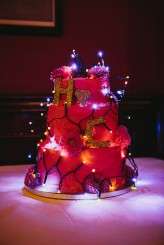