Whitney and Daniel were married at the bride’s father’s farm which not only saved money from their $10,000 budget but meant they could do whatever they wanted with the space. 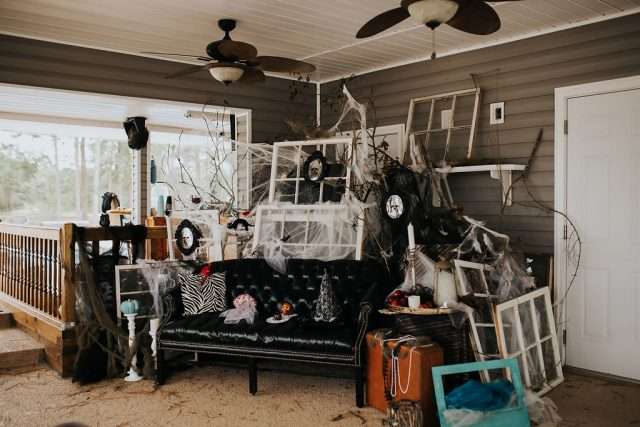 Their theme for the early-October wedding was rustic Halloween and lots of skulls! “We wanted to incorporate things we love to flow with our beautiful rustic night time wedding”, said the bride. “We had skulls everywhere. The colour theme was black and seafoam green but it had a rustic touch as well. The whole thing was furthest from traditional. Everyone wore all black and Chuck Taylors, even the preacher. Our vows were edgy, the pictures were incredible. Our décor was far from anything our guests had ever seen. It was perfect.” 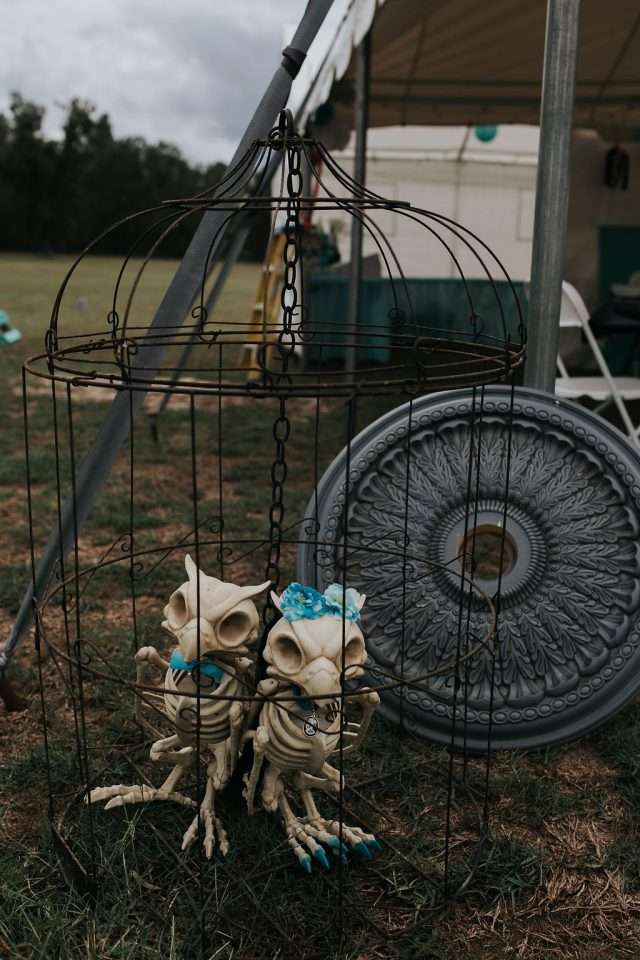 The wedding was an evening-only celebration with everything kicking off at 6pm. “The ceremony started at 6:00 in the evening”, she continued. “We allowed guests to either sit or stand up around the pool and look down toward the arbour. It was eight minutes from start to finish. We even had a good friend fly directly over us during the vows and throw rice from the place. It was short, sweet and definitely to the point.” 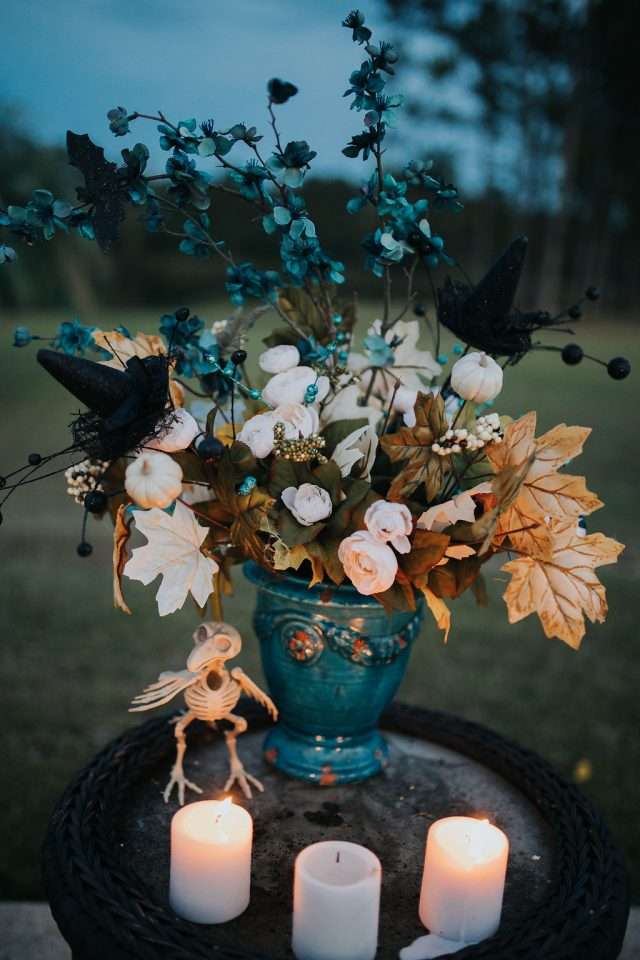 Everything was DIY including the gorgeous black ceremony arch which had vines and lighting on it. At the reception they made all the décor, signs and photo booth. “I couldn’t pick a favourite part of the day. The entire thing was amazing from start to finish. Especially the reception when you could either swim in the pool, dance or chill out around the Tiki Bar and listen to music. My highlight of wedding planning was shopping with my mama and getting everything together then being able to see the final product. It was incredible.” 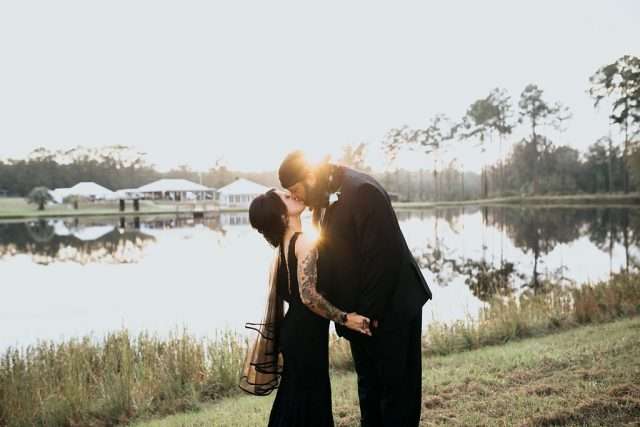 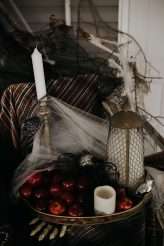 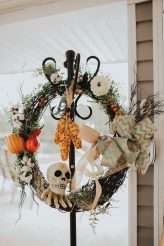 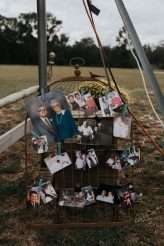 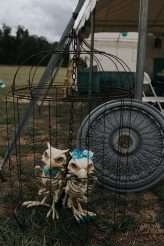 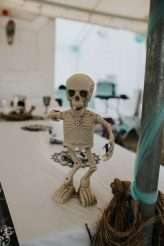 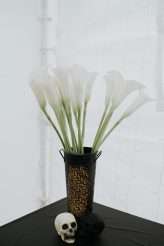 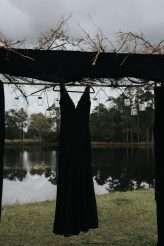 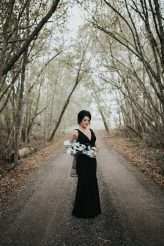 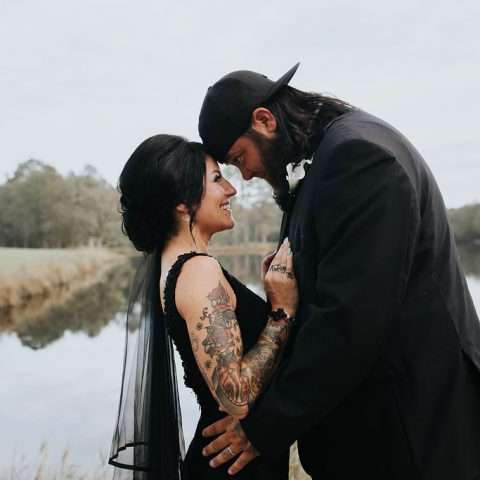 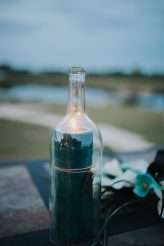 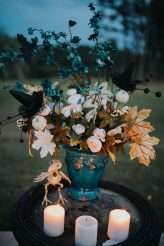 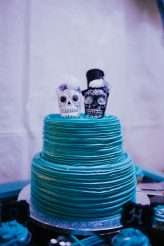 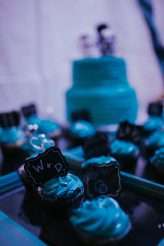 Halloween 2014 was the date that Chynna and Reginald said "We do". They were married at Morris Chapel in Stockton, California. "The inspiration for our wedding was anything and everything glamorous and creepy", explained the bride. "Our colours were plum, gold and black. We incorporated a perfect mix of black lace with 90s slasher film awesomeness."