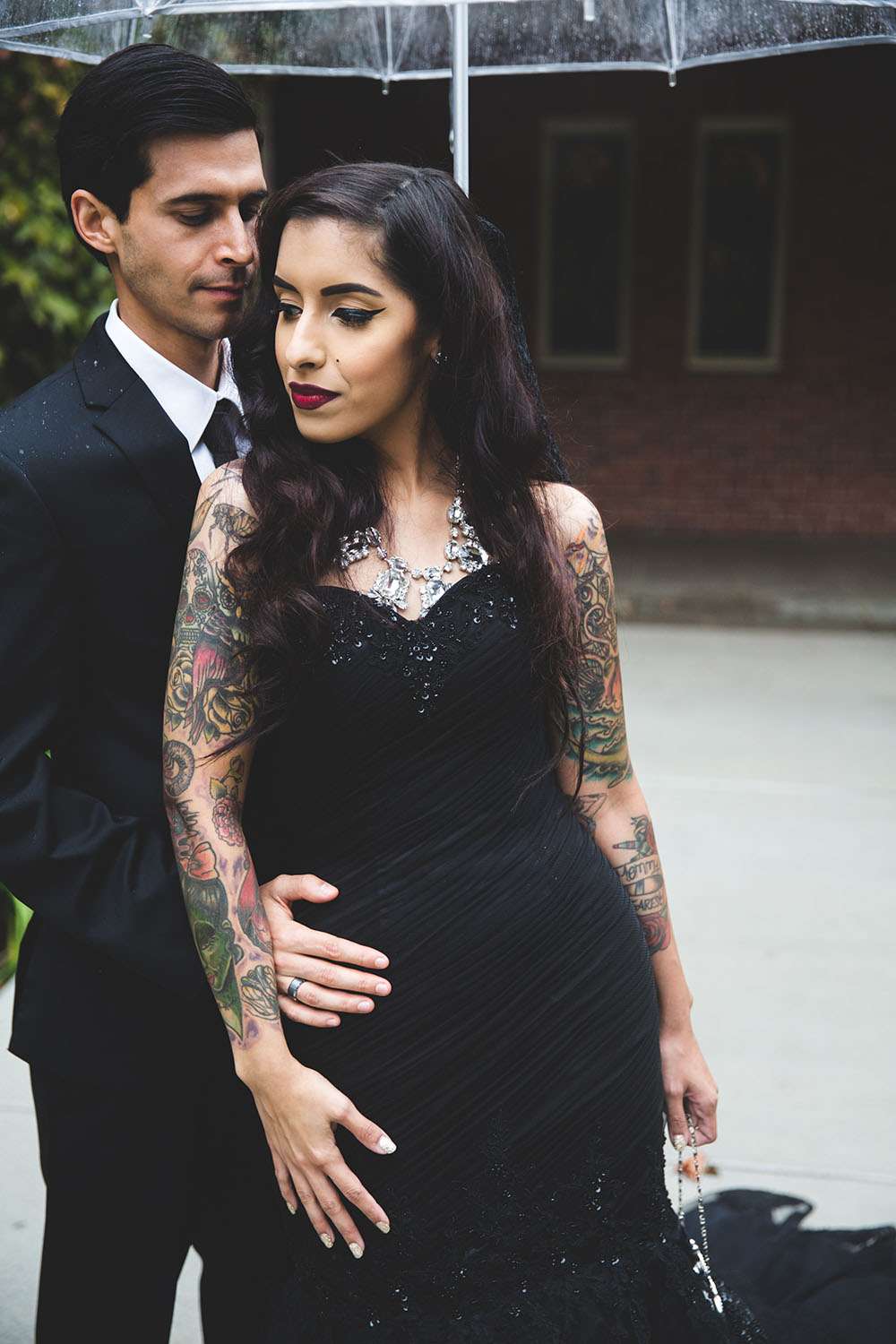 Halloween 2014 was the date that Chynna and Reginald said “We do”. They were married at Morris Chapel in Stockton, California. “The inspiration for our wedding was anything and everything glamorous and creepy”, explained the bride. “Our colours were plum, gold and black. We incorporated a perfect mix of black lace with 90s slasher film awesomeness.” 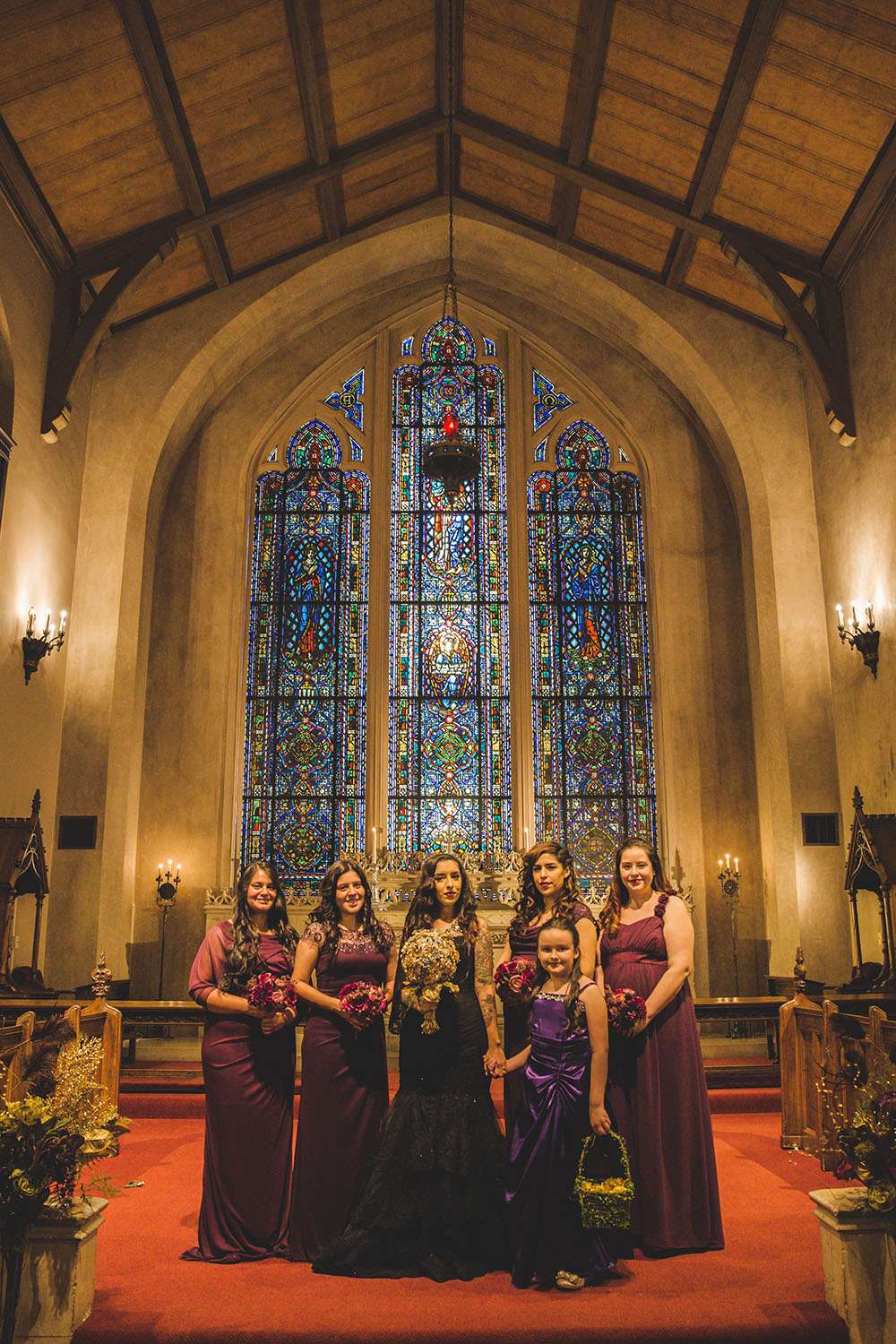 “Our tables were named for horror movie characters. Also, since the groom is a serious comic book geek, we tried to incorporate superhero touches as well. The best part was cutting our cake with Wolverine claws instead of a knife! We saved a lot of money on our décor by buying it right after Halloween 2013, when it was all on sale!” 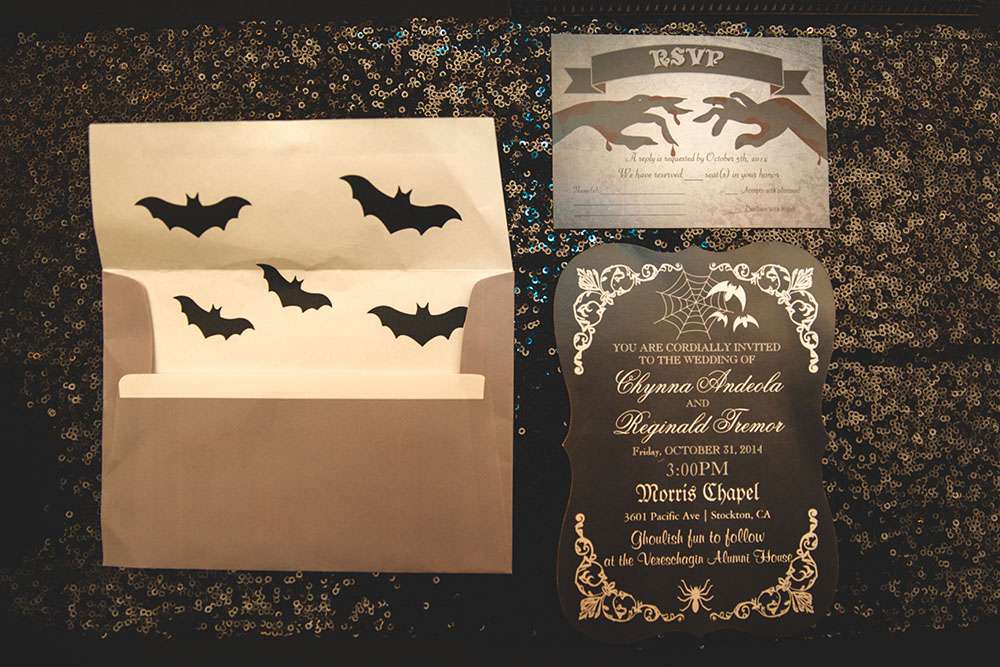 “Many aspects of our wedding would likely be considered ‘alternative’ by lots of people,” she continued, “but my absolute favourite thing about our wedding was small. It was the gold skull that our ring bearer carried our rings down the aisle in. My mother thought it was a bit morbid, but I disagree.” 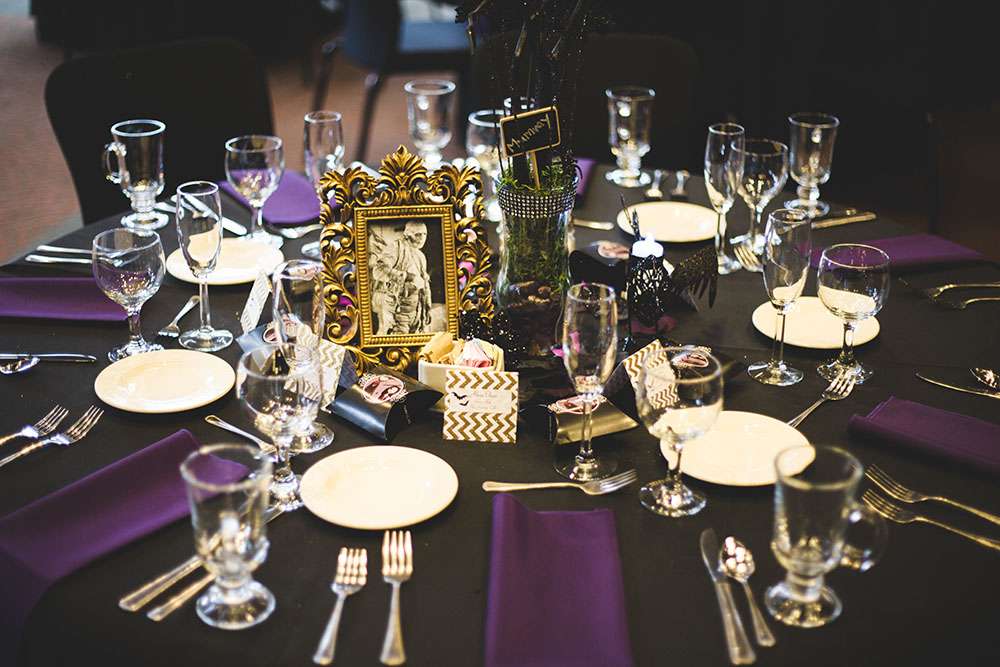 The bride’s incredible black wedding dress and veil came from Wedding Dress Fantasy. She made her own brooch bouquet. “My brooch bouquet was my biggest wedding DIY project”, she said. “I gathered brooches and other random sparkly baubles from my own collection, as well as a few from family. To bulk it up I took ivory flowers from the craft store and covered them with gold glitter spray paint. The result was beautiful (although very heavy), and I’m quite proud of it. I also made our cake topper, which included peg doll zombie versions of ourselves, along with our dog-daughter, Chuck.” 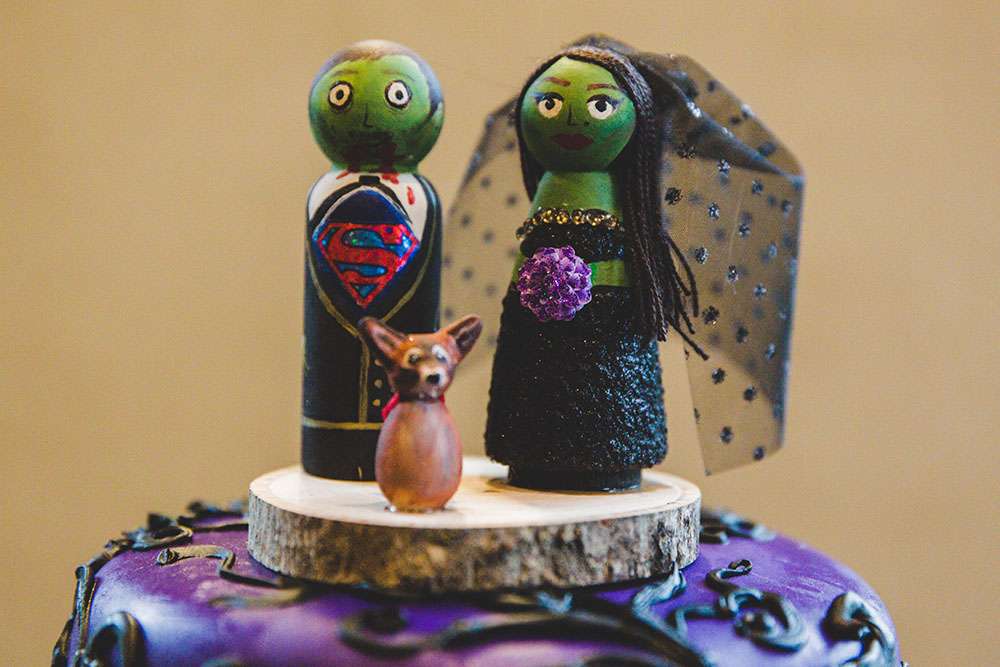 “Besides the obvious reasons, my favourite part of our wedding day was that it rained”, she concluded. “I know a rainy wedding day would be a nightmare for many brides, but I couldn’t be more thankful for our rainy wedding. Rain has always had the ability to put me in a wonderful mood, and it definitely added to the creepy, gloomy feel of our wedding. The only downside was that my hair was ruined by the time we reached the reception venue, but it was totally worth it.” 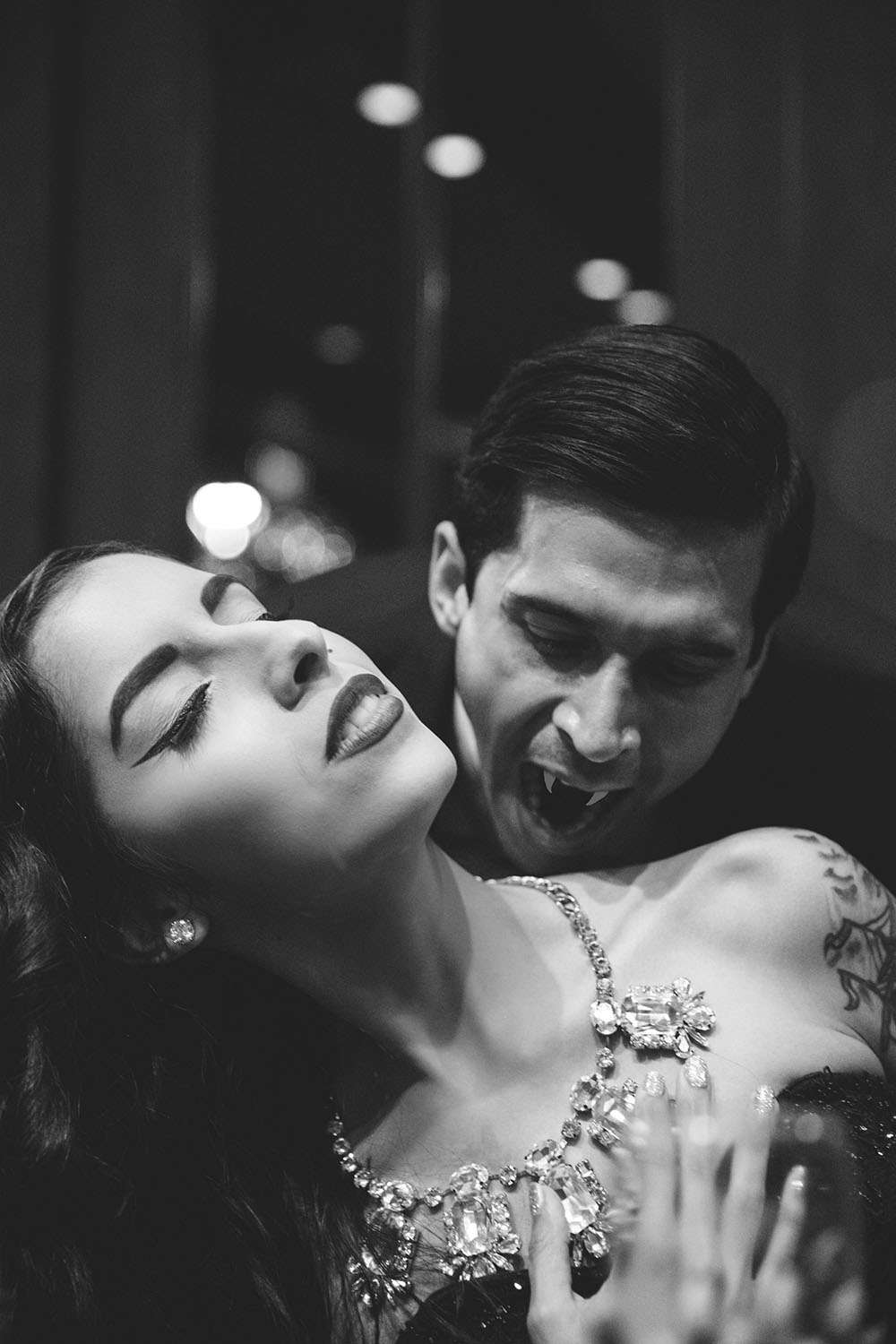 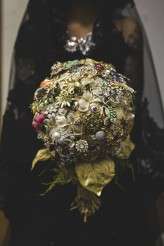 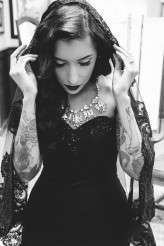 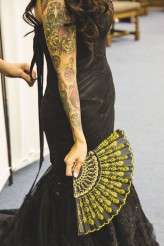 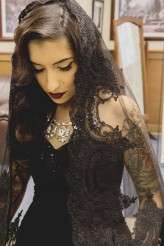 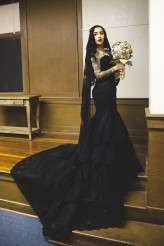 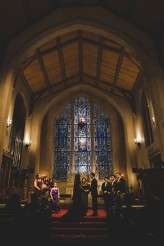 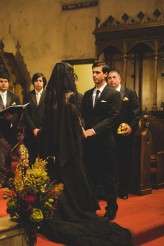 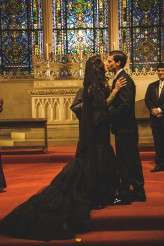 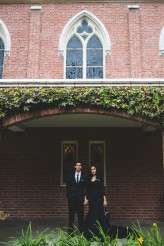 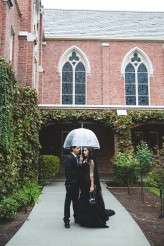 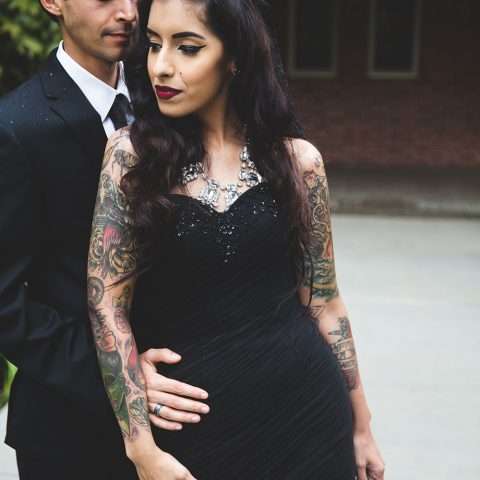 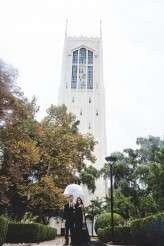 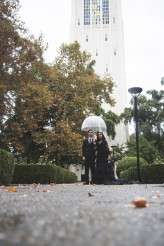 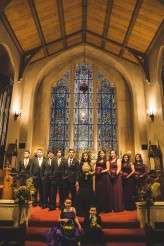 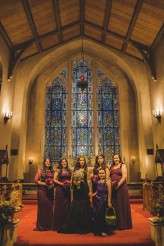 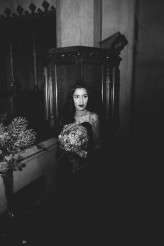 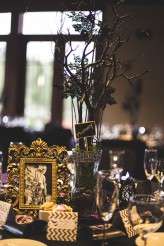 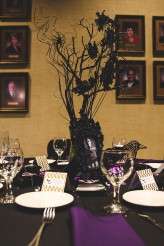 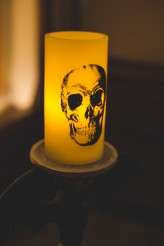 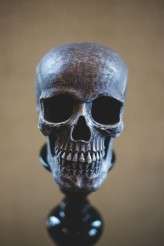 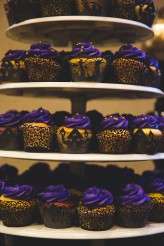 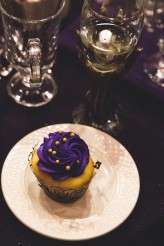 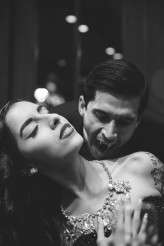 The inspiration behind Kris and Landon's big day was the fact that Kris has never been to a Halloween party... no, really! "It's the best holiday because your only obligation is to dress like an ass and then get candy for it. So we said screw it and threw a Halloween party,... but you know, just got married in the beginning." Kris explained.