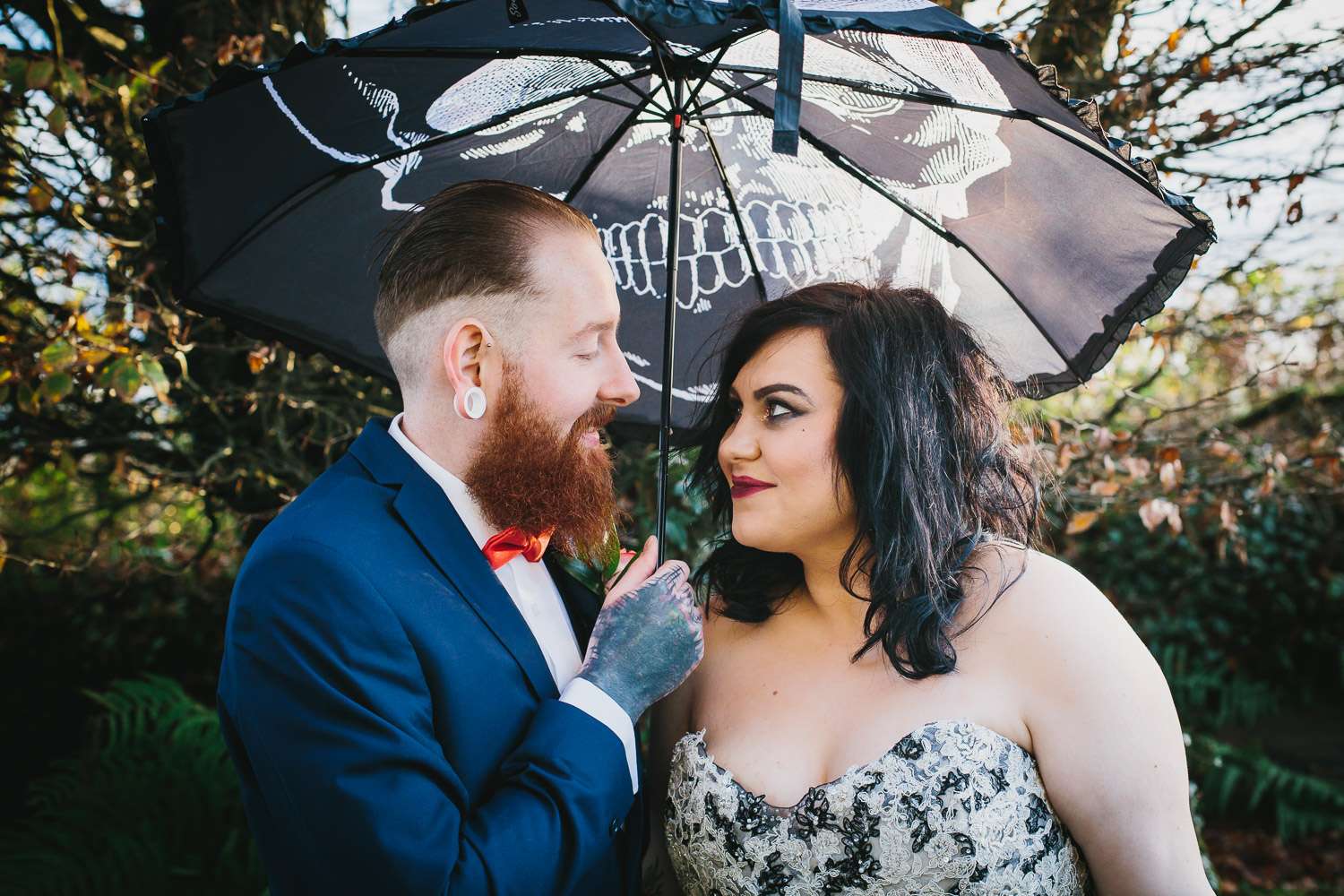 The inspiration for Laura and Martyn’s wedding came from their mutual love of tattoos, skulls, Halloween, metal and rock music, and Tim Burton. They wanted their wedding to be modern, but also gothic and romantic with creepy aspects!

“We have always liked creepy things so for our wedding we wanted to take something creepy and turn it into something beautiful,” explained Laura. “We searched through Pinterest for inspiration but we could never see anything that we really liked. We found it hard at first because kept worrying about what other people would think, rather than focusing on it being our wedding. We were worried people would think it was horrible and find it too creepy if we had skulls everywhere.” 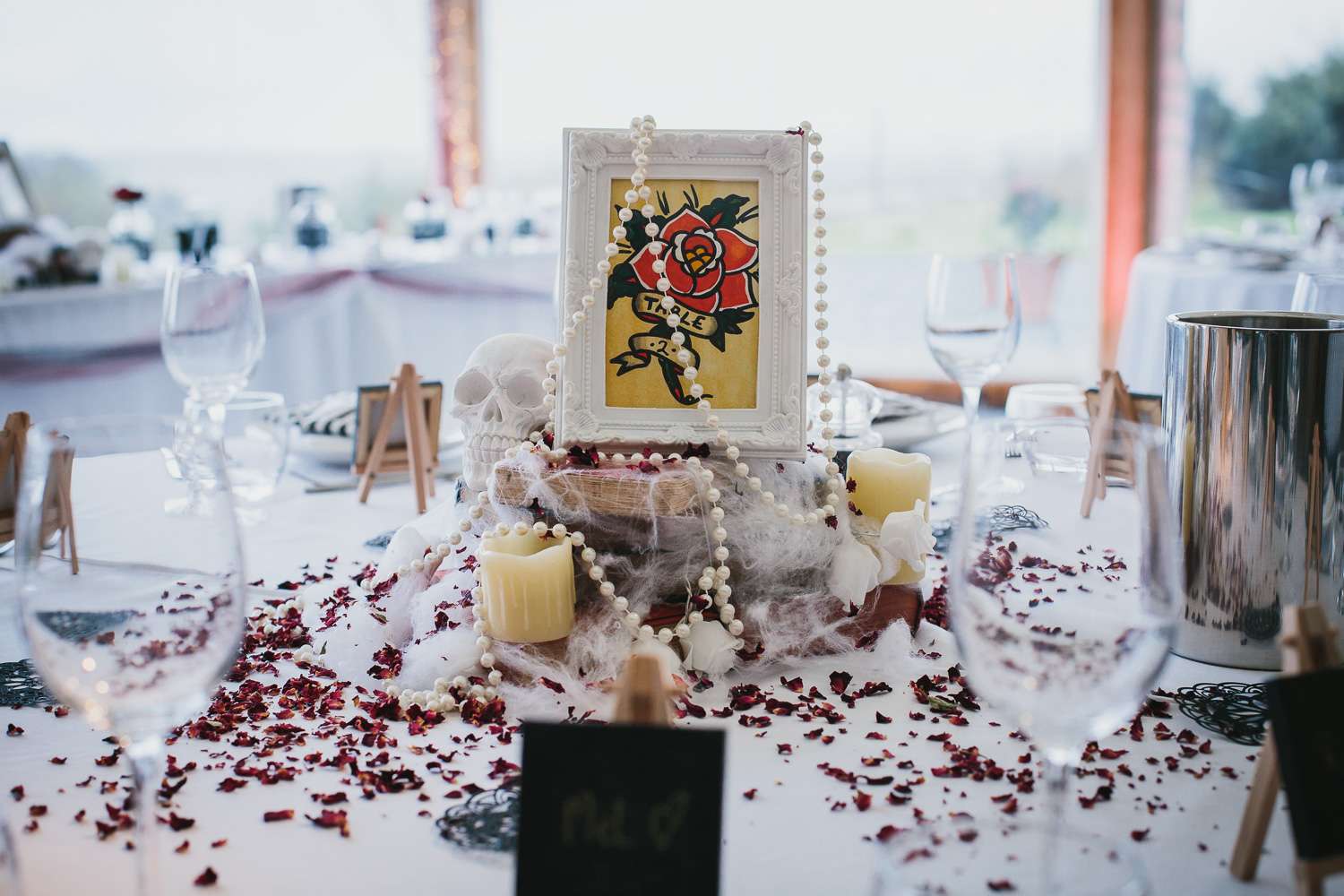 “We had a lot of dark colours rather than the traditional white or ivory which a lot of people stick to. My make up was quite bold too. We also didn’t have any speeches as we really didn’t want to put any stress on my dad and Martyn who don’t like public speaking. Our aim from the beginning was to just get married, eat, drink and party! We sure did we party… until 3:30am!” 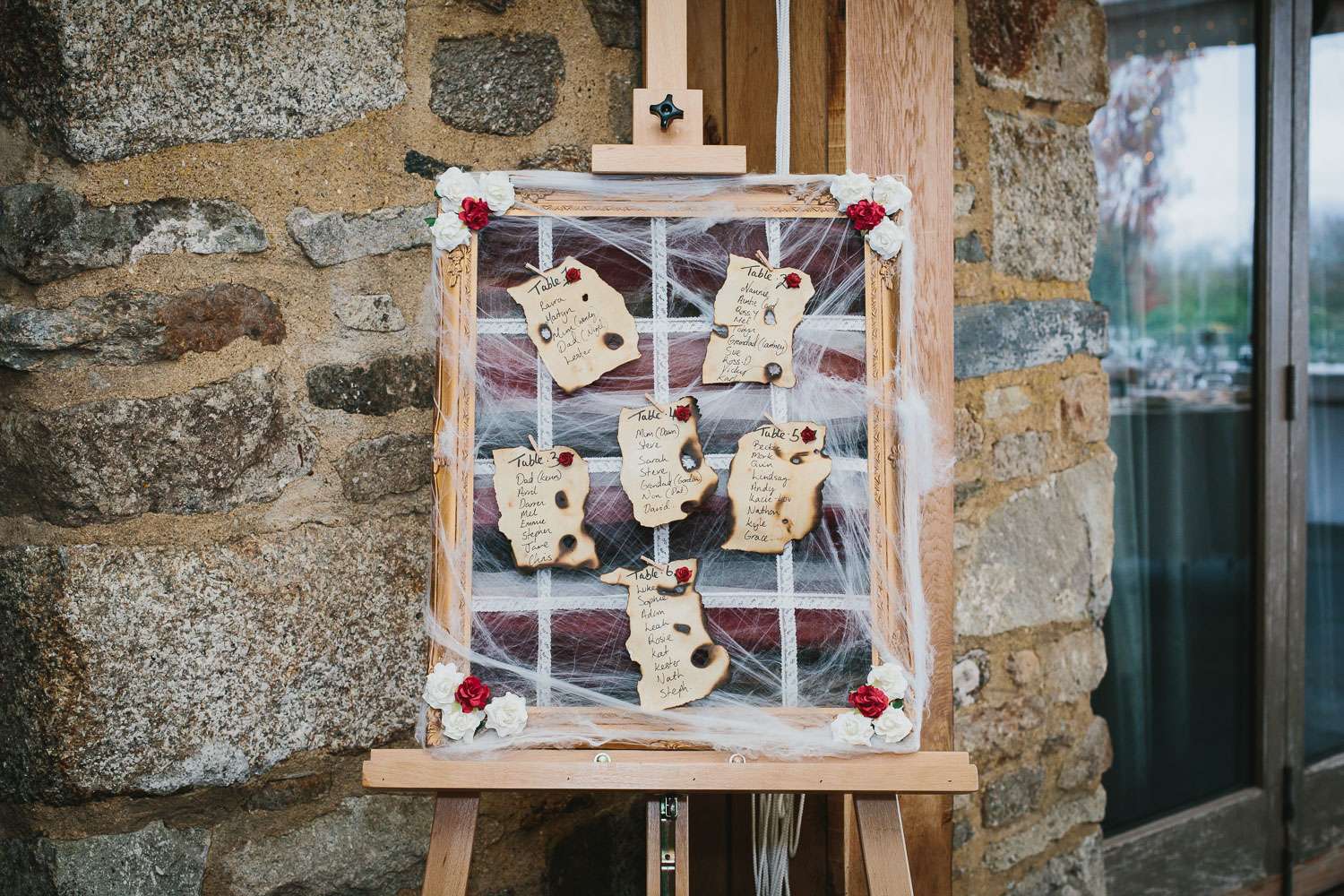 The couple kept their wedding ceremony small, with just their closest family and friends present. “I entered down the stairs to Oh Ms Believer by Twenty One Pilots,” described Laura. “I remember my heart beating as the music started and I was shaking. I caught a glimpse of our guests and started to tear up before meeting my dad at the bottom of the stairs and walking to Martyn, who had also teared up! We walked out to Crazy Train by Ozzy Osbourne – we were a little nervous about it as our exit song, but it really went with us and started the celebrations off on an upbeat tempo.” 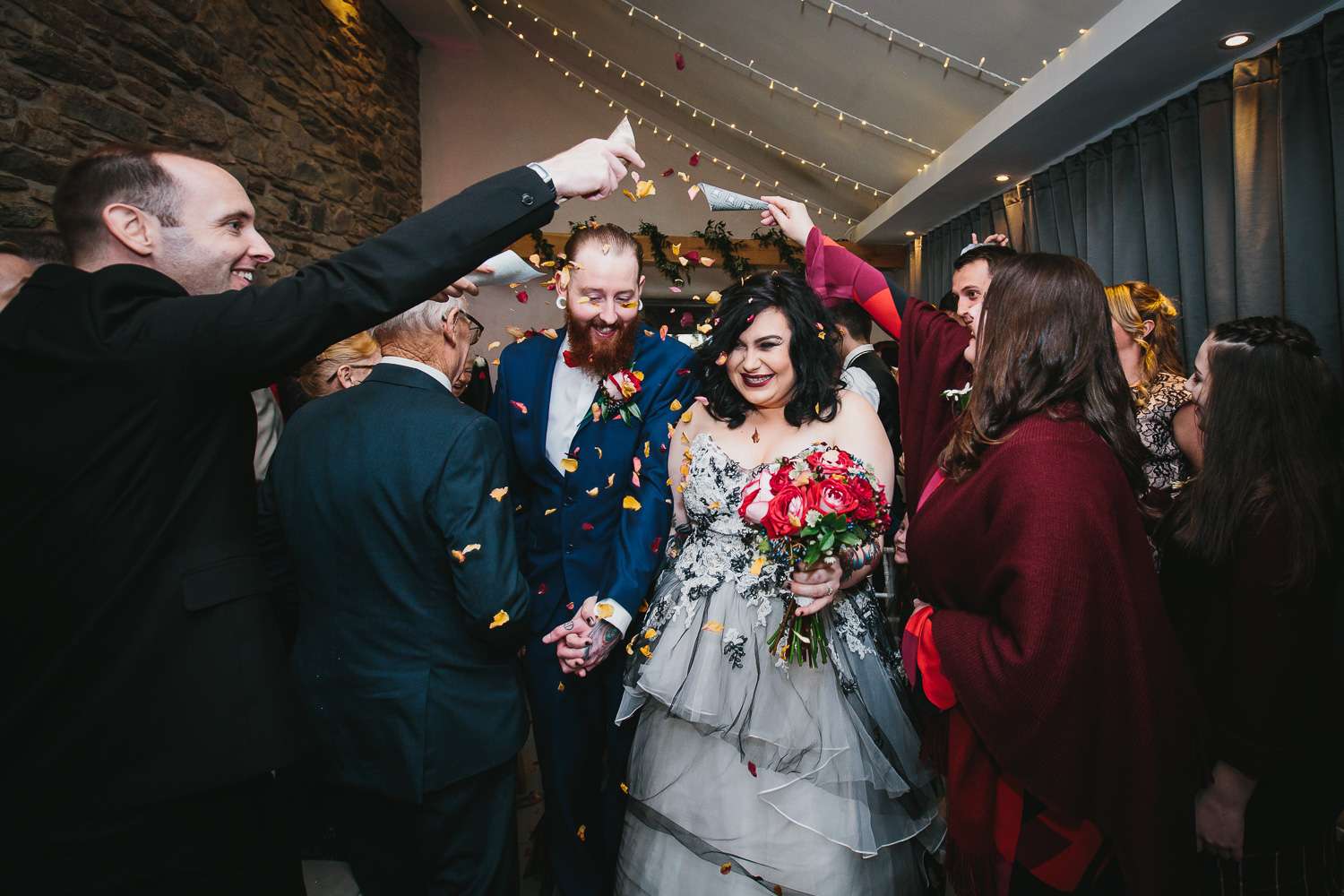 “At our first dance our guests joined in while all wearing ginger beards! We absolutely loved it! We partied too hard and both missed breakfast the next morning! The extra time in bed was totally worth it though.” 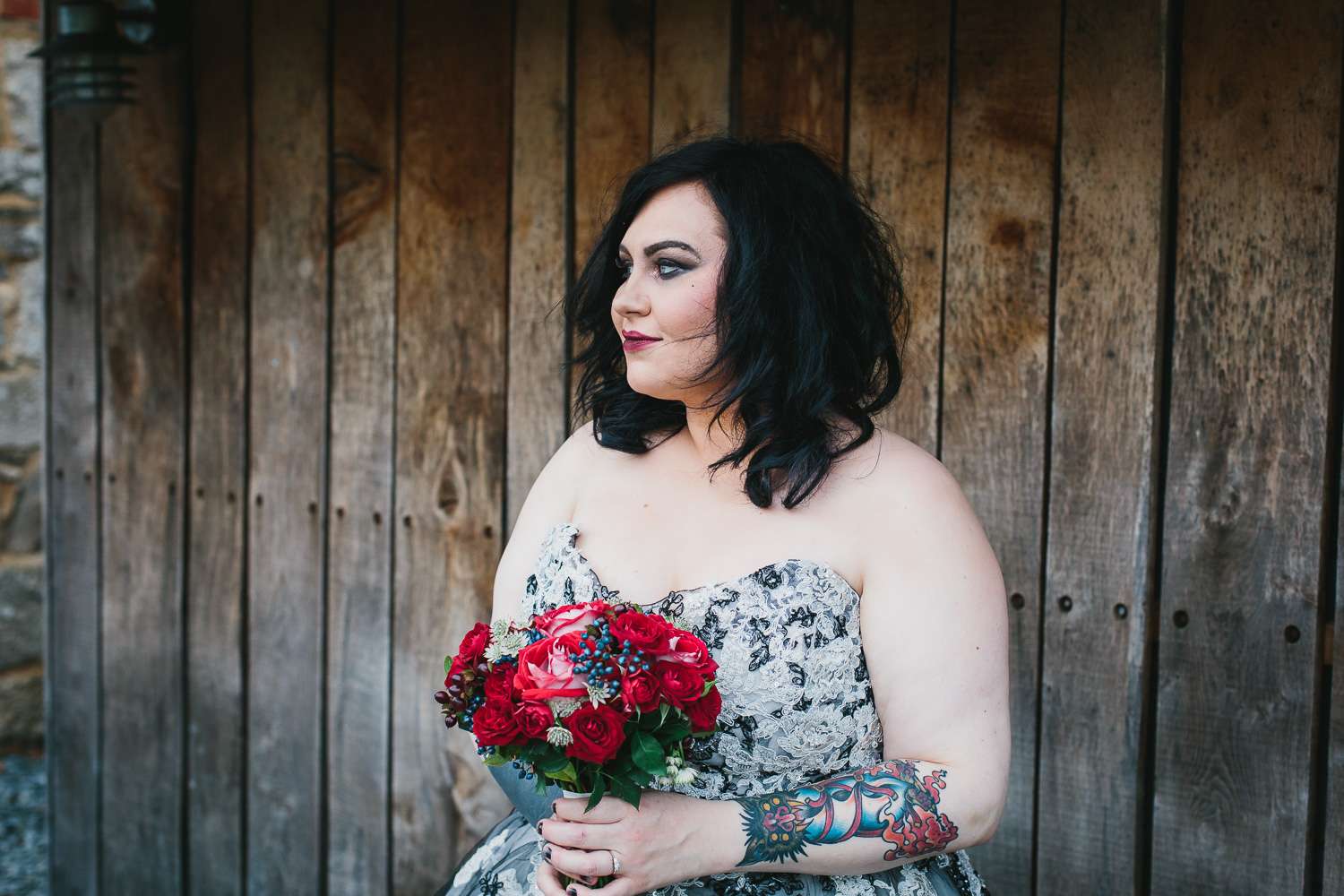 The couple’s biggest expense was their wedding package at their venue but it meant things were a lot easier to organise. “It was a big lump sum but having a package made it easier because all of our accommodation, food and ceremony room were all in one place. We just had to choose our food selections and decorate the venue.” 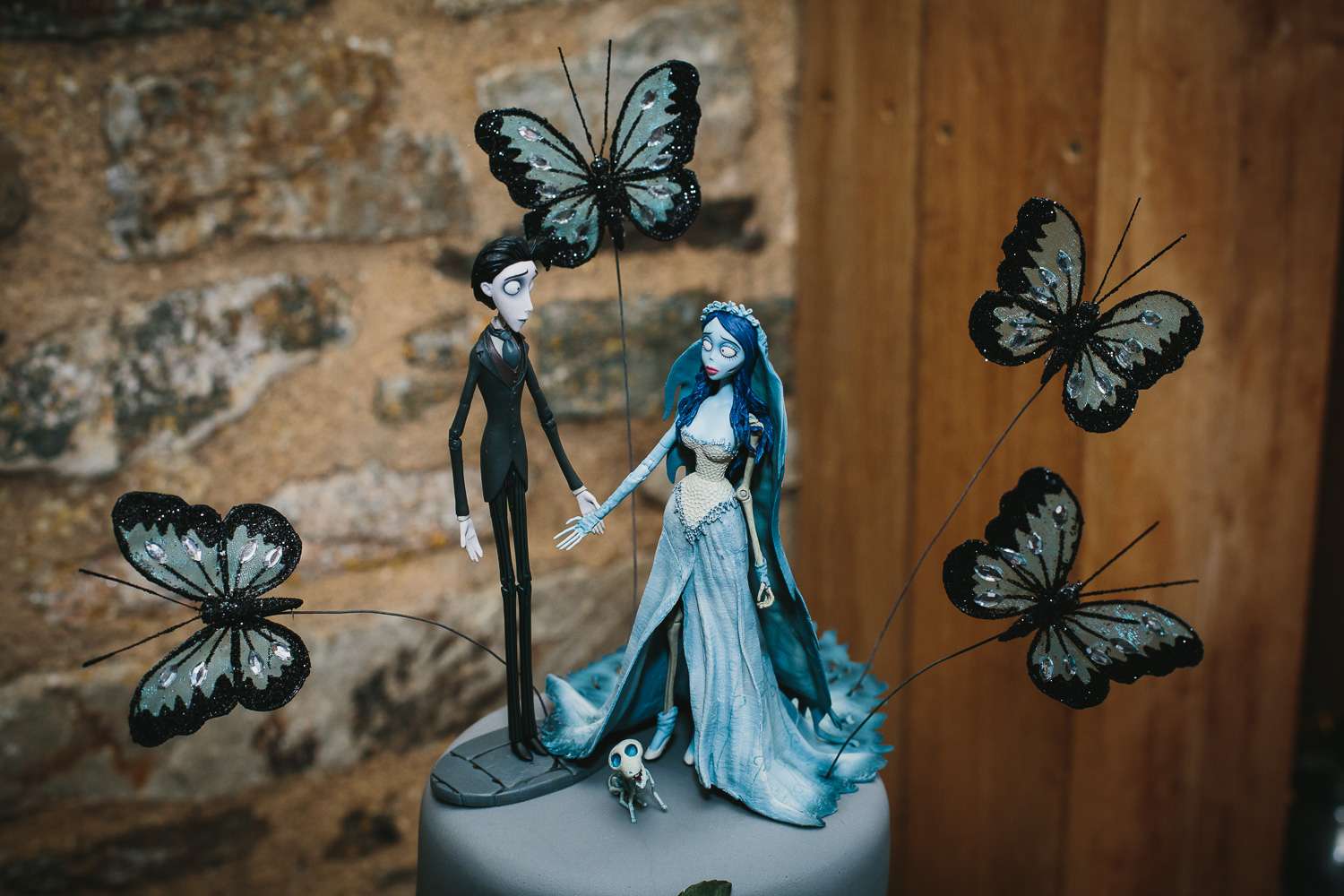 “Our cake was a present made by family members, which saved us money, and we also made the chair covers ourselves (they were just bits of tulle cut to one length then bunched together and cost no more than £20!) For our sweets table we went into Poundland around Halloween time and just went wild with buying it all. The good thing about it was that we didn’t spend much but had the most fun picking all the bits. We were literally like kids in a sweet shop!” 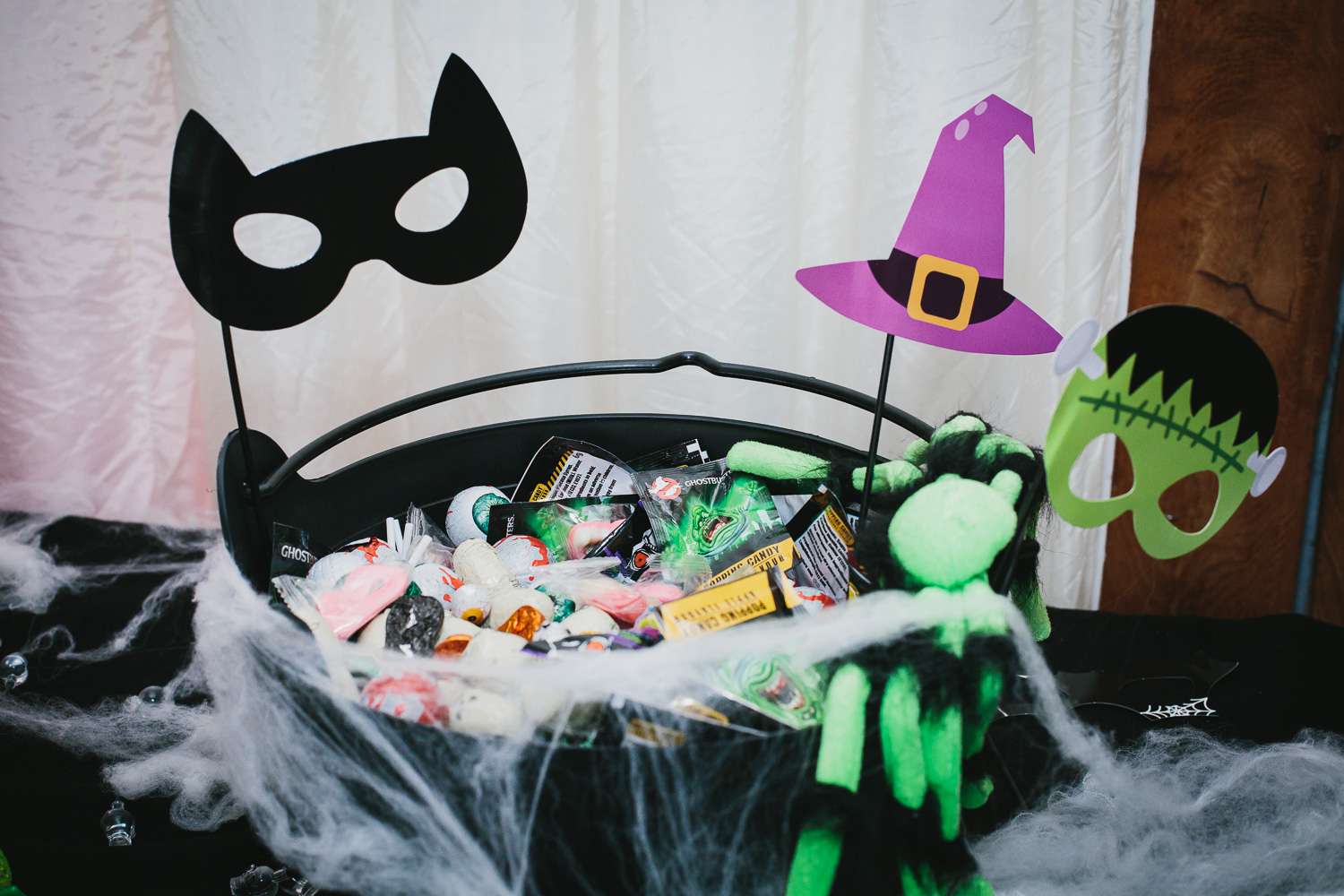 “Our advice to future brides and grooms is don’t be afraid to go against the grain. If you don’t want to do something (like speeches) then don’t do it. My dad and Martyn were completely relaxed the whole way through as there was no pressure to stand up and speak. Our best man just said thanks to everyone that came and to enjoy the evening. Remember whose wedding it is and what you want. Family and friends will want to have their say but, again, it’s your wedding! And it goes so quick! Our wedding was over three days and it was still over in a flash!” 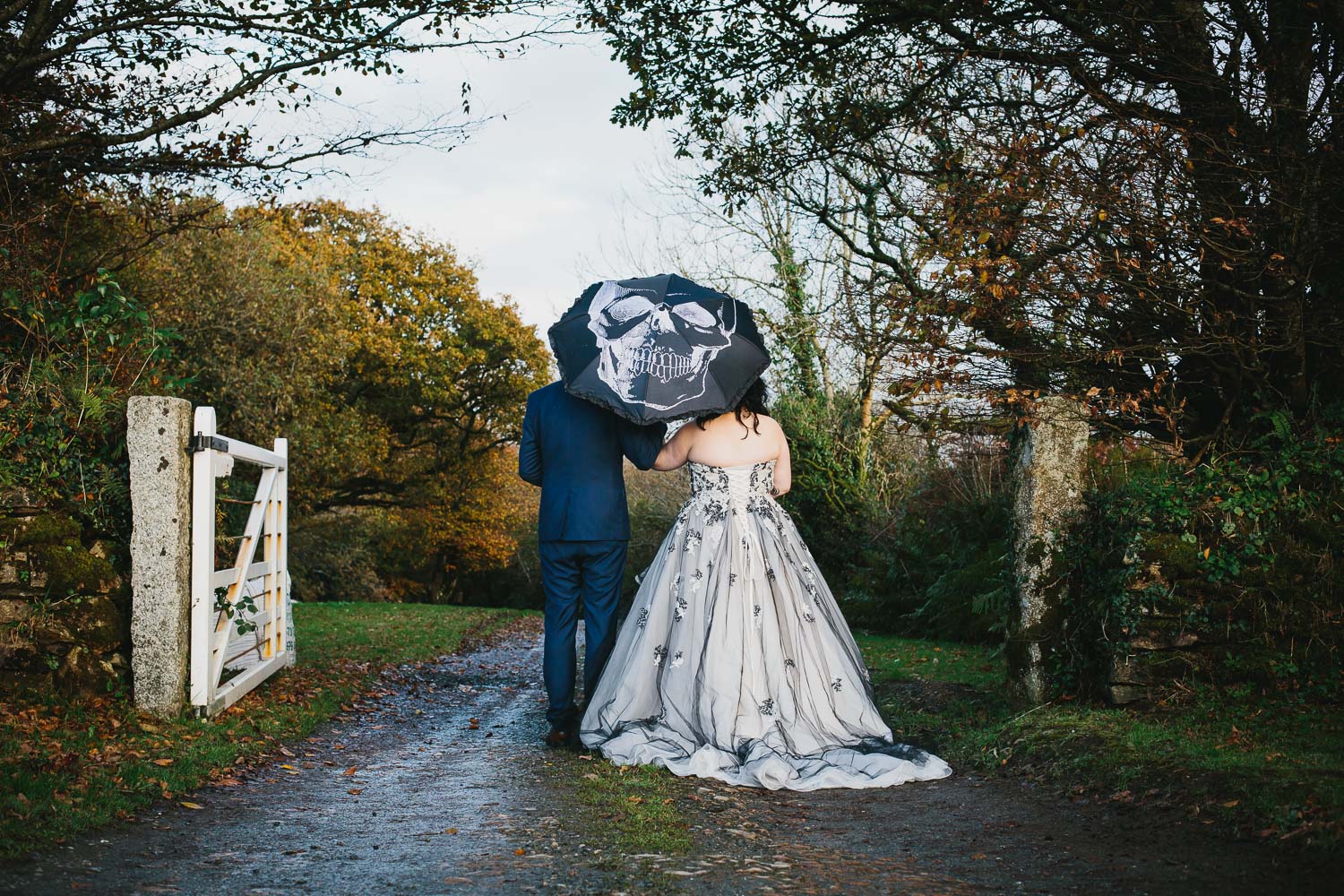 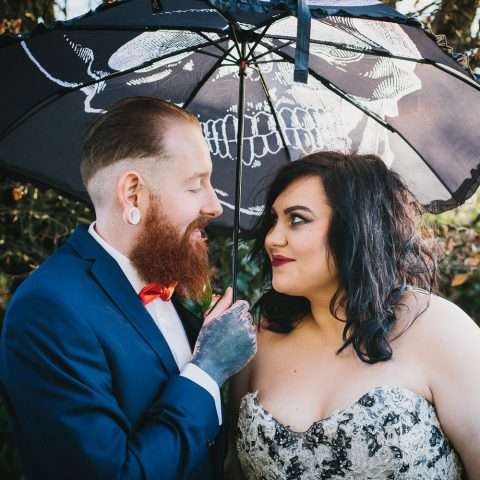 Amy and Andy had a very clear vision for their October wedding: Halloween and Tim Burton. They wanted to use their day to celebrate his magical films that they both grew up with and loved dearly. They also touched upon Halloween by using orange, purple, black and silver in their decorations.

Sophie and Michael's love of Tim Burton movies, particularly, Nightmare Before Christmas, inspired their November wedding. They were influenced by the aesthetics of Halloween Town, which is dark and creepy but has pops of colour. The bride had a black and white striped dress made for her by Rosie Red Corsetry & Couture which she wore with an OGSquad crown. The decorations were all homemade and their handfasting ceremony, led by a friend, featured the vows from Corpse Bride.