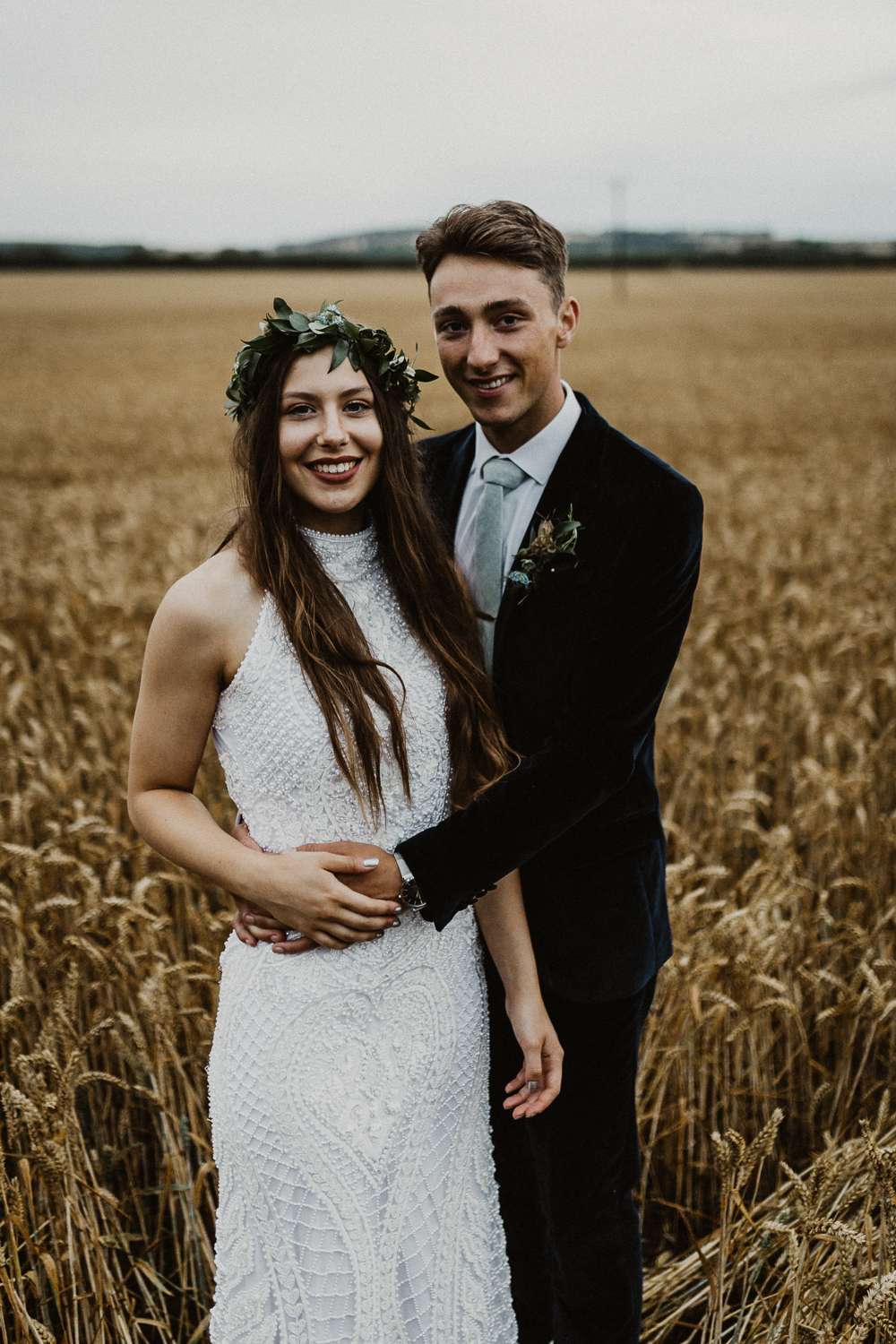 Ellie, a florist, married Luke over the summer. They wanted their day to have both industrial and botanical elements and focused on DIY projects in order to keep things in budget. “Luke and I met at a Jamaican grill and rum shack via a mutual friend”, began the bride. “We both ordered the same meal: BBQ full rack of ribs and we knew from then it was meant to be!” 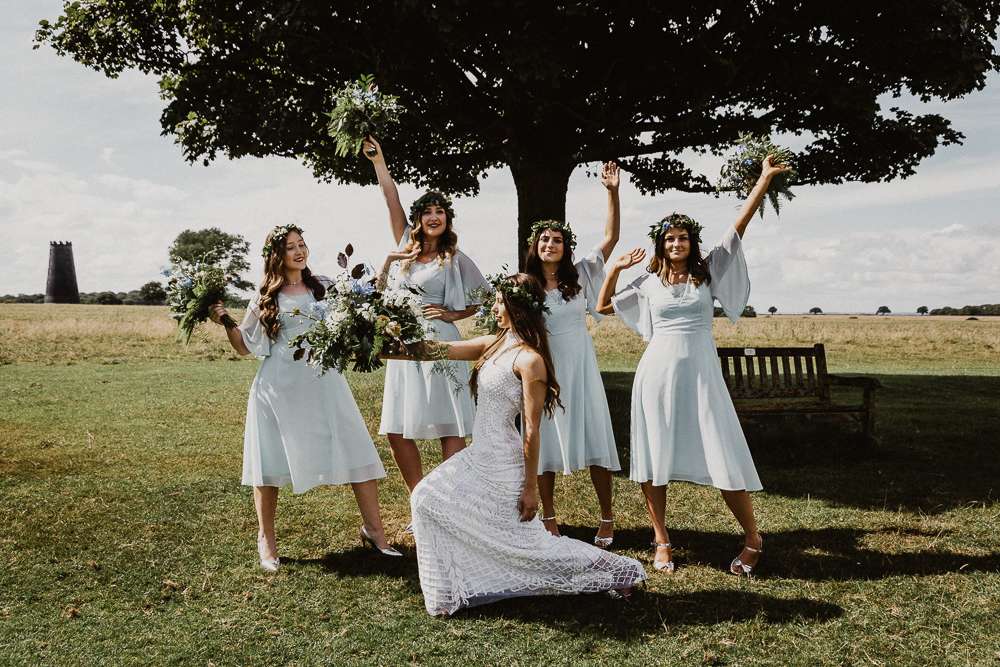 They were married on July 22nd at Langlands Garden Centre, York. “Our wedding theme was a combination of industrial and botanical. The raw metal beams of the green house mixed with a mass of mixed fresh foliage and trees, yes we wheeled real life trees into the venue. The inspiration came from our modern taste and love for the outdoors combined with my passion for all things natural, I am a qualified florist and I have worked in the industry for over four years. Nature’s movement, wildness and changing seasons inspire my work everyday so this was a big part of the vision. I had SO many visions! Too many! Thankfully my mother used to be a florist too and our friend Jo is a very talented one also so I made sure to get them on board.” 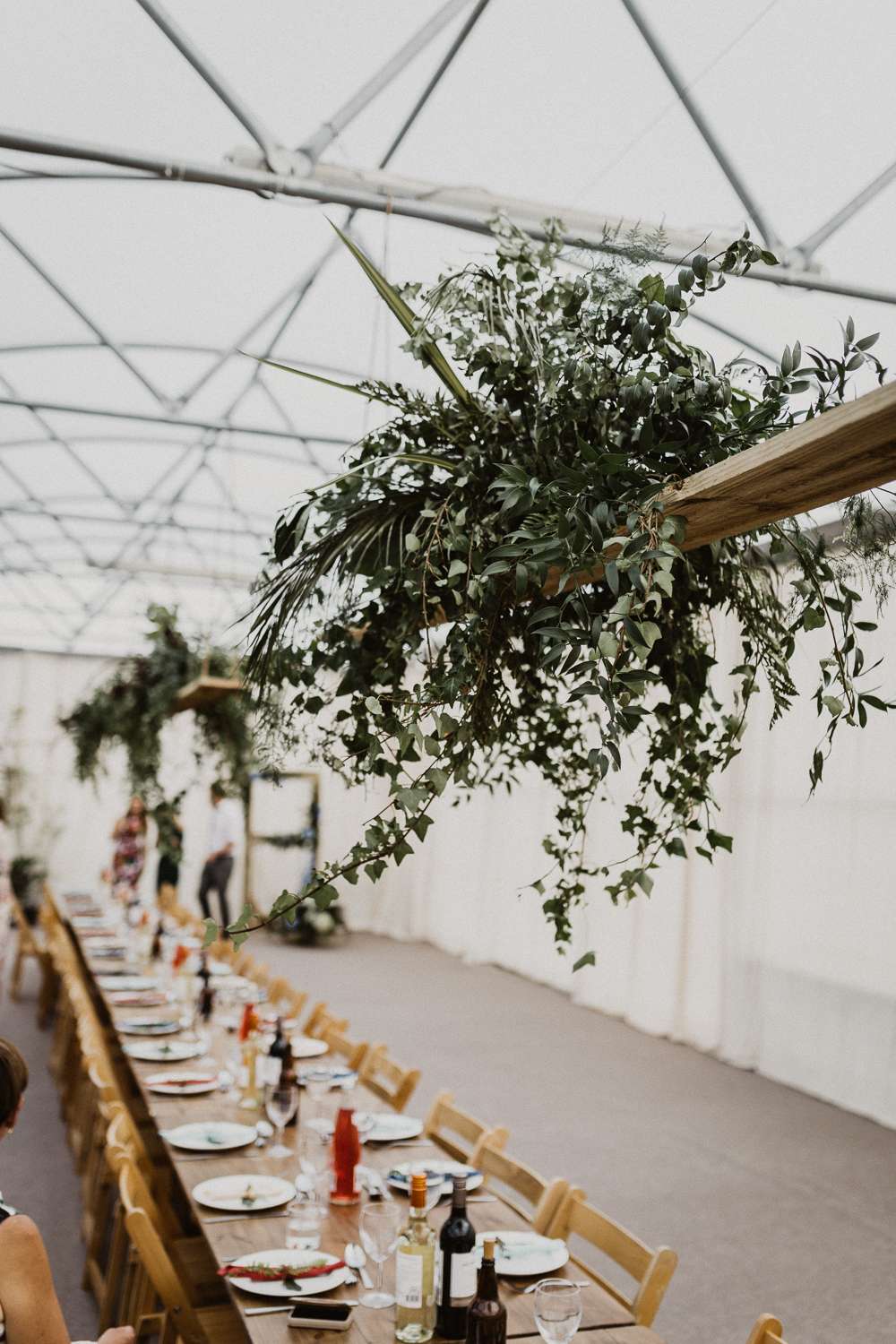 The venue was a green house at the back of the garden centre. “They hire it out in the summer months for weddings and marquee line the inside”, she explained, “but the reason we loved the venue was because it was a green house, why cover it up!? We asked to hire it without the marquee, they thought we were crazy ha ha. The issue was the green house was HUGE and they only use one section of it for the venue to fit in the catering, toilets etc. Sooooo we had to make walls. Goodness knows how many dust sheets later we had walls!” 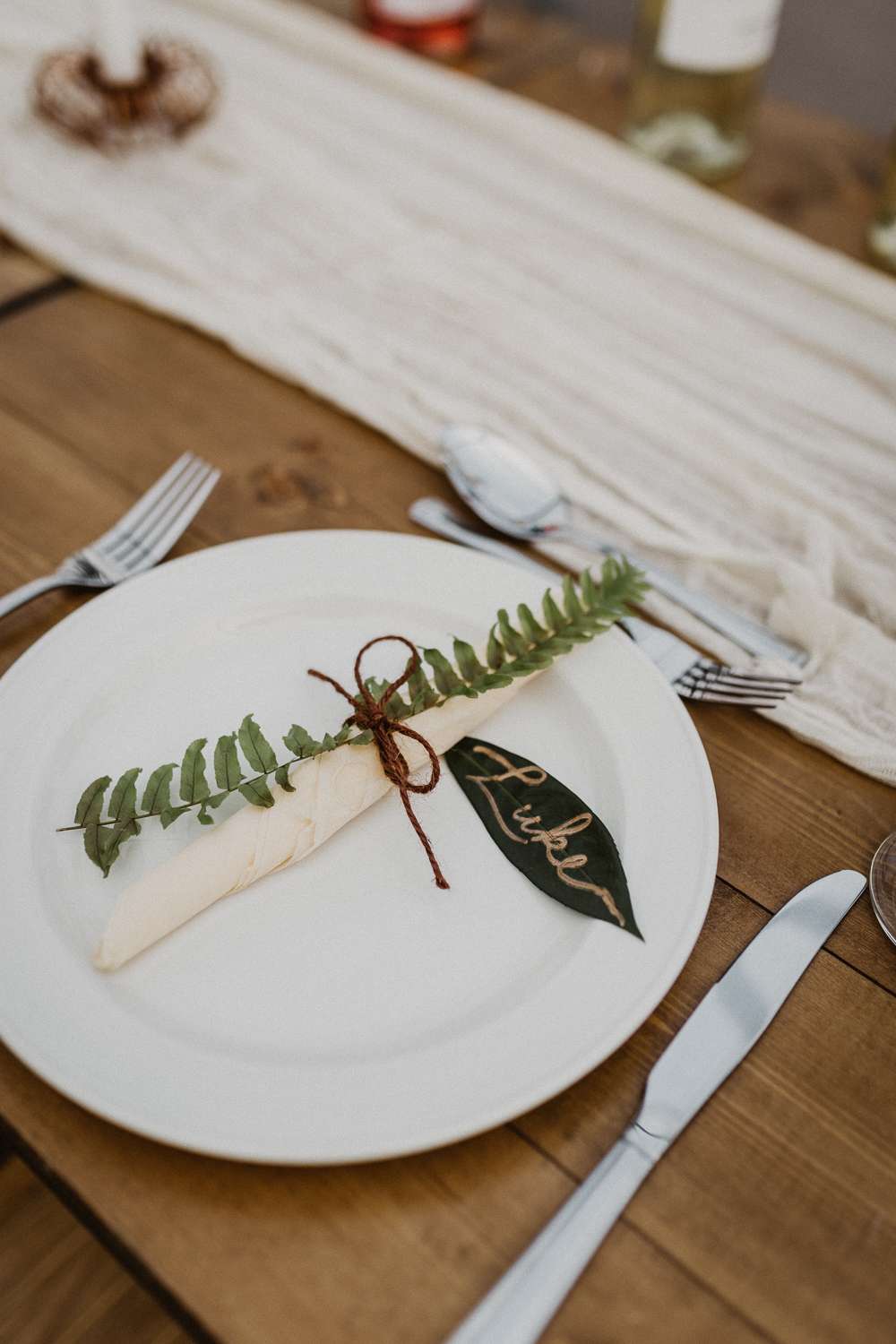 The ceremony was both of their highlights of the day. The hall was full of laughter, sparkling faces and happiness. “The day was one big high but I think the most special part is realising you’re actually married. I can’t describe the feeling I just know everyone deserves to feel how I did in that moment. The first dance was up there as one of our best moments also, our friend’s band sung Dire Straits Romeo and Juliet and it felt like there was no one else in the room, like a super cheesy movie.”

“For the speeches my dad, brother, new husband, the best man and even I had a few words to say. Many many tears were shed; Especially when the best man Sam pulled an old webcam video of Luke from the archives, it was safe to say Luke’s music/ rapping career started and ended in 2012.” 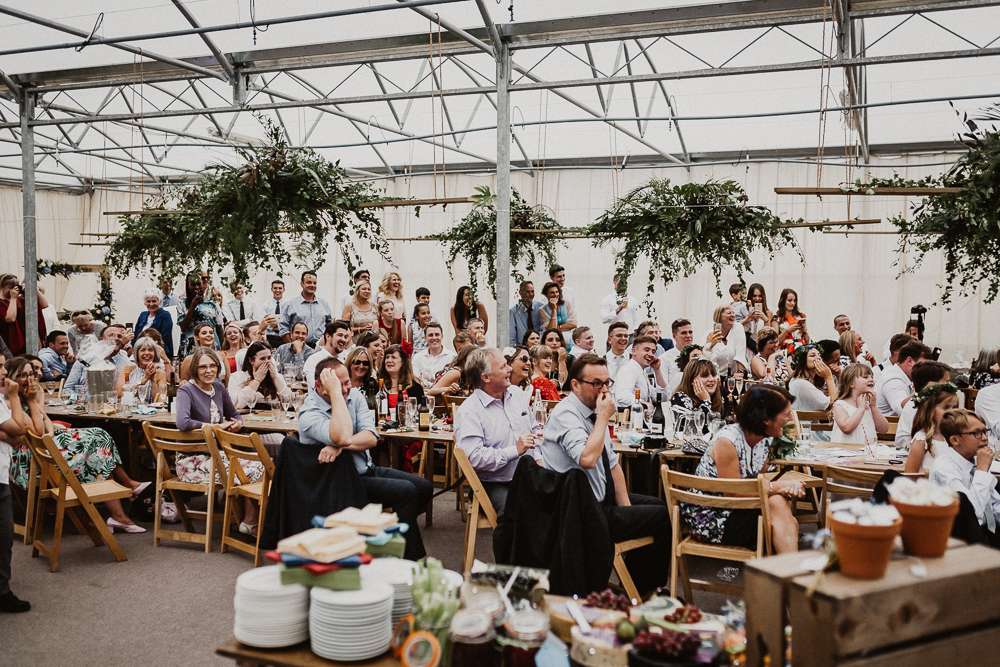 The greatest expense was the catering but they saved on the band, the flowers and the cake. “Langlands did an amazing job with the food. We went for more of a relaxed feel having antipasti, breads, cheeses and biscuits, chutneys etc. Luke and I liked the idea of having the food in the middle of the table, it was social and chilled. We were on a budget so looked for as many ways to save money, we saved on things such as the band and the cake thanks to the tremendous help from family and friends. Apart from hiring the the carpet we walked on and the chairs and tables we sat at, basically everything else was DIY. The name places were written on leaves and the bouquets, buttonholes, head-dresses were made by us. Luke and his dad made a wooden photo booth frame which I dressed with flowers. We assembled the walls and made he table centrepieces which were suspended wooden planks with foliage arrangements castigating down from the ceiling. I loved getting fully immersed in the DIY side. Langlands were so overcome by the end result they bought the walls and hanging centrepieces from us as an alternative venue option!” 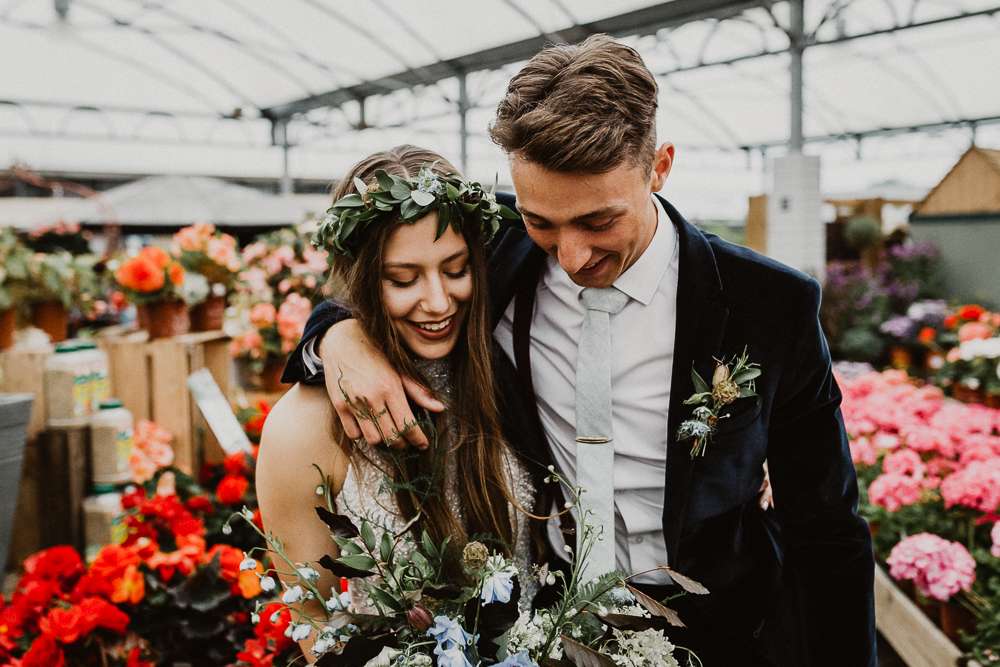 Photography was also a big consideration for this pair. “One thing we did that Luke and I would recommend is doing your couples pictures later on in the day”, Ellie said. “It really was a beautiful moment when the food, speeches and first dance were over and we could stepped away from the evening partying for a little while to spend some quiet time with my new husband. Ellie and Nathan from Caitlin and Jones were phenomenal, they made the whole thing so relaxed and the end result of their work is just breathtaking. The pictures were one really important part of the wedding to Luke and I and right away we knew we wanted these guys. Amazing.” 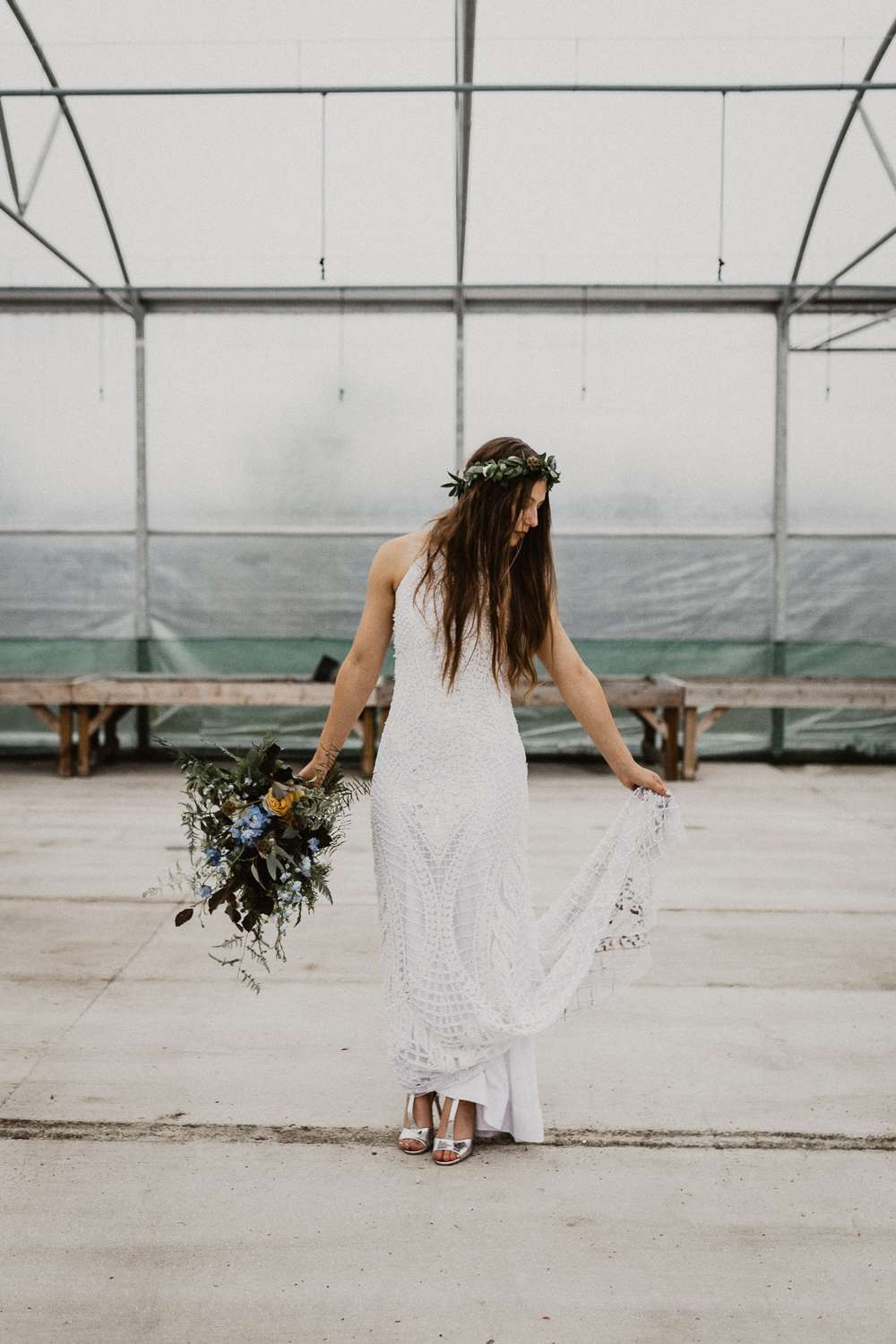 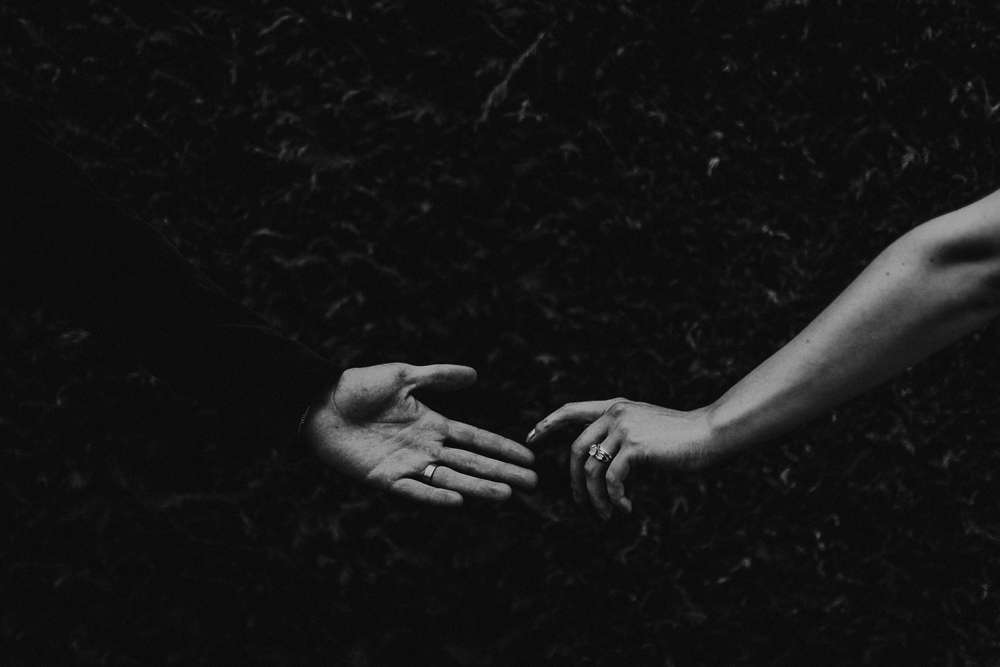 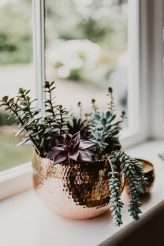 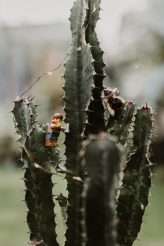 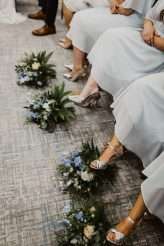 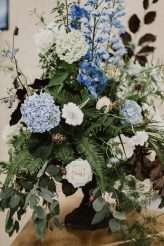 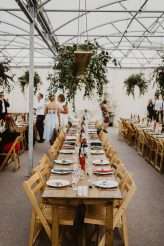 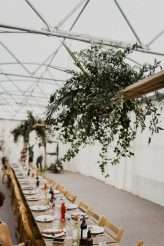 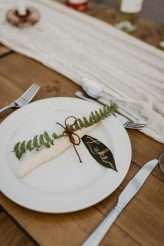 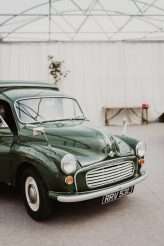 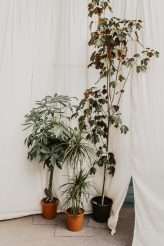 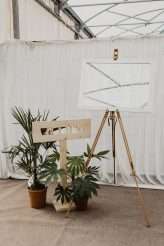 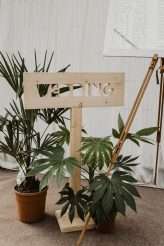 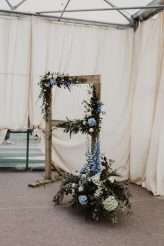 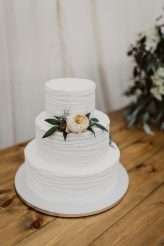 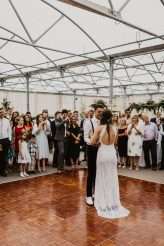 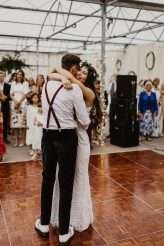 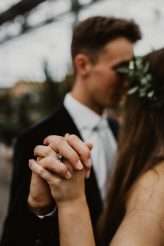 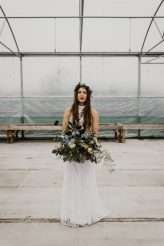 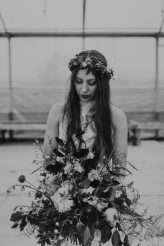 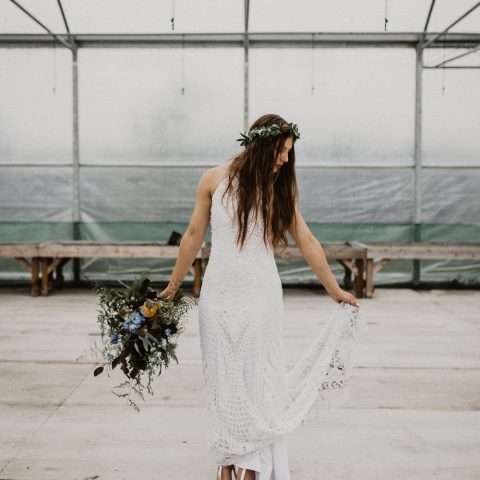 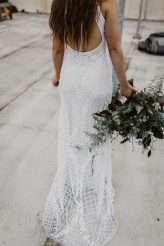 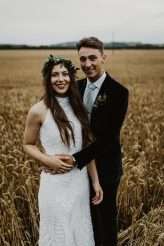 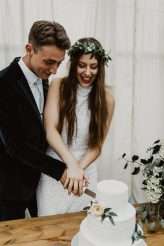 Abbie and Daniel were married at The Paintworks in Bristol, a converted industrial building in the city's creative quarter. They didn't set out to have a theme but the bride's outfit was quite 50s, they served fish n chips and had an ice cream tricycle for desert, and they had a DJ who played only 90s music - so I guess you could say the wedding was all the things they liked!

Lenore and Liam's wedding day was a celebration of all things industrial as well as showing their love for Sheffield, the city in which they live. They had lots of motifs and nods woven cleverly into almost every aspect of the day, including little bottles of Sheffield's own Henderson's Relish as place names and making their own wedding rings at CAST, combining the bride's late mother’s ring, and a gold bracelet from Liam’s mother.