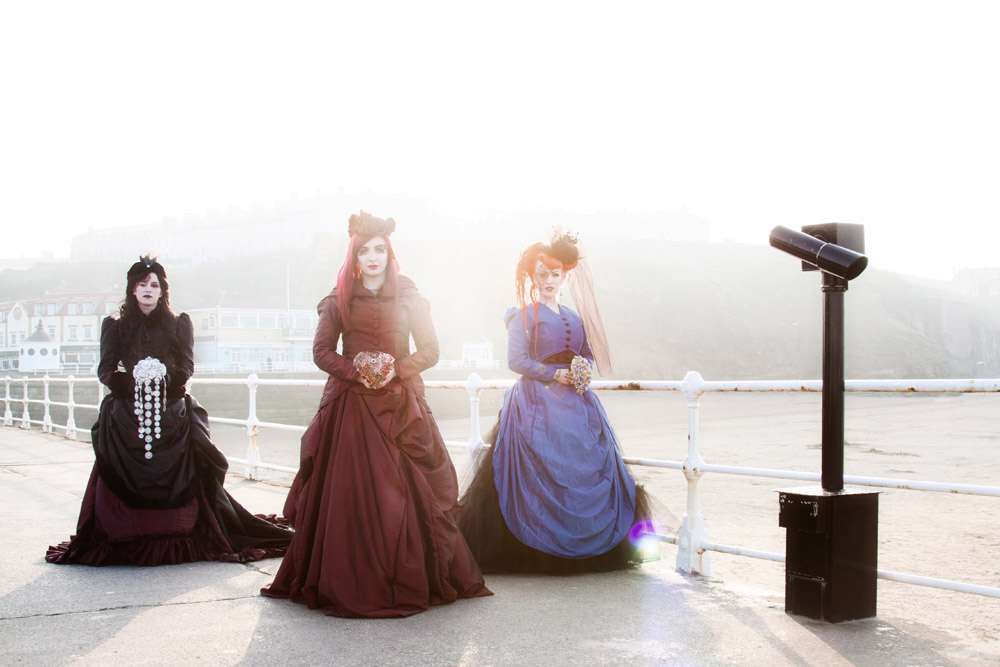 Shot in the Gothic paradise of Whitby, North Yorkshire (they have a famous twice yearly gothic weekend festival) photographer Michelle of SilverStar Photographic had long wanted to shoot here. However her initial idea didn’t become a full blown vision until she met Michelle from Victorian Gothic Clothing.

“I always imagined doing a photo shoot in Whitby, but it is nearly four hours away from where I live so never thought it would be possible”, photographer Michelle began. “Then I met (the other) Michelle. She shared my vision and instantly we became excited about the dresses which were inspired by the novel Dracula, by Bram Stoker. My vision for the shoot was to have the models pop out of the background but still being able to see significant details in the background. The whalebone arch was a gorgeous location as you could just see the Whitby Abbey in the background and really added depth to the photos.” 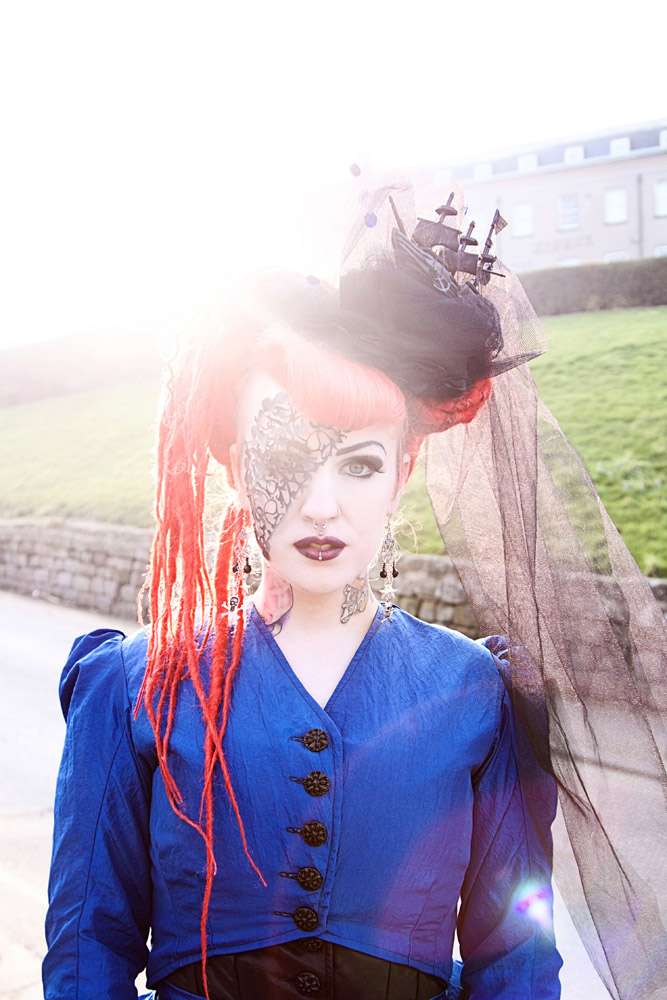 “The dresses were deliberately designed to be big statement pieces, with an emphasis on couture designer elements whilst still incorporating hints from the past bringing them full circa to the present”, took  over Michelle of Victorian Gothic. “I wanted to capture a glamorous, gothic vision encapsulating alternative fashions, so tattoos, piercings and brightly coloured hair were all a definite yes from me! The dresses were named after the four lairs of Dracula (there is still one to come) as mentioned in Bram Stokers novel; The Carfax Gown (blue and black), The Piccadilly Gown (black and red) and the Mile End Gown (bright red). I also created all of the millinery. The ship hat  (‘Demeter’) recalls the ship that arrives at Whitby during a storm and brings with it Dracula.” 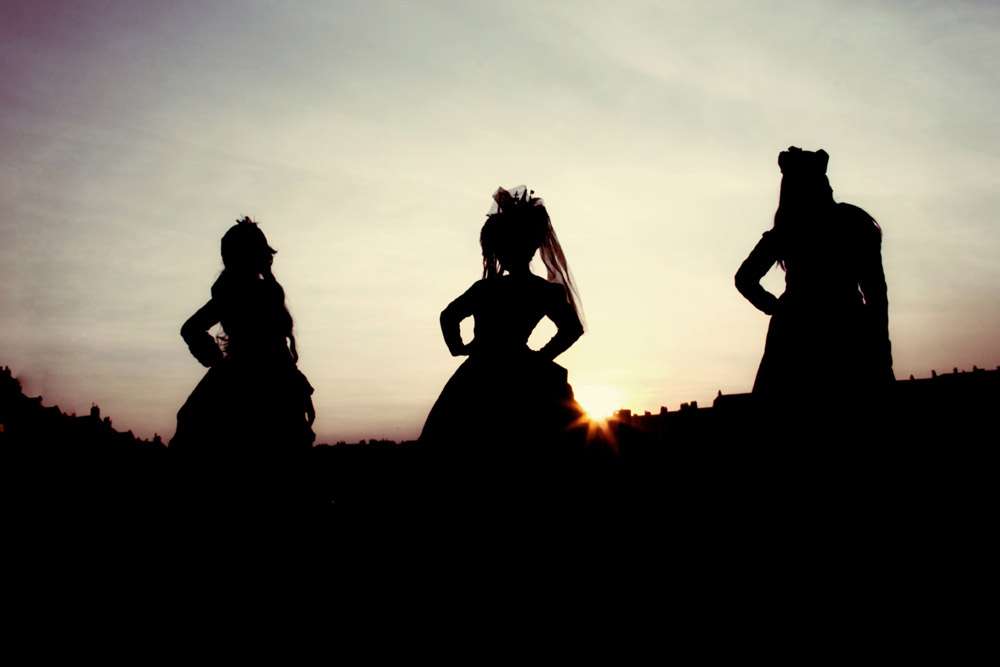 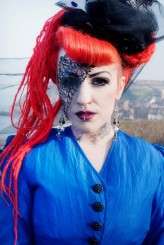 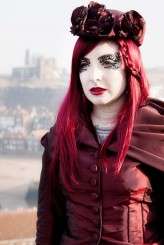 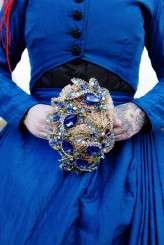 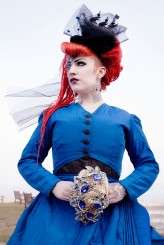 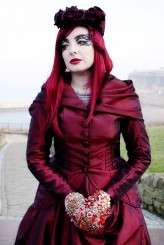 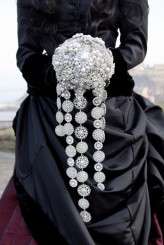 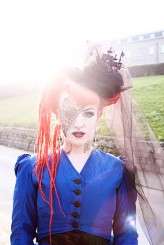 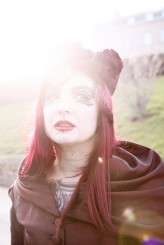 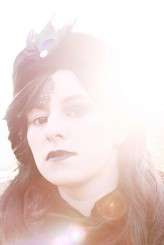 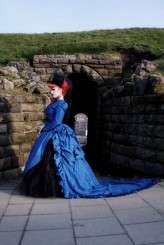 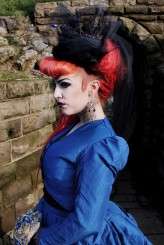 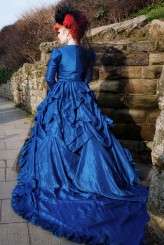 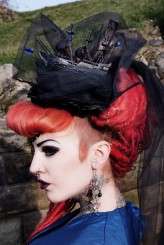 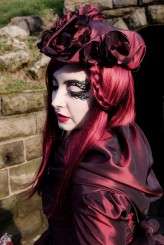 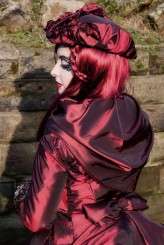 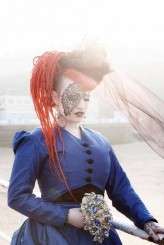 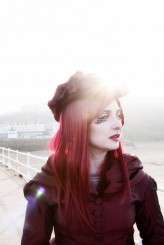 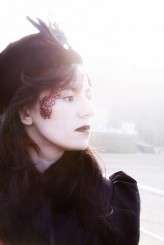 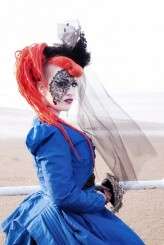 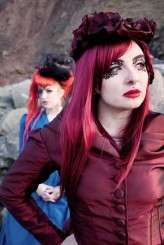 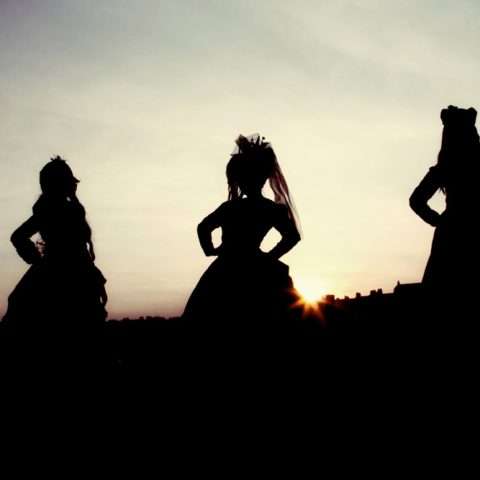 "Bridal shoots don't have to be boring!" We've heard this all before but it's even better to see shoots illustrating that point don't you think?! "I just loved this shoot", wedding photographer Kathryn Edwards told me of her shoot with Beth. "I wanted to give it a lonely isolated and fragile feel, with a dark edge."