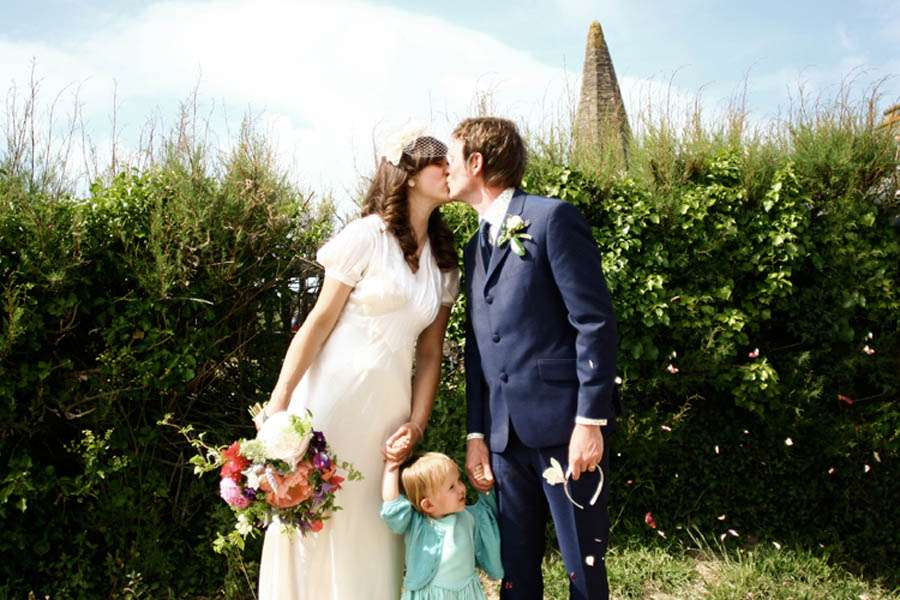 Rosalie & Fergus had a sweet homespun wedding in Cornwall. “The whole ethos was to get all our creative friends and family together for a two week holiday in Cornwall,” the bride explained. “The deal was, that they spent the first week, sewing, making, cooking, baking and generally doing anything and everything – then we had a massive great wedding/party which continued for the rest of the week. I don’t think they feel used, it was a great vibe and a really chilled way to organise a wedding.” 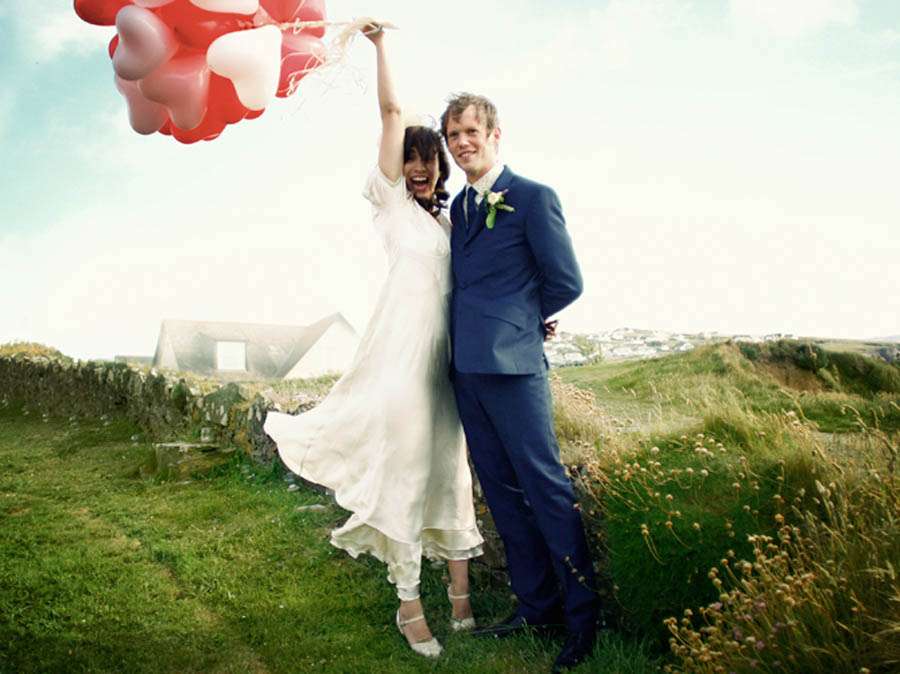 “The records that we used as table numbers was a very last minute decision, we found a box of singles in a charity shop in Wadebridge (nearest town) and then made them into lollipop type sticks using our favourite musicians and some red and white tape! I had always wanted a sort of help yourself village fete type affair, so we made little flags for all the food and people helped themselves. The vintage crockery was the star of the show, having just started by business, The Crockery Cupboard, it was hot topic and really brought the whole reception to life, and because of all the colour, no-one noticed the drab marquee we were sat in!” 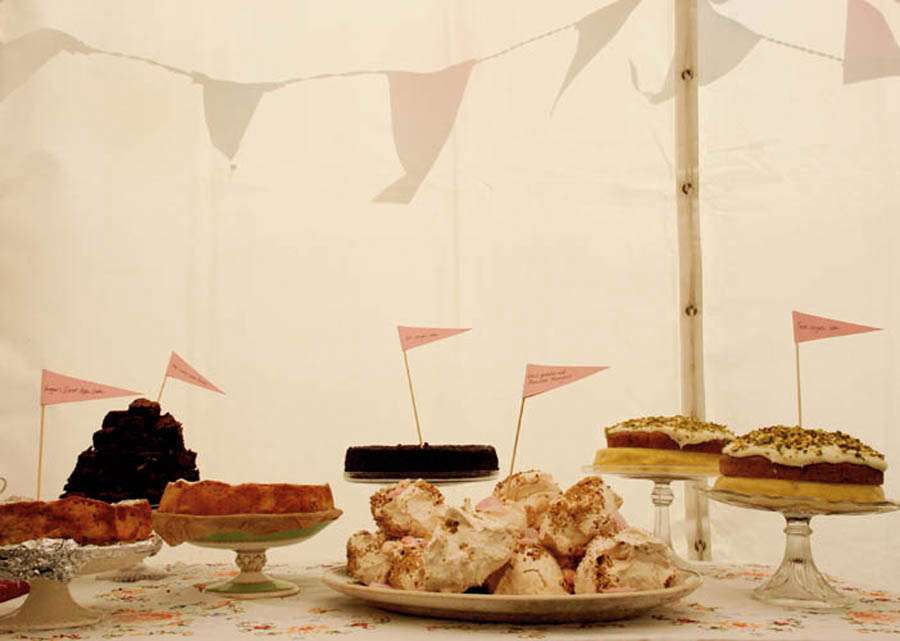 “We lit the garden with hundreds of jam jars filled with a little sand and a tealight, so easy cheap and looks so pretty when it’s dark,” Rosalie continued. “Also, the cake table was a massive success, we had lots of different cakes to choose from, all on beautiful cake stands to cater for everyone and people could have a cuppa and a slice of cake at any point as it was there for the whole reception, which made people feel at home and looked really pretty too with all the vintage cups adorning the tables. We didn’t spend a fortune on flowers because we had a beautiful assortment of vintage vases that only needed a few stems but dotted around everywhere gave the illusion of lots of flowers.” 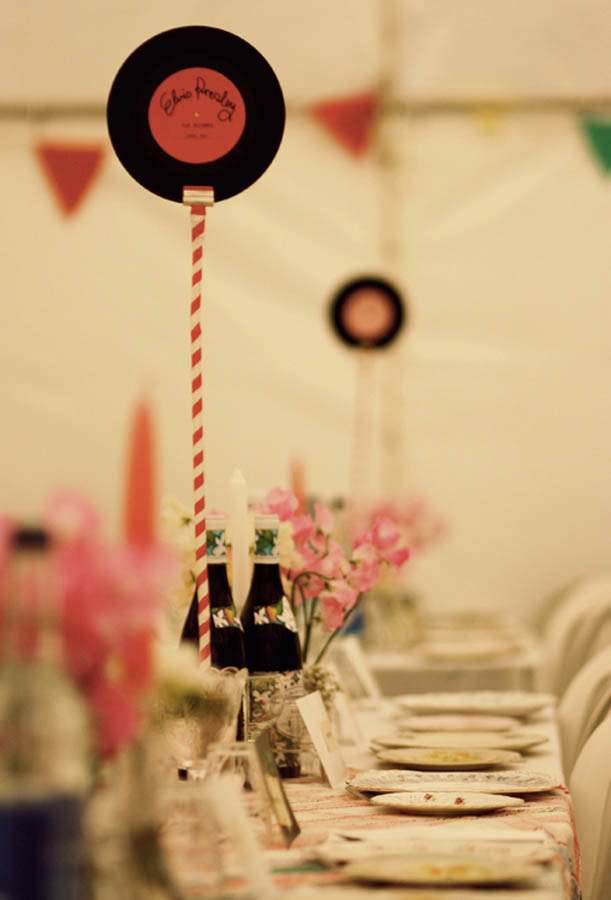 Thank you to Rosalie & Fergus for sharing their fabulous wedding with us today. 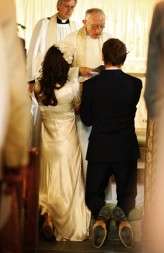 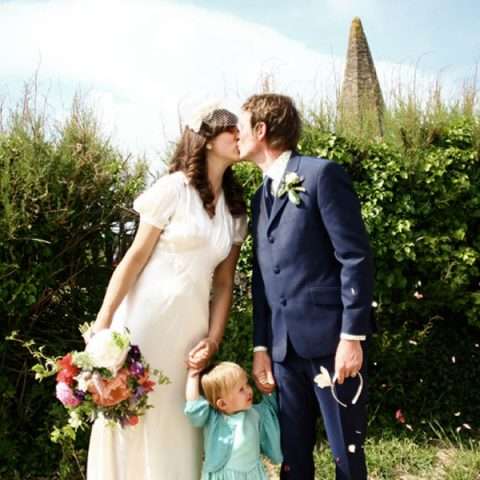 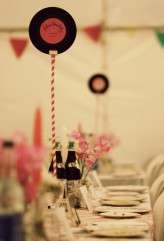 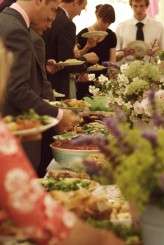