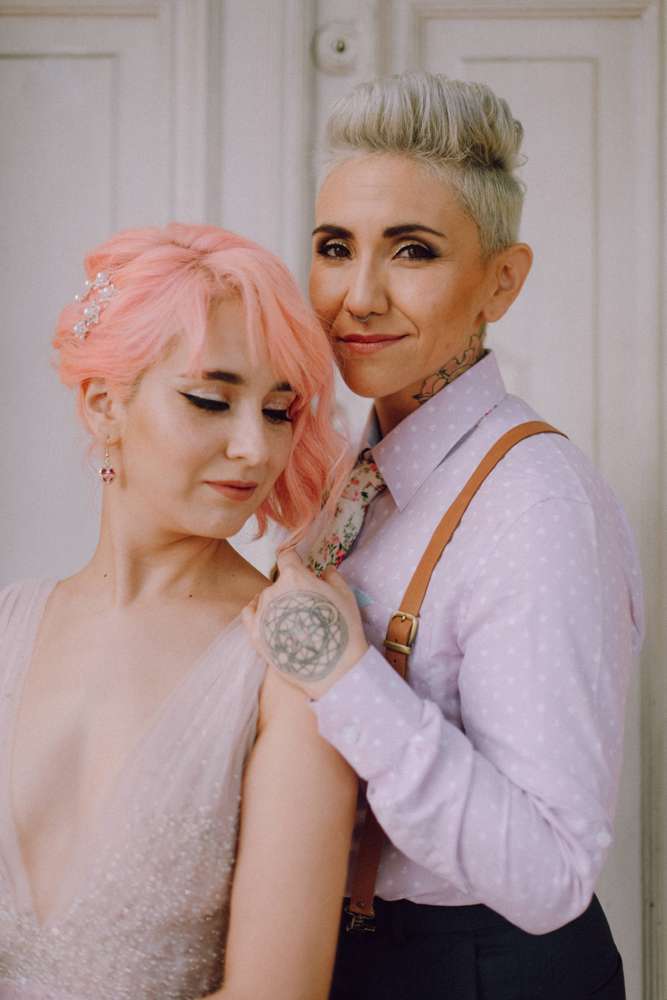 If you don’t immediately love Cami and Pilo and their INCREDIBLE OUT-OF-THIS-WORLD BEAUTIFUL wedding then we can never be friends. Period. They were married at a friends house in Chile in April. The wedding was a collaborative project between them and their friends, they even self-catered the entire event! 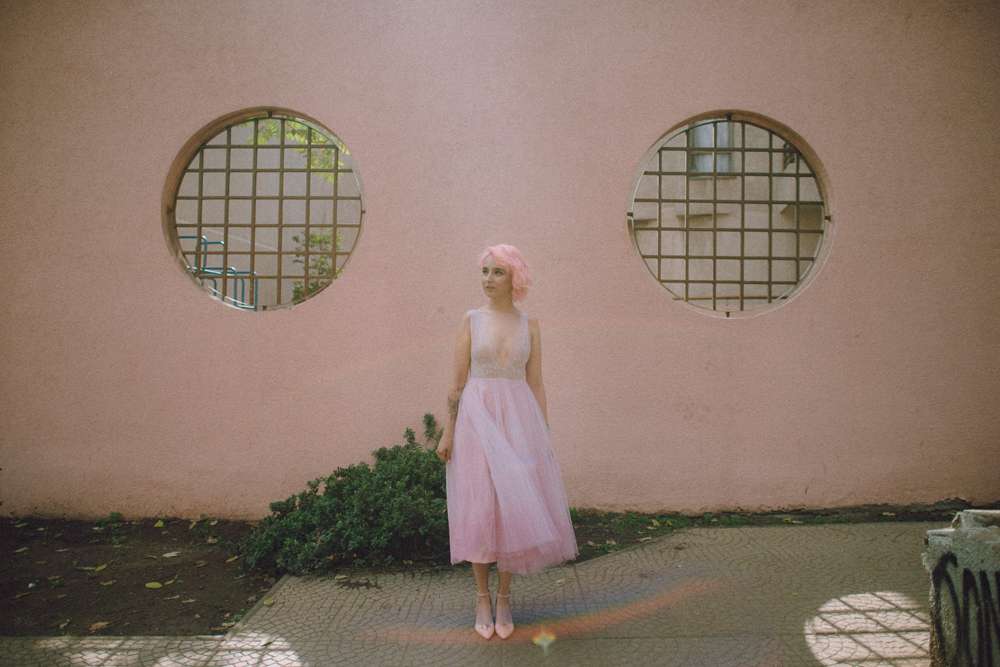 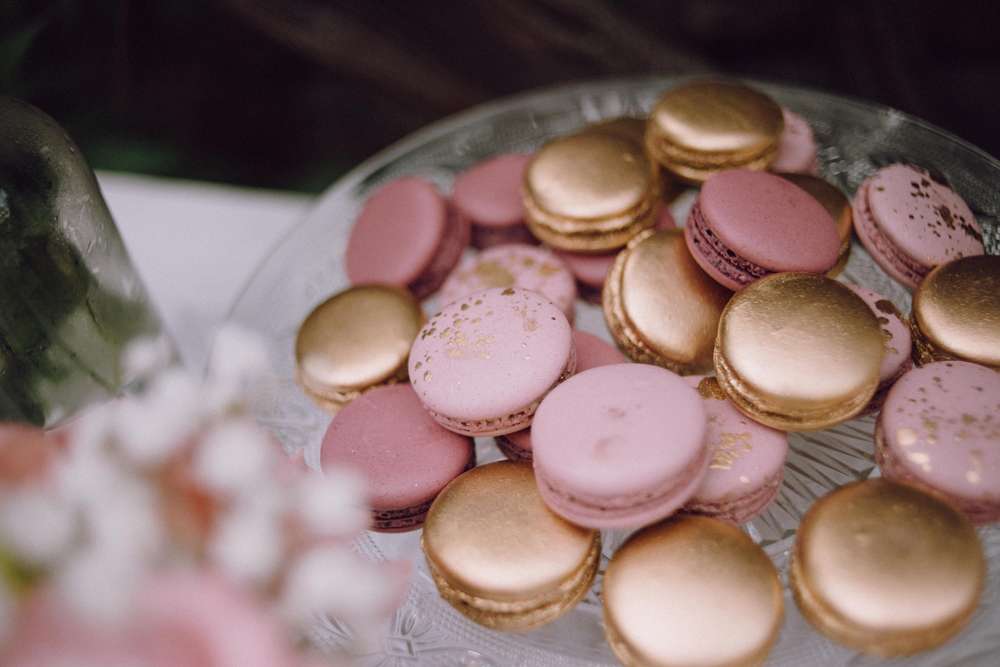 The day was inspired by the aesthetics of Florence Welch and Wes Anderson as well as Sailor Moon. They actually met as Sailor Moon cosplay team mates,”Cami was Sailor Neptune and Pilo was Sailor Uranus”, they said. 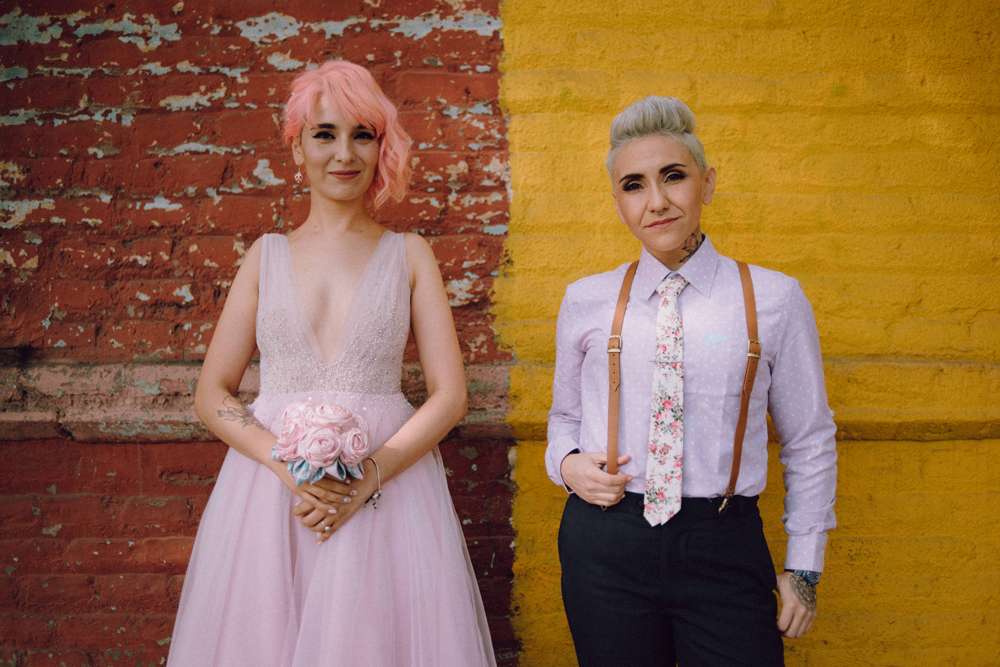 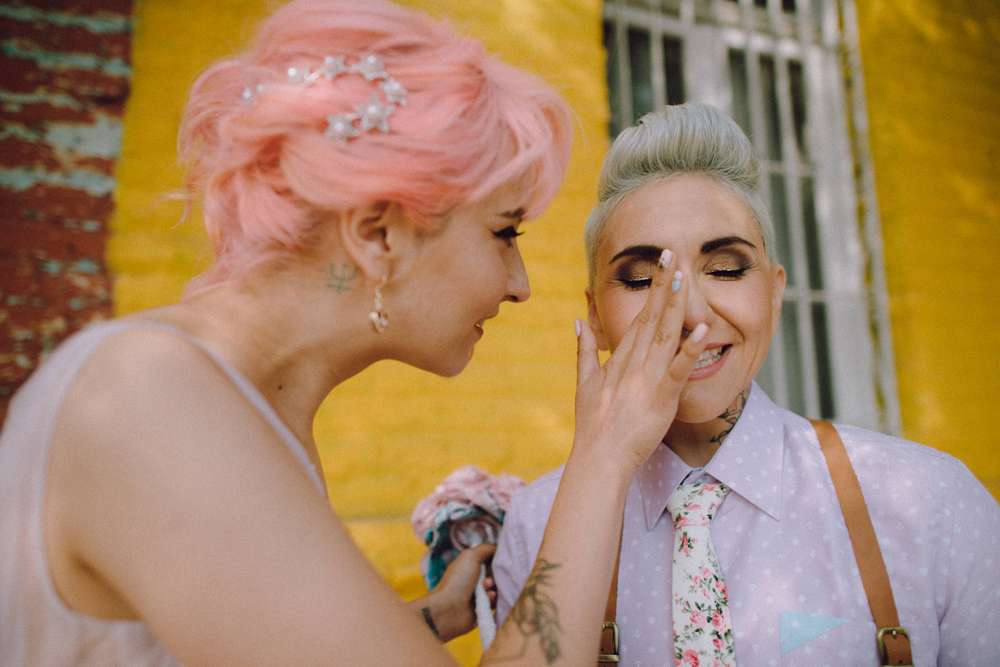 Of their $2000 budget, they saved the most on the catering (DIY), the venue (a friends house) and entertainment (Spotify playlist). Cami’s dress was also a gift. “Pilo works as Art Director, so he designed every visual piece, from the save the date image to the bathroom sign and the favours. We filled every little organza bag with pink salt from the Andes, tied the little ropes and everything.” 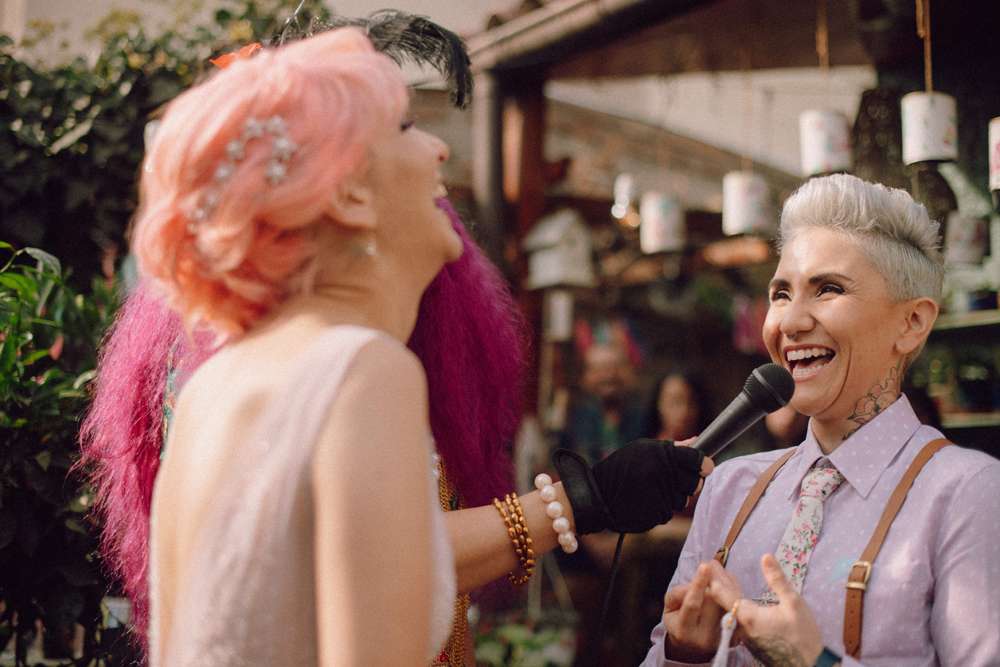 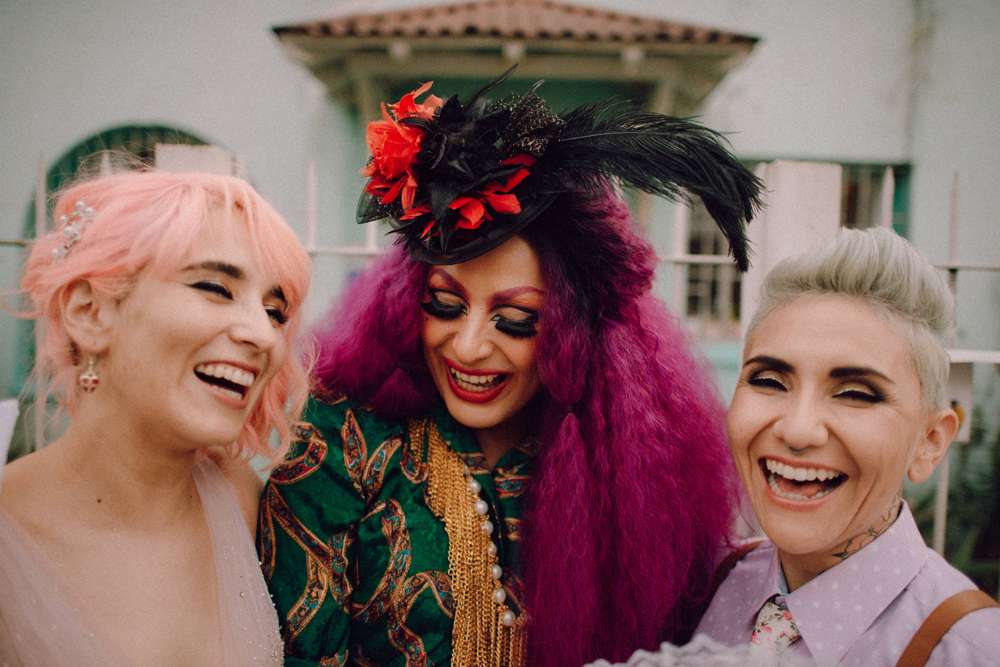 In fact their one big expense was their photographers, as they wanted to have the very best visual memories of their day, “From the beginning, we said photographers were the most important thing, we care about the visual and the aesthetics of this event, so our photos MUST be impressive and beautiful!” 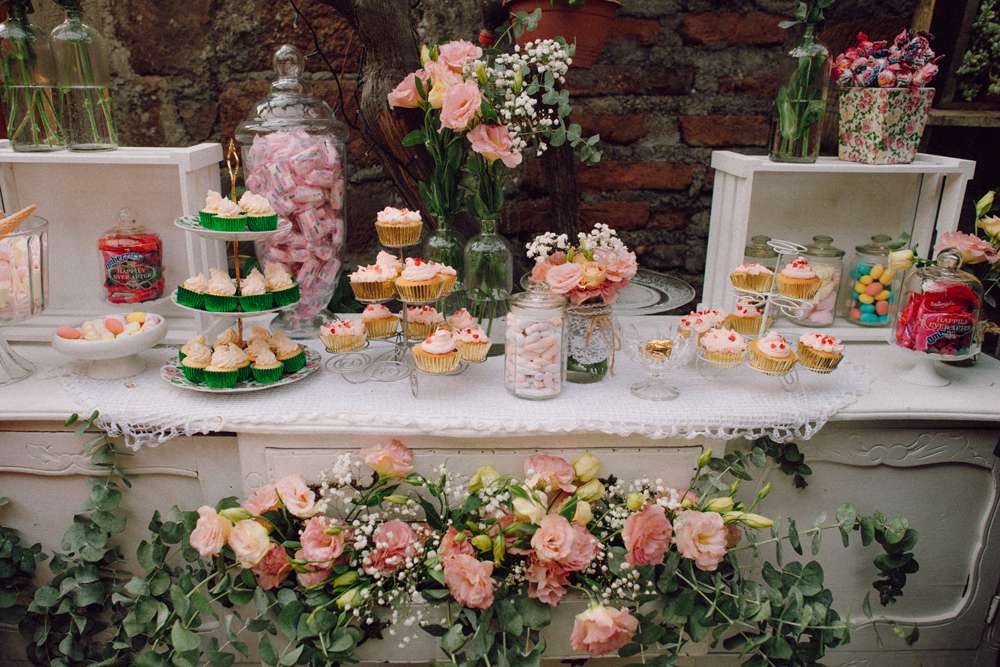 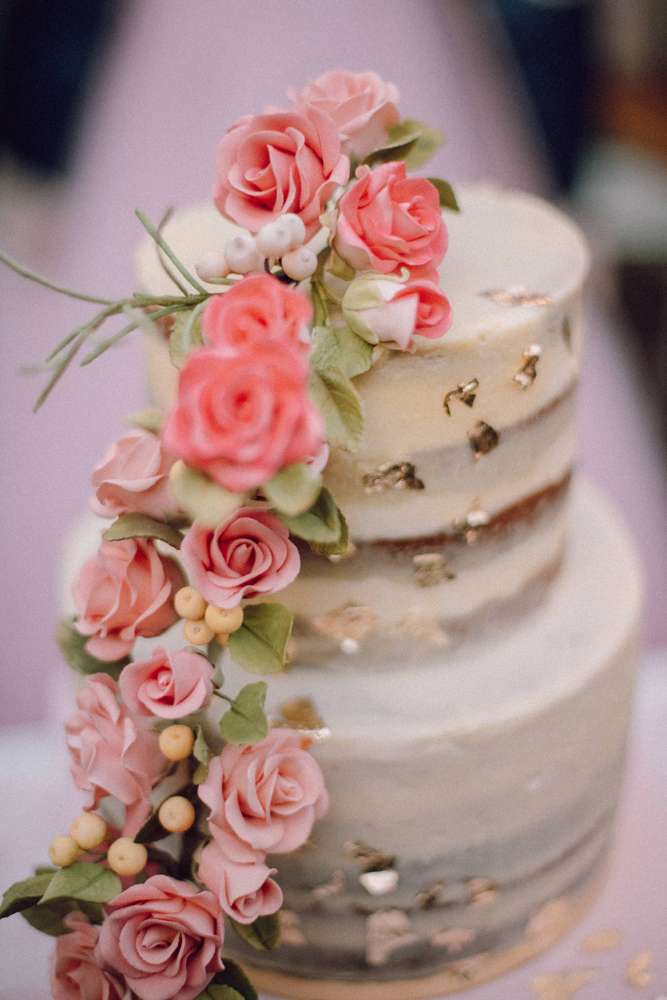 Their ceremony was officiated by Kmila Manson, a Chilean drag performer. “We didn’t want anything conventional, and we wanted something that made sense for the both of us. Since Pilo is a drag king, and the main make up teacher/master of the bride is a drag queen, we decided to have Kmila Manson, a drag persona, as our master of ceremony.” 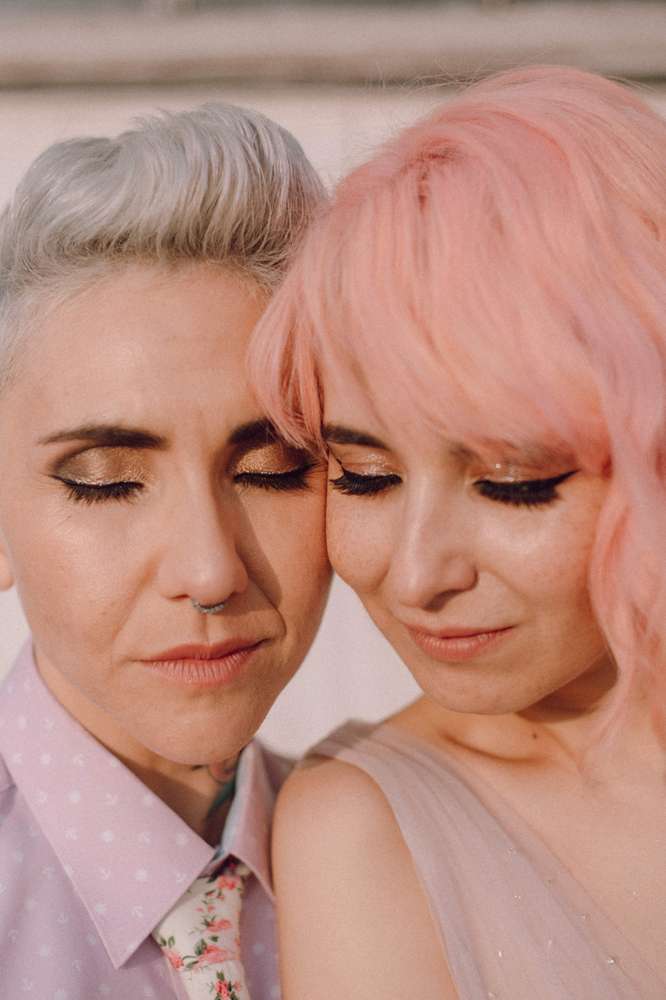 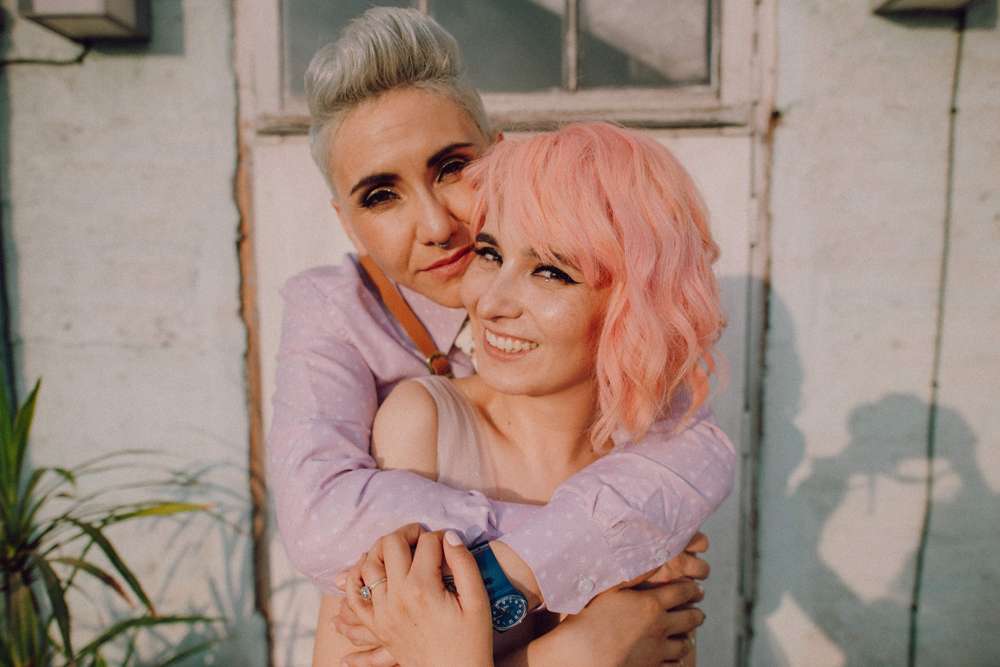 They walked into their ceremony together to a song from Sailor Moon OST, “The song was the one that plays when Haruka and Michiru appear for the first time. The main metaphor for the ceremony was ‘the red thread of the destiny’ based on the Asian legend.” 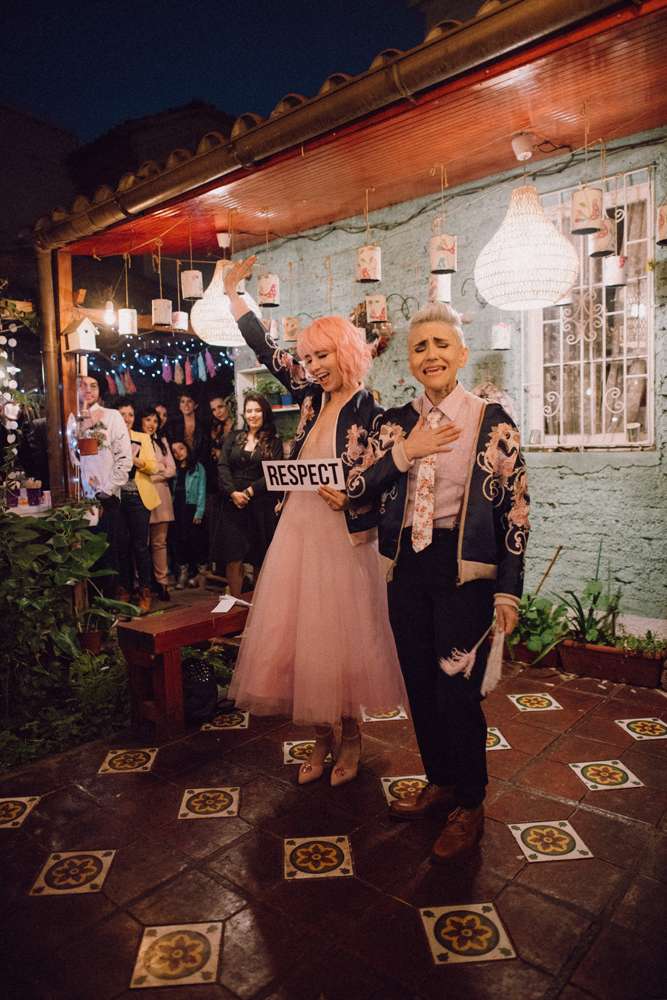 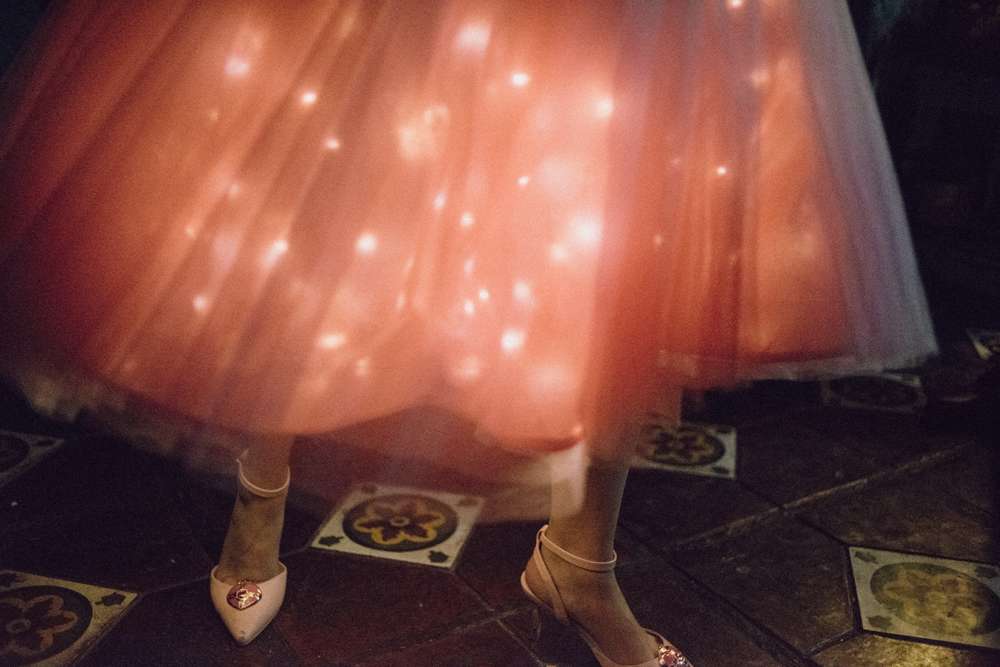 Their advice to other couples planning unconventional weddings would be “Please be patient and be true to your budget. Don’t compromise your finances. Be true to yourselves and make everything for you both, not for anybody else. Anyone can have a magical, pink and vintage wedding. Just trust your family and friends, and ask for help if needed.” 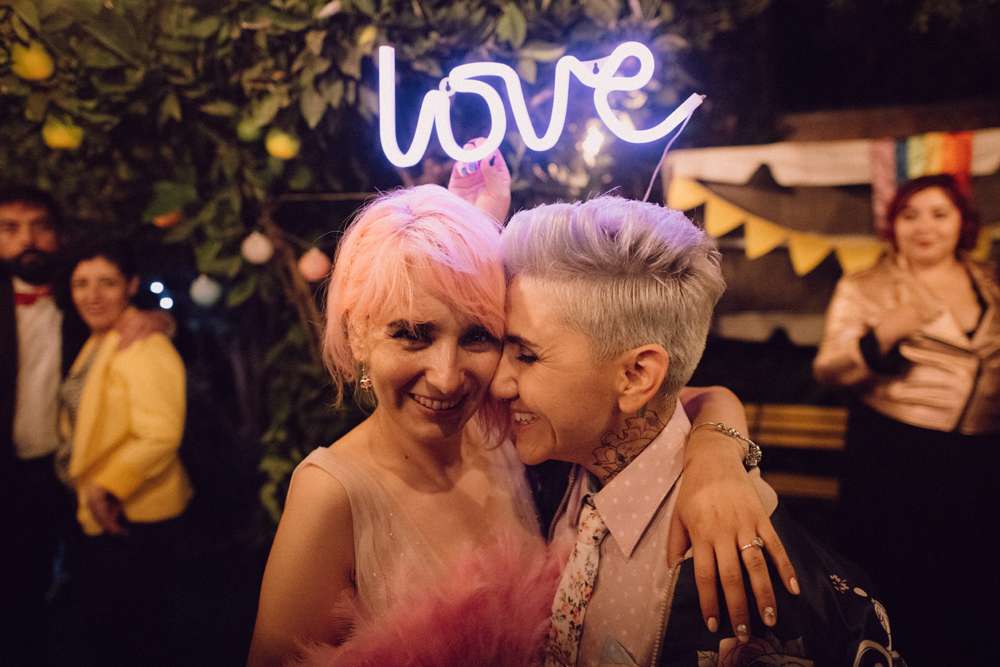 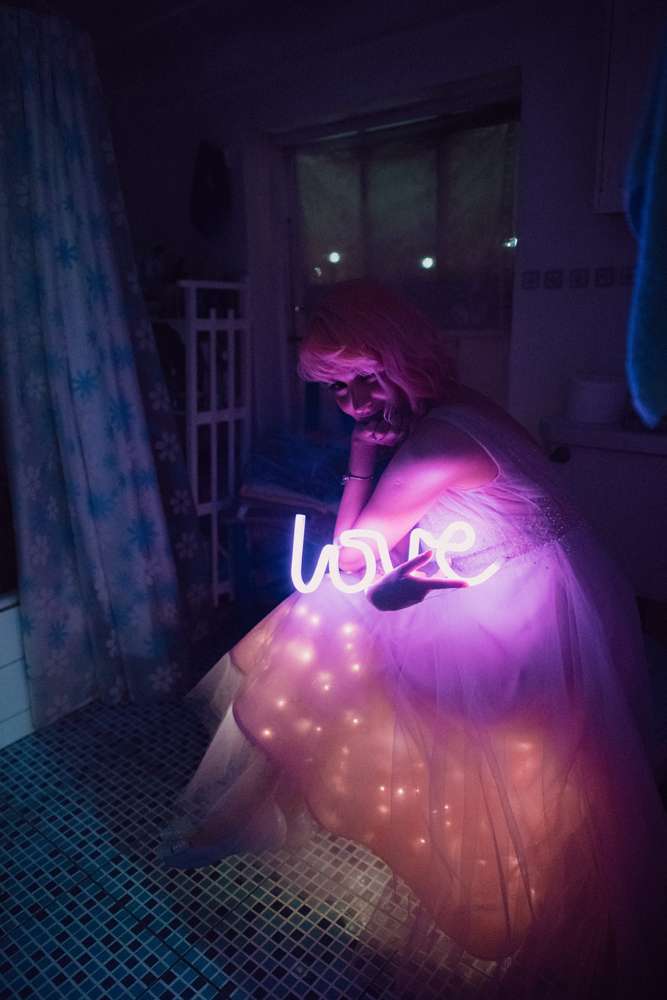 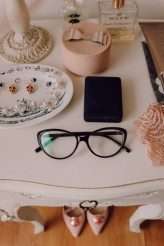 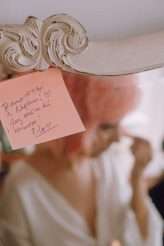 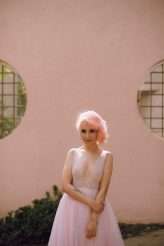 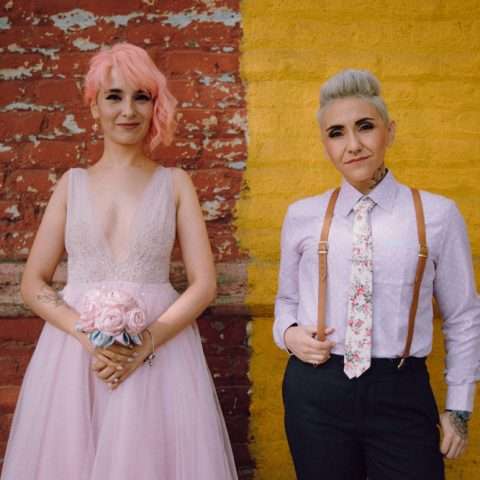 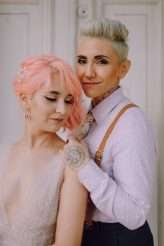 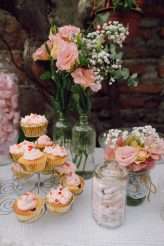 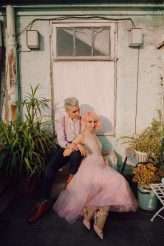 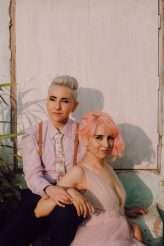 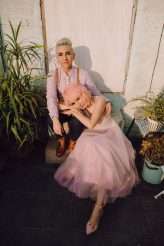 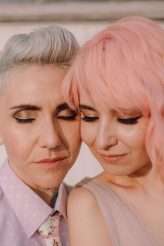 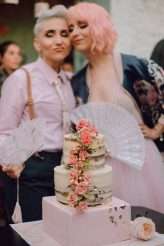 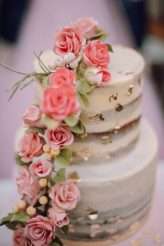 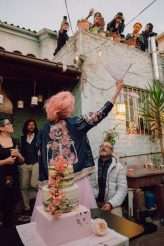 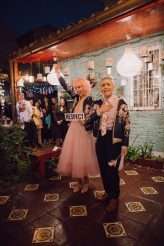 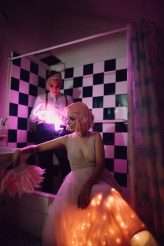