Vikki and Jason had two weddings – one in the UK, where they both now live, and one in Auckland, New Zealand at the groom’s family home.

“We had two full weddings – so two ceremonies, two walks down the aisle, two top tables and rounds of speeches and two cakes!” explained the bride. “With New Zealand being so far away we just felt that we couldn’t only have one wedding because some family members wouldn’t be able to travel that far and we didn’t want them to miss out.” 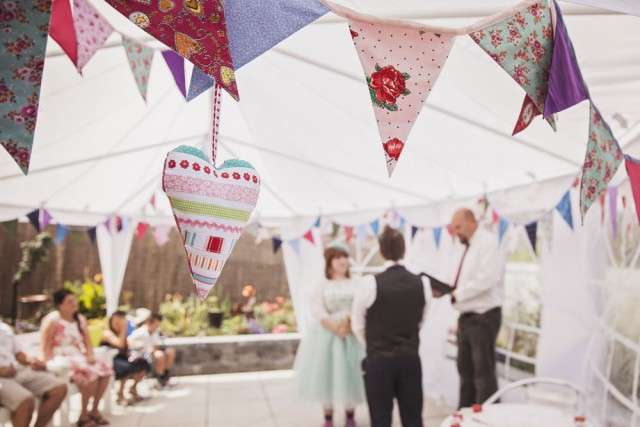 The total budget for both weddings was around £5500 with £2000 being spent on the New Zealand part. “It was difficult trying to plan a wedding in a country that I had never been to, and with a family I had never met, but luckily Pinterest and Rock n Roll Bride really helped me get the message across of what I wanted to achieve. My mother and sisters-in-law were amazing in getting our brightly coloured vision and our laid back family garden BBQ wedding theme.” 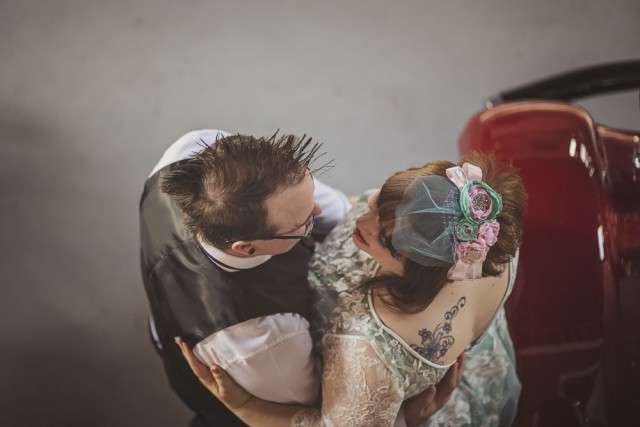 “For both weddings we just wanted everyone to have fun and to enjoy themselves. Our dress code was ‘whatever makes you comfortable’. We were not going to be wearing anything uncomfortable, so we didn’t want our guests to either. Some people found it difficult to get their heads around, but others really appreciated it.” 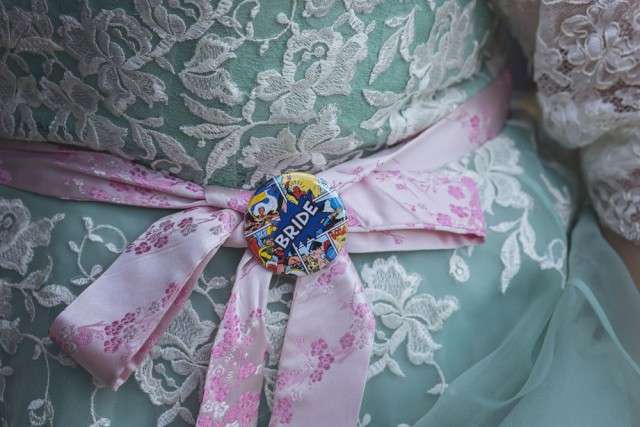 “The bridal bouquet was made by Jason’s sister, with a bit of help from the whole family. Jason’s mum made my Hello Kitty garter and I made some more duct tape flowers for the tables. Our amazing Hello Kitty cake was made by a family friend and was based on another cake that I’d seen on Rock n Roll Bride! The BBQ buffet was also done for us by a friend which helped us save money.” 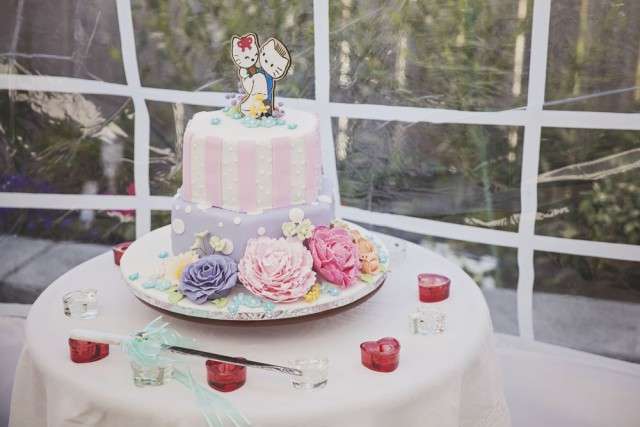 “We loved how personal it was having a wedding at home. It was really special getting ready together. We didn’t have anyone do our hair, we helped each other. Jason helped me get my dress on and we walked down the aisle together. It made the day a lot less stressful, knowing that we didn’t have to worry about travelling between venues and knowing that once the day had ended we were already home. It was also meaningful to plant a rose in the garden as part of the ceremony, because it felt like we were leaving a permanent reminder of the day behind.” 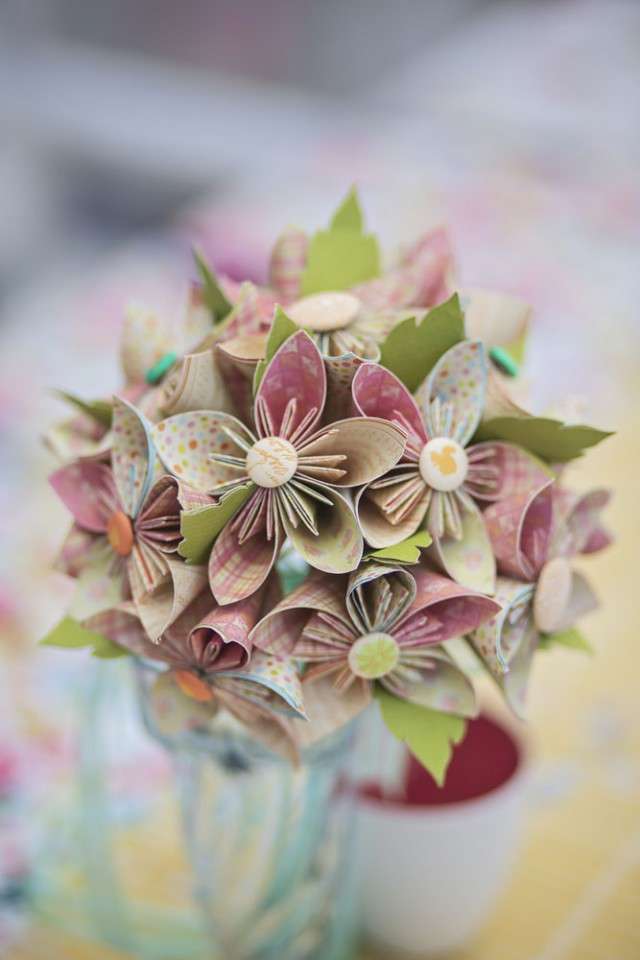 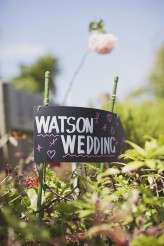 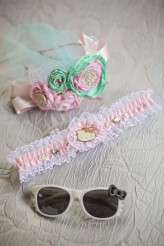 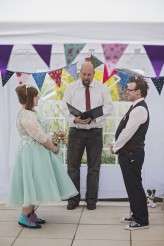 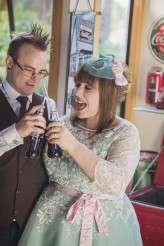 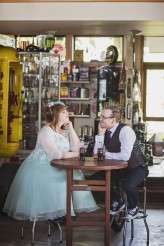 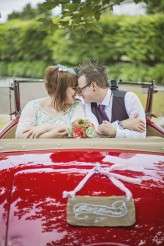 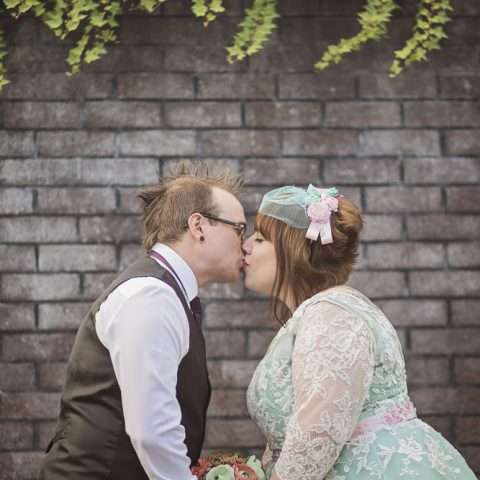 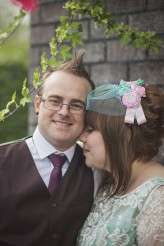 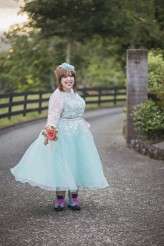 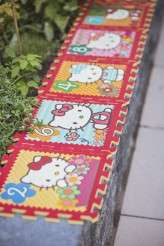 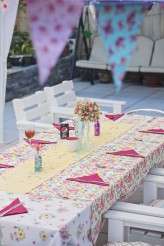 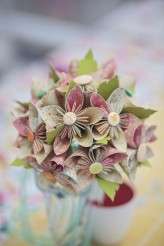 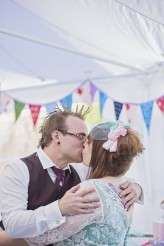 Fun and Easy-Going Back Garden Wedding

Emi and Phil were married in their own back garden. They had a relatively small budget, so they wanted to do as much as they could themselves. They didn't have a theme, they just wanted it to be laid back and fun for everyone.