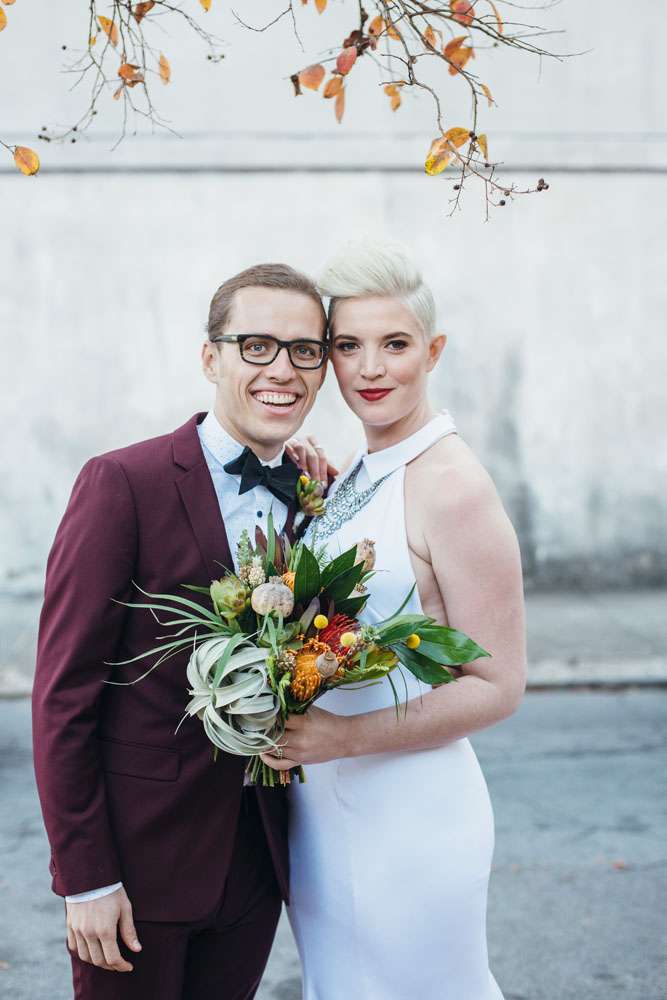 Artists Stephanie and Nick wanted a modern wedding that was influenced by their love of art and the community. The couple live in New York, but were marred in Savannah. They hired wedding planners Ivory & Beau to make sure the day went off without a hitch.

“Having wedding planners was a pretty crucial expense for us as we were planning a Savannah wedding from NYC and have really crazy schedules ourselves being freelance artists”, Stephanie began. “They helped keep us on schedule and roughly close to our budget ha! Plus they let us be creative and didn’t shoehorn us into a wedding style we didn’t want which can be difficult in the wedding industry where every vendor tries to push you into what THEY think you want.” 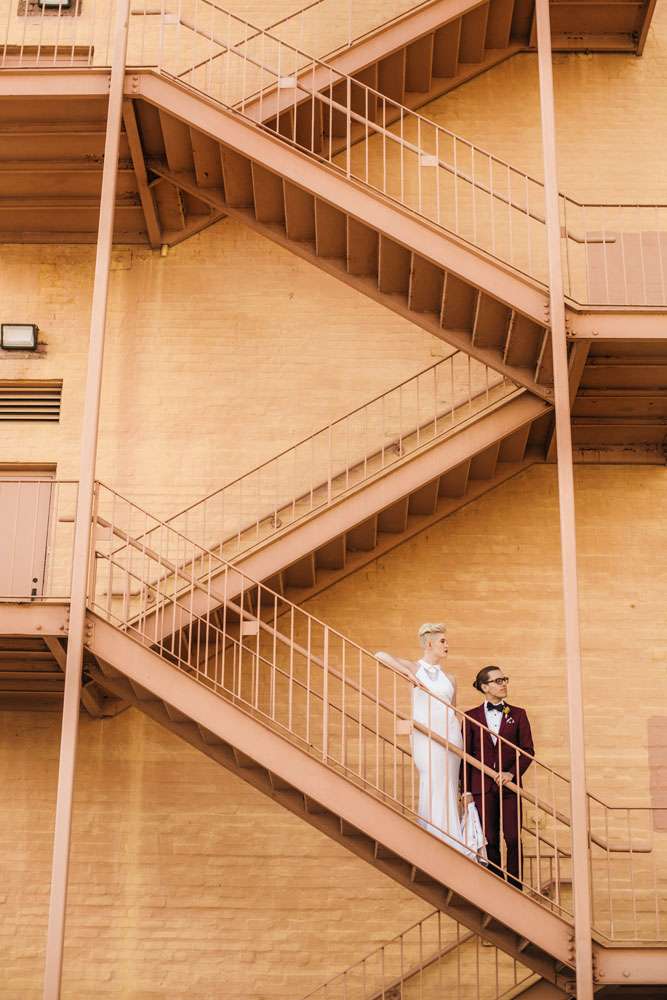 The day was held at Eden Village Church in Savannah, GA. They loved that it was a church, but not a traditional wedding venue. “The church building is actually in an old motor factory. I believe we were only the 3rd wedding to ever take place there. Also a good friend of ours built the wooden altar at the church, which was very special for us as well.”

The bride designed her own dress with help from her friend, Kourtney Wilson. She wanted to feel like herself and that meant nothing too girly. “I always knew I wanted to design my own dress but the possibilities were endless. As an androgynous girl wedding dresses have never felt like my style, so we decided to bring menswear elements into the dress. A high collar and my favourite part, suspenders in the back, all with a super form fitted bodice. If you’ve got it flaunt it, especially on your wedding day. I also made my own headpiece.” 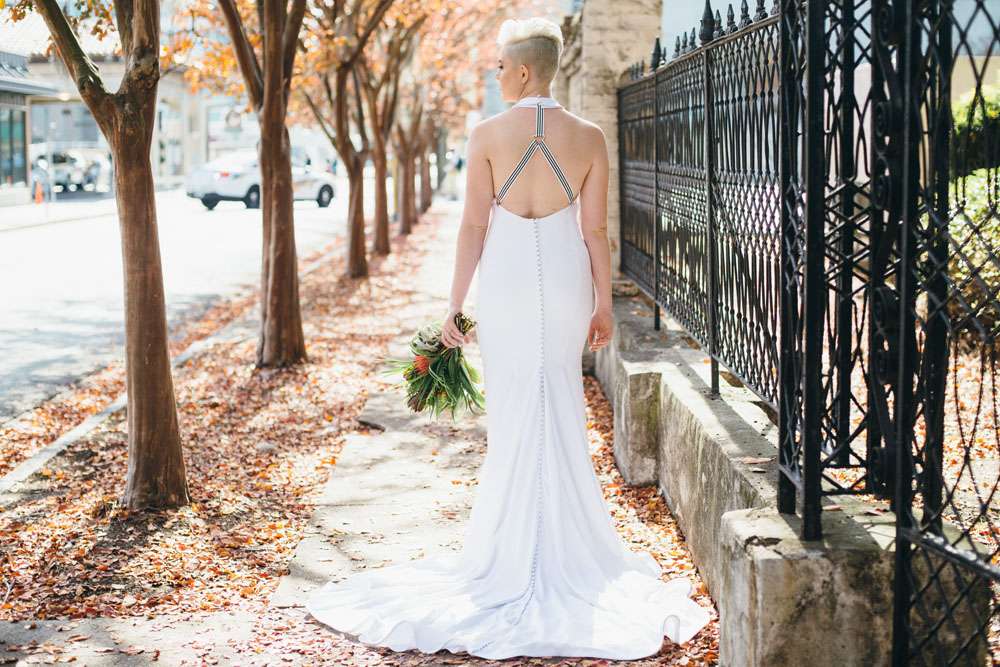 In a similar vein to this, the decor at the wedding wasn’t to be super girly either. They used succulents and cacti instead of flowers and lots of black and white. “We went a little crazy with the décor and props!” she laughed. “I LOVE succulents and I’m not a big flower person so we asked Ivory & Beau to use mainly succulents, cacti, and similar plants to decorate the wedding and to create my bouquet. We also had lots of black and white hand painted pots for the plants that that I painted with my parents. Many of the plants were in little glass terrariums as well.” 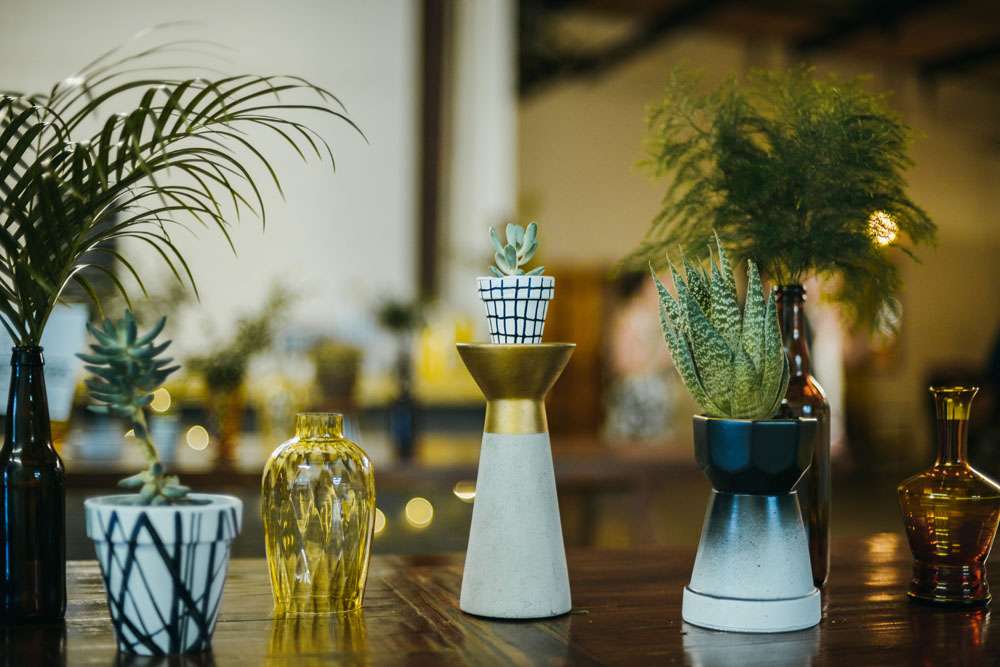 “However one of the best parts about our wedding was the wedding gallery we had set up of artwork that we had commissioned from our friends. This was set up like a real gallery with descriptions of each piece and benches in the middle. We went to art school and we have a lot of very talented friends and family and we wanted to figure out a way to include them in our day. As we have said community is very important to us so we wanted to demonstrate that. The idea came to us to ask our friends to create a piece of art that represents our relationship and many of our friends agreed happily.” 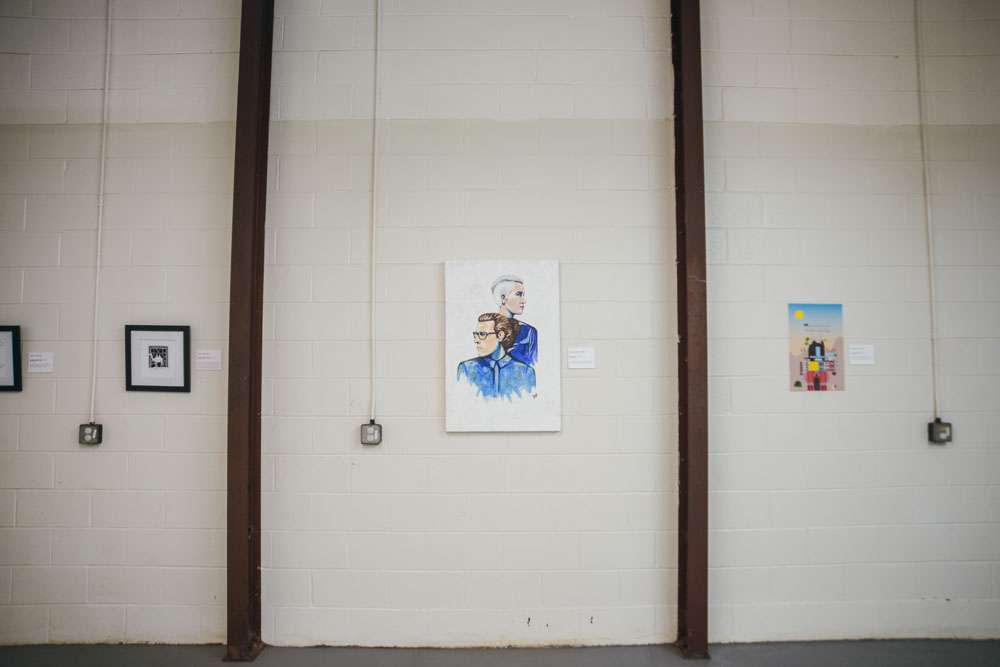 “We didn’t see most of the work until the day of and Nick and I both created pieces for the gallery ourselves (I painted a portrait and Nick put together a reel of home movies shot on Super 8 as well as some Polaroids of us throughout the years). It was amazing to see our community expressed in this way that feels so true to who we are. All of that artwork is now displayed in our first apartment together. Also in the gallery was a display of the past three generations of my family mothers’ wedding gowns on dress forms displayed next to their formal wedding portraits.” 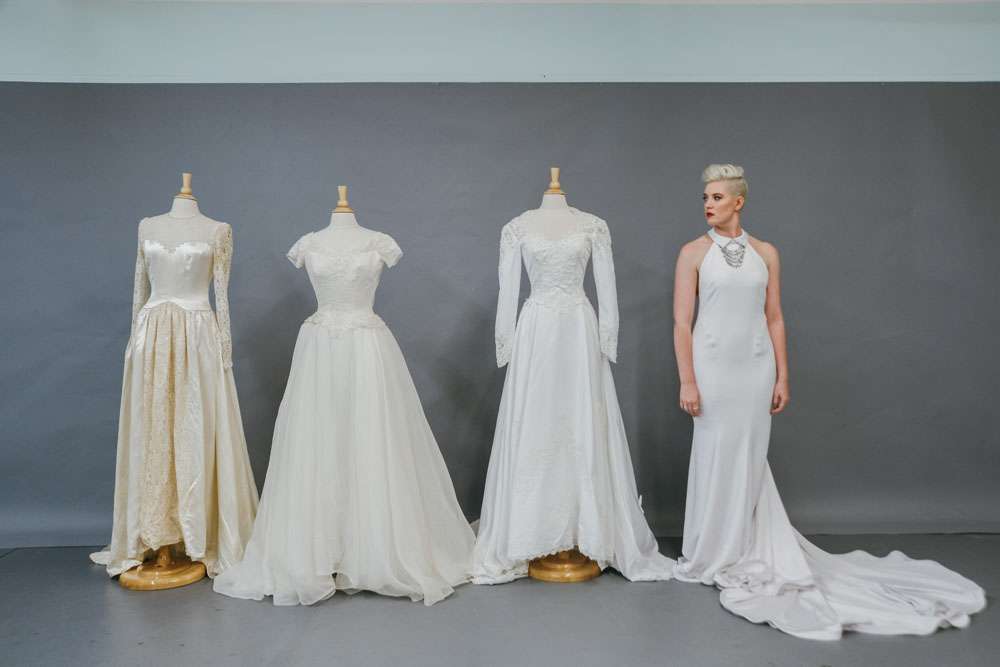 “We made three neon looking signs to place throughout the venue”, she continued. “We rented vintage chairs to create a ‘living room’ for people to relax and chat in. We also created an art installation in one of the corners with about 30 colourful paper lanterns. For the tables we had gathered a bunch of random glassware, pots, trinkets from my grandparents house during their move and Ivory & Beau beautifully incorporated these items in with succulents and other greenery. At the entrance, we had a small table with artwork from our lives like a poster from the concert we met at as well as little caricatures of us drawn by Stephanie.” 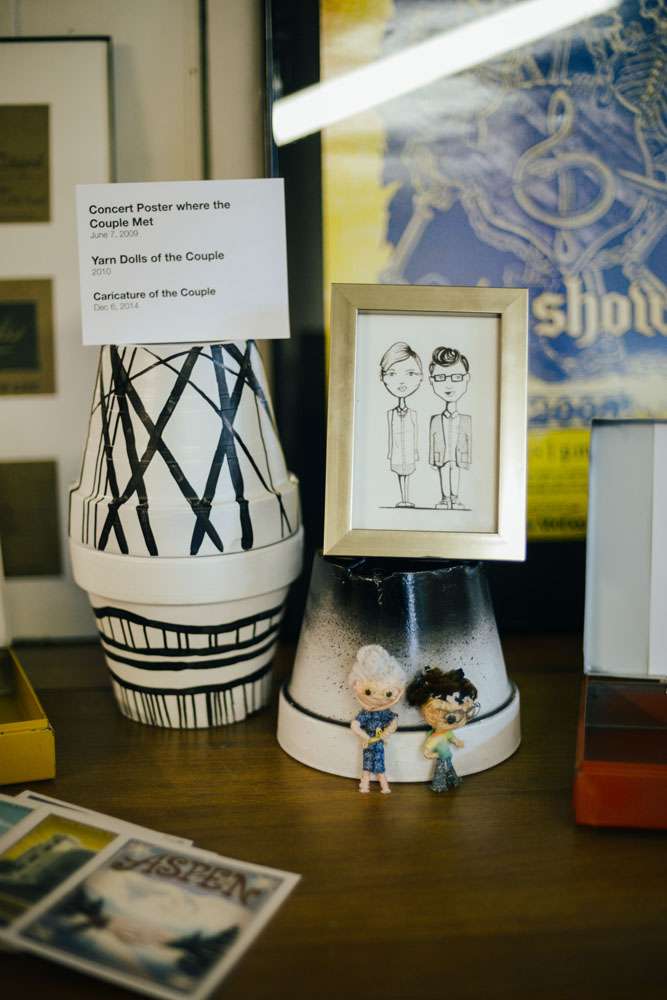 The photography was another really important elements to them both. “Our photographer was Julia Hembree, a super talented, childhood friend of ours who lives near us in NYC, and shoots mostly for magazines and websites. We loved the idea of working with her because her style was so different from the wedding photographers that we looked at. She also shot our fashion editorial style engagement photos and knowing we wanted a similar editorial/non-traditional vibe to our wedding photos we thought she was the perfect fit. We were right; her photos were beautiful!” 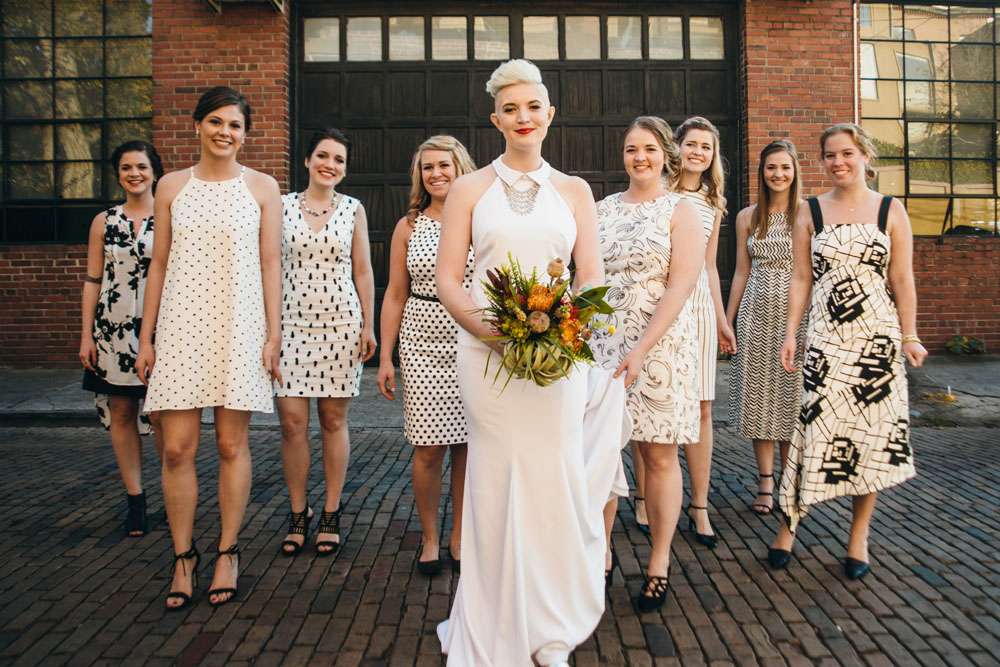 “One of the best things about our wedding was that we both planned it together equally,” said Nick. “We wanted to break the stereotype that weddings are only for the women and planned by the woman. This truly was a group effort and personally I had a lot of fun (and stress haha!) creating our wedding day together.”

“You can never truly know what wedding planning will be like until you are in it. Our advice to other couples is that you should take time to truly acknowledge the amount of people who are rooting for you and love you, whether that is silently to yourself on the day or during a hard time in the planning process.”

“With that said, getting a wedding planner was a huge deal. With our crazy schedules, we could not have done it all without Ivory and Beau, especially given that it was a destination wedding and they could run errands and give us Savannah-specific advice about things. They saved us!” 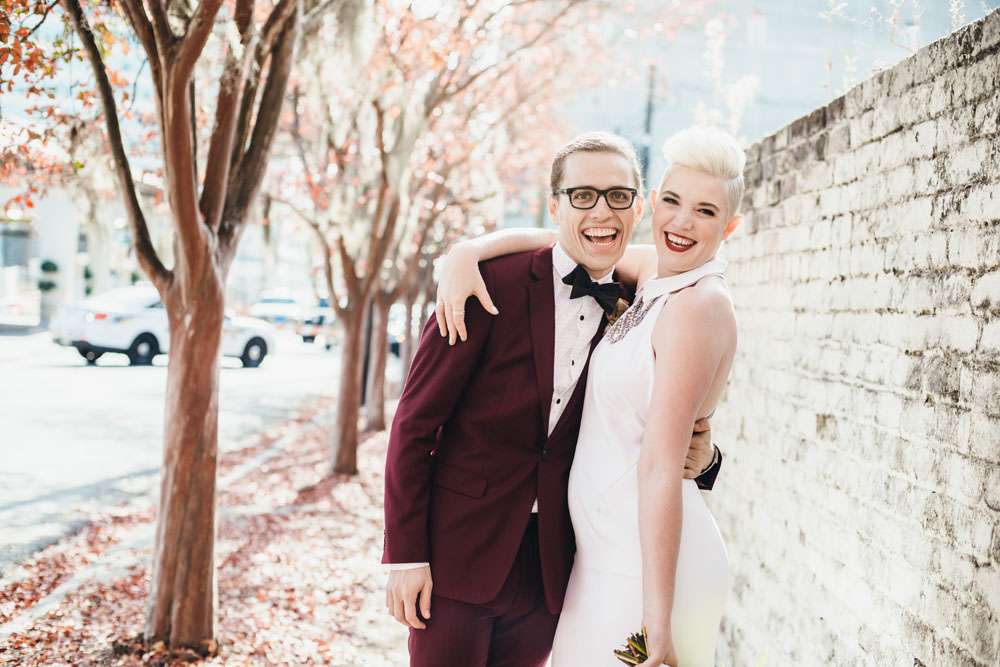 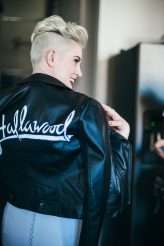 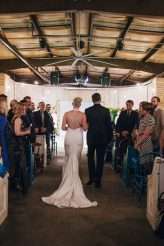 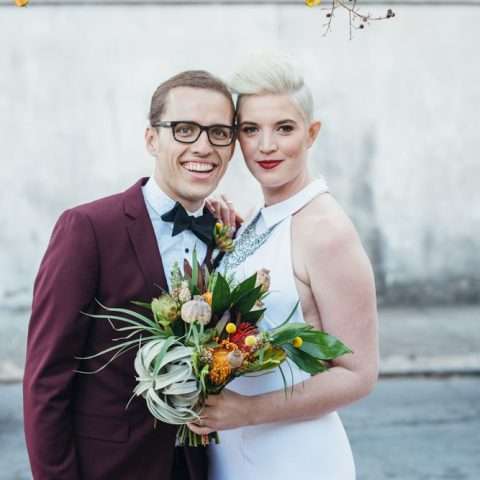 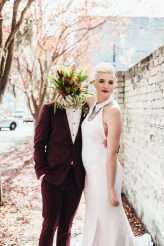 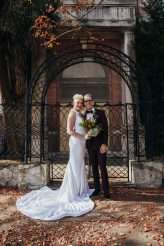 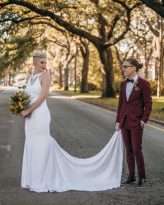 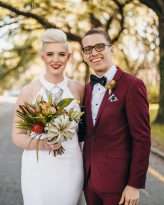 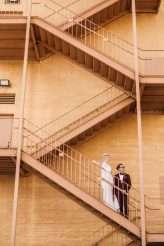 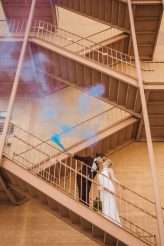 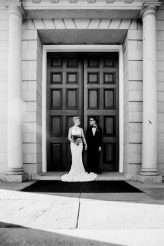 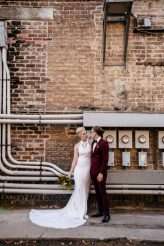 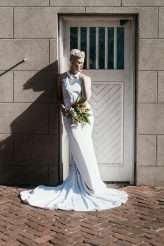 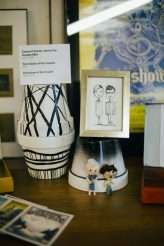 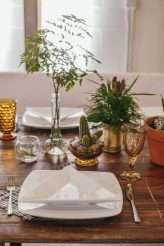 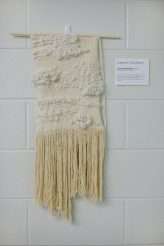 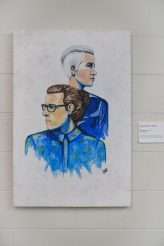 New Year's Eve might not cross everybody's mind as a date to get married, but for Tyler & Martin it couldn't have been more perfect! "Martin and I are a little obsessed with The Flaming Lips," Tyler explained. "He introduced me to the band early in our relationship. He took me to my first show...it was New Years Eve, Halloween and pure happiness all in one night! I’ll never forget watching another couple get engaged that night and telling Martin that would be a pretty awesome way to do it. Apparently he filed that information away. A couple years later during our yearly pilgrimage to Bonnarooo, Martin proposed to me under a shower of confetti and balloons while The Flaming Lips played 'Do You Realize.' It was perfect."

Manny & Rachel were married in an art gallery in California. Describing themselves as an artsy couple, they knew that they wanted their wedding to be different, quirky and to have some personality. The Orange County Center for Contemporary Art in Santa Ana was the perfect place.

Being a fashion designer in Brasil, Fernanda and made her own wedding dress/ She also hand stitched the one's her bridesmaid's wore too. Her work is inspired by Japanese culture so that, and her architect husband's love of clean lines, influenced the theme of the wedding.