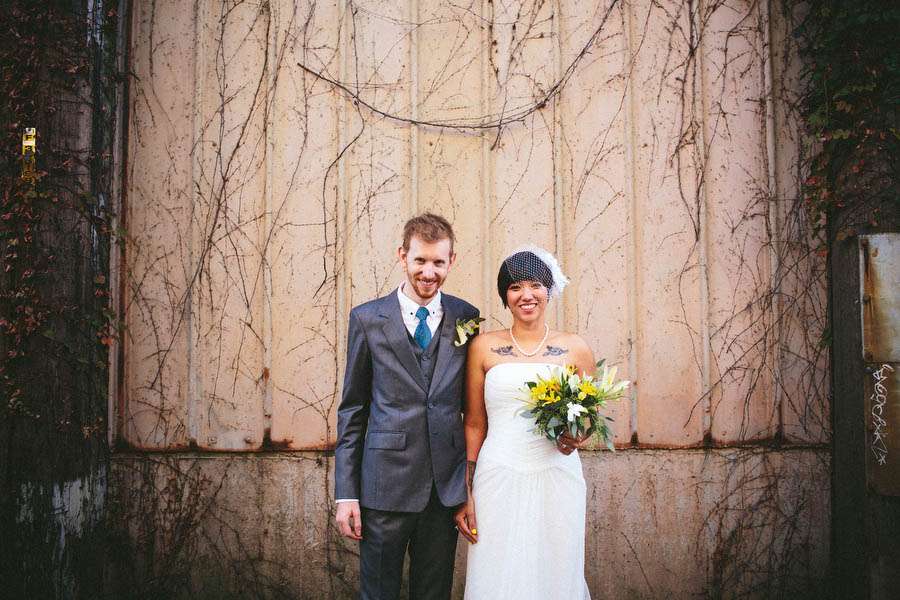 Having never been to a traditional wedding as adults, Jen & Nick really had no preconceptions about what should happen at a wedding. Instead they took to it as they might when planning any party…and they did what they wanted! 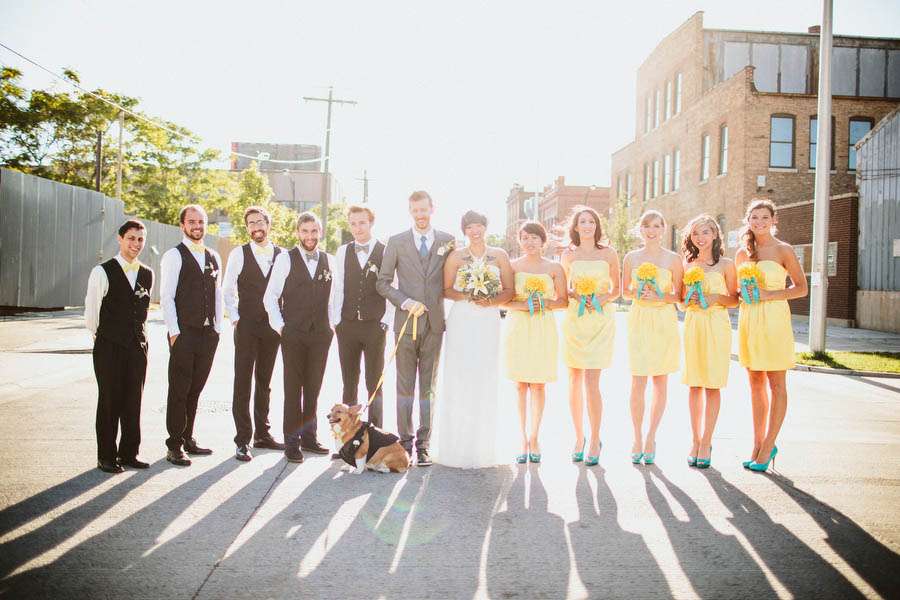 “The only wedding either of us had been to in our adult lives was in an abandoned parking lot and lasted 20 minutes”, explained Nick, “so we had no preconceptions of what should happen. Our wedding was about having fun. We had a Mountain Dew fountain, glow stick cutlery, vintage cartoon paper plates, funnel cakes made to order and a late-night hot dog bar!” 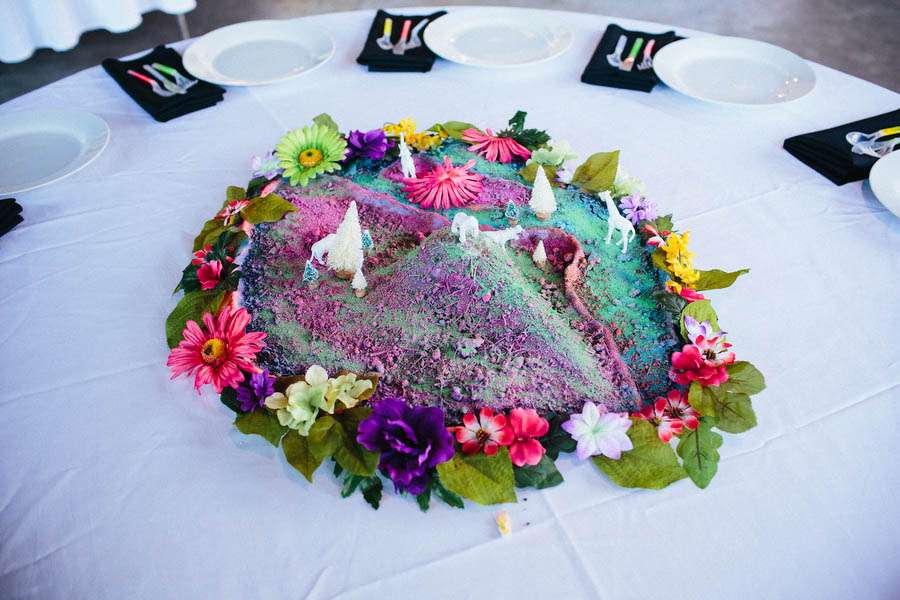 “In fact the cake was one of our favourite things and it came out exactly how I had hoped it would. Originally it was going to be ‘slimed’ just like on Nickelodeon, but due to some last minute changes (i.e. we lost the original cake toppers) we had to scramble for substitute characters for the cake and I settled on Egon Spengler from the Ghostbusters cartoon. It worked out well because I resemble him much more than my original guy (the Rocketeer) and it added a whole other dimension to the slime!” 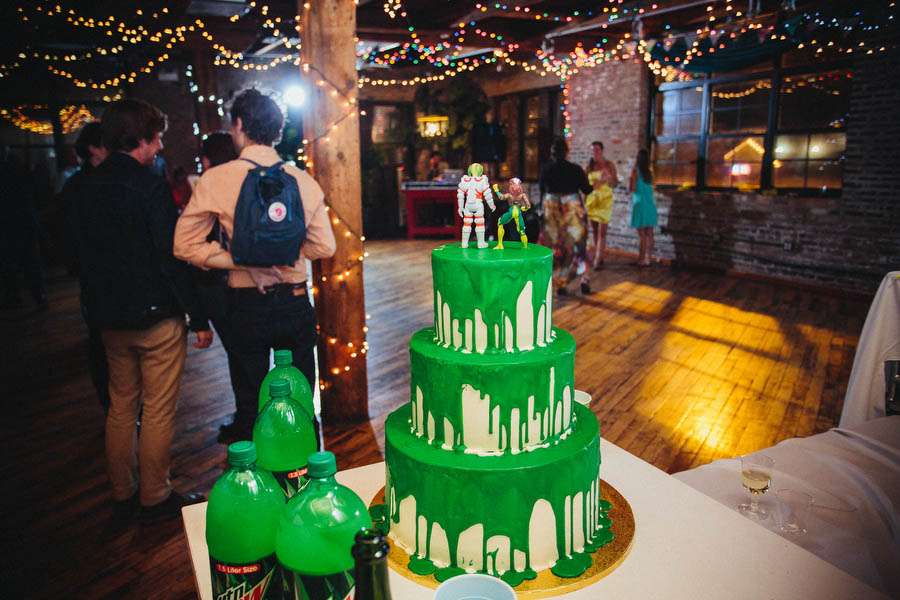 The wedding was held in High Concept Laboratories, Chicago, a space the couple could totally make their own. “Our reception decor and props, including the centrepieces were made by Joey Mansfield“, Nick continued. “Busy Beaver Buttons made the 2.25″ buttons; With Love XOX made our dog/ringbearer’s outfit (suit, vest, collar/leash); Reuse First helped with all the printing and our photo booth was from Chicago Event Pics.” 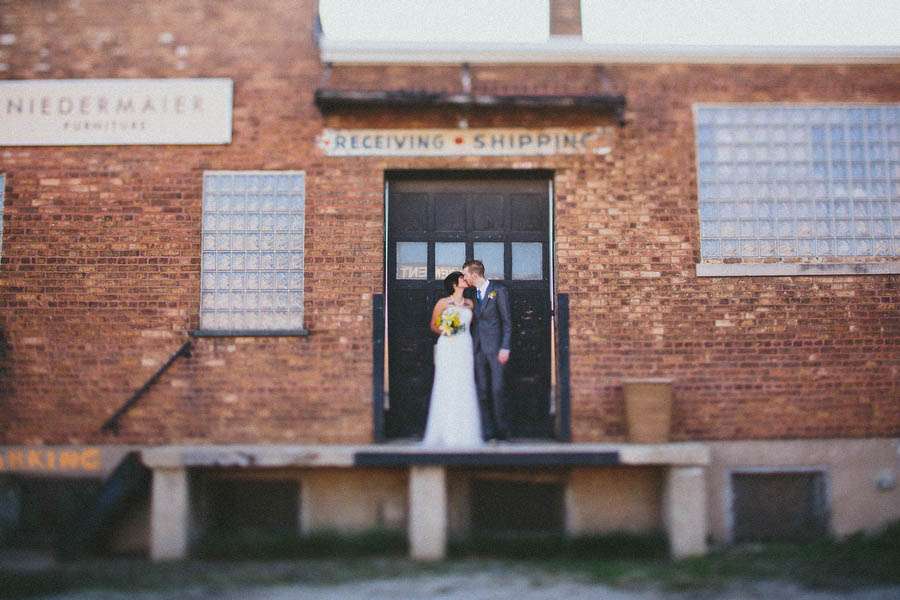 Ooooh and be sure to check out the video goodness from Dane Kissel. Cuteness.

Awesome! Thank you to Jen, Nick and their photographer Sean Dorgan for sharing with us today. 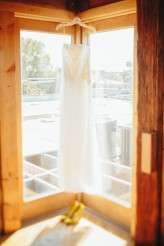 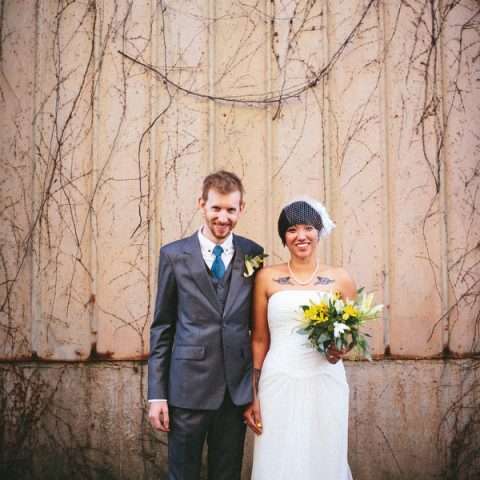 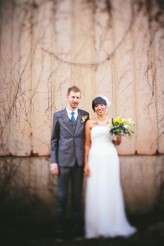 The Art Factory, a specious historic loft space in New York, was the ideal location for Jordan and Matthew's creative wedding, They wanted complete control over the day and to not have any restrictions on what they could or could not do, and so the blank canvas, dry hire space was ideal.