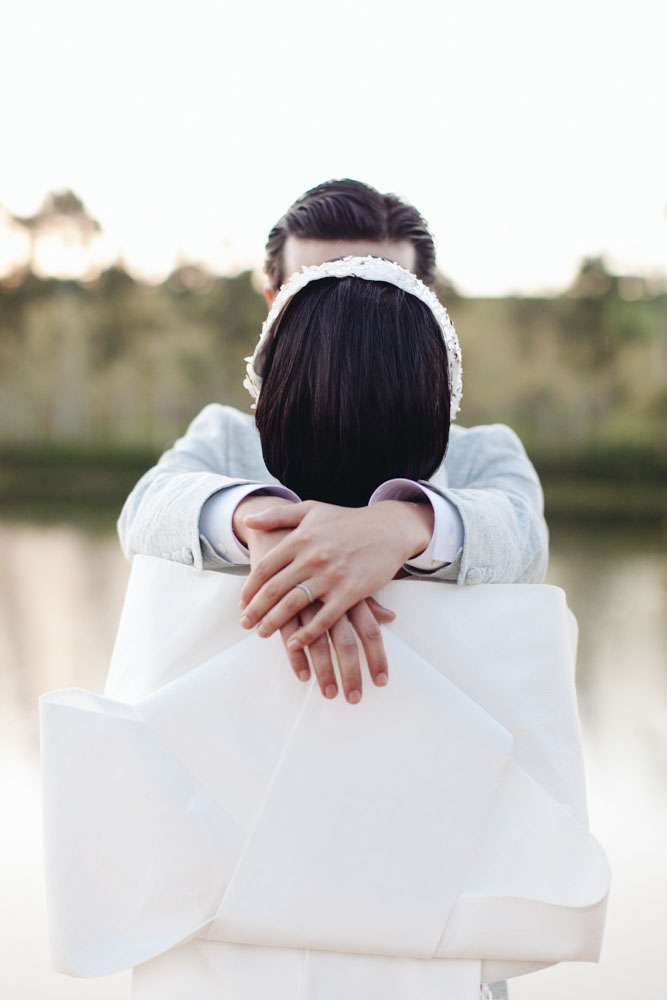 Being a fashion designer in Brasil, Fernanda and made her own wedding dress/ She also hand stitched the one’s her bridesmaid’s wore too. Her work is inspired by Japanese culture so that, and her architect husband’s love of clean lines, influenced the theme of the wedding. 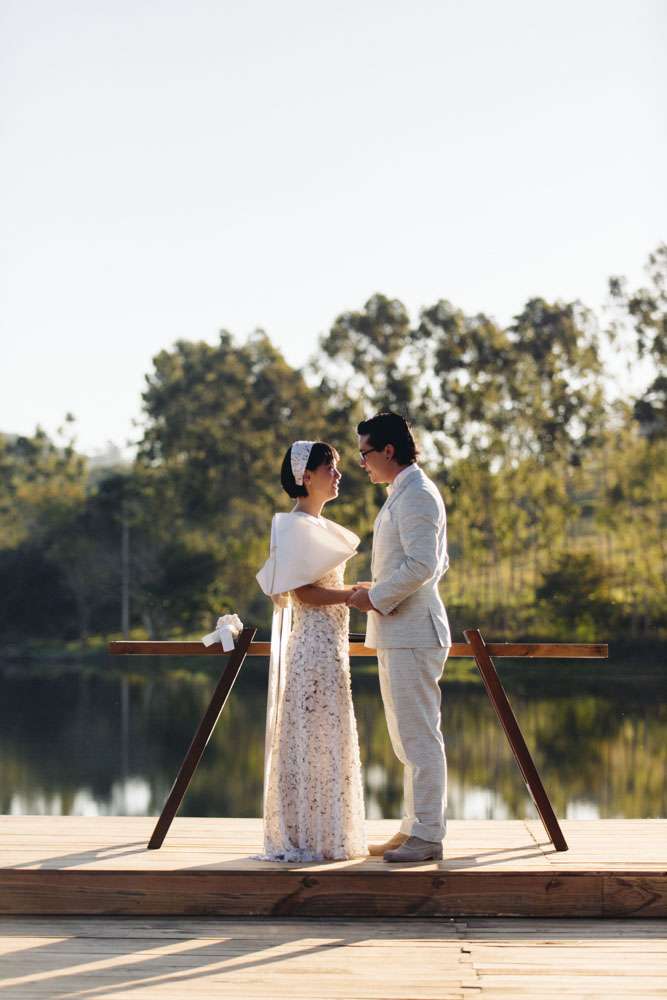 “Rodrigo came up with the whole architectural design of their venue, Fazenda Lageado“, wrote wedding photographer Marília. “He was responsible for creating specific places for the ceremony and the reception (they actually had a whole deck and set of stairs built for their ceremony), as well as designing and picking out materials and furniture used. They wanted everybody to appreciate the natural beauty of the place, so all of their décor was very minimalistic and their dance floor was under a big beautiful tree.” 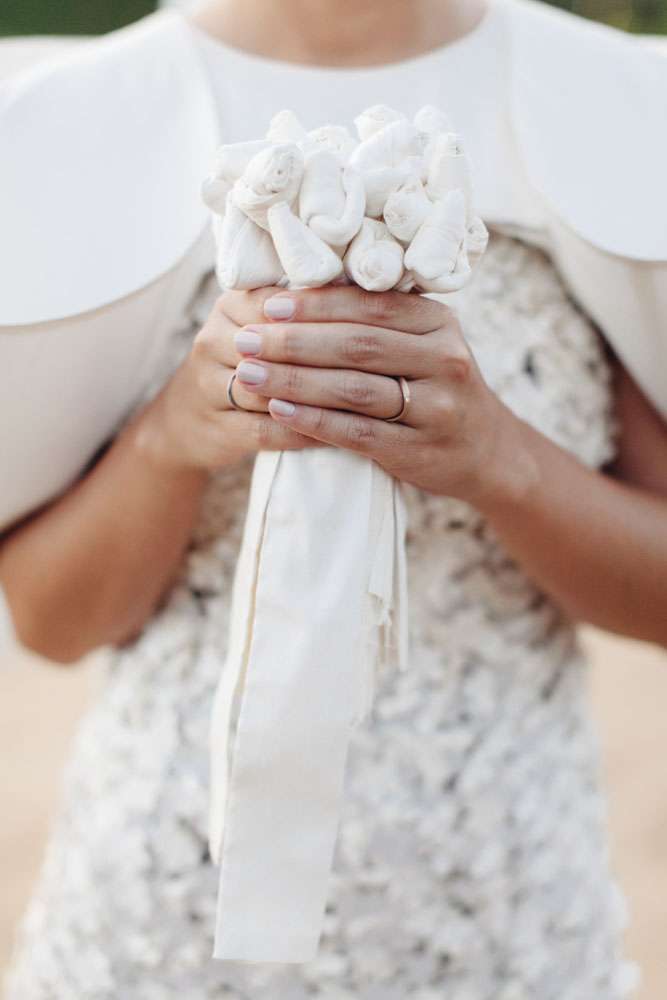 “The ceremony was performed by two people, one of each of their uncles”, she continued. “Everything at their wedding was very unique, from their invitations, which opened like an origami, to the fact that they chose not to have any flowers at the ceremony. Their wedding favours were cardboard dolls of themselves, dressed (with real clothes) and holding a little tin backpack with chocolate hearts on the inside.They also had masks of their faces distributed to their guests on the dance floor. Although it was cold at the night of the wedding their guests danced until almost 3 in the morning!” 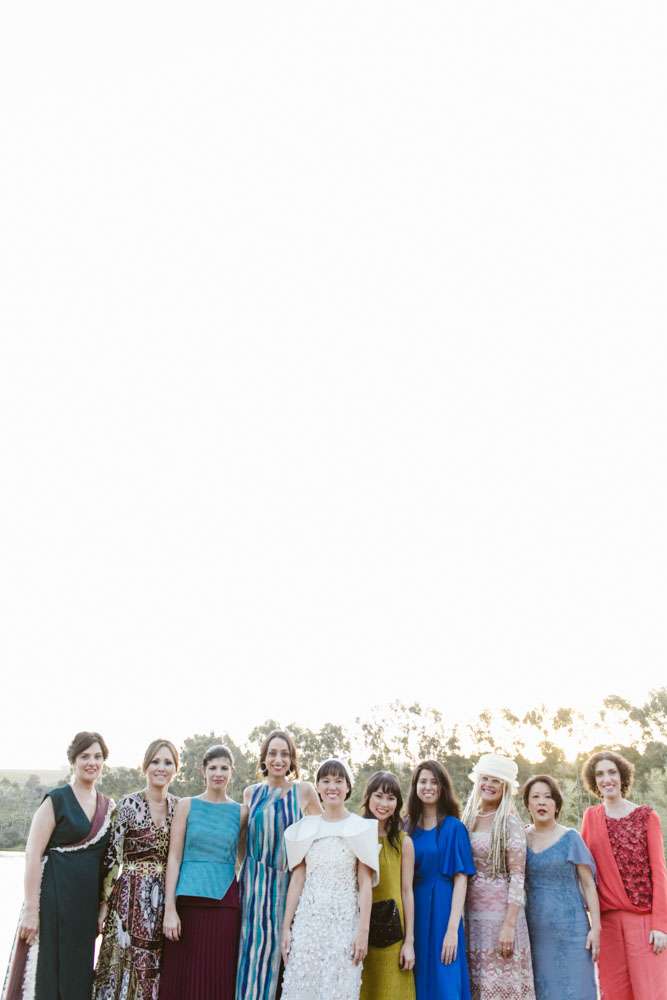 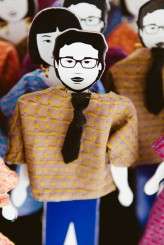 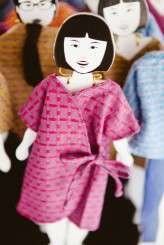 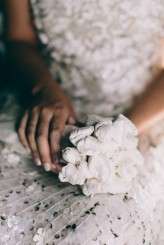 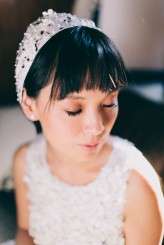 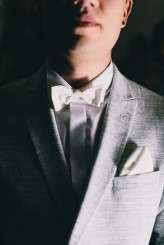 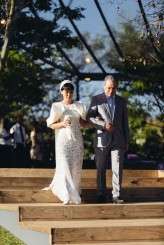 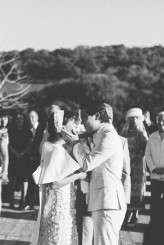 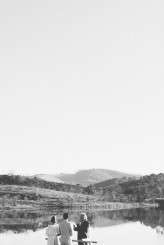 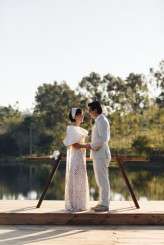 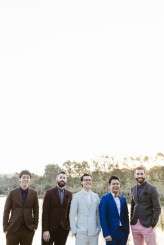 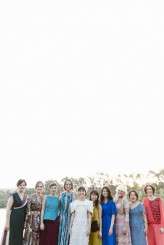 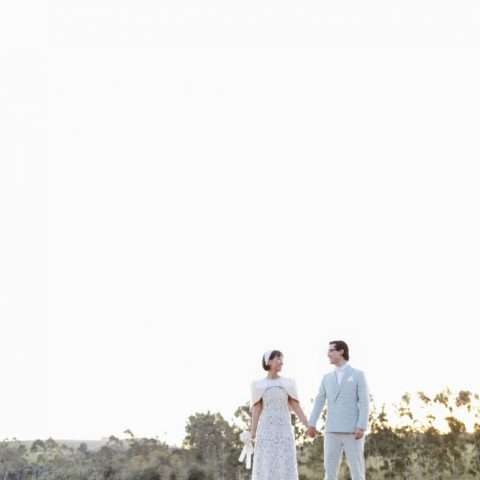 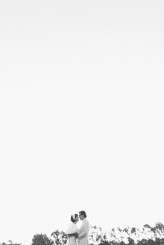 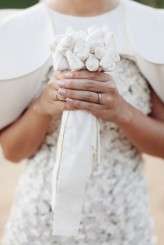 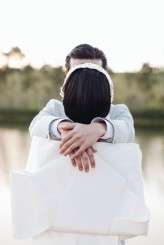 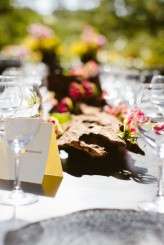 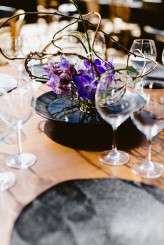 Dean and Helen wanted to focus on the details of their outdoor, camp site wedding. They put their hearts and souls into hand crafting (with the help of friends and family!) a wedding day that really reflected them and everything they love.