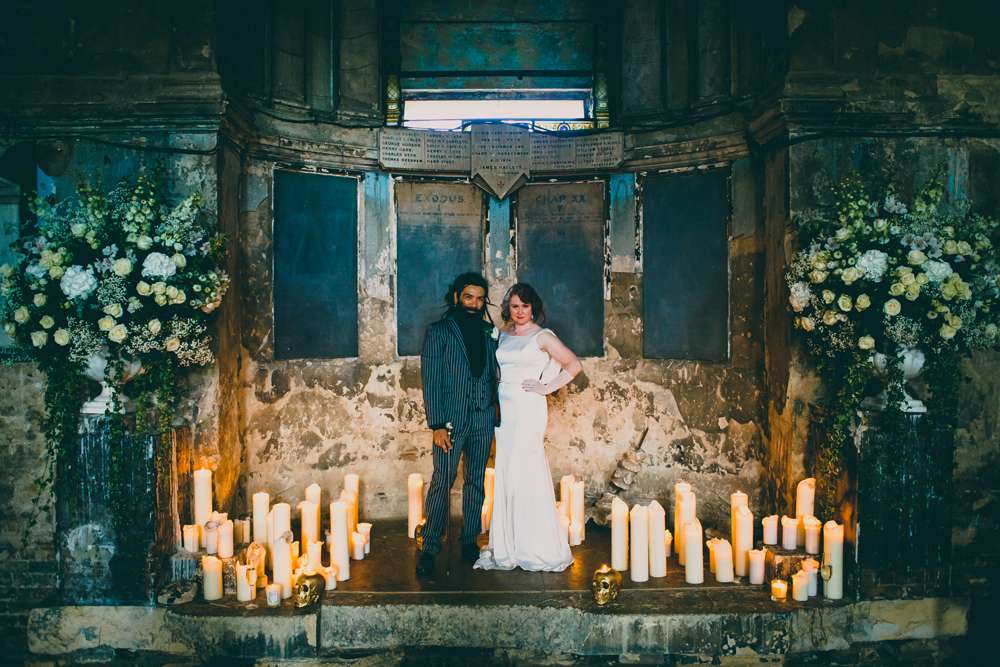 “We met when I booked him to design me a tattoo!” began the bride. “It was a huge side piece and I chose him as his book really stood out. When I went to meet him and discuss
the design it really was love at first sight for us both. It took another year before I finally
plucked up the courage to ask him out though, he didn’t think it was appropriate or professional to ask me himself!” 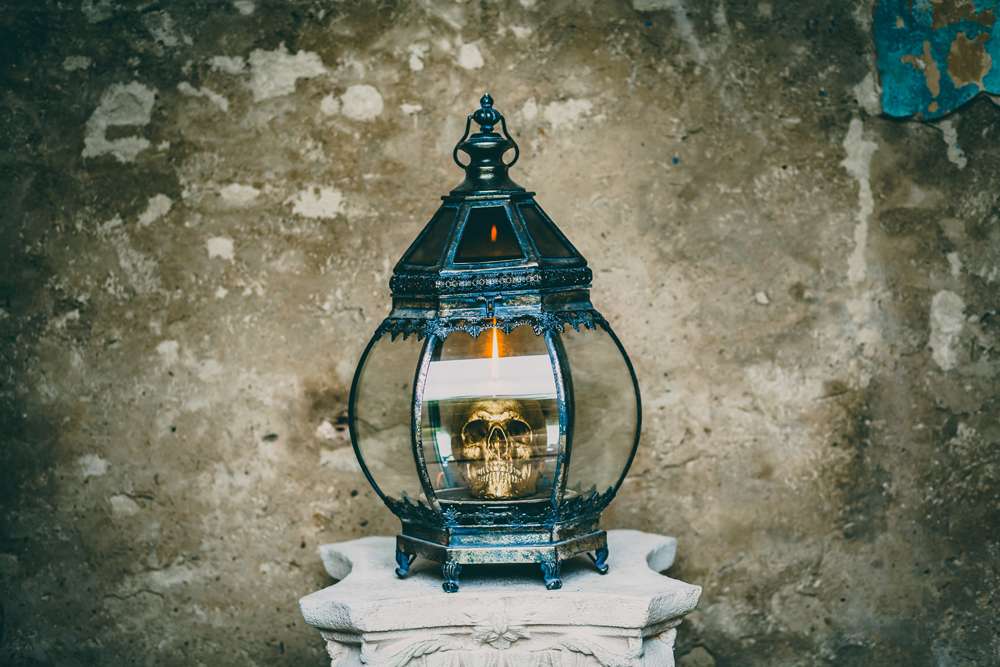 “The overall theme was ‘Til Death do us part’ and even the invites had a skull bride and groom on them! Our guests were really excited when they received them as they knew from the start that it was not going to be a traditional wedding. For our seating plan my artist friend and I made a graveyard scene in an old picnic hamper, complete with wedding vow gravestones and moss, each table was named after a wedding vow!” 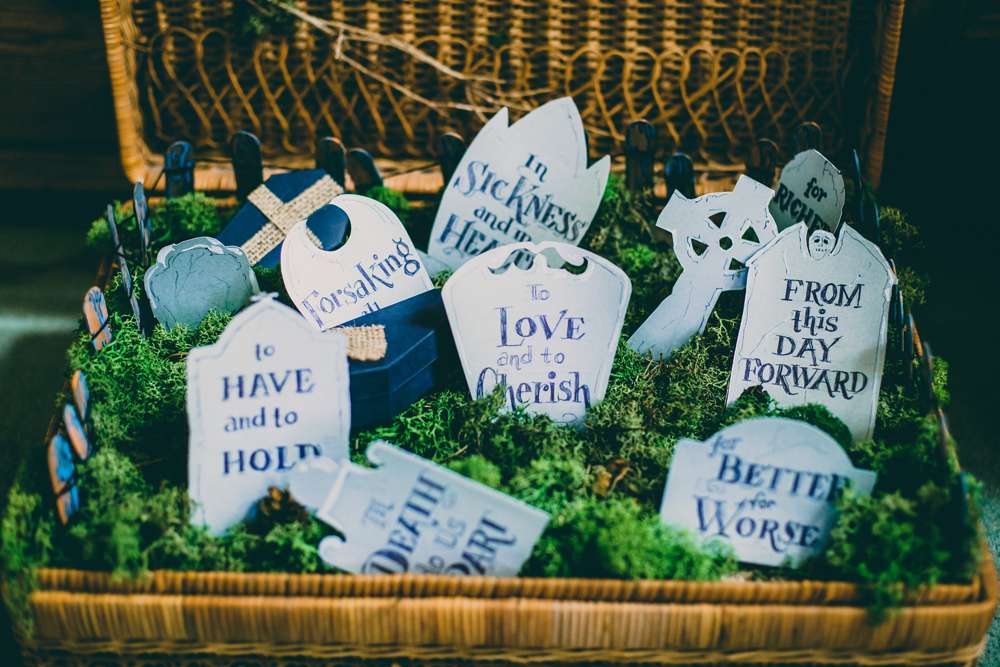 “Miguel loves skulls and taxidermy and I love cabaret and all things vintage (especially 20s-50s fashion) so all these things influenced our theme. We managed to incorporate all of these loves into our wedding, including a vintage afternoon tea party, a full cabaret show and lots of skulls and feathers dotted around the venue as decor!” 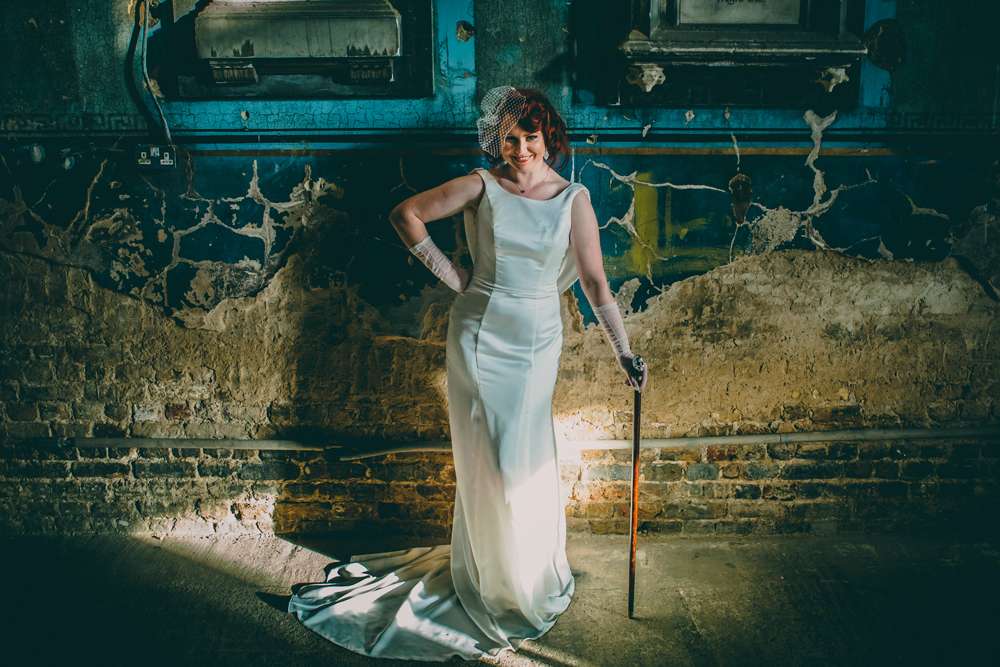 “Unlike a traditional wedding ours lasted for four days and this was really important for us as we had guests coming from all over the world and we wanted to be able to spend time with them all. Each day had something new and exciting involved. Day one was the ceremony in London, followed by a fish n chip supper at a friend’s restaurant! Day two, we all made our way to Park Hall in Worcestershire where we celebrated that evening with a mini beer festival, hog roast, ice cream van and the incredible Urban Voodoo Machine to dance to! Day three included a vintage afternoon tea, a family football match, the wedding breakfast followed by a cabaret show and fire spectacular and dancing til dawn! On the fourth day we all enjoyed a chilled brunch before heading home.” 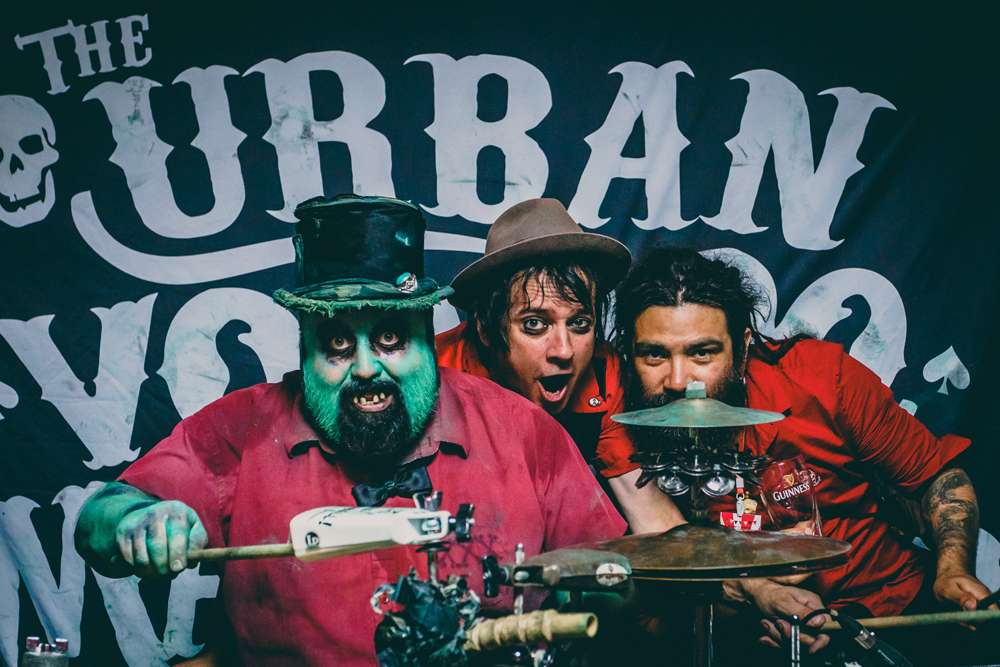 The bride wore two dresses, both from Fairy Gothmother, and both bought in a sample sale. “I saved lots of money on my dresses”, she explained. “I had already been in to try dresses on but felt they were a bit pricey, especially as I was hoping to buy two wedding dresses – one long and one short! I waited until the shop had a sample sale and I managed to get both dresses for under £500! I spent a bit more having a bespoke top-coat handmade by a dressmaker friend of mine, it was perfect and really finished off the dress. We also saved a fortune by doing a ‘booze cruise’ in Calais before the wedding. We bought loads of great wine and local beers and at a fraction of the cost of buying it here.” 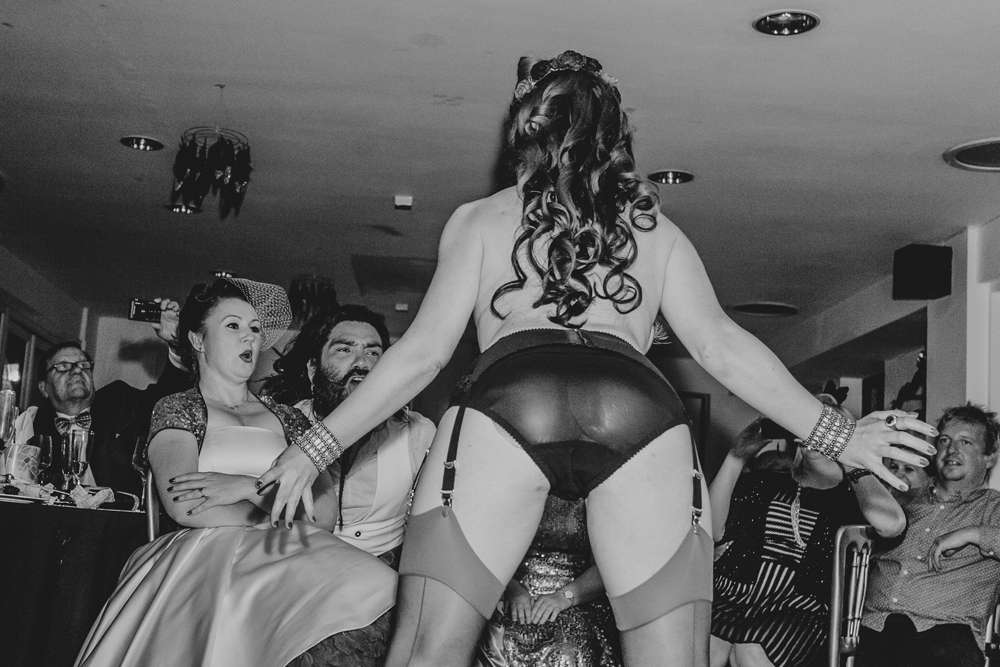 “Th best thing about planning our wedding was that it was exactly what we wanted with lots of quirky things we love and small personal details. And we were able to spend four full days with our loved ones!” 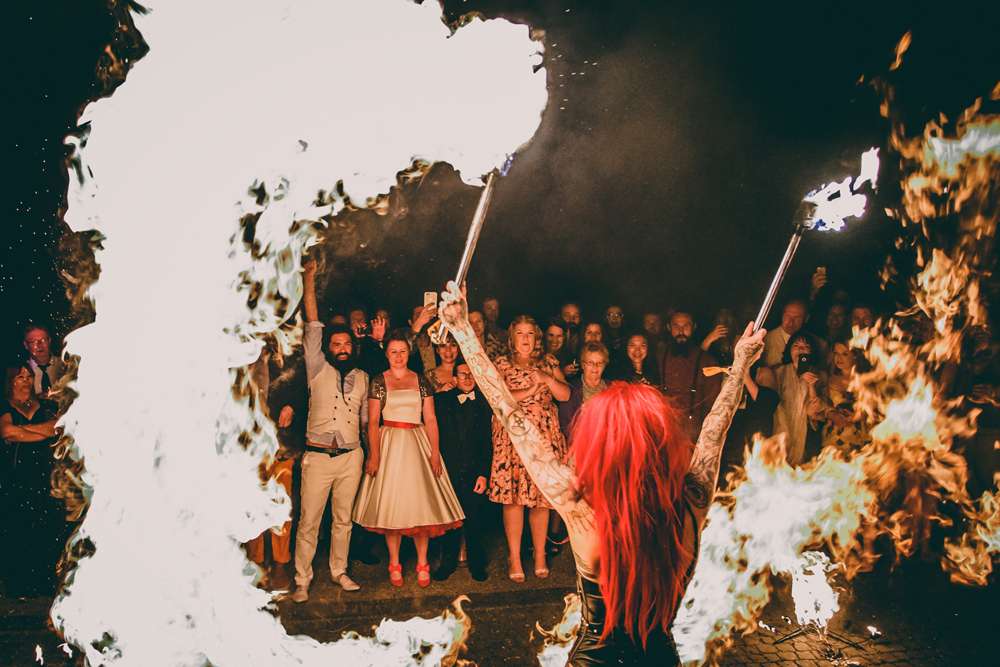 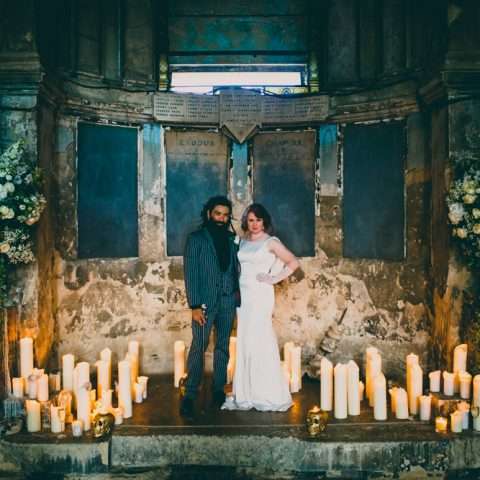