Sebastian and Wiebke hosted their ceremony in the bride’s parent’s garden, followed by a reception at a local restaurant. Their theme to be a colourful garden party inspired by pop art.

“Our wedding theme was inspired by our living room and the art in it”, said the bride. “We both like Roy Liechtenstein and we were inspired by him to use primary colours and to have speech bubbles. The stripey pattern that became our signature wedding pattern started when we made our Save the Dates. It was based on an album cover (Die Ärzte by Planet Punk) combined with Liechtenstein’s colours.” 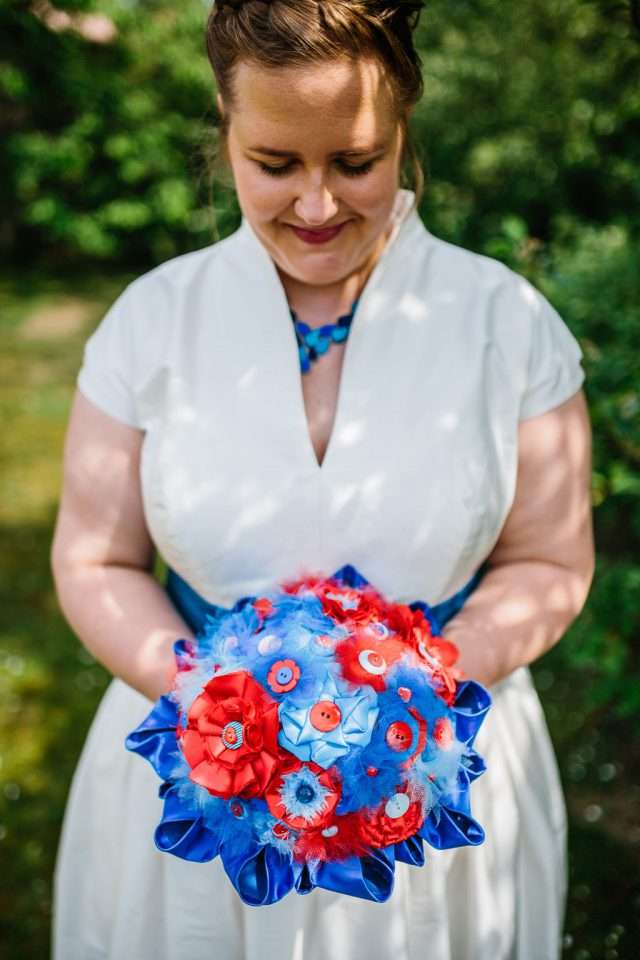 “Other than that we aspired to make everything look and feel light and cheerful. Since our tastes in stationery and decorations are quite different, we tried to achieve a synthesis of both of our tastes. Sebastian likes sleek professional design and I love cute and colourful handmade things.” 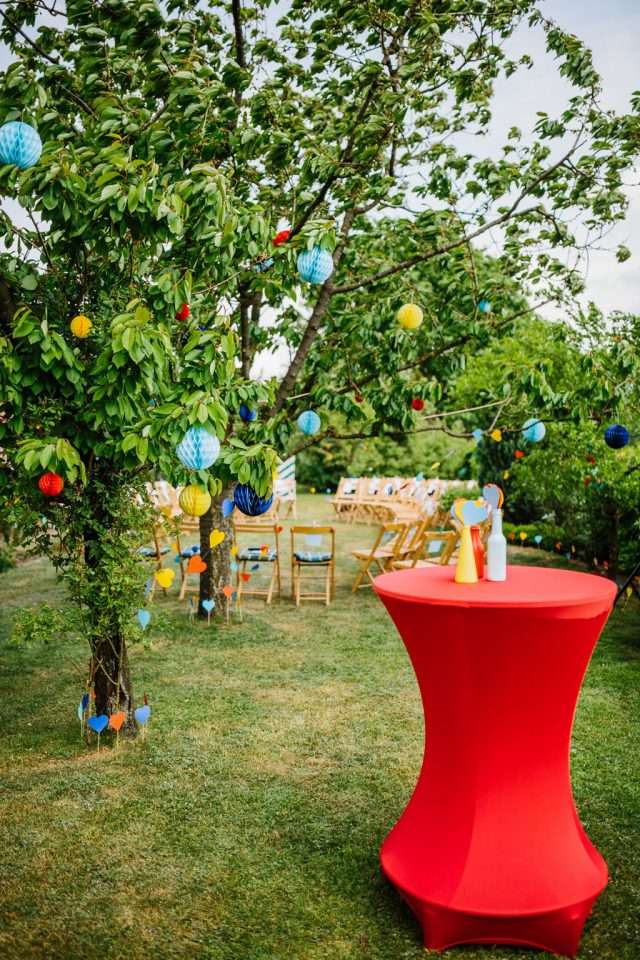 Their ceremony was held in a circle in the middle of the garden and they led it themselves, without an officiant (they did a legal ceremony at another time). “We wanted the chairs to be set up in a circle in order to make the ceremony feel like something we did together with our friends and family”, she explained. “The space was a little to small for a circle of 80 chairs, so we had an oval with two rows of chairs, but it still felt like a circle. We walked into the ceremony holding hands.” 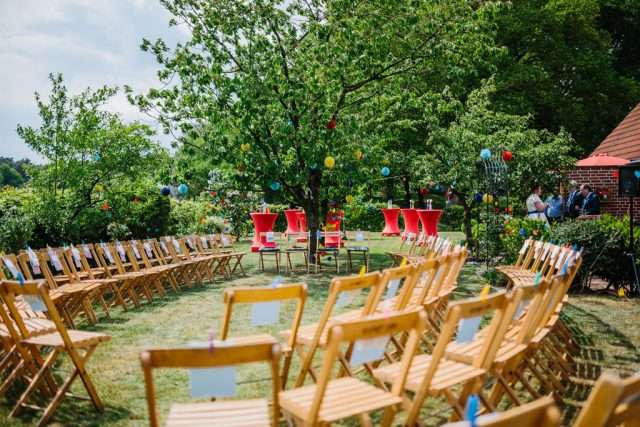 “We were our own officiants at the ceremony since we didn’t think we needed anyone else to ‘marry’ us. This was a thing we wanted to do ourselves in front of all our friends and family. The ceremony consisted of an intro song, a short introduction by Sebastian and me, a song performed by two old friends, our personal vows and exchange of rings and ended with a song everyone sang together. We walked out through a heavy confetti shower. The most special part of the ceremony were the personal vows we read to each other. After the vows we asked each other ‘Do you want to be my wife/husband for now and forever?’. I was a little emotional and some very ‘tough’ guys and gals told me they cried during the vows too!” 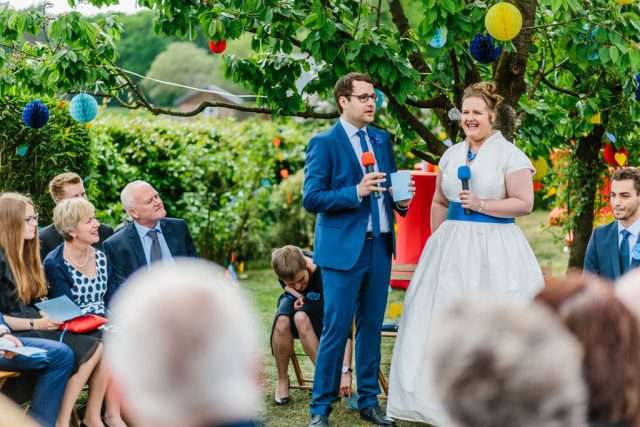 “Our biggest cost was food and drink but we saved by not having any flowers and doing all the decorations ourselves. We also didn’t pay for a celebrant. We didn’t pay for either venues because we used a family owned house for the ceremony and the reception venue was free as long as we bought all the food and drink from the restaurant!” 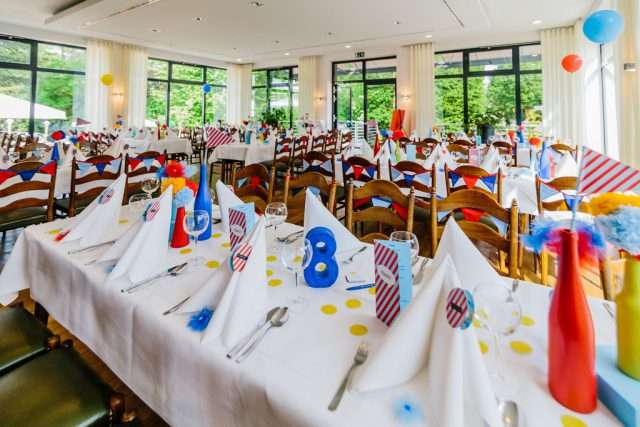 “The best part of wedding planning was getting to do lots of fun DIY projects throughout the year. I also loved buying pretty things like dresses and shoes and jewellery and purses! On a more serious note though, we thought about our relationship and our priorities a lot when we wrote our own ceremony and our vows. It made us reflect on why we appreciate our relationship and our partner so much.” 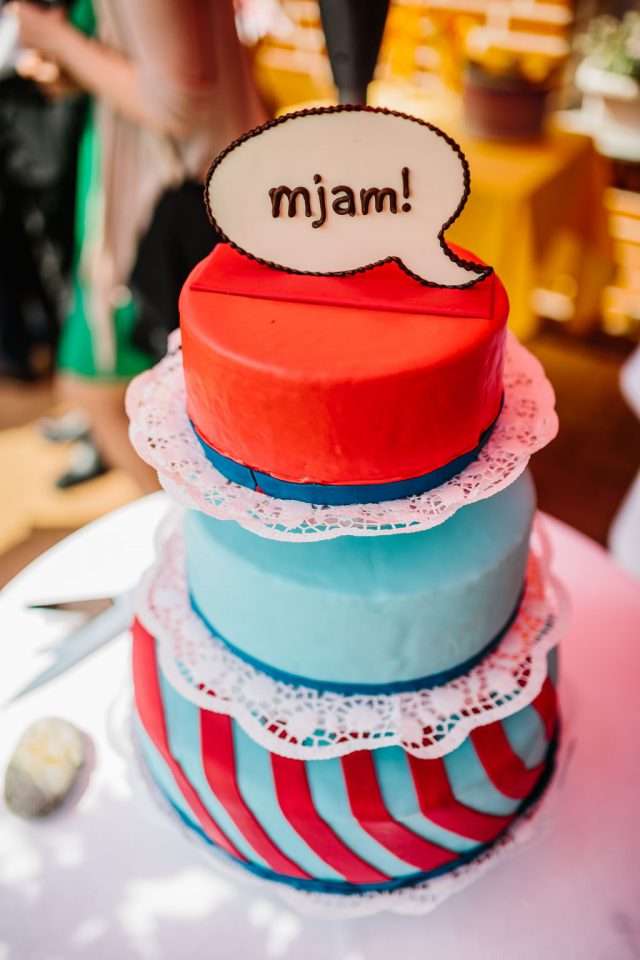 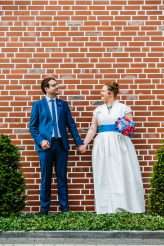 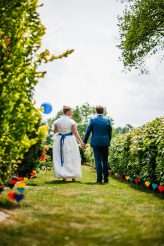 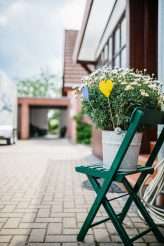 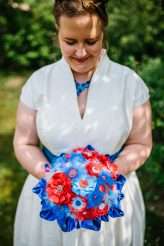 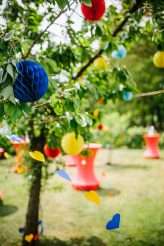 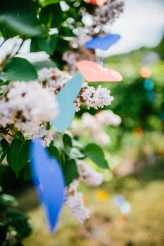 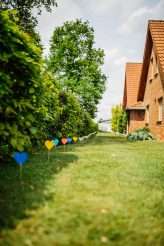 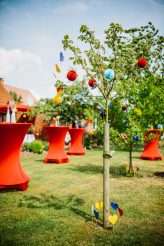 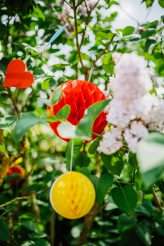 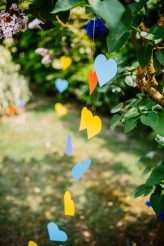 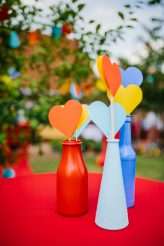 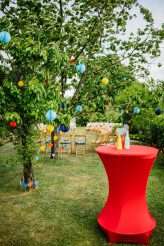 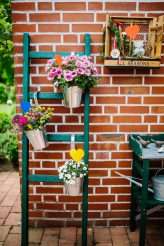 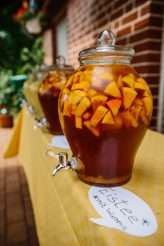 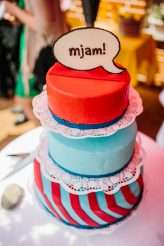 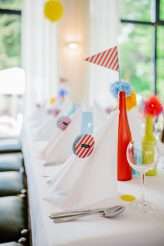 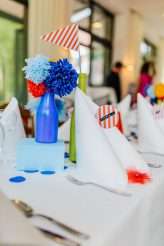 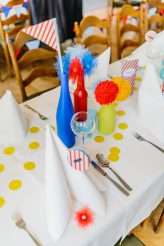 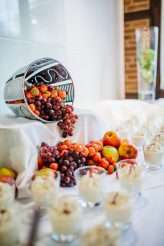