Heather and Iggy’s wedding took place in St Omer Park, Queenstown. Their lakeside ceremony was intimate and perfect for them. “We chose to have a short ceremony in a Queenstown park on the edge of Lake Wakatipu ($35 hire fee to the council – yeah!) We narrowed down the precise location the day before, and then updated everyone via our prepared contact lists. The set-up was easy – a few chairs for those that needed it, strings of cranes placed in the willow trees by the best man and Iggy, and a few well-coordinated meet-ups with the celebrant and my brother that played our music from a portable speaker.” 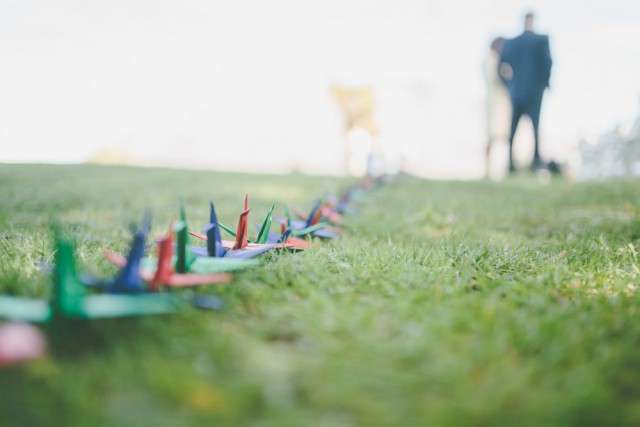 “We had prepared the ceremony format weeks before, and it ran for 10-15 minutes. The weather was great on the day, which was lucky as our wet weather alternative wasn’t really feasible. As the ceremony location was in public, the wedding party consisting of me, my bridesmaid and my father found a way to subtly sneak up behind a huge oak tree (me with a sheet around my dress!) and emerge without being seen.” 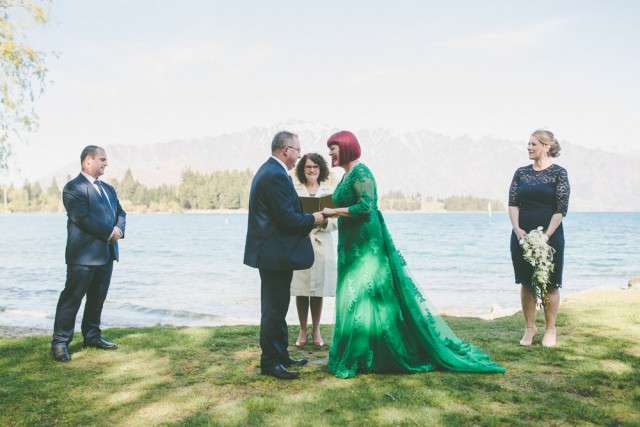 “There was no specific theme, other than ‘relaxed, fun and tipsy!'” the bride continued. “I’d secretly selected a green dress (after seeing this Icelandic elopement on Rock n Roll Bride!) I thought the colour was so romantic, and that my red hair would suit well. I was so happy with the decision.” 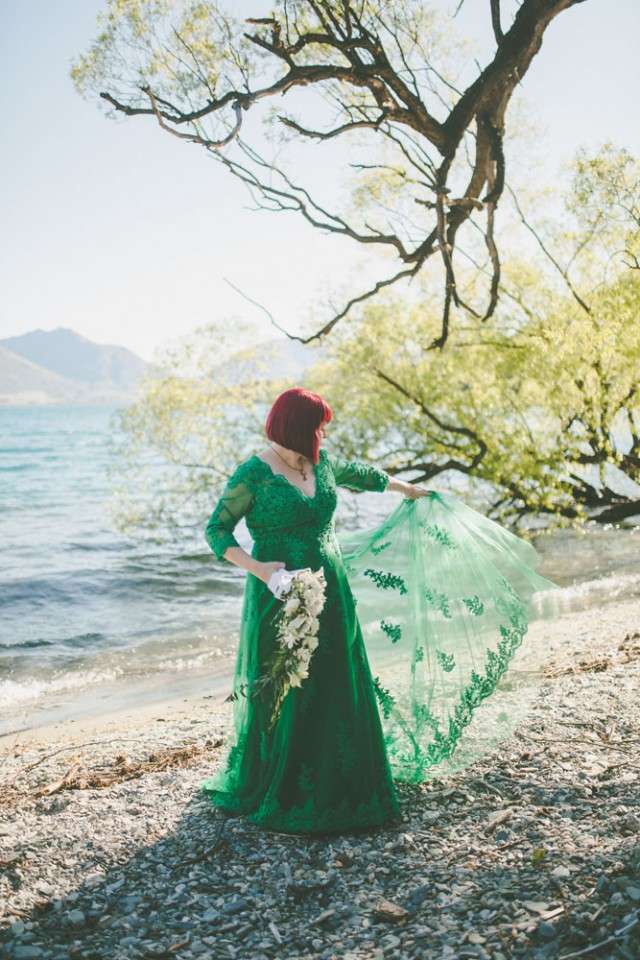 Their casual reception was held at a restaurant, “We had our reception at a wonderful small restaurant in Queenstown called Public Kitchen and Bar. When we began planning the wedding I was feeling overwhelmed, and slightly panicked about the whole thing. We started to get various quotes from traditional wedding package venues, and I knew we couldn’t afford it. They also felt somewhat impersonal. Then, I opened Facebook and saw the newest post from Rock n Roll Bride that was a wedding where the couple had chosen to do a simple park wedding and then have a reception at their favourite local restaurant. This was it! Iggy and I discussed it, and decided that this was the approach we wanted – straightforward, using the environment around our location of Queenstown, good food and wine, and a small group of about 50 people.” 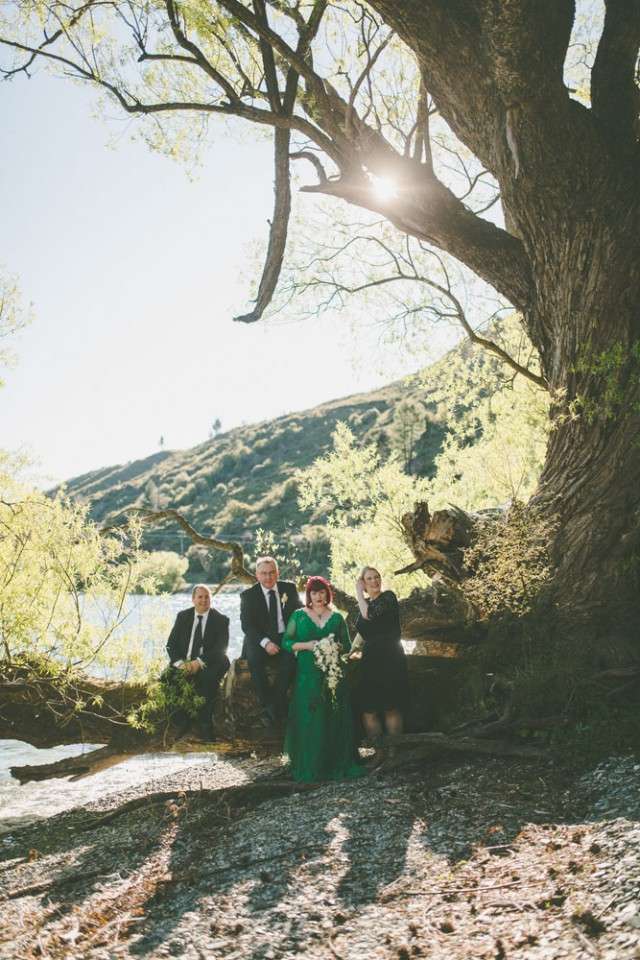 “I folded over 2000 green and blue paper cranes and threaded together red poppies from the Australian War Memorial to hang at the ceremony site and at our reception (Iggy is in the Royal New Zealand Air Force so this military connection was important for us both). A theme of green, blue and red emerged, but it wasn’t really intentional beforehand.” 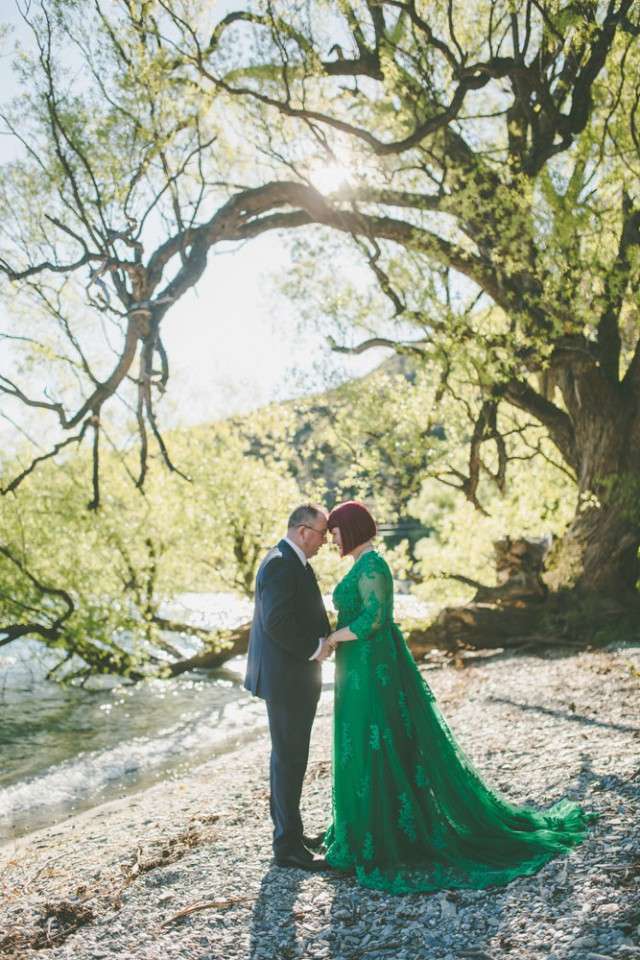 “Upon finding Rock n Roll Bride, it became my ‘bible’ due to the underlying philosophy of highlighting a unique, ’no rules applied’ approach”, Heather concluded. “Sharing and discussing these philosophies was the best part of our initial planning. Upon deciding on the concepts important to us (relaxed and fun), planning together was much easier. The key for us was dividing the tasks and updating each other regularly (but not constantly, i.e. it wasn’t the only conversations we had), especially as we were living apart leading up to the wedding.” 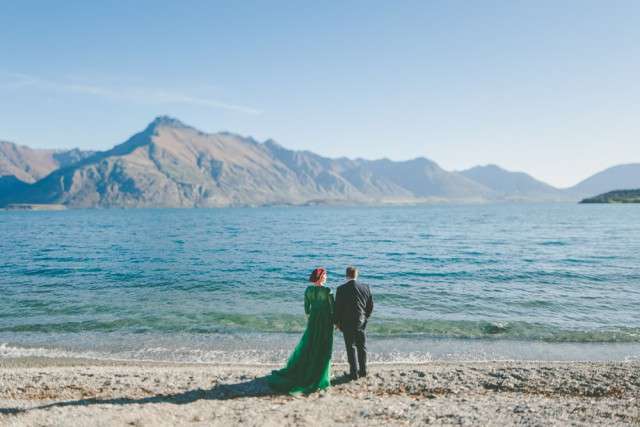 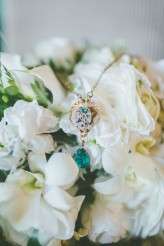 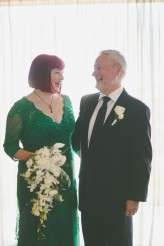 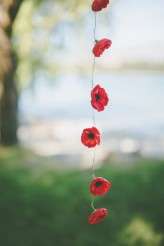 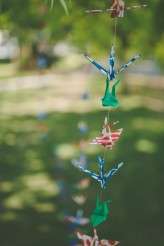 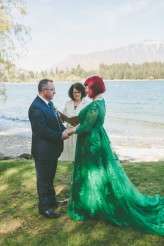 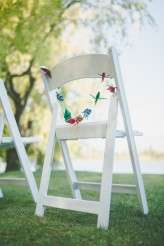 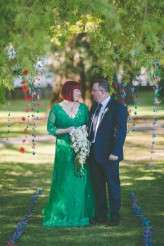 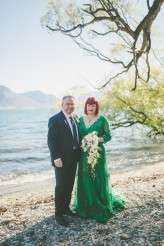 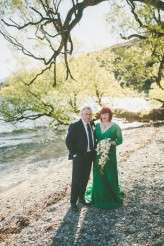 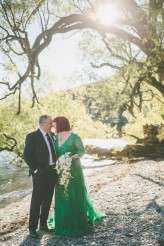 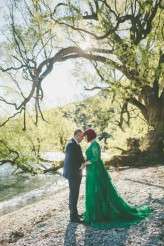 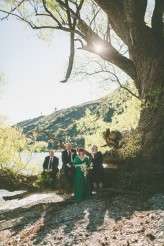 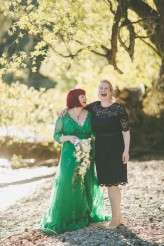 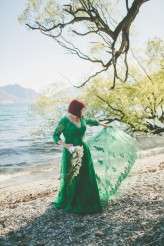 Vikki and Jason had two weddings - one in the UK, where they both now live, and one in Auckland, New Zealand at the groom's family home.

As soon as I saw just one photo of Ina's incredible handmade Moomin Valley (!!) wedding dress, I knew this was a wedding that I HAD to feature. There really are no words! The couple were married in Risør, a small town in the south of Norway. The day took place at the groom's parent's home, a yellow house on the countryside, with a big garden full of fruit trees.

Rick and Catie had a shotgun wedding. After being together for five years they decided it was time one Wendesday night... and they were married on their friend's waterside dock that Sunday! They spent just $600 to get hitched with the photography, catering and cake all being gifts from very generous friends.

What could be more 'quirky-Brit' than Morris Dancing? For my foreign friends, Morris Dancing is a traditional form of English folk dance dating back to the 15th Century. Dancers adorn their bodies with bells and whistles whilst wielding handkerchiefs, sticks and even swords... It's certainly a niche form of fun, but one that that initially brought Bev & Ed together.