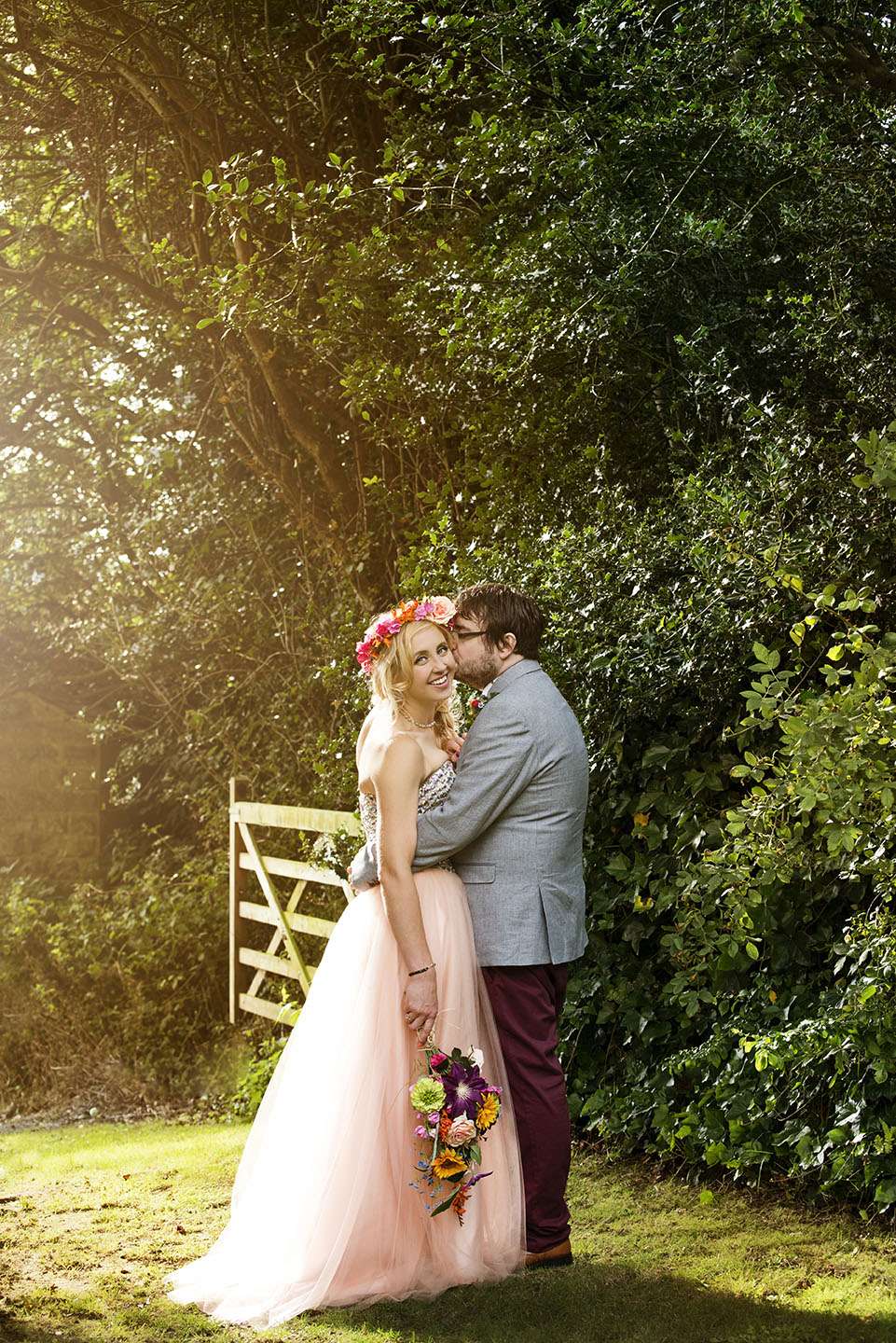 Chloe and Craig described their August wedding as being inspired by “Batman, Star Wars, birds, nature, unicorns, mermaids and sparkly stuff”, aka all the things they love! They were married at Blackbrook House in Derbyshire. 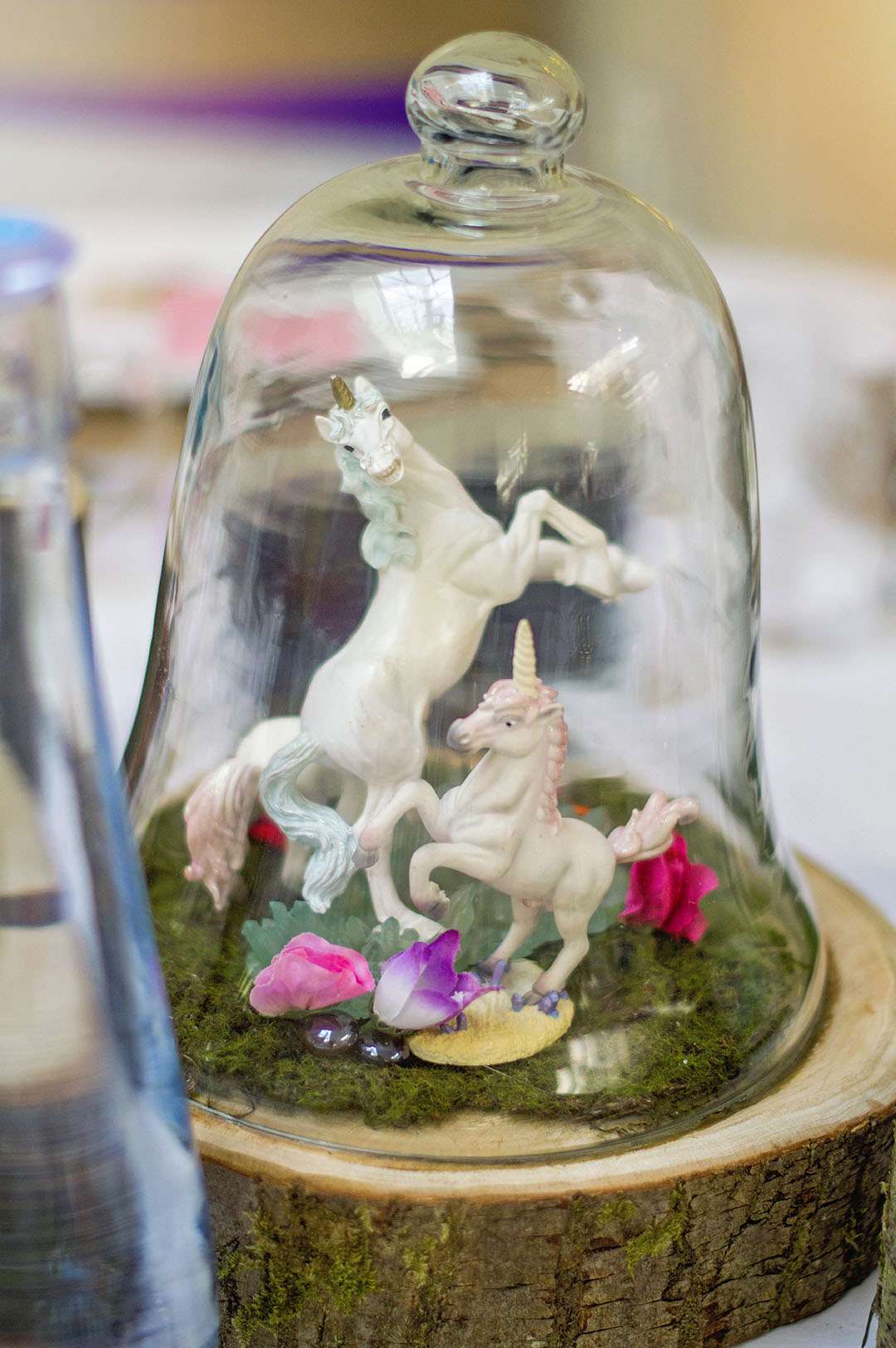 “We just did what we loved and had fun”, Chloe said. “There was no pressure to have matching chair sashes, or a grown up theme or any sense of seriousness. From the dresses to the decor to the food and dancing – it was all fun and full on and all of our guests embraced it and partied so hard.” 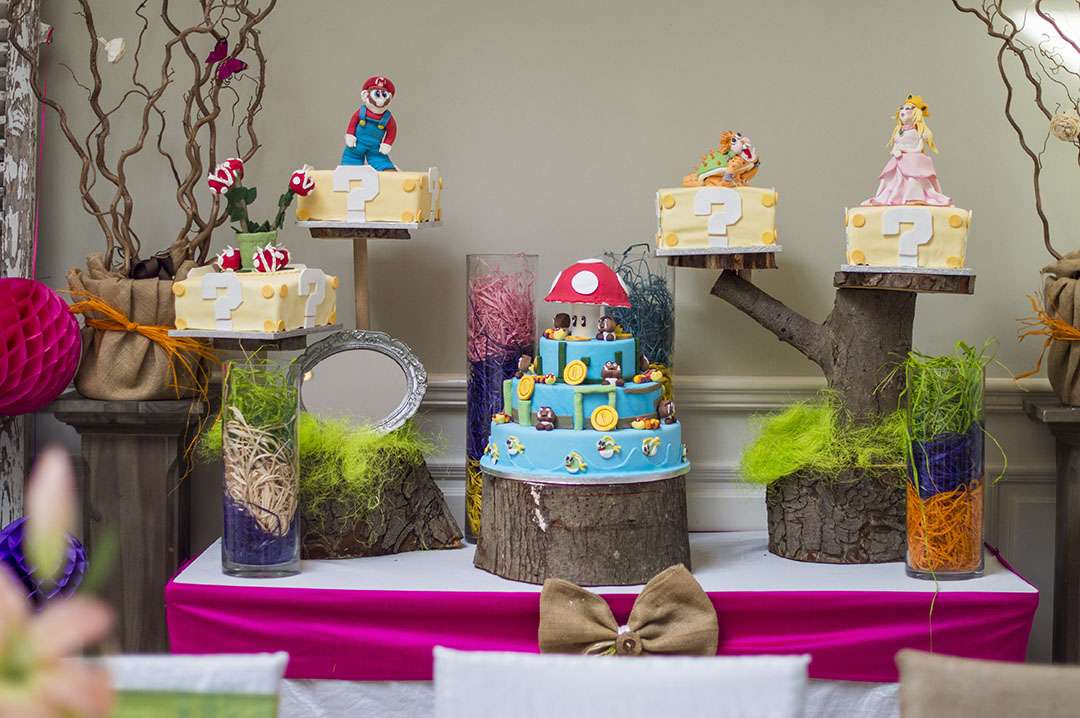 The bride’s incredible dress came from eBay! “I found a picture of my perfect dress on a search engine and did some web trawling. Turned out it was from a Chinese eBay website so I took a punt and just hoped that it wouldn’t arrive and be total garbage. Luckily it wasn’t and a few alterations later I felt like a mermaid princess in it. My glittery flamingo daytime footwear was by Miss L Fire; I’m already a big uncoordinated lady so heels were out of the question. For our first dance I changed into my even comfier dancing shoes – white LED light up trainers!” 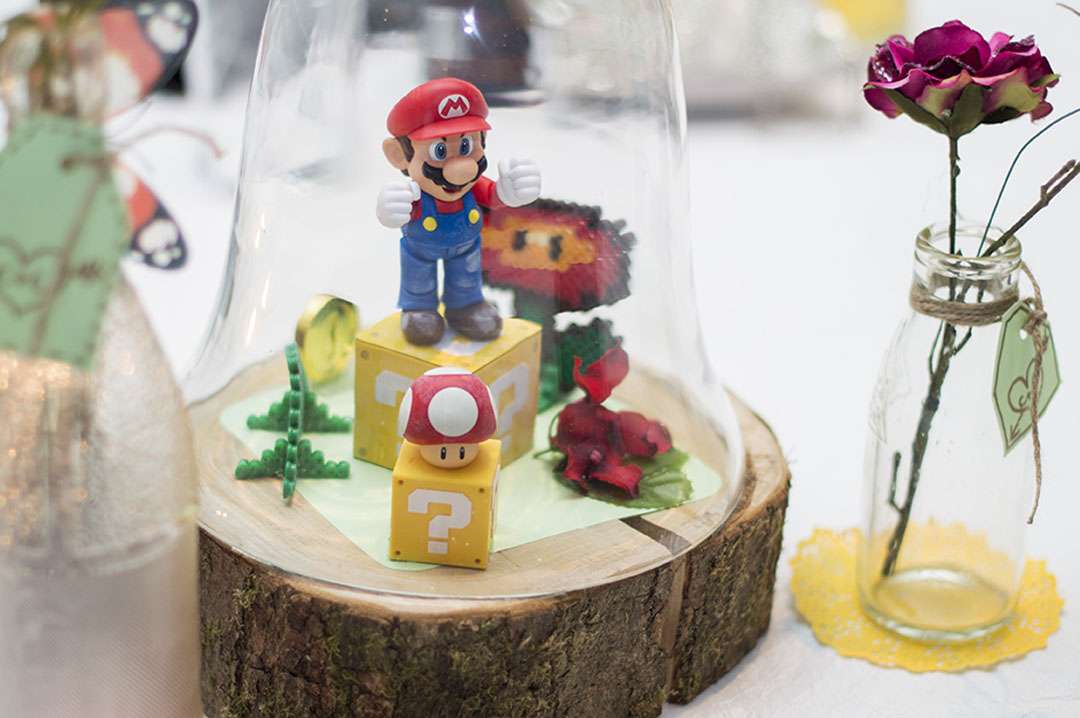 Their Super Mario cake was made by the bride’s aunt and the flowers were all fake and arranged by the bride. “The table decorations and name places were done in the week running up to the wedding. My dad helped me glue plastic figures to dog bones while my best woman helped me sand the log candle holders. She also helped make the buttonholes and corsages while I made the hair accessories and bouquets for us all. Craig also spent three days hand-etching over 100 beer jugs with a love heart containing our initials. They were used for toasts and the guests got to take them home as their favours. I know a lot of our friends use them as their bedside water vessel!” 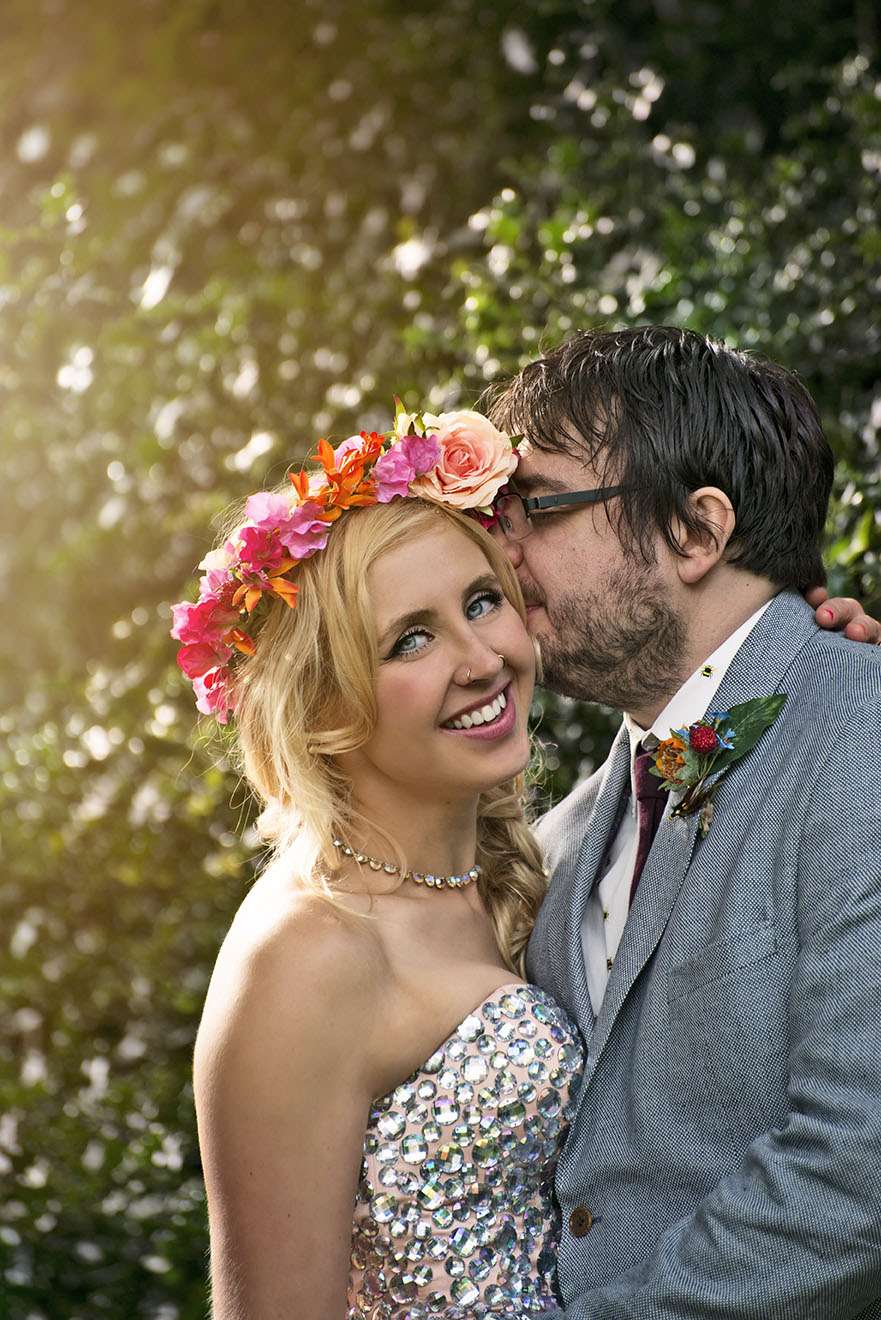 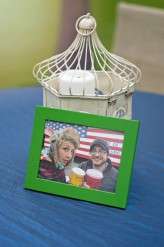 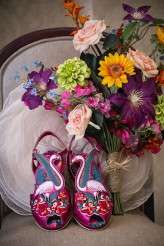 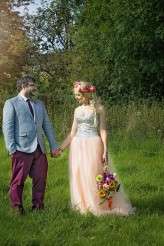 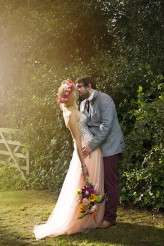 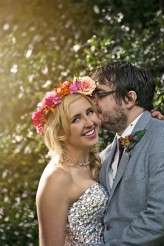 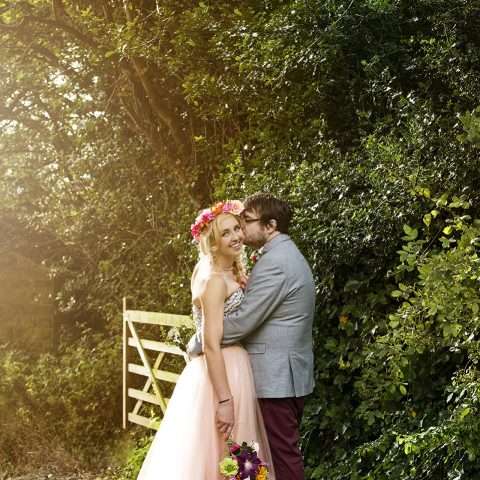 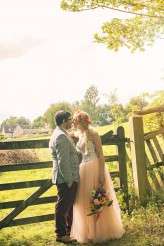 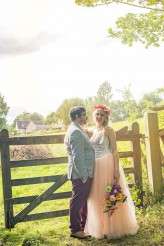 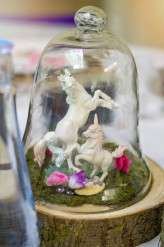 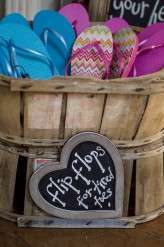 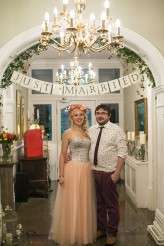