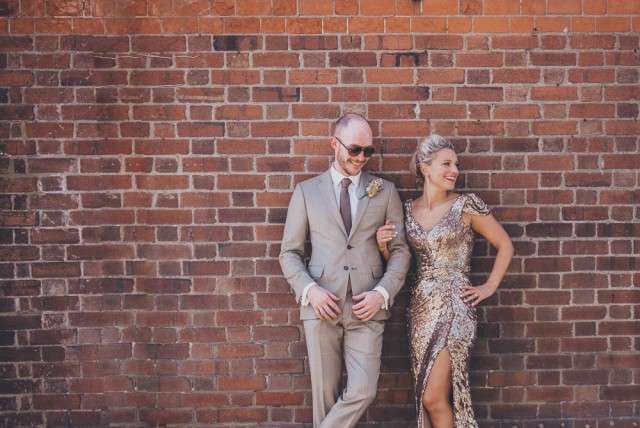 Anna and James were married in Anna’s parents’ garden. After the ceremony they hosted their village fête inspired reception at Elham Village Hall.

“Above all we wanted a celebratory feel, and for everyone to have a fun and relaxed day”, began the bride. “We wanted a combination of natural, relaxed, homely, village fête style, and also some really heartfelt bits with personal vows and our love story during the ceremony.”

“There were quite a few musical performance elements throughout the day. For example, dancing entrances by the groom and groomsmaids (to the track Whatta Man), and the bridespeople (to the track I’m Every Woman). We also also sang during our vows to our favourite duet, Islands in the Stream. We also put on a surprise choreographed dance to Gett Off by Prince to kick off the dancing later! Plus we had a walking New Orleans-style jazz band to take us from the garden to the village hall. Lots of people from the village came out to watch, which was really lovely.” 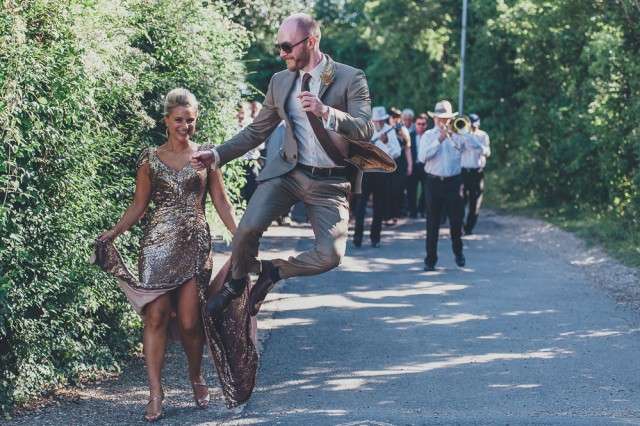 At the reception they had organised games such as tug ‘o war and sack races to keep people entertained! “We started by thinking what would make us most happy on the day, and what our guests would enjoy”, she continued. “We included things that we loved and were fun, not just things we thought we had to have.” 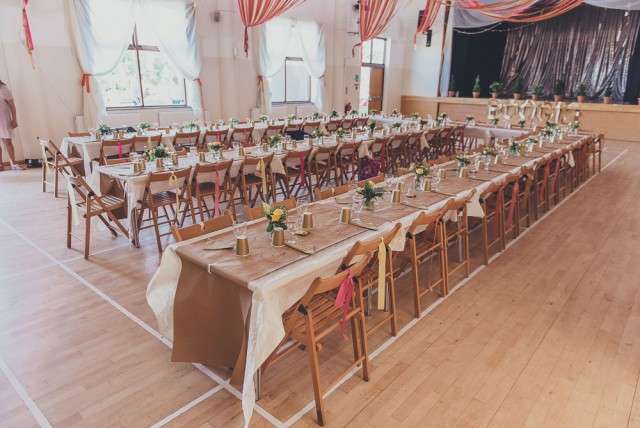 The couple and their families decorated virtually everything themselves. “In the village hall we set up plain trestle tables and had brown paper on them as the runners. We gave everyone crayons to draw with during their meal. My Mum made a blackboard with quiz questions/ sums for everyone to work out their table numbers (she is a teacher!). The Original Draping Co. helped us install a ribbon canopy and fairy lights on the ceiling, and we used the ribbon offcuts and paper lanterns and streamers to decorate the rest of the hall and outside area. We also had hay bales from a local farmer!” 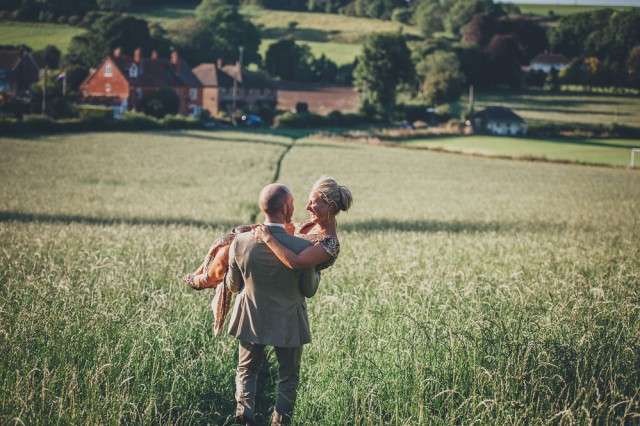 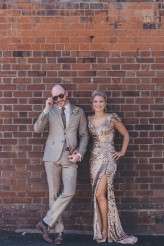 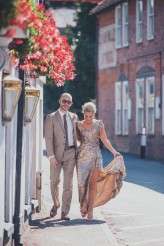 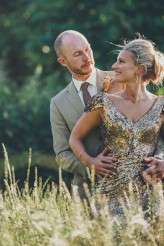