They met whilst both studying at Oxford University, so when Xandra and Steve got married that’s where they wanted to do it. “We met at the Oxford University Mountaineering Club during our undergraduate studies,” said the bride. “We had just moved to Edinburgh, so our initial plan was to have the celebrations there. Because we were not too familiar with the city, we found ourselves looking at wedding-packaged things, which felt too traditional. We eventually decided on Exeter College as a venue because it is a special place for both of us.” 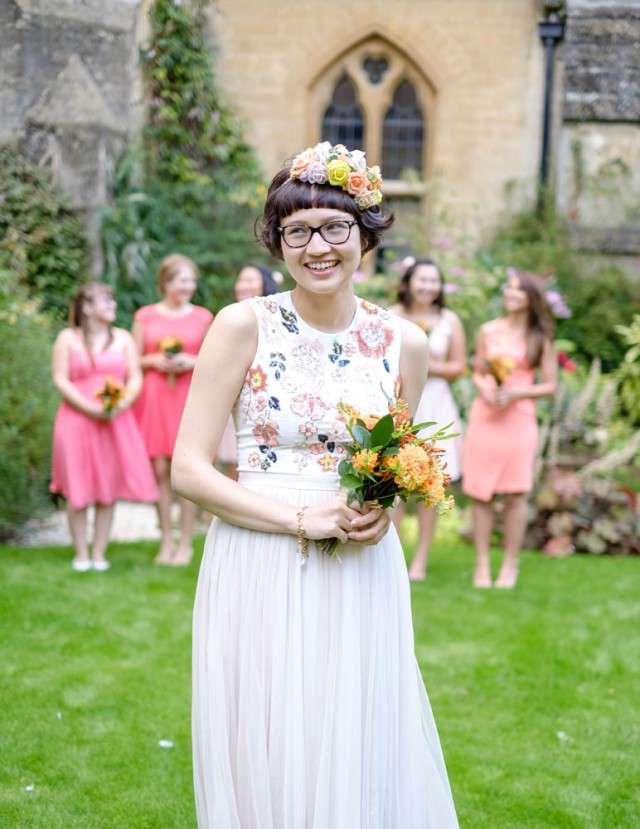 “So many people told us that the wedding felt ‘very us’, and that was the biggest compliment”, she continued. “We wanted to have fun, and incorporate things we love, such as Harry Potter, and Disney. We also wanted to pay tribute to our love of rock climbing in some way. We ended up sending our cake makers a sketch of a climbing-inspired cake, with ‘ropes’ of marzipan lining each layer, and 2D mountains on top inspired by a Poosac mountain pillow that was our first purchase for our flat when we moved to Edinburgh.” 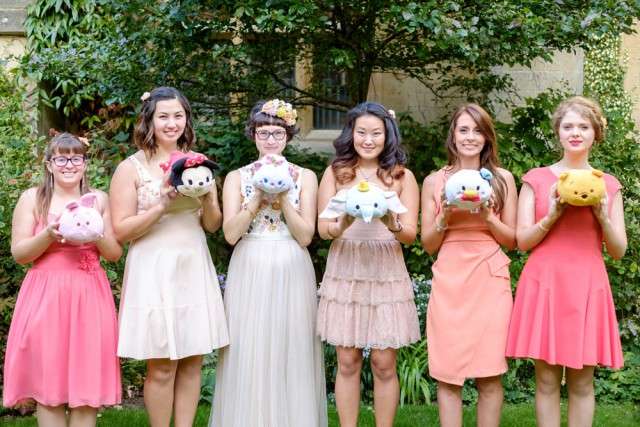 “For favours we greeted guests with a mini Disney tsum tsum buddy at each place setting. I figured everyone would either love them or secretly love them, and most importantly, they would make everyone happy. The bridesladies also received bouquet alternatives in the form of medium tsum tsums toys to hold during our ceremony. Oh and the term ‘bridesmaid’ never sat right with me, either, so I referred to them as ‘bridesladies’ instead.”

“After dinner, we went across the road to the Turl Street Kitchen, one of my favourite restaurants in Oxford that happened to be just next door to my accommodation as a student. We booked the top floor for drinks, board games, and cake.” 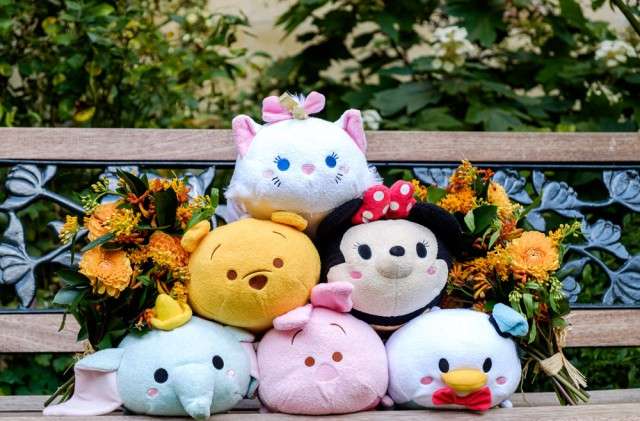 Xandra is American and Steve, British, so they were legally married in Boston earlier in the year. “Legally, it was a lot easier for us to get married in the US than the UK, so we had a private ceremony at City Hall in Boston (my hometown), then had another celebration in Oxford with more people in September”, she explained. “It ended up being nice to get the official stuff out of the way early and meant we could have a really personal outdoor ceremony in the UK too.” 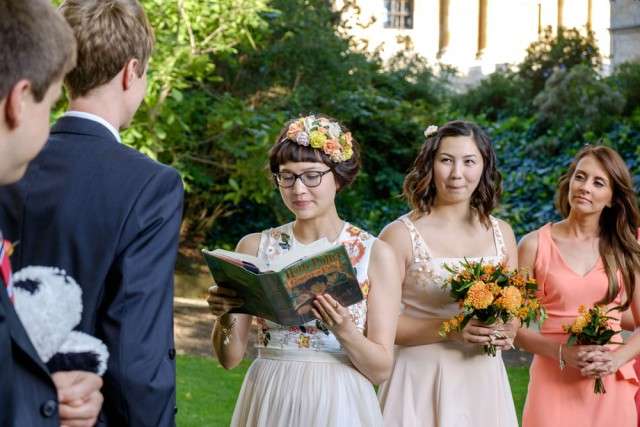 “We gathered in the Fellows’ Garden for a short, informal ceremony we wrote ourselves. The ’til death do us part’ vows read from a plastic binder at our City Hall ceremony felt somewhat impersonal, so we rephrased the script to use words that felt more us. Our friend Tim acted as our officiant, reading from notes tucked into my copy of Goblet of Fire.” 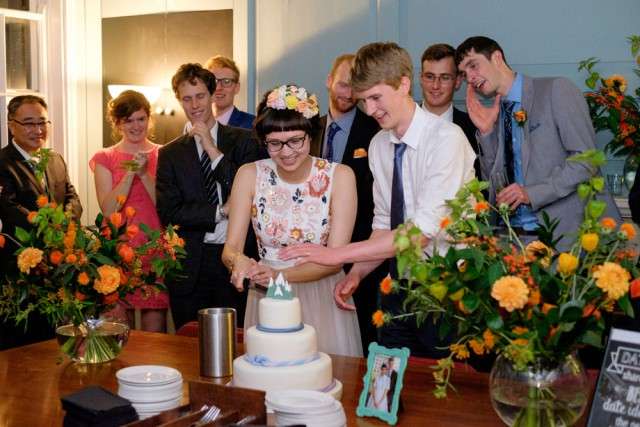 “The hardest thing about planning the wedding was the legalities”, she concluded. “We had no idea just how logistically difficult some of the legal stuff would be: getting married in the UK as an American citizen is pretty much as much of a process as it was to eventually get my marriage visa. Plus, the technicality of us living in Scotland meant that having an official ceremony in England would require even more time and paperwork. In the end it was best to bypass these issues by separating the legal ceremony from the celebration.” 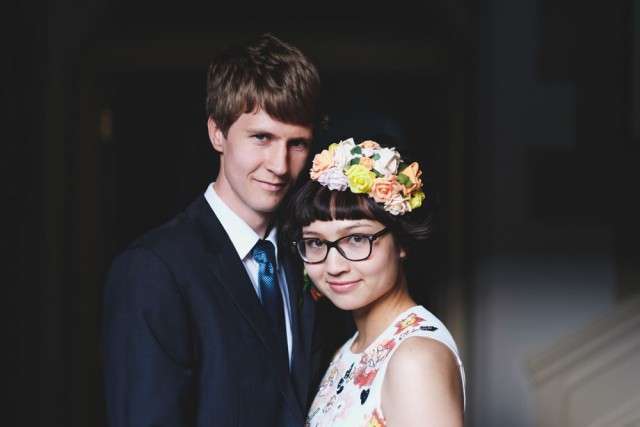 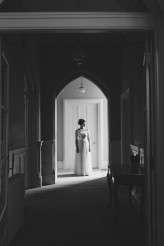 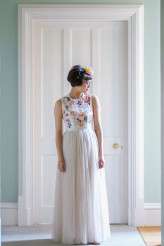 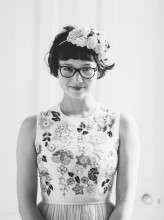 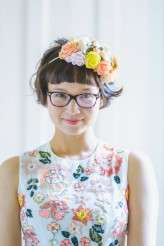 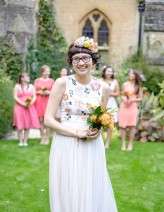 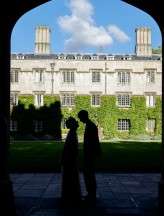 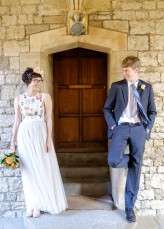 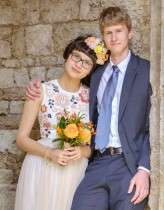 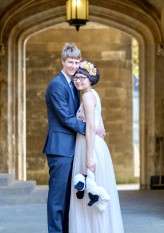 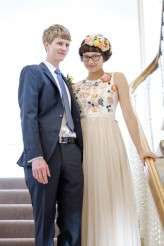 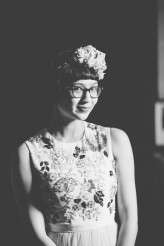 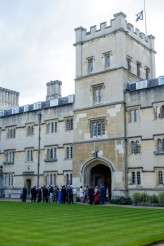 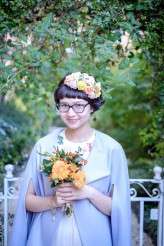 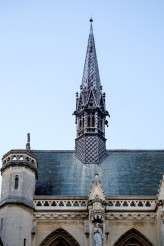 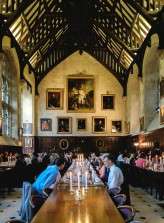 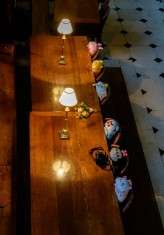