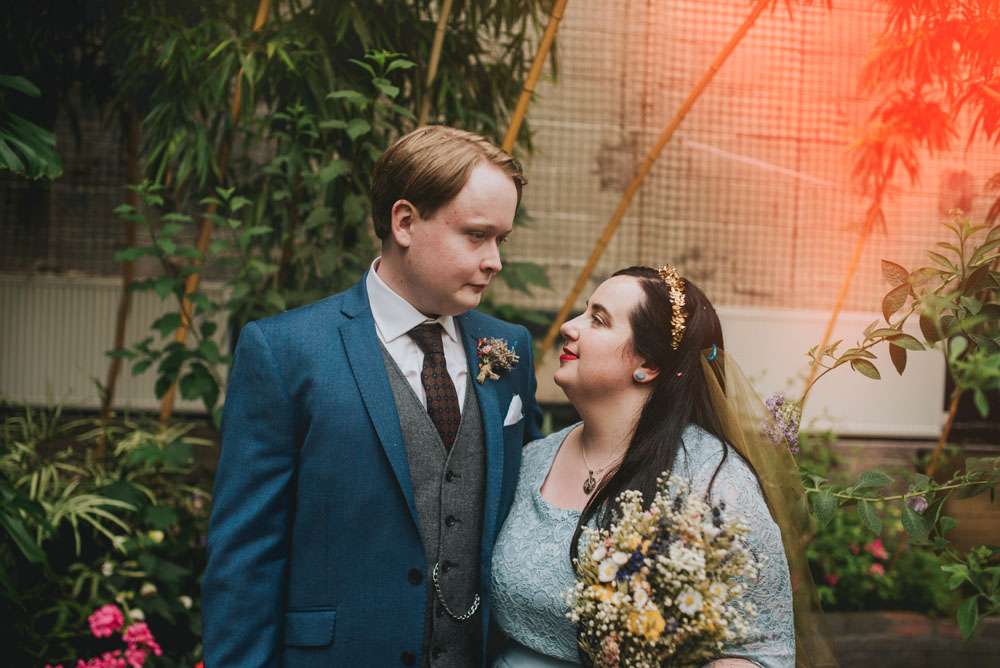 Sophie and Callum had a Disney inspired wedding with a budget of just £4500. They didn’t go mad on the decor, but included small nods to their love of Disney and Harry Potter.

“I’m a lifelong fan of both Disney and Harry Potter, but it wasn’t until around three years ago that Callum finally got around to reading the series and now I think he can recall more wand-lore than me!” Sophie laughed. “We are both giant nerds – we game together, we read together and we movie marathon together. I think we successfully infused ‘us’ into a pretty kick ass party.” 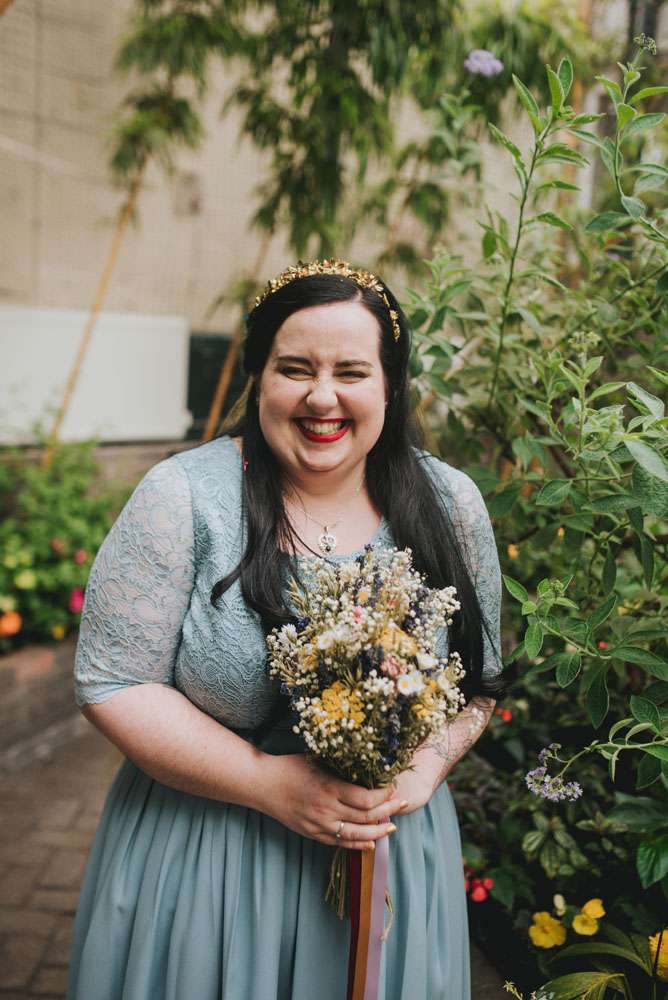 The main DIY projects that I did were the Disney themed centrepieces, Lupin’s briefcase (which we used for cards), the Be Our Guest mirror table plan, and the Sleeping Beauty book replica which we used as a guestbook filled with Disney postcards. The first three I actually managed to put together fairly quickly but the book took forever because I had to do it in stages to let it dry properly. I was super proud of the end result though.” 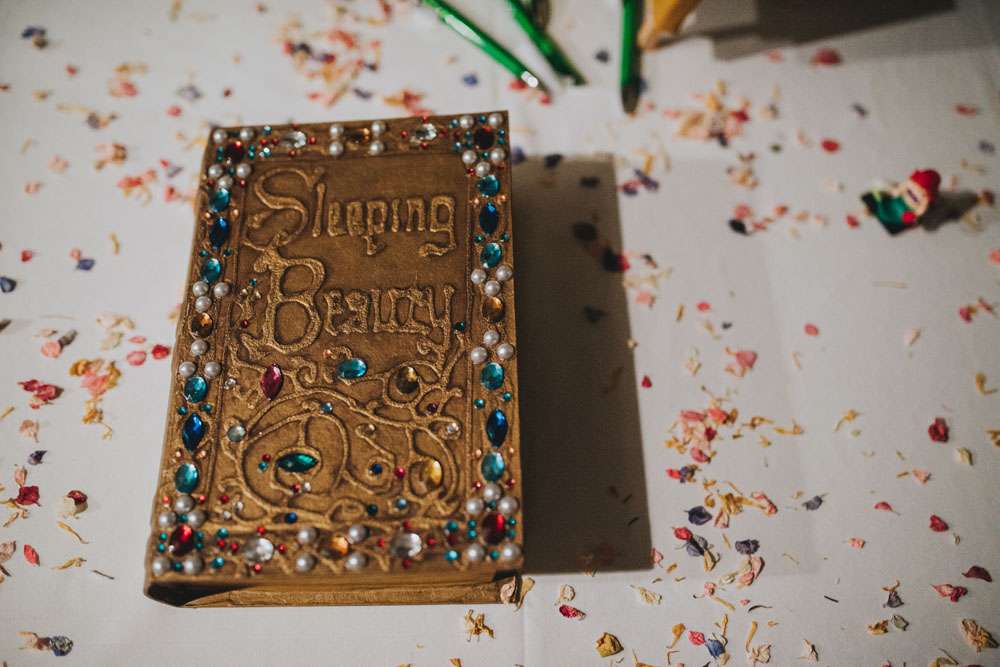 The ceremony was held in a Victorian conservatory surrounded by foliage and flowers. “Our ceremony was at Pavilion Gardens, Buxton, and we were married next to a fishpond famous for a fish that swam upside down! We chose readings that reflected our feelings about one another.” 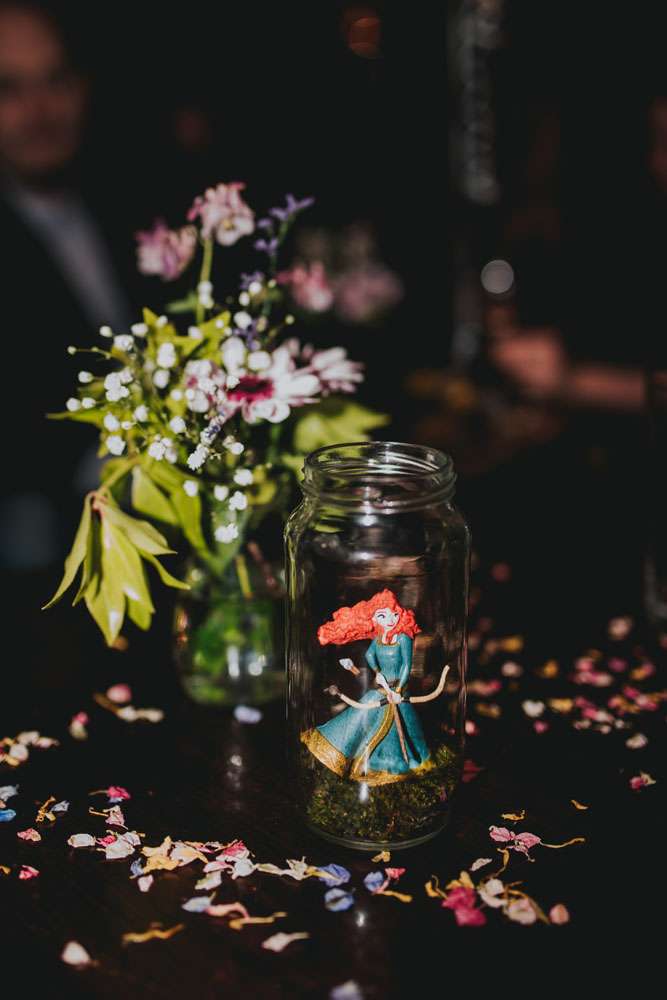 “I picked that infamous scene from Harry Potter which includes the word ‘always’. Callum chose Johnny Cash’s love letter to June Carter-Cash which I think made quite a few people (including me) tear up. I had a huge grin on my face about 90% of the time and had a couple of giggle fits which my Mum informs me is exactly how she was during her wedding!” 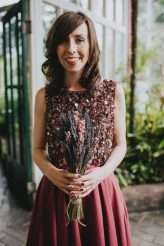 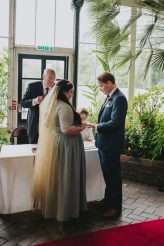 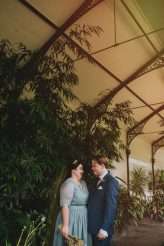 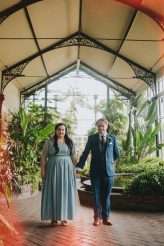 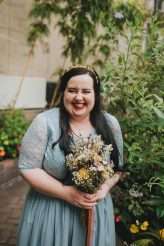 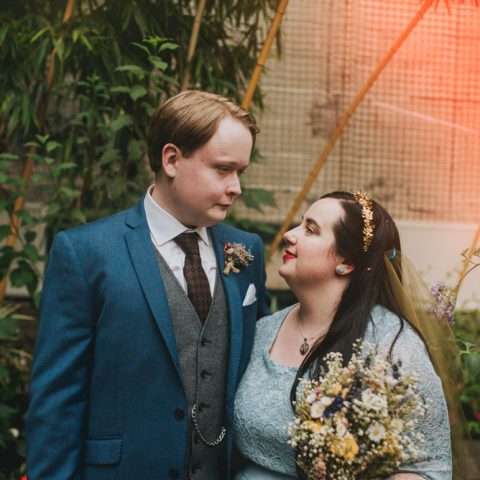 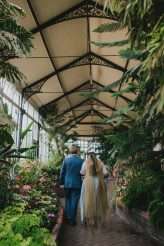 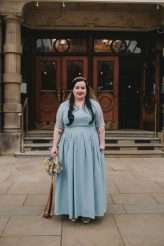 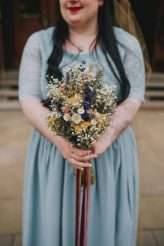 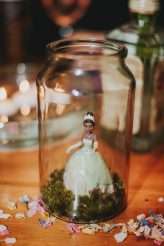 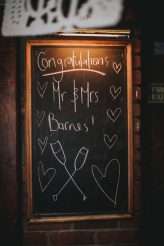 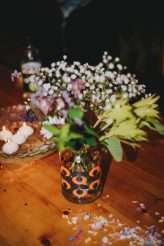 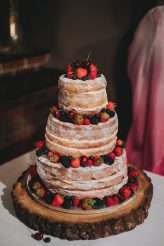 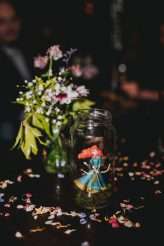