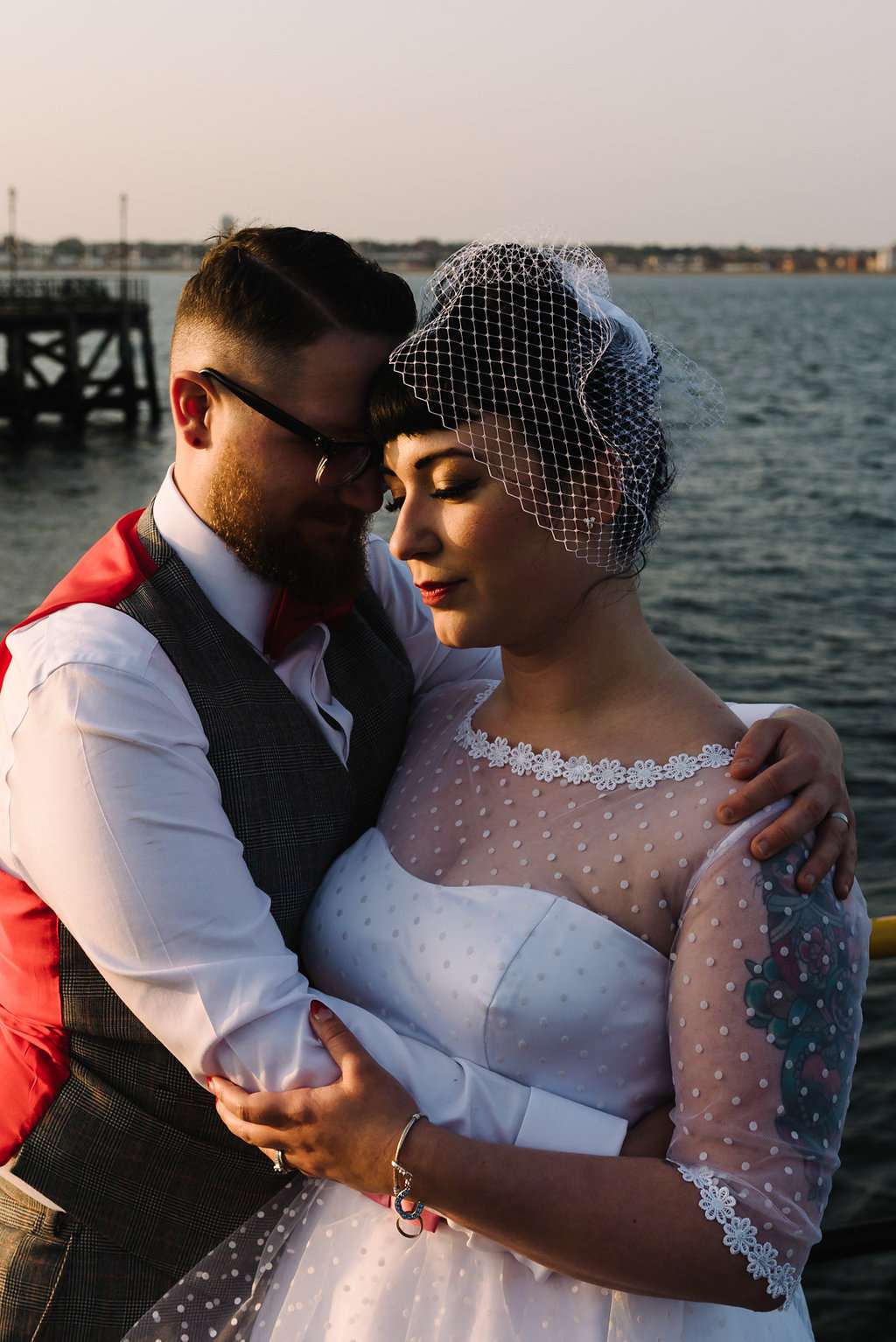 Charlotte and Jack’s wedding had a really unique location – Southend Pier! The day had a retro theme with Disney references throughout. “Our wedding theme was ‘Grease meets the Great British Seaside!'”, said the bride. “We were inspired by lots of wedding blogs, especially Rock n Roll Bride! We saw so many couples who had a day that reflected them and that’s what inspired us to plan a wedding that people would describe as completely us. Also, we saw so many weddings that looked like they and the guests were having a total blast, so we wanted to have a day full of fun!” 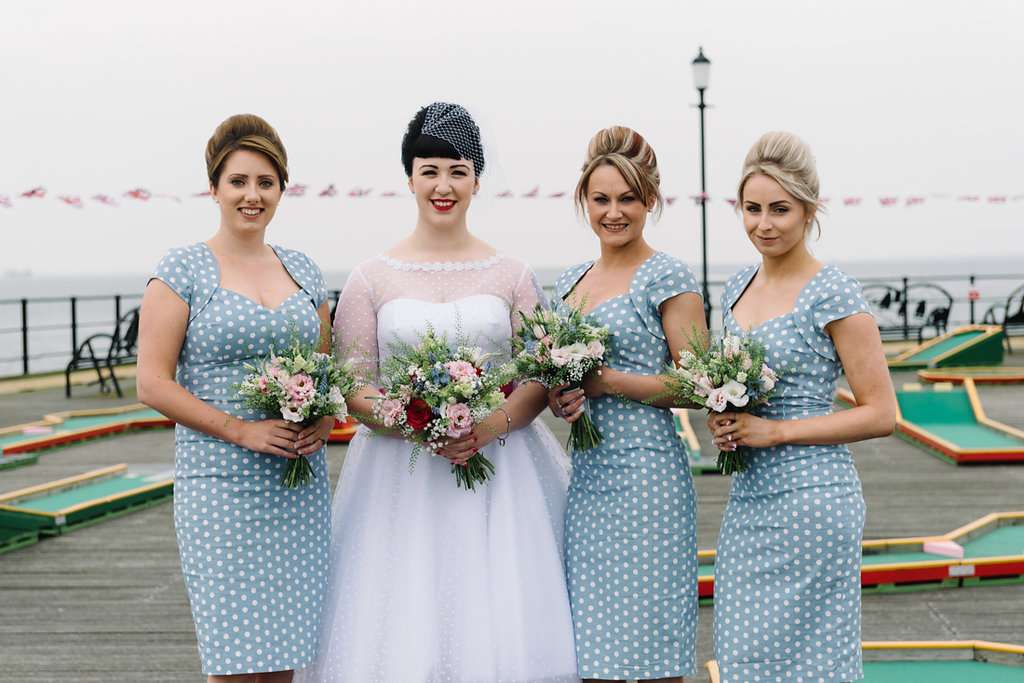 The wedding was held at the Royal Pavilion which is located a mile out to sea! “Pretty much every guest has said that they’ve never been to a wedding like ours before. Lots of people thought it was really cool that we were getting married on the pier. I also think the amount of handmade decorations is something that makes our wedding really different too, and so much of it was made by the Groom’s crafty mum that it was really special.” 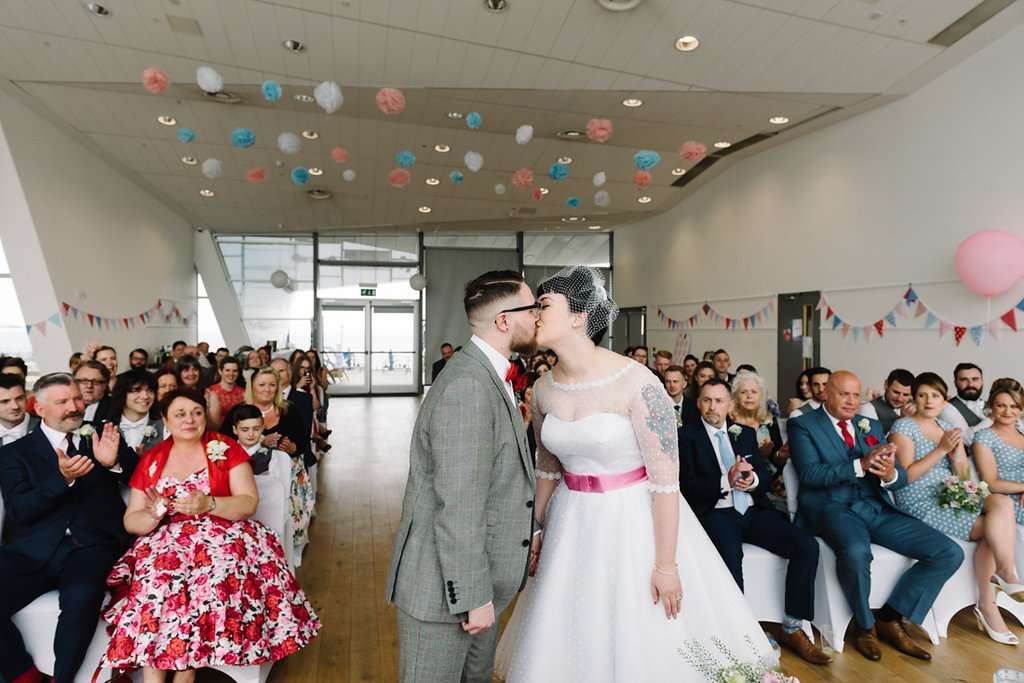 As a huge Disney enthusiast, the bride wanted subtle Disney references throughout the day too. “One of my favourite things was the ‘Hidden Mickey’ challenge”, she explained. “I hid 13 Mickeys throughout the wedding, e.g my earrings, one of the cross-stitched table numbers, another in a jar on the bar… The guests were allocated time to find them all, with the first one with all correct answers winning a prize!” 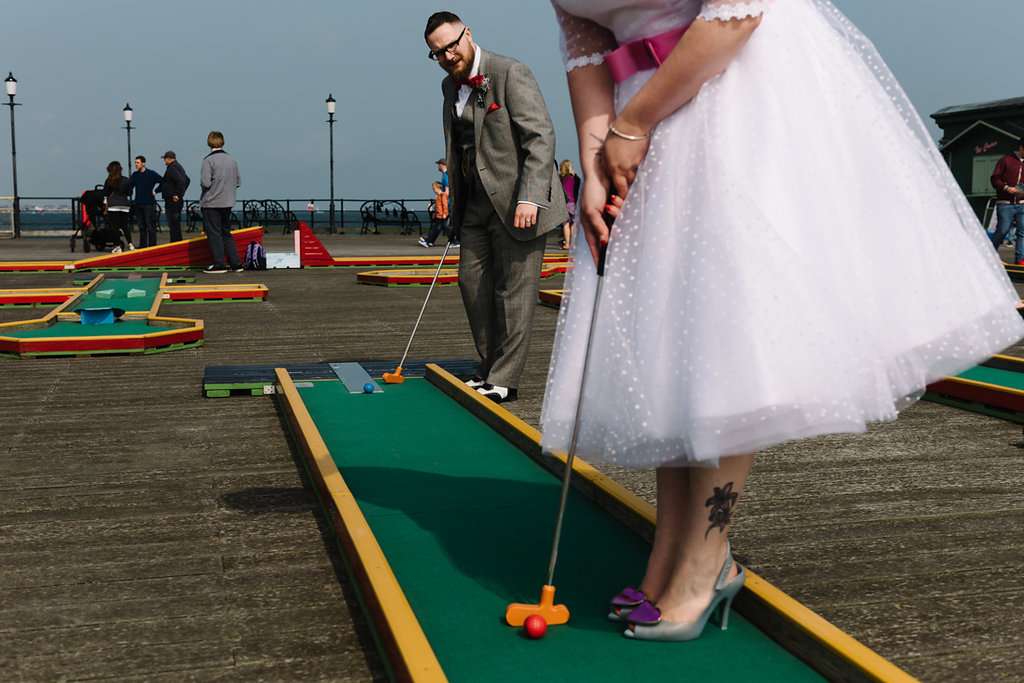 Apart from their venue, the biggest single cost was the photographer. “When I first started wedding planning, a lot of people said that the photography was something to make sure we invested in”, Charlotte explained. “I saw this repeated a lot on wedding blogs and in particular on this blog post on Rock n Roll Bride. We knew we wanted photos that we could look at and remember the day by forever but we didn’t want lots of posed photos. We wanted a photographer who could put our awkward selves at ease! We found the perfect person in Caroline Hancox. She captured the day perfectly. She’s the best decision we made about the whole wedding.” 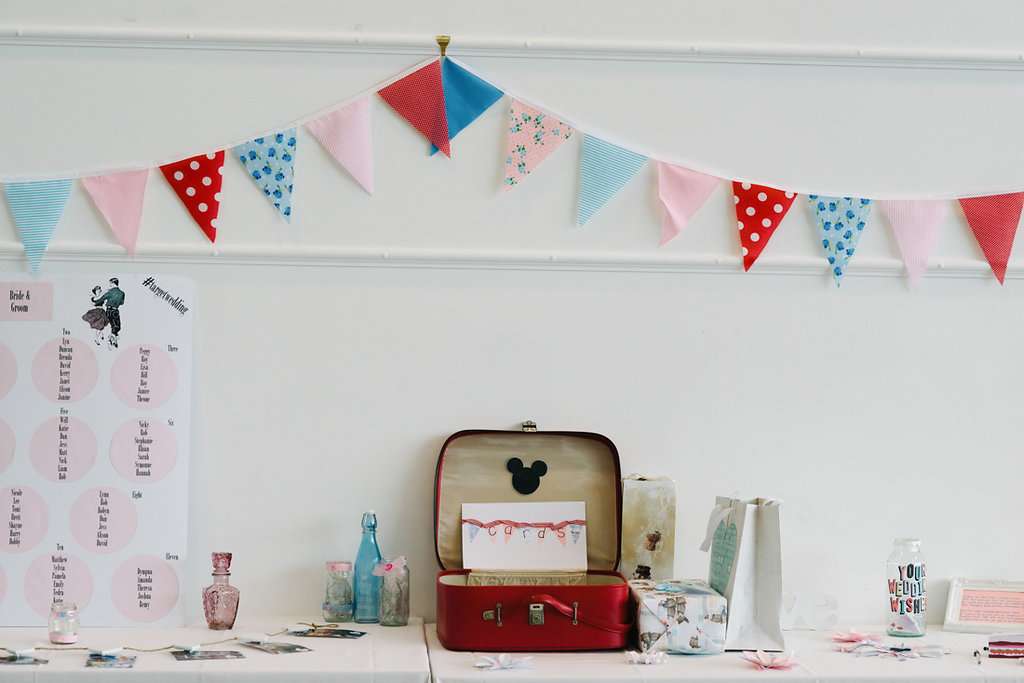 “One of the parts we really saved a lot of money on was not buying expensive stationary. I was looking on Pinterest a lot, and finding some really amazing, personalised wedding invitations, but they cost more than we wanted to spend. However I felt the invites were the first thing people would see from the wedding, and I wanted to set up the feel for the wedding so people would know it’s an informal affair! We spoke to one of Jack’s old college friends who’s a graphic designer and has a printmaking business. Also, the groomsmen wore their own shirts and shoes, and their waistcoats and trousers were from Primark!” 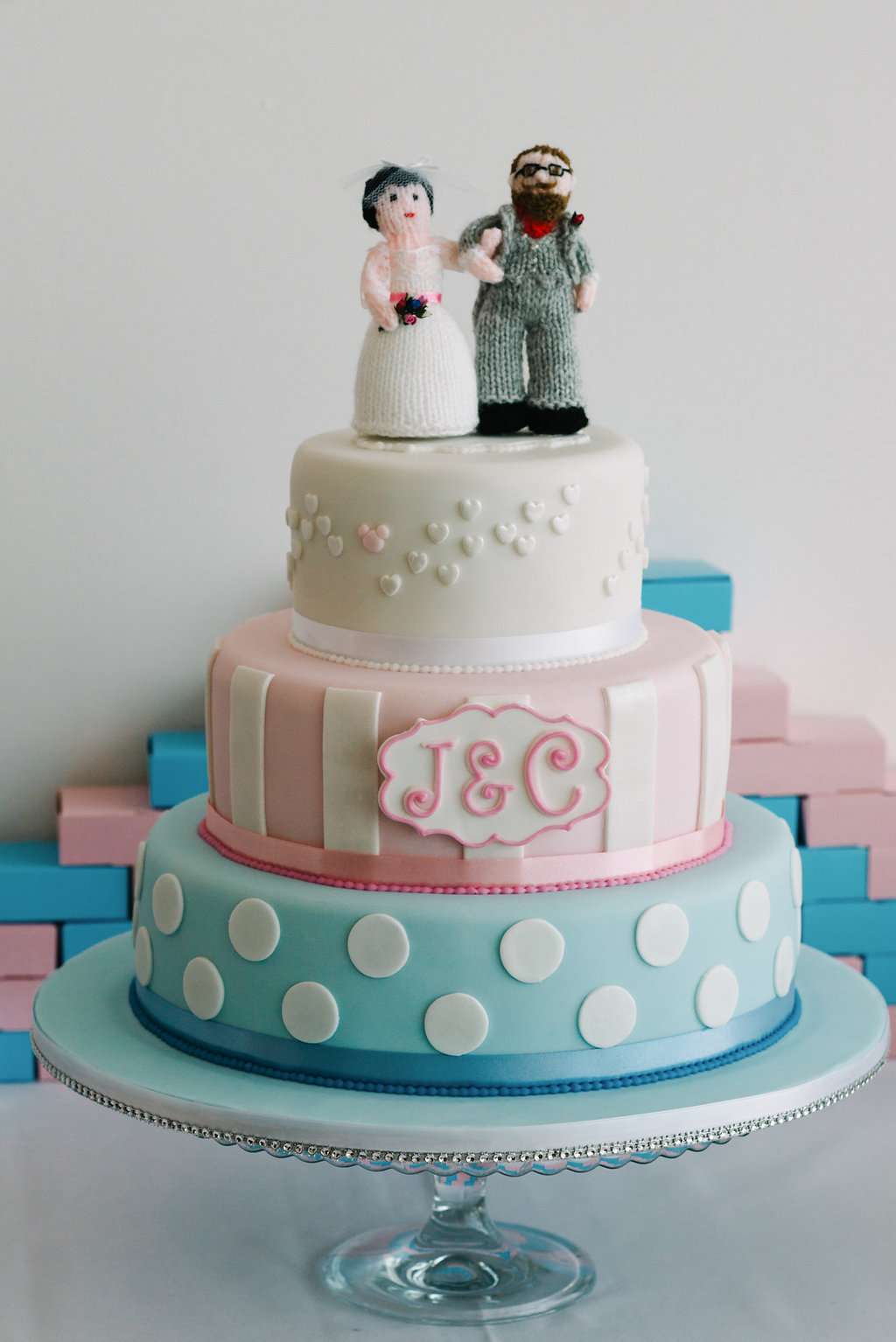 “The best thing about planning our wedding was telling people about what we were planning! People would ask us where we were going to get married, and as soon as we said ‘Oh, Southend Pier’ we got zillions of questions and people were so intrigued and excited by the location, the non-traditional speeches, the outfits that it made it even more excited and special for us. Also, the fact that we had so many of our family and friends offer their help and we spent a lot of time with people pulling things together was amazing.” 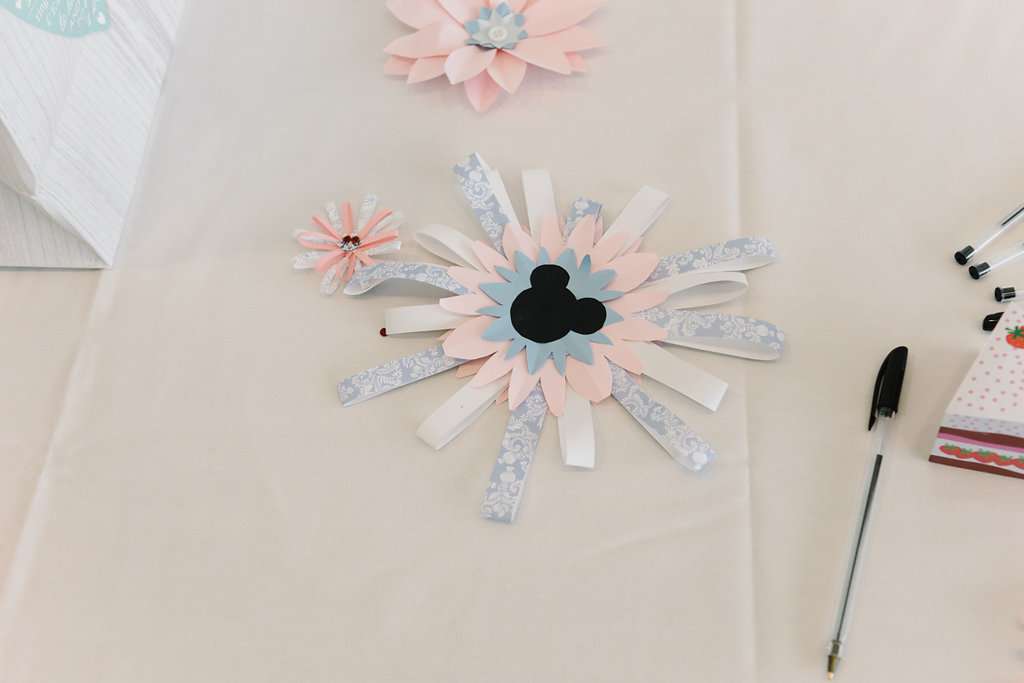 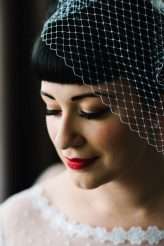 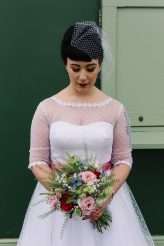 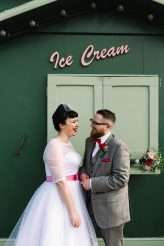 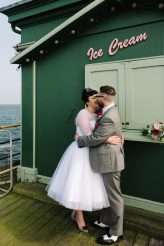 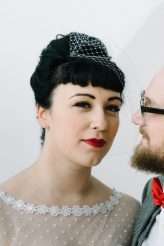 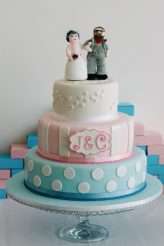 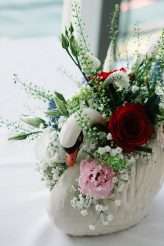 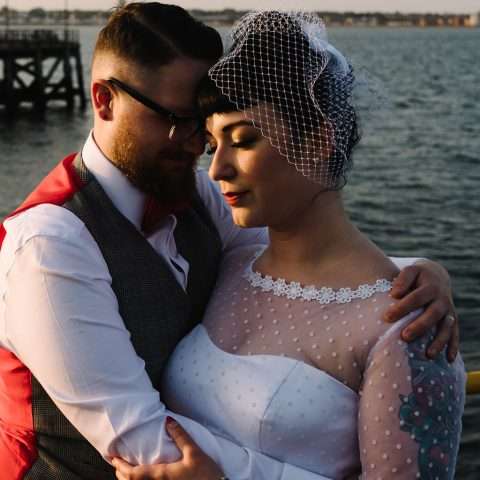 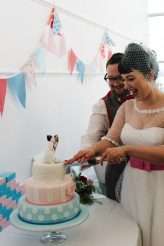