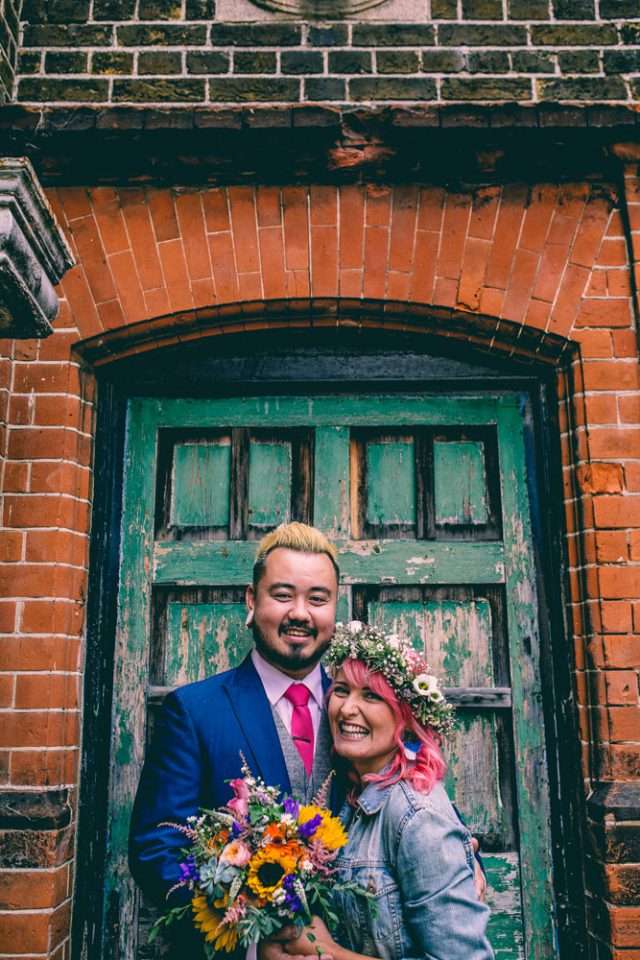 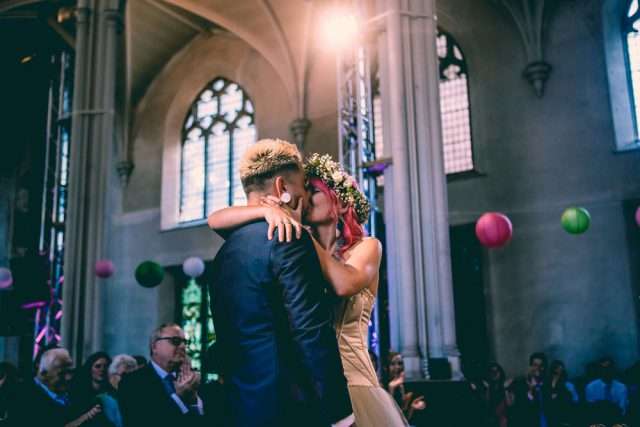 “The inspiration for the wedding was just us!” said the bride. “We wanted something colourful, fun and family-focused by the seaside. Anything we loved, we included. We had random Disney references and a Pixar short movie playing while we signed the register, we picked colours we loved and had a Lindy Hop first dance. There were board games and face mat coasters, balloons, fake tattoos for people to put on at the reception, succulents in teacups (I grow my own at home and we are both avid tea-drinkers!) The watercolour stationery nodded to our artistic sides, and we had some references to Brighton – the city I’ve lived in all my adult life that we both love. The table names were the countries we are travelling to on our 8-month sort-of honeymoon.” 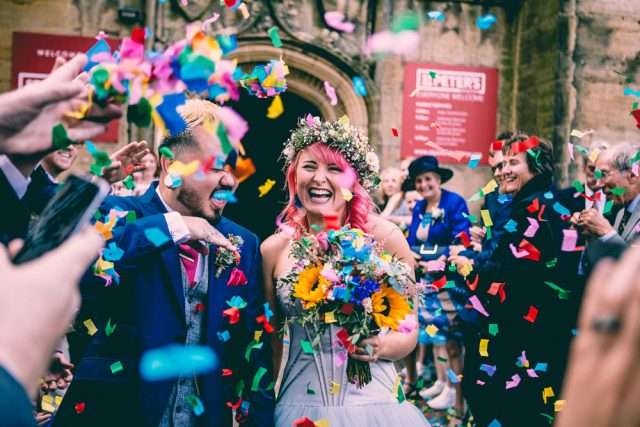 The ceremony was held at St Peter’s Church. “Both Brucie and I are practising Christians and there was no question we were going to have the ceremony in the church I have been involved with since living in Brighton. It is a huge old church but restarted in 2009 (which is when I got involved) and feels like home to me. The ceremony was taken by the curate there, Jonny Gumbel, who is also a friend of mine. In the ceremony, we wanted to focus on the strength of love that exists between God and people, that can be echoed in a marriage, and how this true love overcomes everything.” 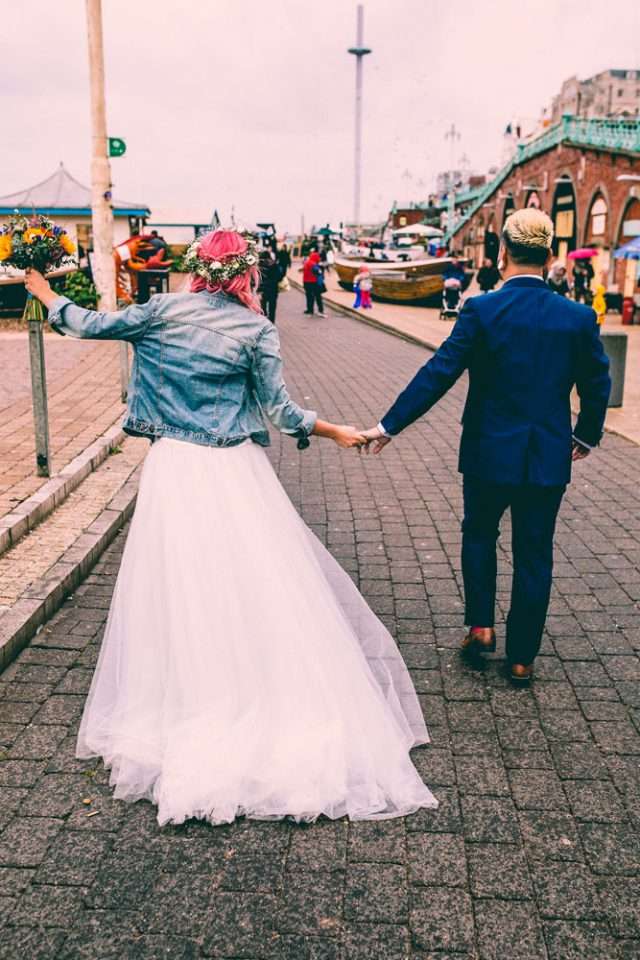 “We chose Bible readings and hymns that reflect this; we had close friends and family pray for our marriage, and Jonny did a beautifully inspiring and personal sermon for us. We wanted to honour the importance of the commitment we were making, but also wanted to make it personal and fun. We did this by continuing our colourful theme in the church with pom poms, lanterns and balloons (and ticker tape confetti afterwards), and with extra details such as Brucie playing a clip of Rafiki from The Lion King shouting ‘It is time!’ before I walked down the aisle! I then walked down the aisle to the Forrest Gump theme by Alan Silvestri.” 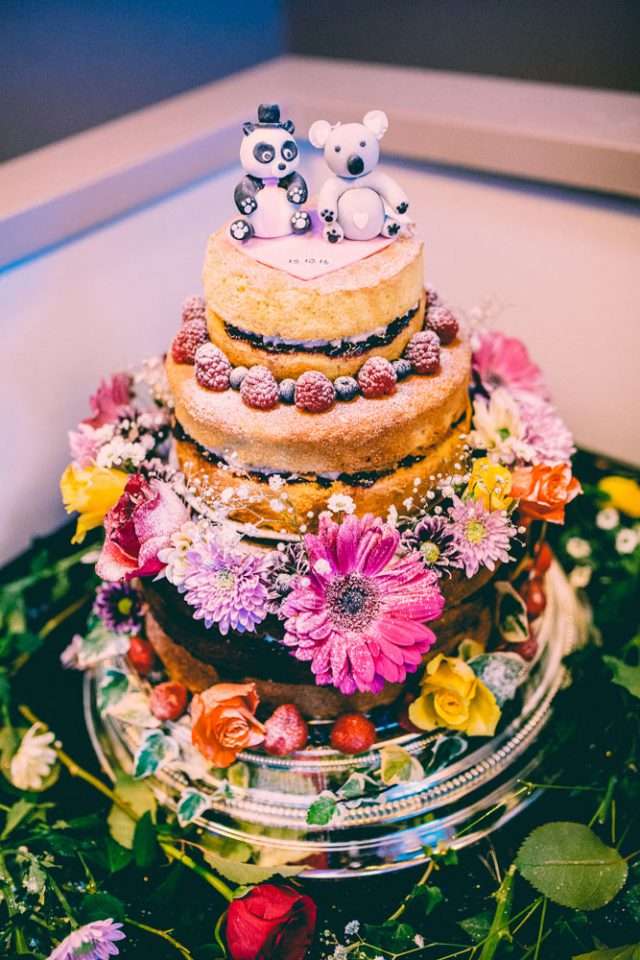 “The ceremony was both of our favourite part of the day – you hear the vows so often at other weddings and on TV but it felt absolutely amazing to be saying them to each other for real, committing ourselves to each other for the rest of our lives, whatever may happen. It was so emotional although the tears got Brucie worse than they got me!” 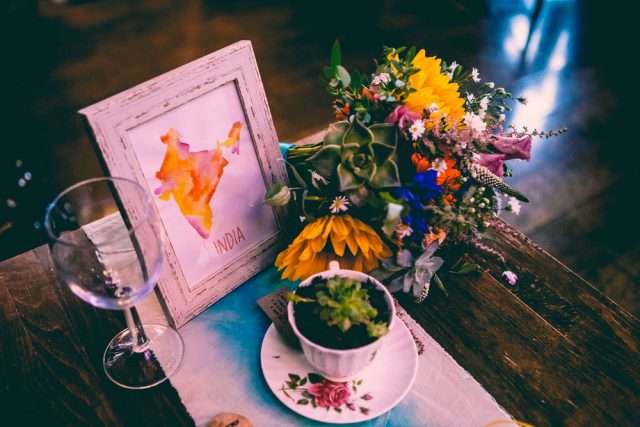 The reception was held at Brighton Music Hall, which was the biggest expense out of their £9000 budget. “The biggest expense was the reception venue, but even that was reasonable”, Katherine explained. “They have a great deal where there’s no hire fee if you spend a minimum amount, which we covered with fish n chips, bangers n mash and knickerbocker glories for everyone for dinner! Apart from that, the things we didn’t mind spending more on were the photography and the rings, as those were going to be the things we had once the day was over.” 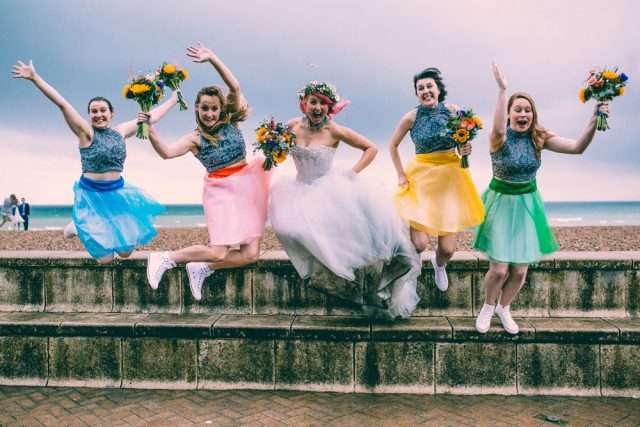 “Our favourite moment was the ceremony but second was the speeches; they were all absolutely perfect. We had them in the evening so all the guests we couldn’t have at the meal for space reasons could hear them and feel more included. The best of all was my best friend and maid of honour, Tamsin, who had always said she wanted to do a speech at my wedding but surprised everyone with a song she’d written about me and he. It was hilarious and touching and totally freaked out the best man who had to follow her! Women should do more speeches at weddings!” 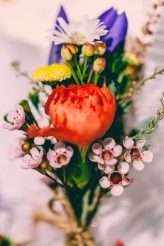 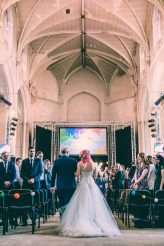 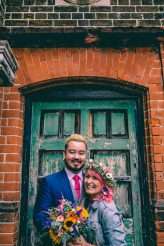 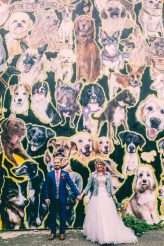 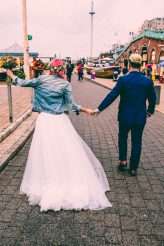 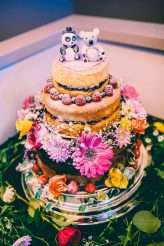