Lauren and Mike spent just £2500 on their gorgeous wedding. They were inspired by two things – the movies and lavender. “We had lots of references to the movies”, the bride said. “We are both massive film geeks and we couldn’t not have that represented on our big day. We had little hints scattered all over the place, including our Star Wars photo booth, movie quotes and movie poster illustrations around the venue, marvel confetti cones, and Mendl’s boxes for wedding favours from The Grand Budapest Hotel.” 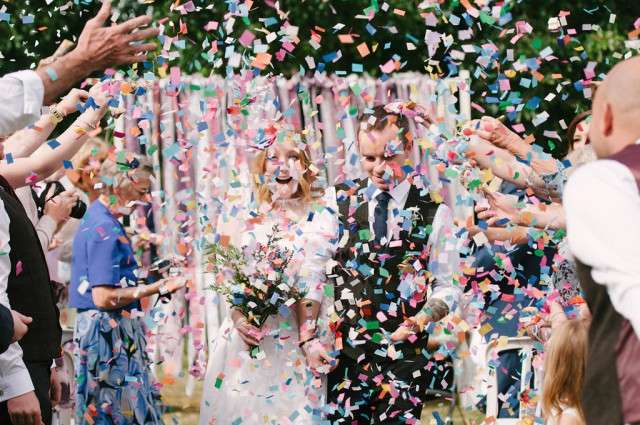 “Our guest book was inspired by Disney’s Up Adventure Book, our hot dog stand was called Dog Years (the hot dog restaurant from American Pie) and we also made a playlist of all our favourite songs from our favourite movies including Scottie Doesn’t Know from Euro Trip. We also managed to include our favourite TV programme, Game of Thrones, with our cake toppers that were Pop Vinyl Daenerys and Khal Drogo figures. One of readings during the ceremony also came from the Game of Thrones book.” 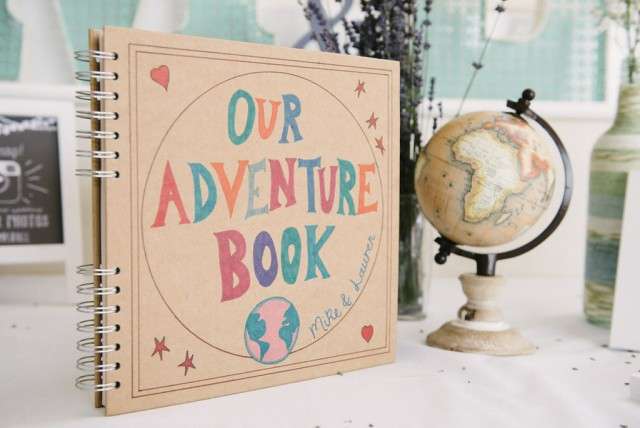 “The other underlying theme was lavender, from the grey lavender that we used as a colour theme to the dried lavender all around the venue. We also had lavender aura sprays from Zephorium Soul Tonics on each table.”

They kept the expenses low by making all the decorations themselves, shopping on the high street and holding the wedding in a village hall. “We were pretty clued up on all the planning and expenses as we had read many wedding blogs to prepare ourselves”, she continued. “As we weren’t having a traditional wedding, that instantly saved us so much money, especially as our venue was a village hall that cost us £100 to rent for two whole days!” 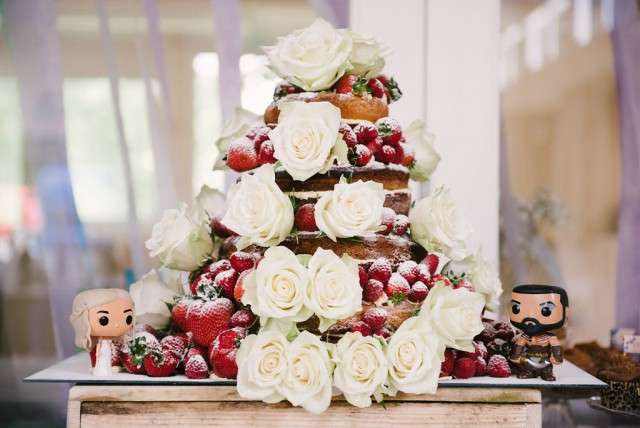 “Both of our outfits were from the high street and we had a lot of help from family and friends when it came to food. My cousin made our spectacular wedding cake as our wedding present. I made virtually all the decorations and I also designed all the signs and stationery too. We saved a lot of money also on our flowers, both gypsophila and dried lavender are quite cheap, and I also made my own bouquet from random flowers from our local florist.” 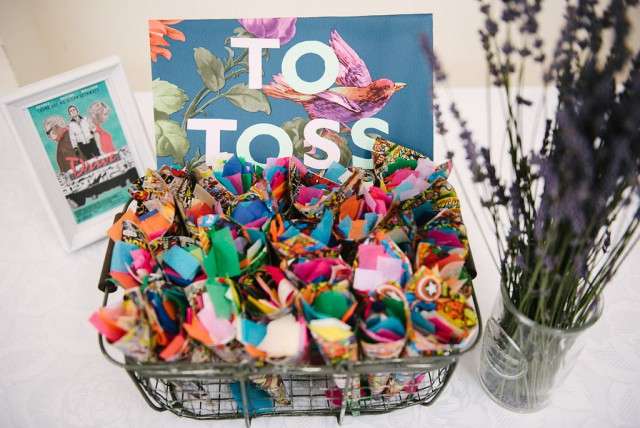 However one thing the couple didn’t scrimp on was their wedding photographer, “Our biggest expense was our photographer, but we were more than happy to spend this money as we knew it was something that we would treasure for the rest of our lives. Kate is such an amazing photographer she completely captured our day perfectly and she has such a beautiful and creative eye, which is so clear from the amazing photos we received, which made me cry when I first saw them.” 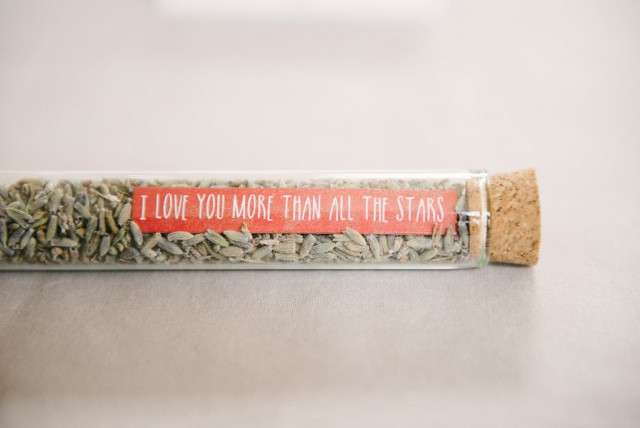 The ceremony was held outside, in the field next to the village hall. “We couldn’t have asked for a more beautiful ceremony”, Lauren said. “Luckily for us we had sunshine for the most of the day, I don’t think we have ever checked the weather reports so much in the week leading up to the wedding! We opted for a non-religious ceremony and as my aunty was an interfaith minister she was thrilled to perform it. It was beautiful and personal, we wrote our own vows and also performed a candle lighting ceremony too. My mum walked me down the aisle, which was so emotional.” 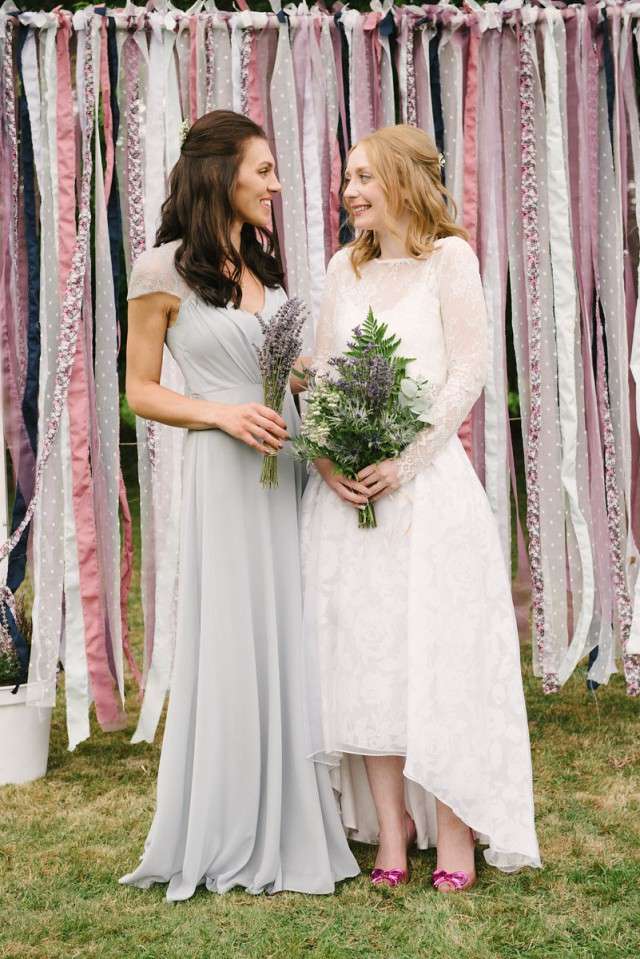 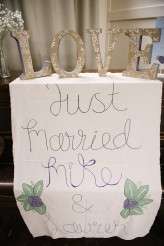 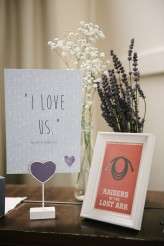 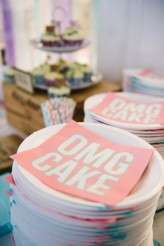 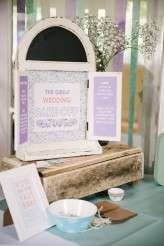 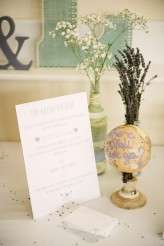 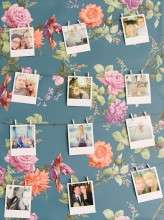 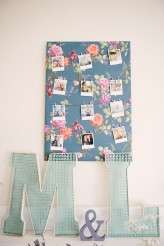 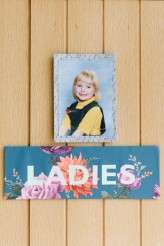 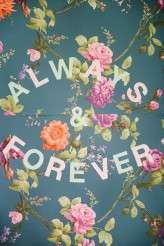 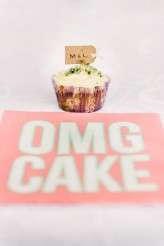 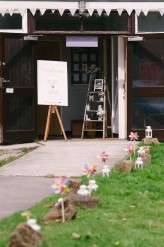 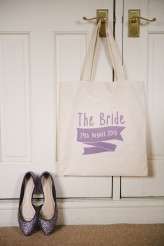 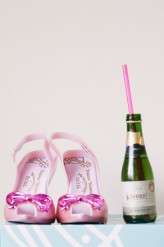 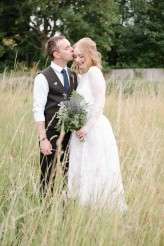 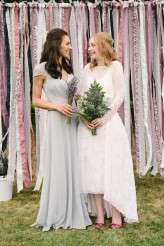 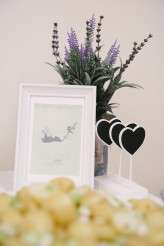 Nicole and James set £5000 as the budget for their September wedding, and remarkably they actually spent less than that! Having the day at a village hall, hiring a fish n chip van for catering, and asking guests to bring along dessert, was how they saved the majority of their money. They also didn't spent a lot on fancy outfits.