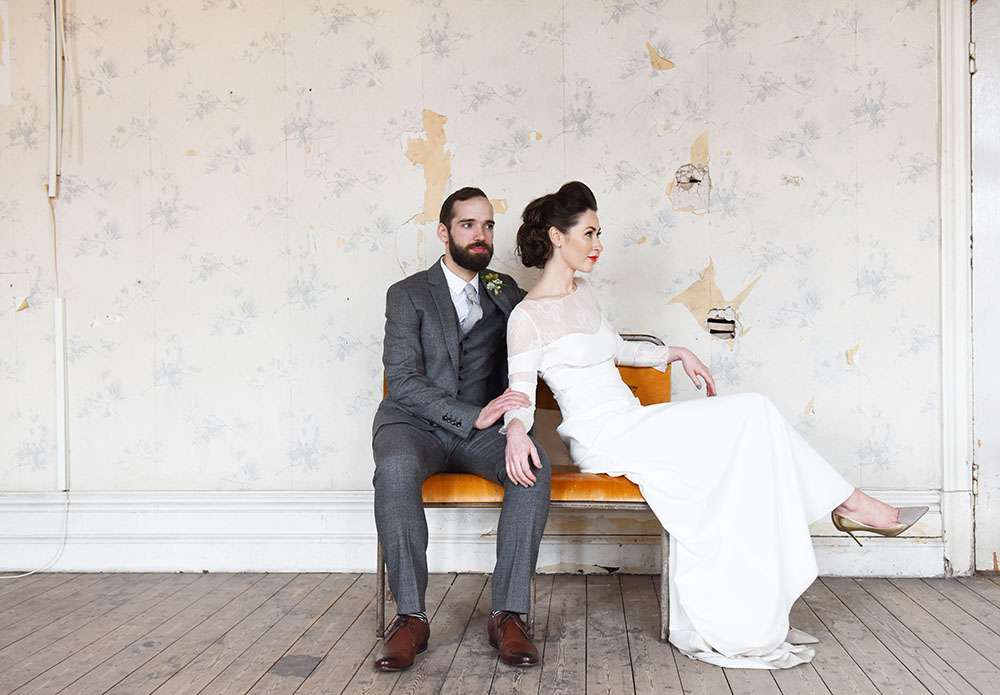 Having your wedding in a disused swimming pool might not be the obvious choice of venue for most couples, but for Natalie and Liam it was the most perfect setting for their day.

The venue was Victoria Baths in Manchester, a grade two listed building that opened in 1906 and has since been restored. “We had a non-religious ceremony in the Pineapple Room (so named because of the pineapple in the stained glass – it originally housed the Male 1st Class wash baths)”, began the bride. “From there we had a drinks reception in the Turkish restrooms before our wedding breakfast and reception in the Male 2nd Class pool which now has a dance floor!” 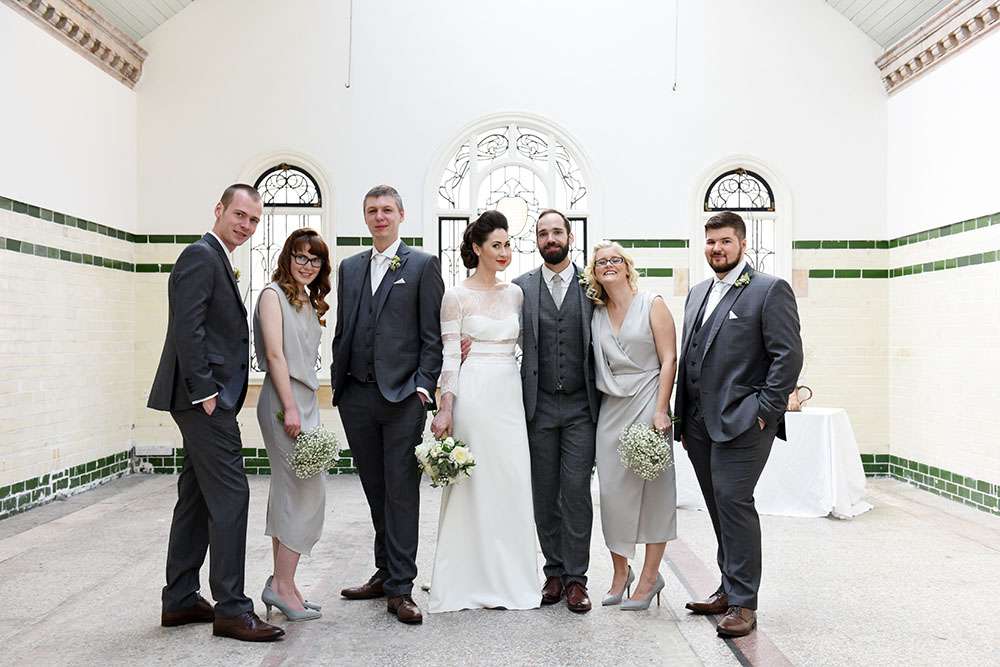 Natalie found her unique bridal gown at The Mews in Notting Hill. “I spent over a year trying on dresses that weren’t quite right”, she said, “but as soon as I walked in to The Mews, I knew ‘the one’ was there – and it was. The dress was Flemming by Rime Arodaky.” 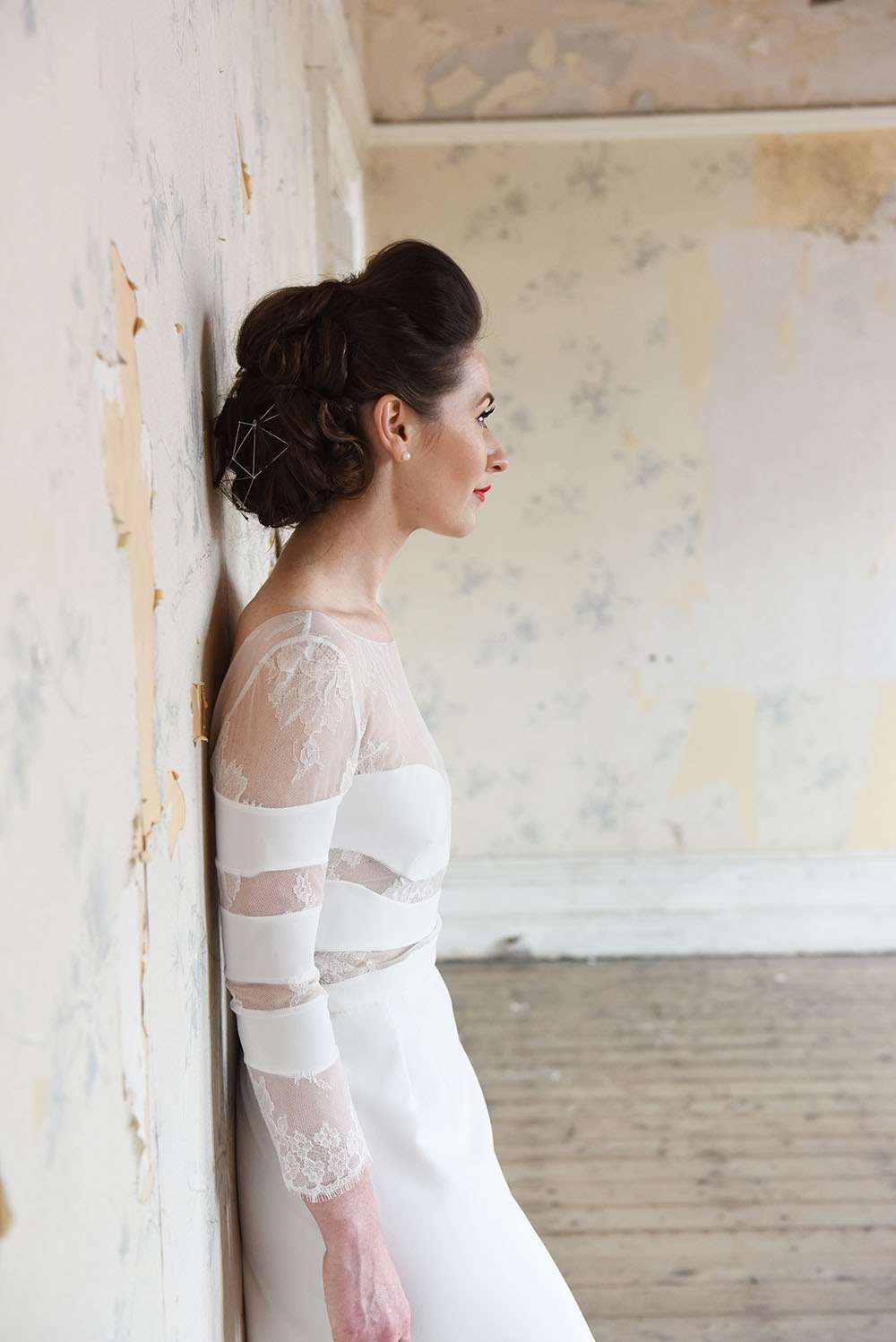 Te couple didn’t have a specific theme, but they wanted everything they picked to fit in at the venue. “We had a loose colour scheme and triangles featured in lots of the designs (inspired by the architecture of the baths). The baths has a lot of beautiful green tiles in all shades, so we wanted a colour that would complement our surroundings and so we went for grey with copper details. We wanted it to feel like a modern wedding in an old setting and somehow this seemed to work. Designing and creating lots of things ourselves meant it was totally unique and really reflected our style.” 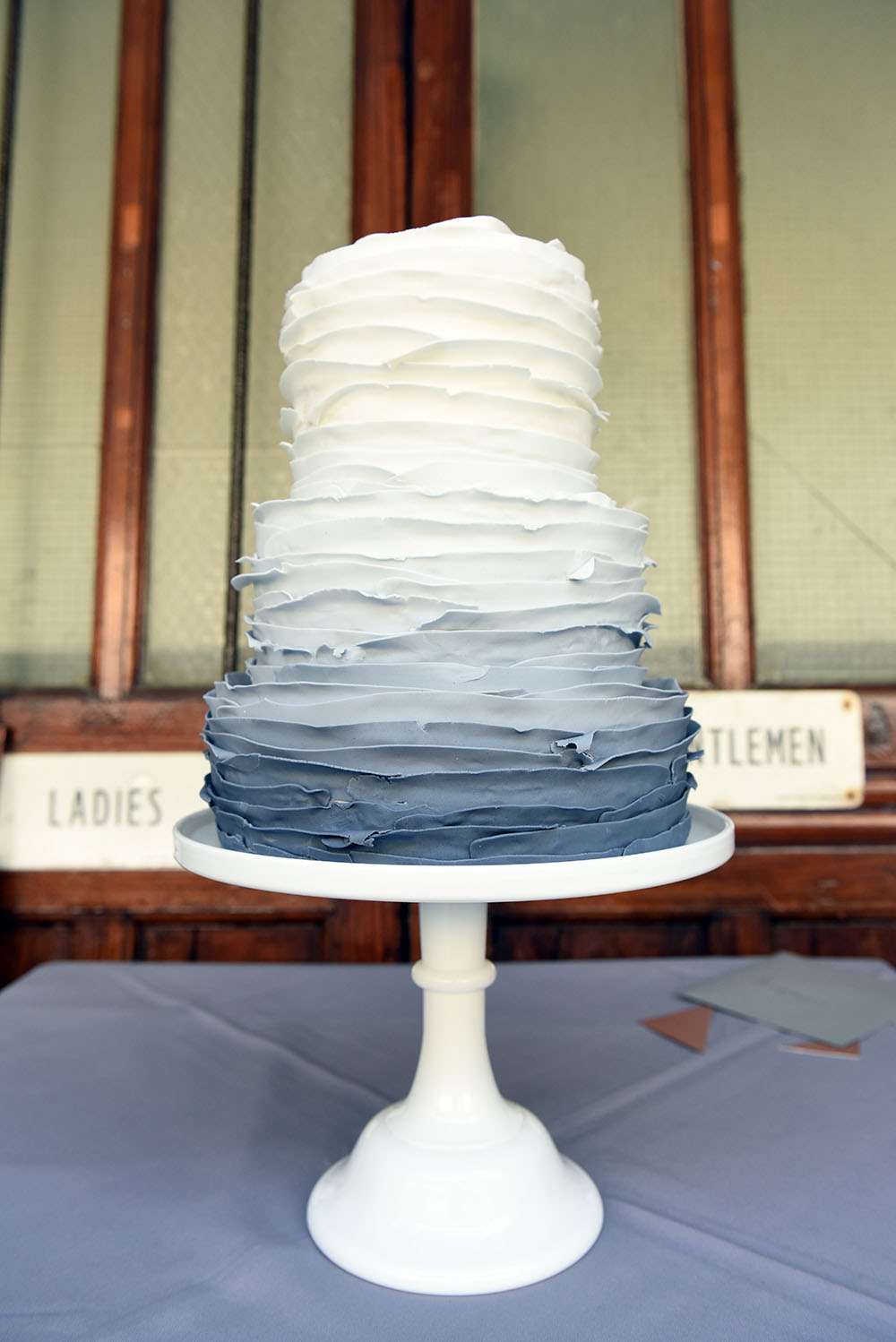 “We just had the best day from start to finish and we left for our honeymoon straight after the wedding so we remained in a state of bliss for another four and a half weeks!” the bride concluded. “The best thing about planning our wedding was knowing we wanted the same thing right from the outset. It all came together perfectly with the help of friends, family and the companies we’d hired – everyone was brilliant.” 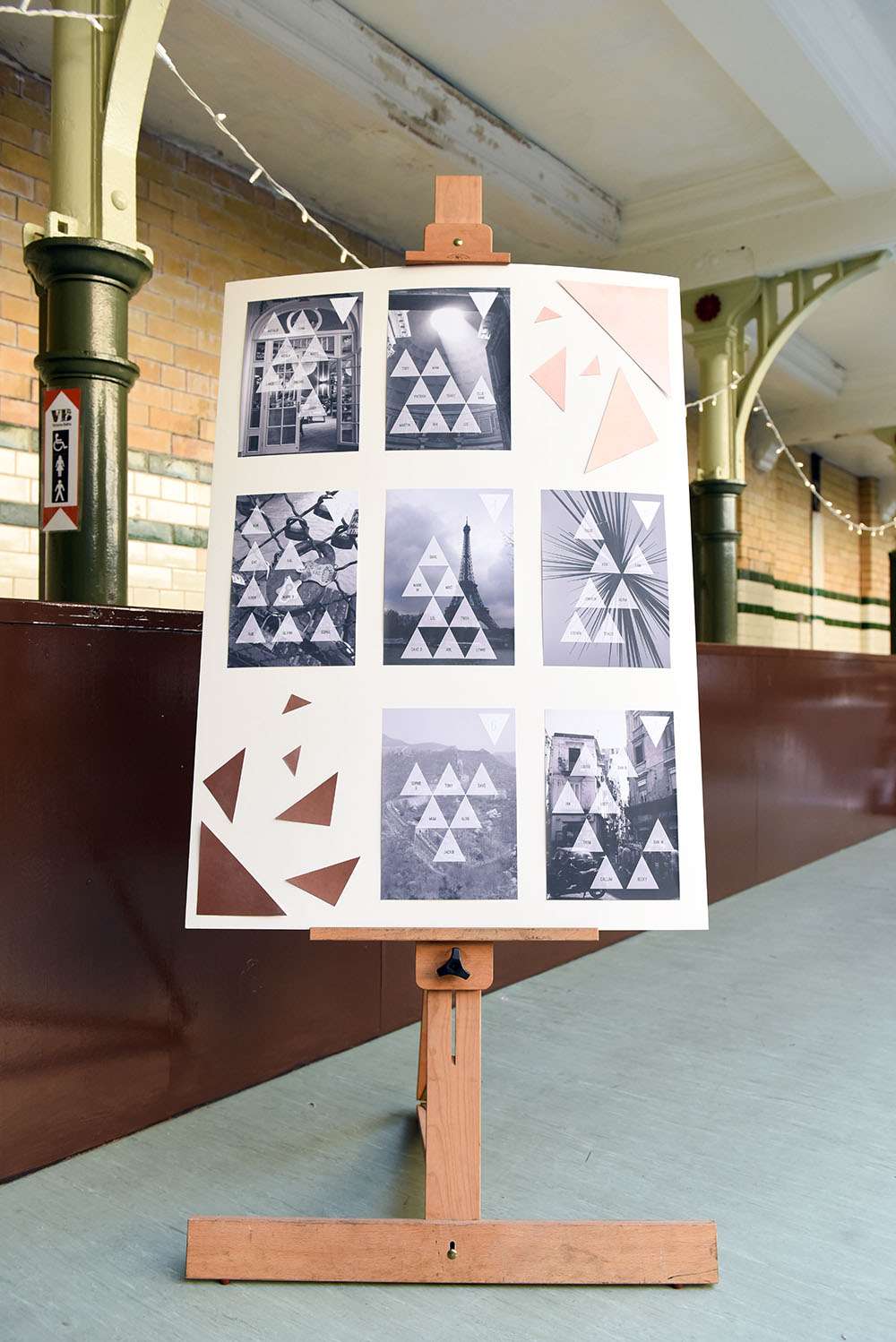 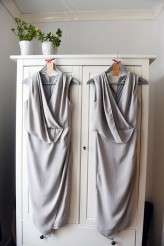 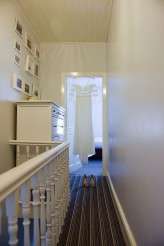 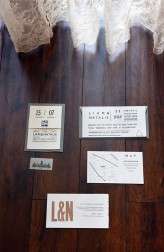 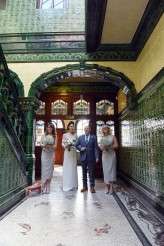 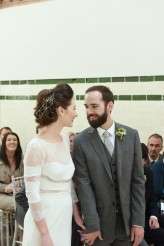 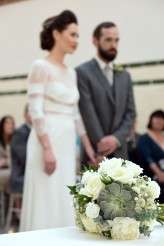 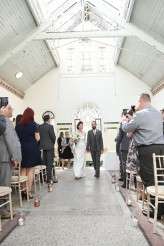 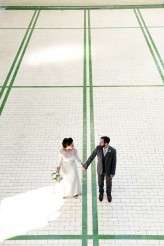 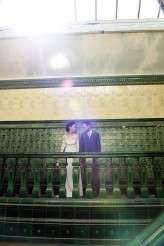 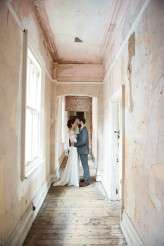 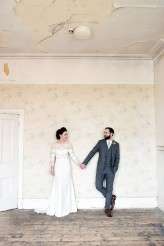 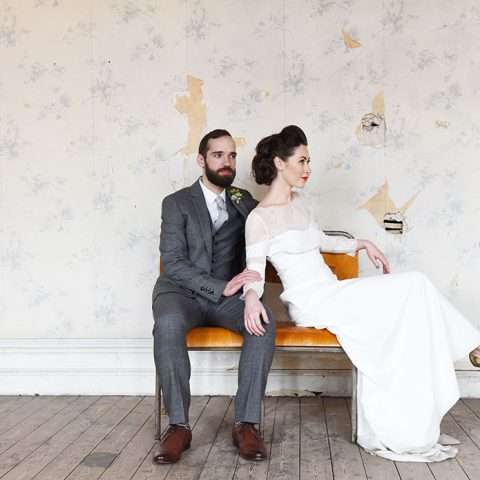 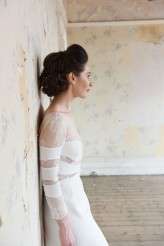 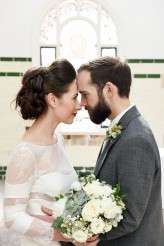 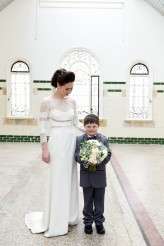 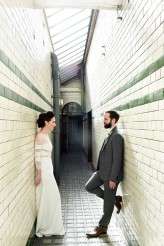 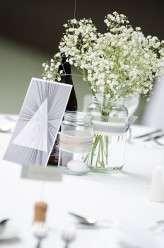 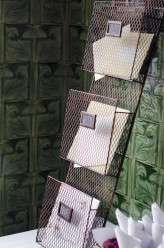 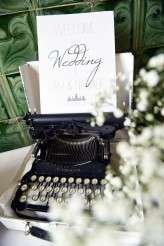 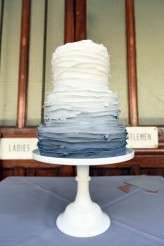 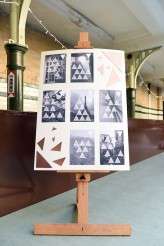 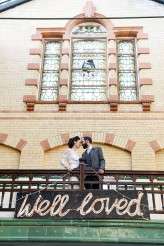 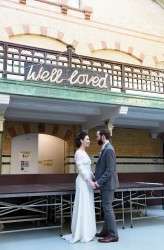 I find it so interesting to see how different the same venue can look depending on the wedding. I've featured a wedding at the amazing Victoria Baths in Manchester before, but apart from the obvious similarities (like the big empty swimming pool!) it could be a totally different venue. Lynsey and Greg added lots of greenery and overgrown foliage to the mix, creating a completely different vibe from the cute, quirky and colourful wedding I've shared from here before.

"Matthew is an architect & loves modernist architecture and things that are minimalist, well designed & have clean lines so we decided we'd like our wedding to reflect this", newlywed Hayley wrote. "The venue really set the scene with it's amazing art deco features but funky modern interior so we chose not to detract from this keeping decorations & flowers to an absolute minimum & only in white. We wanted the guests & bridesmaids to add the pop of colour which they did!"

Every wedding we publish is gorgeous, special and wonderful in it's own unique way, but there are some weddings I see that I get SO EXCITED about sharing. Cat and Ade's wedding is definitely one of those. And once you see their pictures and read their incredibly romantic story I'm pretty sure you'll be able to tell why I love it so much.

Although they ran away with 15 of their friends for their Vegas ceremony, Holly and Ged did still want a big party at home for everyone else. Doing the ceremony and reception separately meant they got the best of both worlds.