Festival weddings aren’t going anywhere, which makes me very happy indeed! I mean, what could be better than hanging out in the sunshine, listening to your favourite music and dancing late into the night?!

Becs and Chris were married at The Winter Garden at Sennowe Park, Norfolk. They hosted their reception in a tipi on the bride’s parent’s farm. “We always said that when we got married we wanted a festival feel”, said the bride. “Festival for us meant relaxed vibes, happy music and street food! We love food and that was pretty much the most important bit for us. We got Manjit and Fish& to drive down from Leeds because we love their award-winning food so much! I guess it’s quite unusual to have Gujarati food at a non-Indian wedding but we love curry and Manjit’s is incredible. As is Fish& – we had three types batters for our fish pieces! Trumpet & Crumpet provided amazing canapés and delicious British desserts for us.” 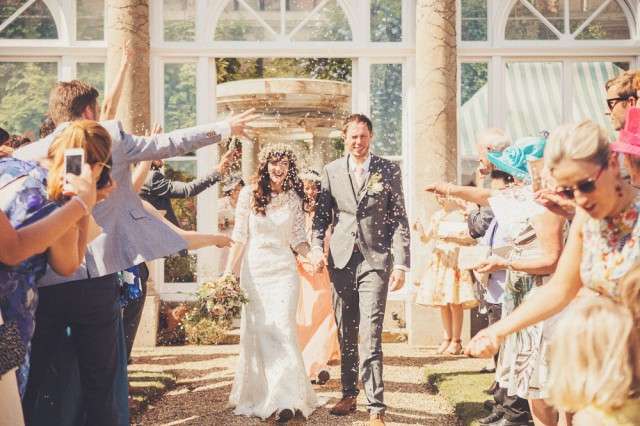 “Since the farm is reasonably remote, we let people camp over in one of the fields too”, she continued. “We also had my mum doing the ceremony which made it pretty unique – not many people can say their mum married them! My mum became a registrar when I was one and it had been my dream to have my mum do my wedding ever since then!” 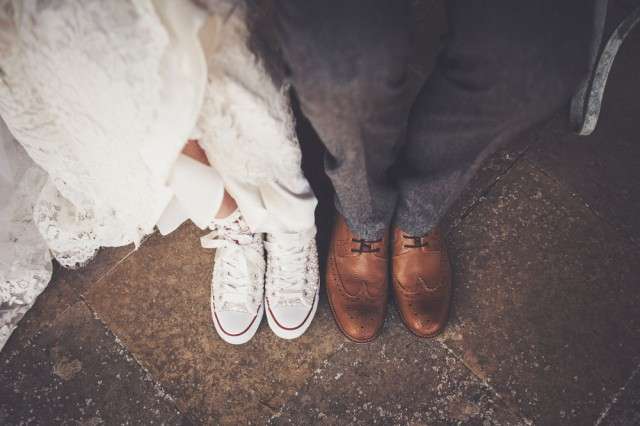 Becs’ gorgeous dress came from White Rose Bridal and she added the sleeves to the original design. She wore is with customised pearl beaded Converse which she had made by Everything Sparkles. “Both me and my bridesmaids wore beaded customised Converse. Since the reception was on grass and we’re sensible girls we wanted to be comfortable and a bit different. We loved them!” 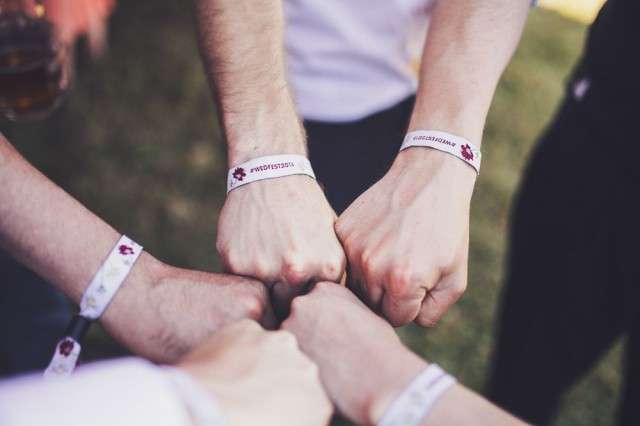 In terms of décor, the couple did most of it themselves with help from family and friends. “Since I grew up on the farm, I wanted to incorporate that part of my life into the day”. she said. “So we took the guests on a tractor and trailer ride! They absolutely loved it. We decorated the sides with huge vinyl banners with our wedding details one. We also called the wedding #wedfest2015 and got wristbands made instead of giving favours.” 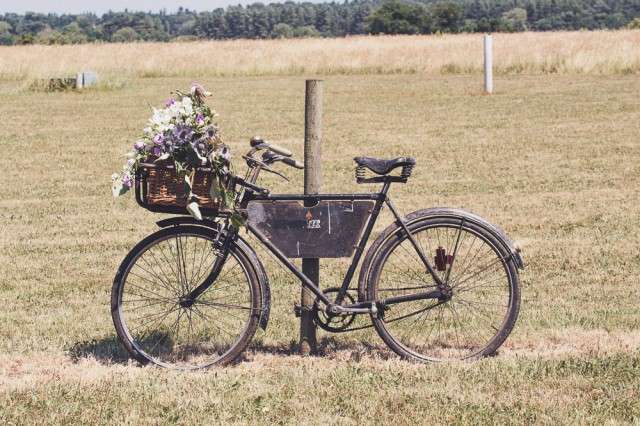 “We made the wooden signs ourselves. We really pleased how they turned out. I baked the cakes (one tier gluten free sponge, one tier carrot, one tier german chocolate) and my mum did all the decorating including the sugar craft and lace. She is very talented. Mum and her friend also did the flowers in the bike basket and just outside the tipi.” 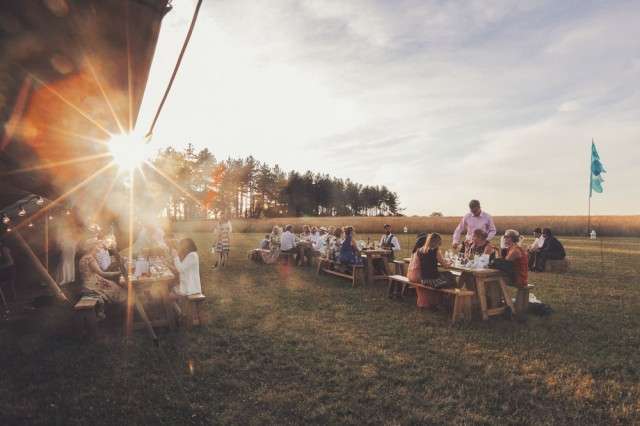 “The tipi hire was the most expensive thing, but we saved money by calling in lots of favours with talented and creative friends so a few things were cheaper. But we probably saved most on the invites and signs by designing them ourselves. The signs would probably have been £30-£40 each if we’d had them done professionally. We made them for just a few pounds each. Also my bridesmaid dresses were Miss Selfridge and they were only £55 each.” 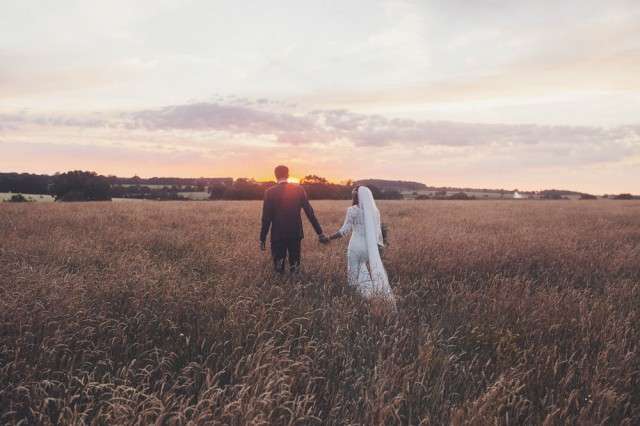 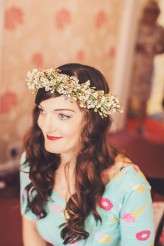 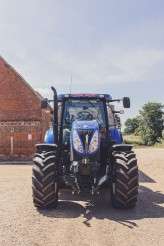 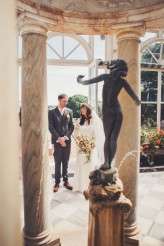 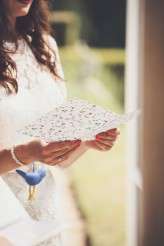 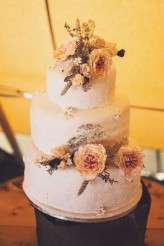 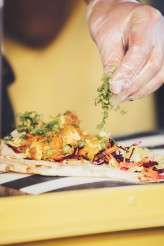 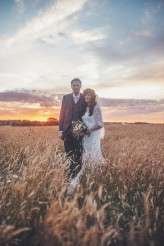 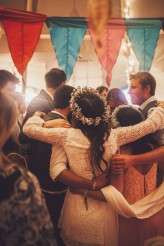