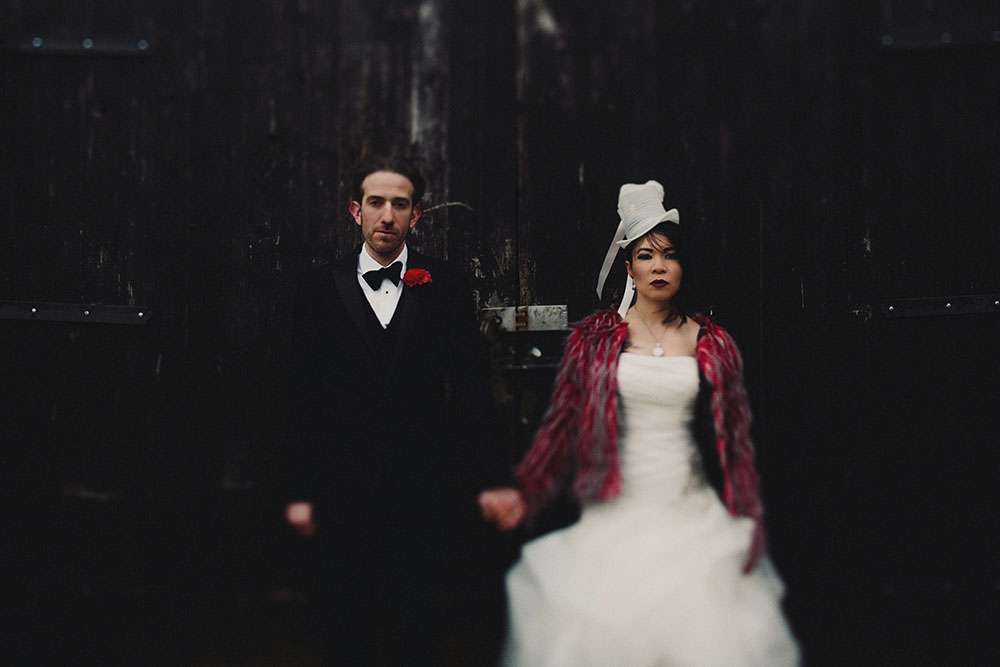 Zack and May’s wedding was a weekend-long affair. They invited their friends and family to stay with them at the venue from Friday-Sunday and everyone pitched in to help.

“We wanted to have a mini-festival where everyone was part of the event, rather than turning up to a stage-managed thing”, the groom told me. “Most people stayed on-site in rooms or treehouses. Everyone came up on the Friday to help decorate the venue, and we had the Proper Pizza Company, who built two brick pizza ovens in the courtyard, to feed the helpers. Everyone contributed to the day, and many stayed until Monday. Instead of presents we asked the guests to bring a couple of bottles and a dessert or some cheese for after the meal. On Sunday we woke up early and cooked a huge roast for everyone who stayed over.” 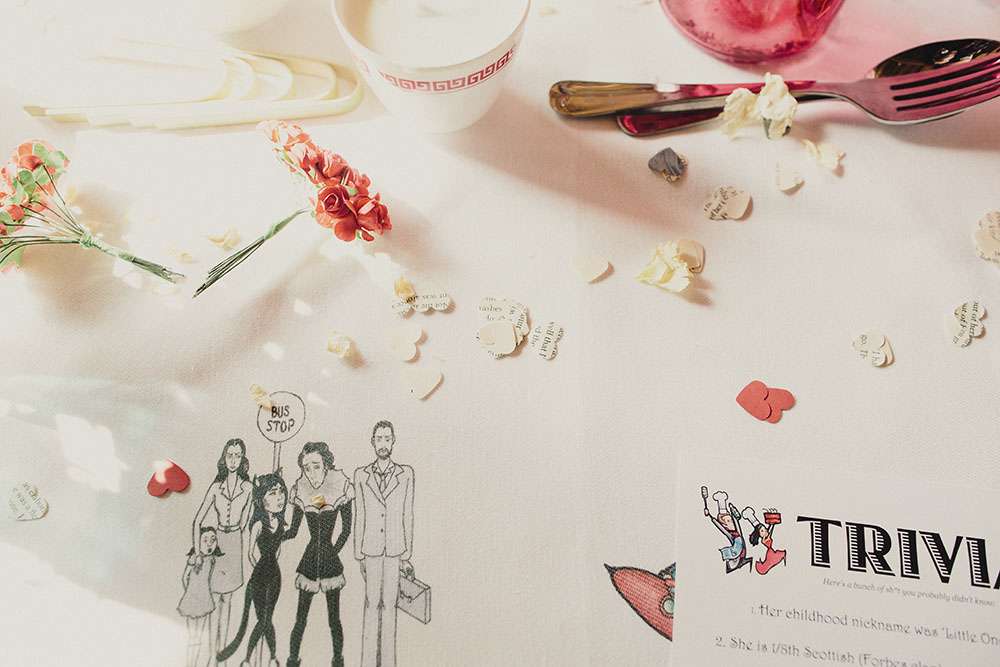 The wedding was held at West Lexham Manor in Norfolk. “We heard about the venue through a friend”, he continued. “We were able to do lots of DIY and make them place our own. We had custom printed table runners with cartoons us done by friends and pom pom sheep name holders with top hats. The tables were identified by posters of our top five favourite films and the ceiling was decorated with dried flowers, red and white paper lanterns and giant tissue-paper flowers. We also had strings of lights and lots of flowers in vases to teapots. Our plates and cutlery were made from naturally fallen materials like banana leaves. We got them from Little Cherry.” 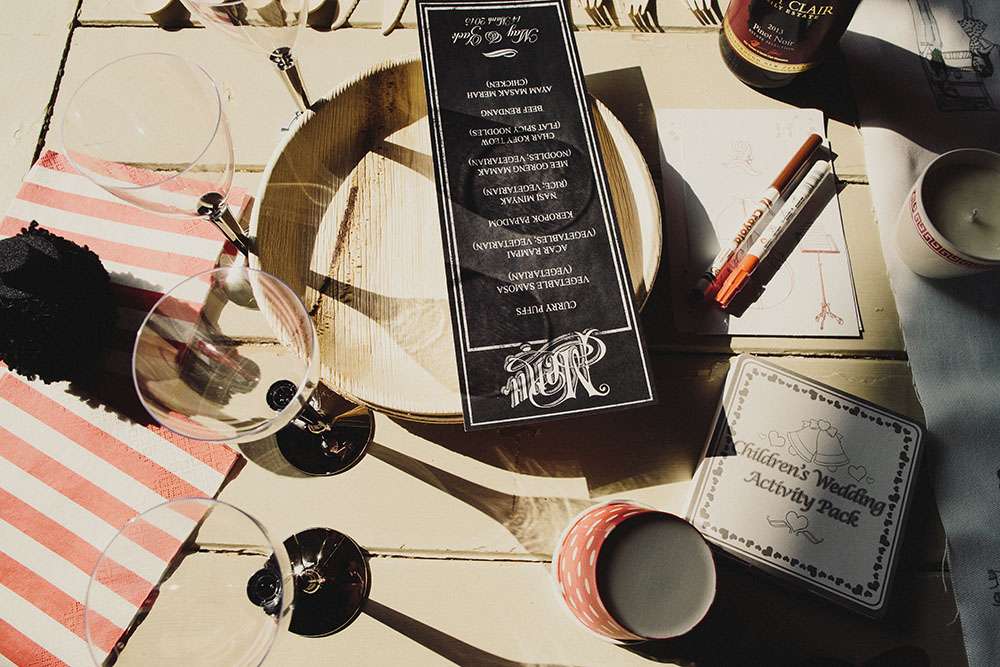 “The best bit of the day was the ceremony. I serenaded May up the aisle with To Love Somebody. We also loved everyone singing Lean on Me in the service. We spent the most on the venue because we wanted somewhere people could stay for the whole weekend. We saved on doing the decorations ourselves, not having a band or DJ and having our friends help us with set up and organisation.” 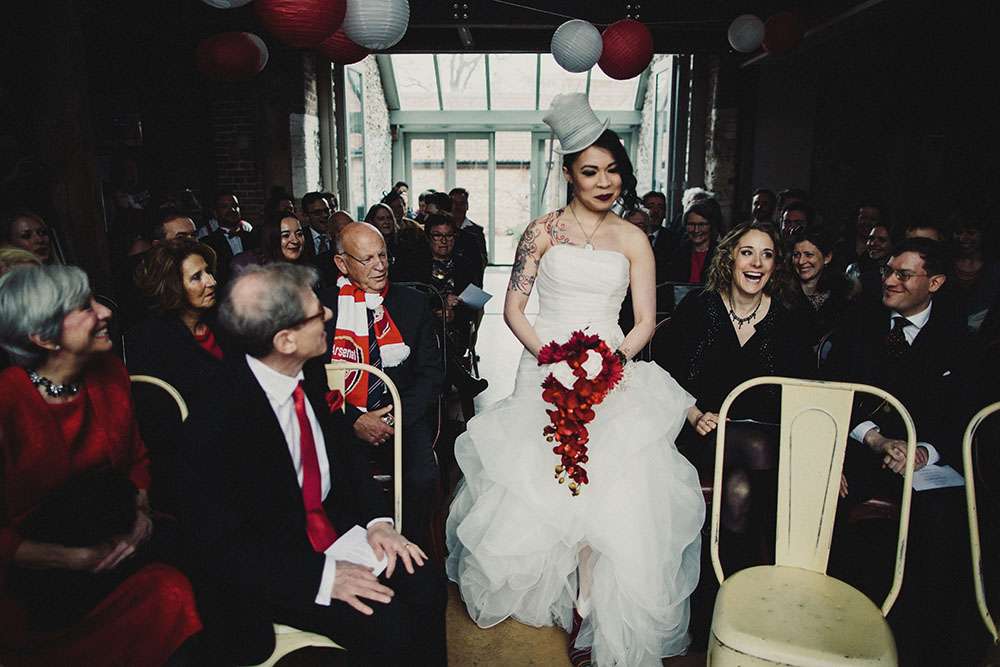 “We were lucky to have very understanding and generous friends and family who pitched in to hang flowers, set up tables, sing, and cook breakfast for the masses in the morning. All those closest to us took pleasure in getting to know each other across the generations. There was no drama or overly embarrassing incidents, and good cheer and camaraderie was felt despite the guests being from a wide spectrum of beliefs and from mainstream and alternative lifestyles.” 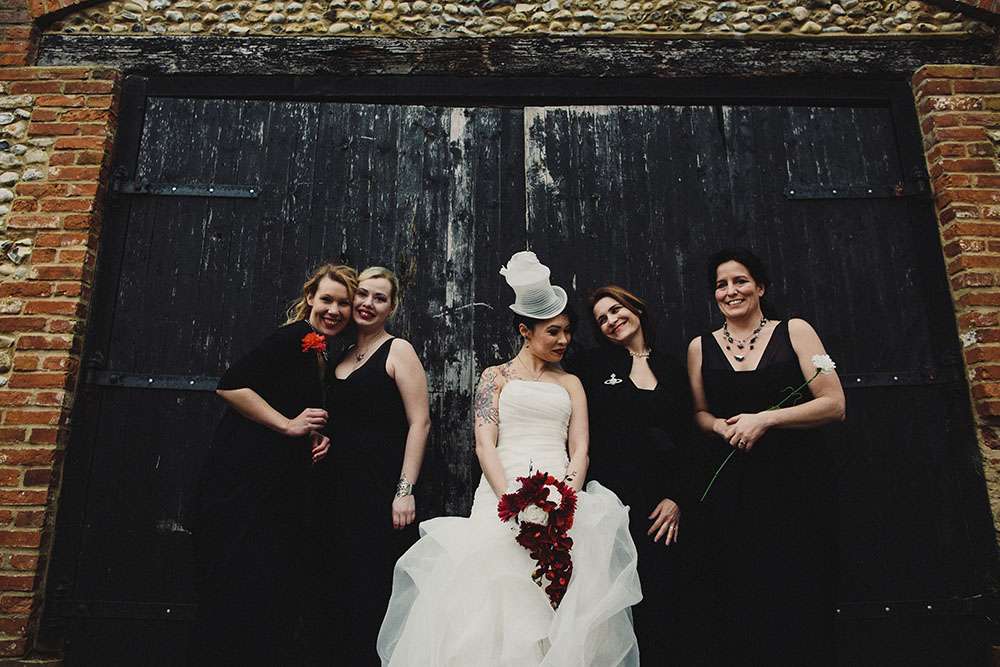 “Our advice to other couples would be to not spend money on forgettable things but spend it on the important things like a good photographer and a great venue”, he concluded. “Also have the wedding you want to have not the wedding you feel you ought to have.” 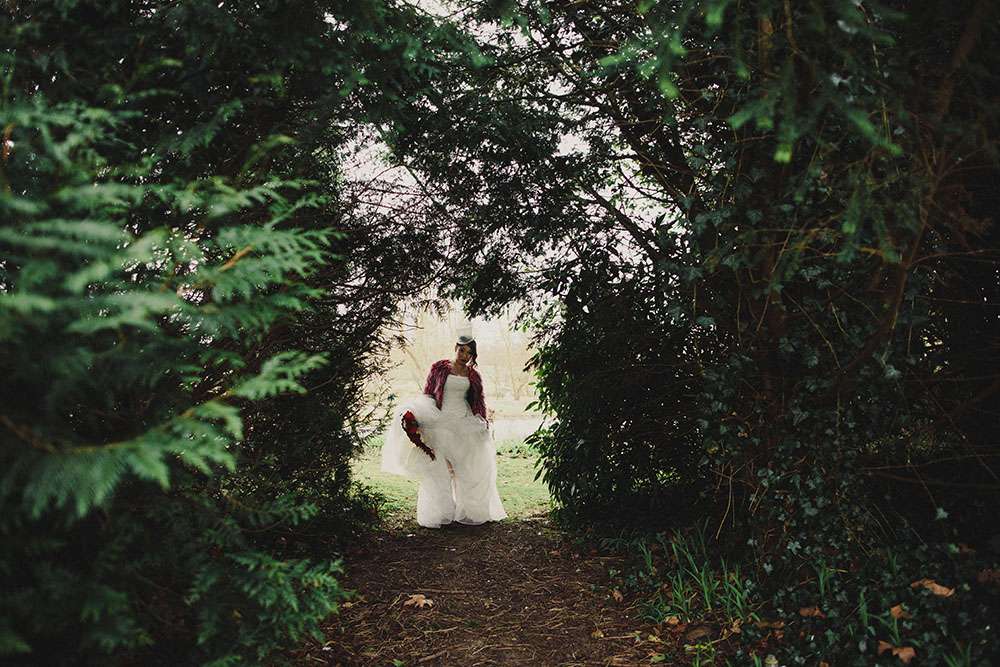 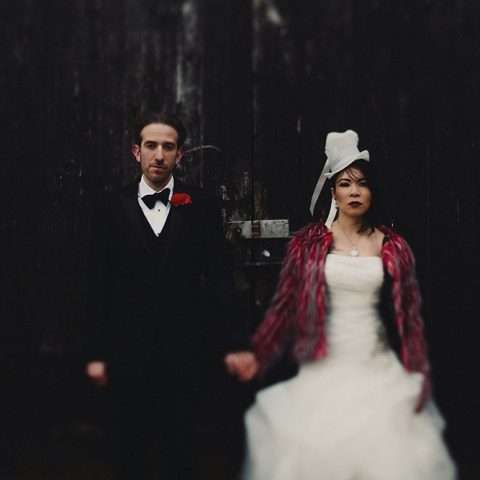 Hold onto your handbags because my goodness do we have an utter beaut of a wedding for you today! Jody and Shane were married last summer and it was GLORIOUS. They met at an alternative bar in Camden, "Not the most romantic setting. I was climbing a pole into the ceiling tiles, he came over interested in what this multicoloured haired ape was doing!" the bride laughed. "We danced on some tables, kissed and exchanged numbers - Love at first sight you could say!"