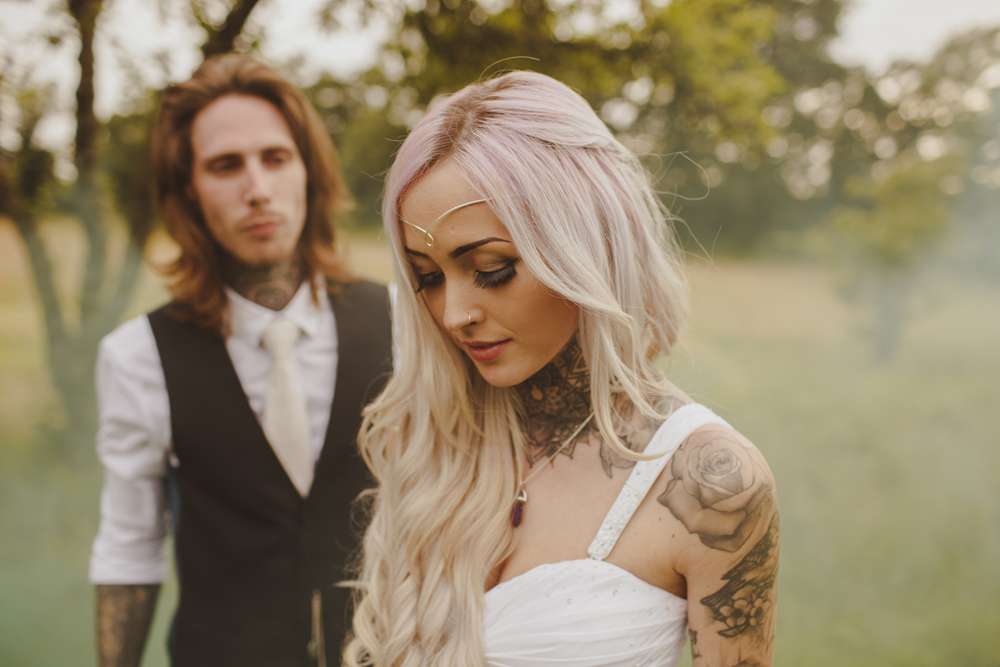 Hold onto your handbags because my goodness do we have an utter beaut of a wedding for you today! Jody and Shane were married last summer and it was GLORIOUS. They met at an alternative bar in Camden, “Not the most romantic setting. I was climbing a pole into the ceiling tiles, he came over interested in what this multicoloured haired ape was doing!” the bride laughed. “We danced on some tables, kissed and exchanged numbers – Love at first sight you could say!” 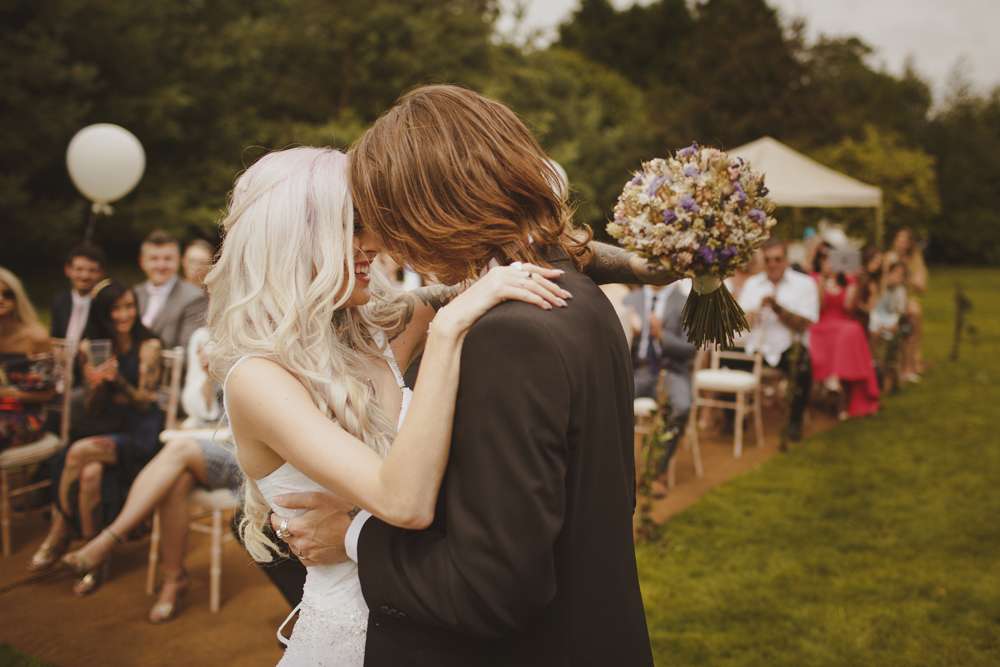 They wanted a relaxed, festival vibe for their wedding so choose Westmead Events, an outdoor venue in Surrey as the location. “We both wanted a day in which people could just drink, dance and be merry!” Jody continued. “Which was off to a great start when cocktails were being poured before I made it down the aisle! We were both set on an outdoor venue where people could enjoy the meadow and views.” 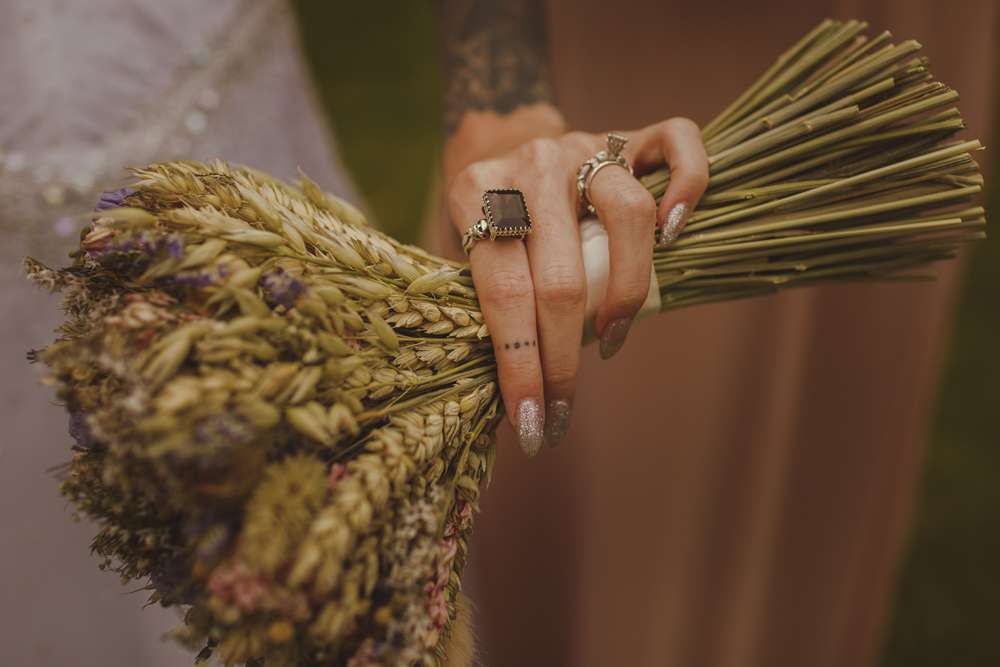 One of the key things for them both was the entertainment. Both having quite eclectic tastes in music and films, they wanted these interests incorporated into the day. “We had the Jurassic Park theme song played by our pianist as I walked down the aisle. We had gold dinosaurs and stacks of books, including Harry Potter, as part of our centrepieces, I wore a small Elven style tiara as Shane picked Enya’s May it Be as our first dance, from Lord of the Rings. We both wanted just little things that made our day a little bit more unique to us.” 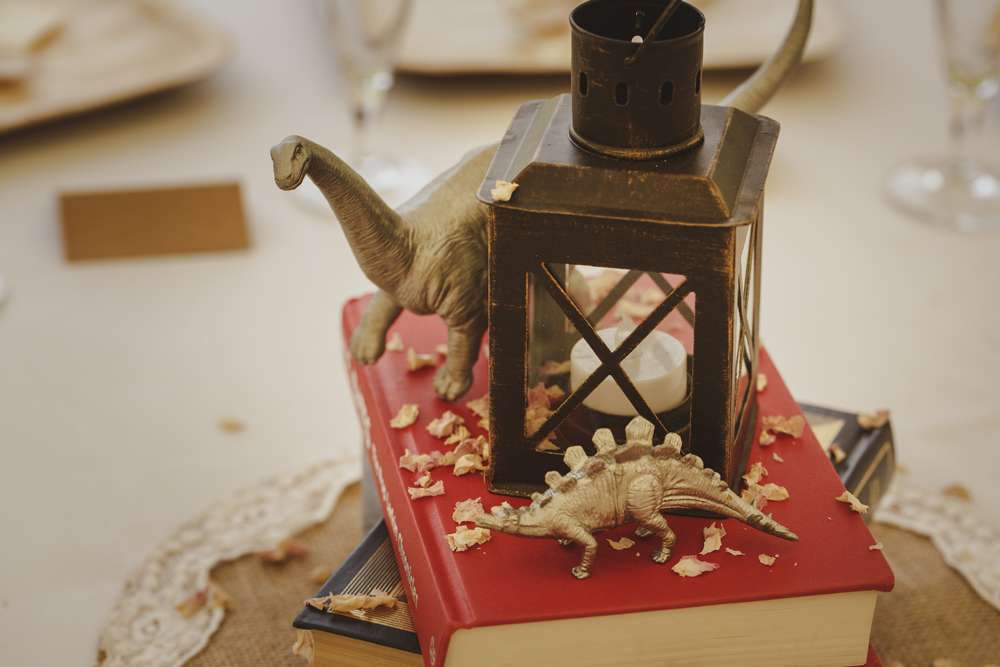 Of their £16,000 budget their biggest cost was the venue but they saved a lot on the DIY decor and the flowers. “We did so much of the set up and planning ourselves the idea of fresh flowers felt like such hassle, Jody said. “We ended up ordering dried flowers for the bridesmaids and myself. I’ve got them all displayed in vases at home now and it’s a great memento of the day!” 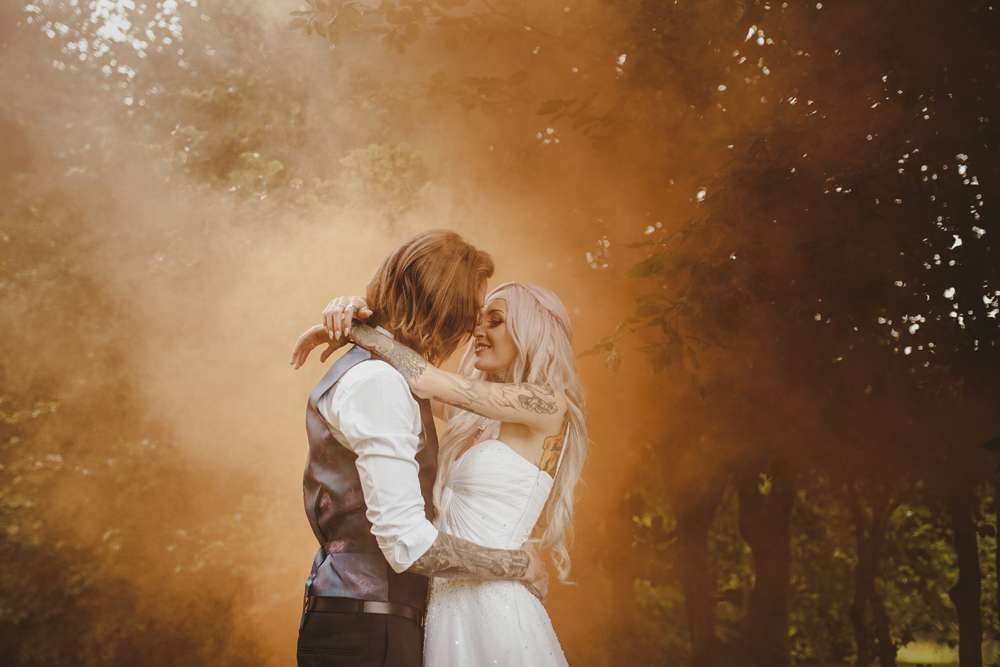 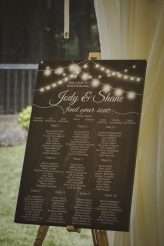 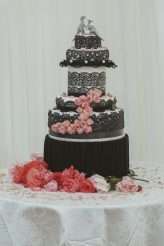 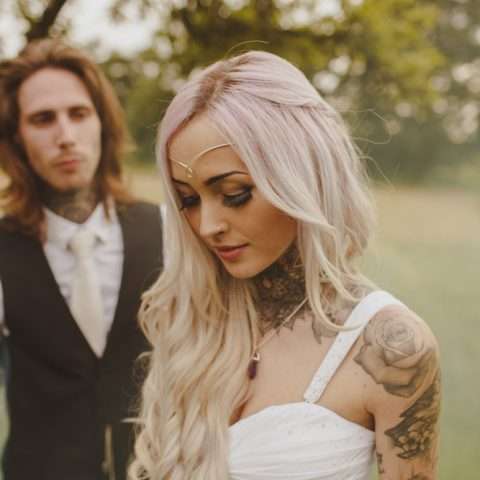 Zack and May's wedding was a weekend-long affair. They invited their friends and family to stay with them at the venue from Friday-Sunday and everyone pitched in to help.