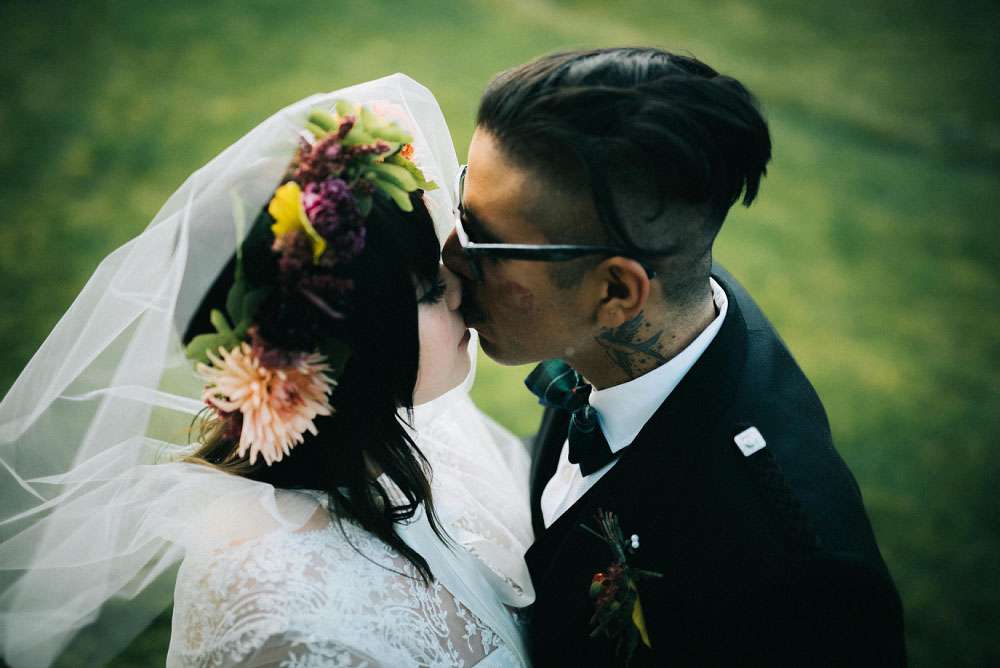 Who says only the bride can wear white? I think this all-white bridal party proves that isn’t the case! Don’t they all look FANTASTIC!?

The bridesmaids in the same colour as the bride wasn’t the only unique thing about Harriet and Jesse’s wedding though. They styled the day in a way that truly reflected them which meant pineapples, flamingos and fireworks! They day was also held at a friend’s house on the Scottish borders. 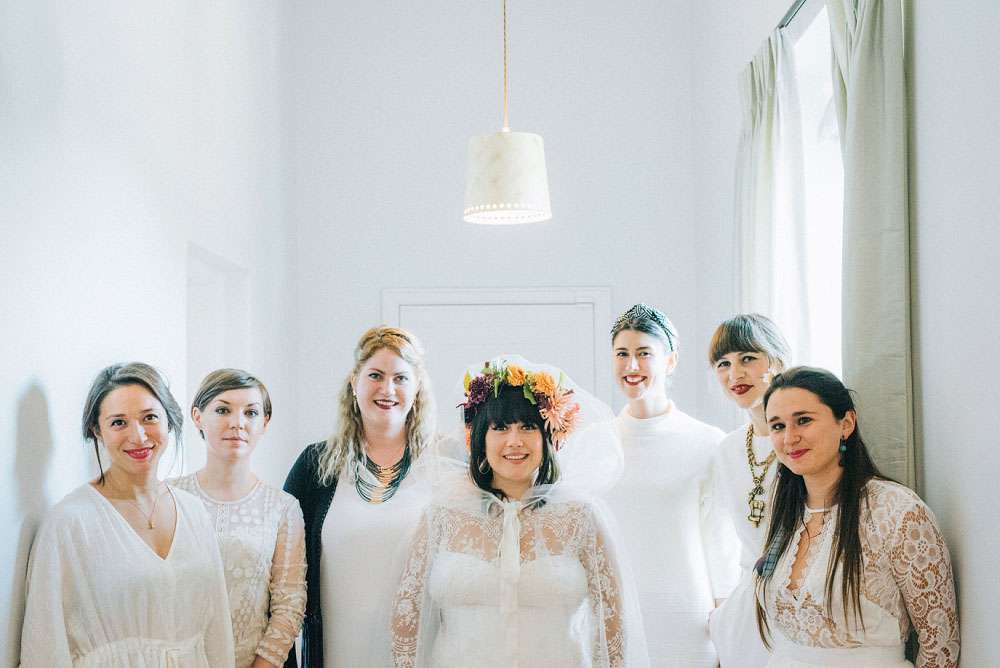 “Jesse and I met in bar 107 in downtown Los Angeles”, began the bride. “We then proceeded to go on the wildest and most fun night out together and that was that. Our wedding was rustic, magical, tropical and Scottish. We included all the things we like such as candles, pineapples, cactuses, unicorns, dancing, and lovely wine. We really just wanted our friends to have an amazing time so made sure that everything was top quality and lots of fun.” 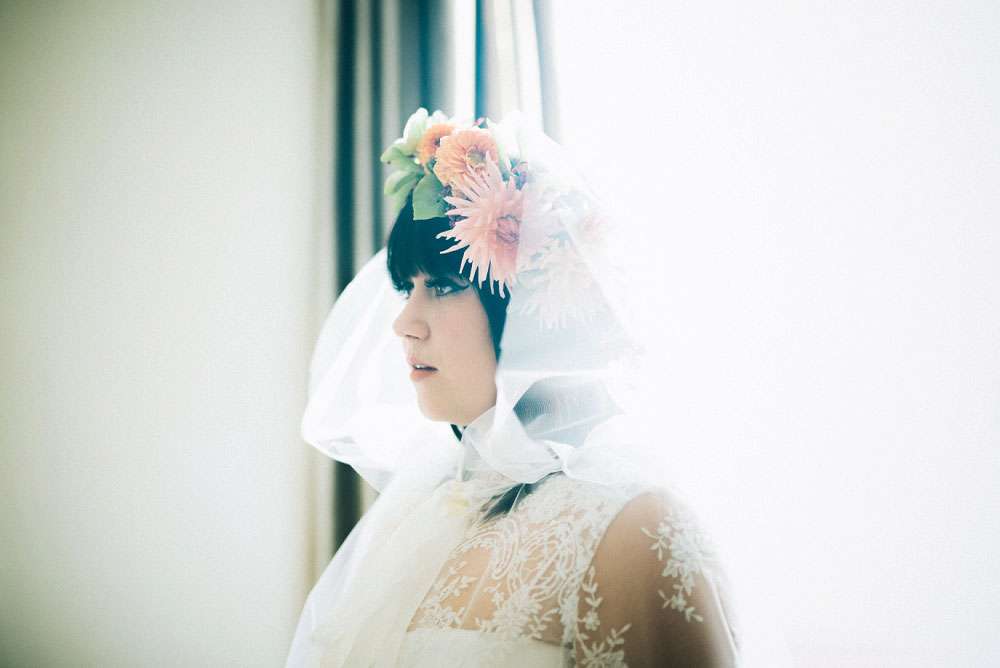 However the couple didn’t set out to be intentionally alternative. “We didn’t do anything weird on purpose”, Harriet continued. “We are just a bit weird so our natural tastes probably made it so! One of the best moments was our group sing a long to 500 Miles instead of a hymn in the ceremony!” 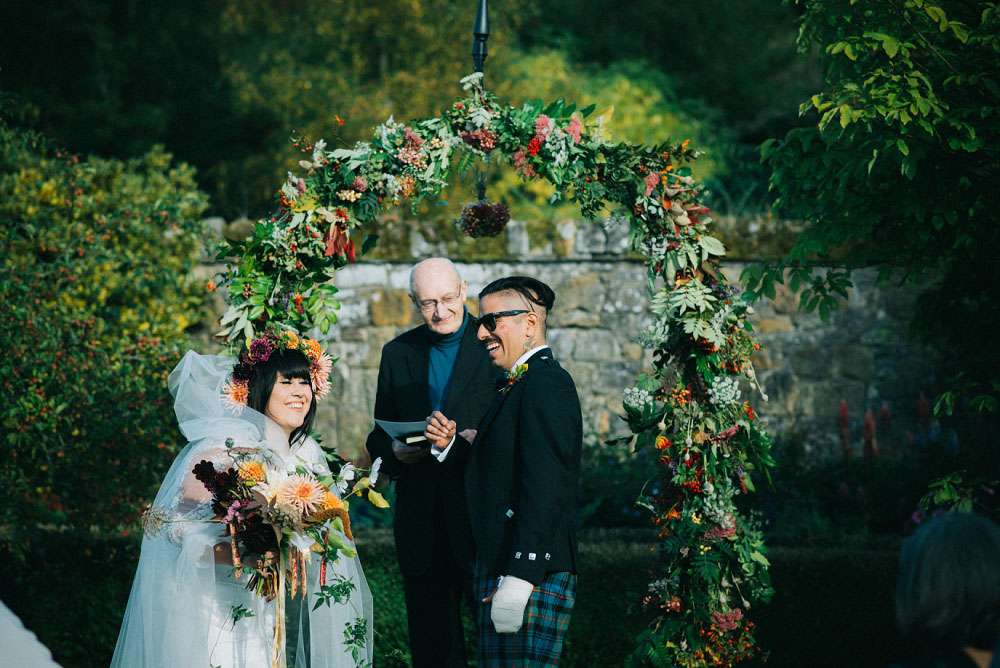 “I also loved our magical cake table (a home made gift from my incredible sister). It was covered with cactuses, nine delicious cakes, cheeses and flowers, and was much better than one silly floofy white cake. For place settings we gave everyone a flamingo glass (50p each from Ikea!) to keep, with their name written on it. That was really cute and people loved them.” 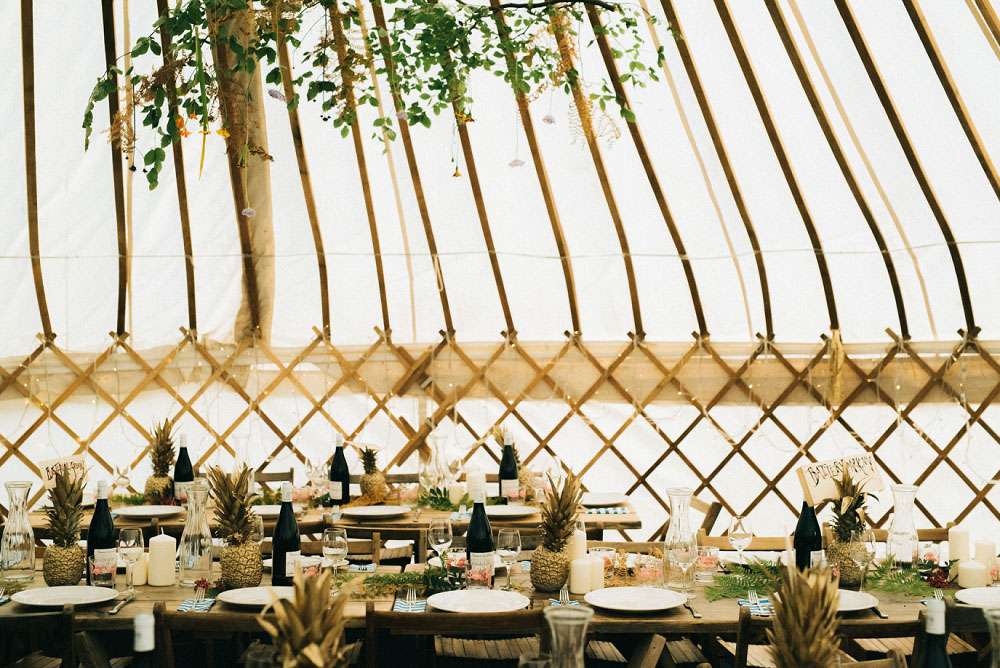 “Instead of traditional speeches we chose about eight of our friends/ family members to say something in under minutes. This worked amazingly well. People said they were the best speeches they’d ever heard at a wedding. three bridesmaids sang Disco 2000 with all the words changed to be about us, which made us both laugh and cry. It was amazing.”

“The fireworks display was also brilliant. We handed out Roman candles and guests held them and set them off themselves. It was a little like a war zone but also really magical and exciting.” 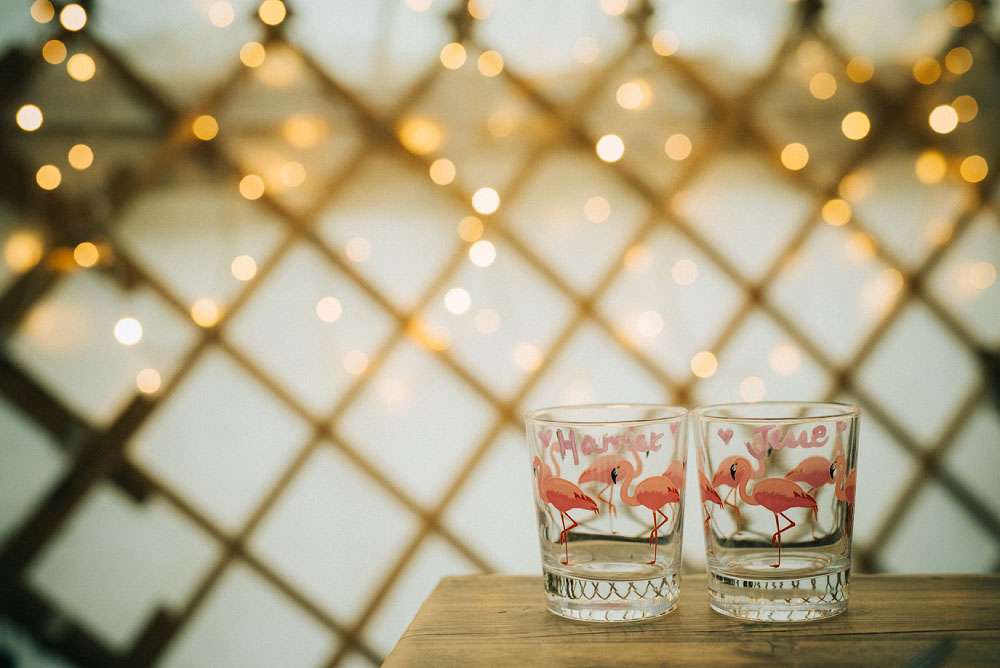 “There are a couple of things I wish we’d known before we started planning our wedding”, Harriet continued. “Firstly that creating a wedding  from scratch in a non-wedding venue is a HUGE amount of work and it would probably be wise to gather a team together the week before to set it up. I would also advise people having a DIY wedding, no matter how much it costs, pay a team of people to clear up the day after. Do not do it yourself! You’ll end up having the best day of your life followed by the worst!” 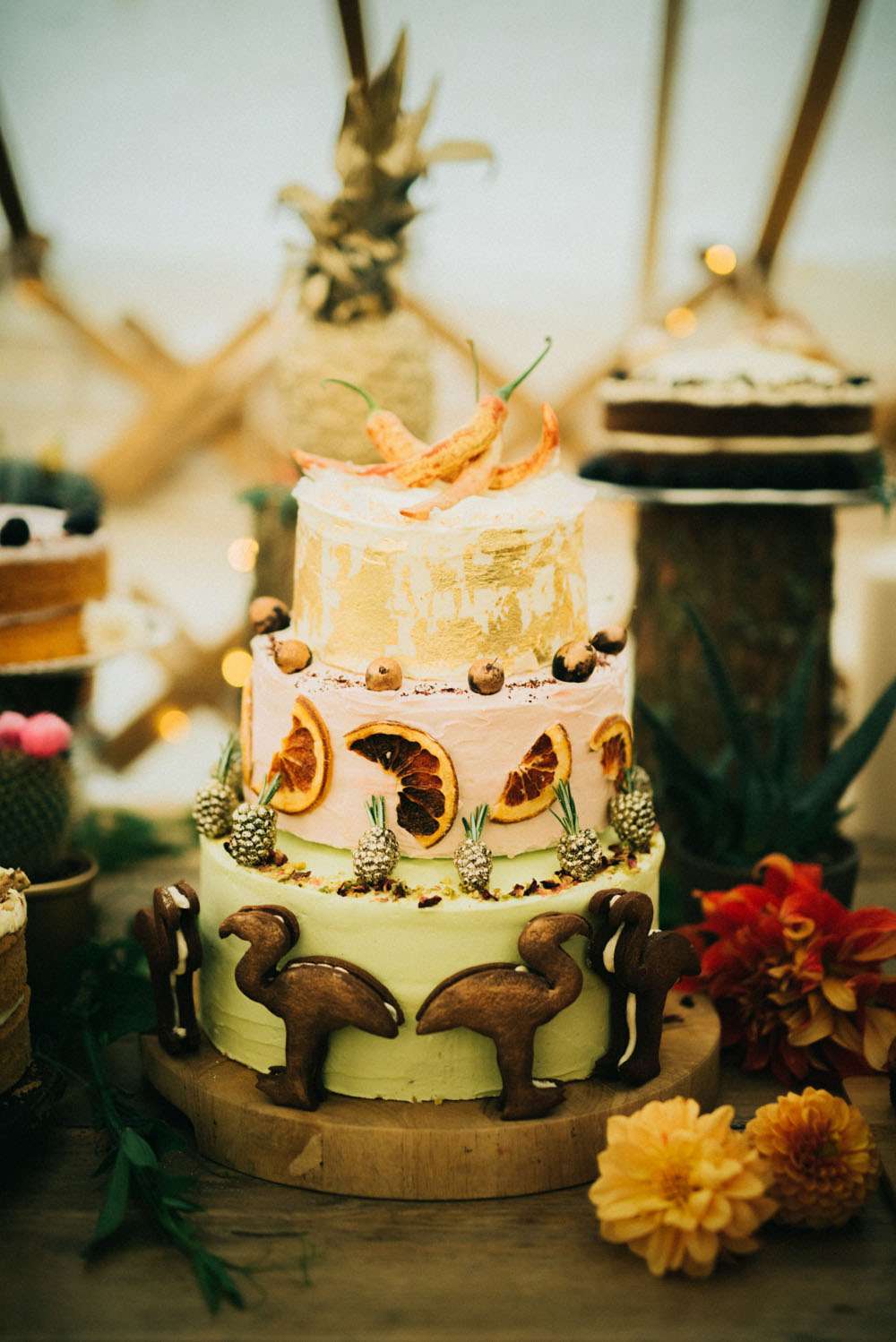 “Also don’t plug really powerful lights into your little generator, it will blow and you will end up with no power in your yurt for the rest of the night! But don’t worry, you can style it out with enough candles and a live band, and move the dance party indoors. In fact, get a back up generator if your are relying on it for all your power.” 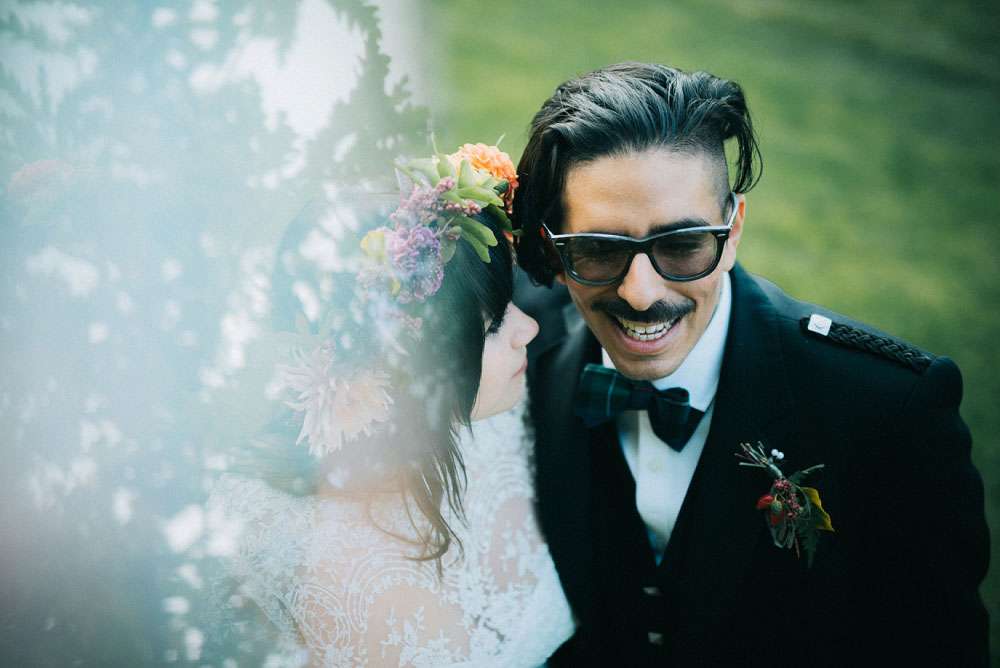 “However, although the generator broke just as the speeches ended, and I panicked for a while, at the end of the day we were with everyone we loved, in a beautiful setting and we managed to figure it out. In fact most people didn’t even notice the generator had broken, they assumed having the party by candlelight was part of the plan all along!” 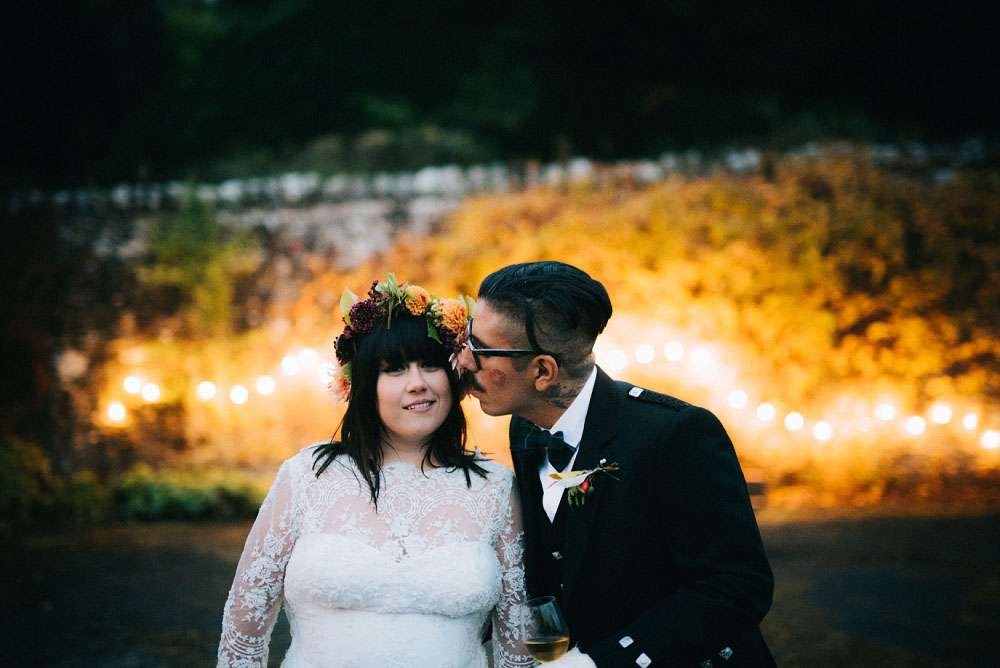 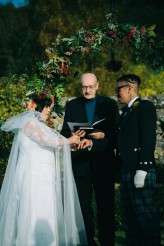 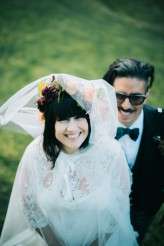 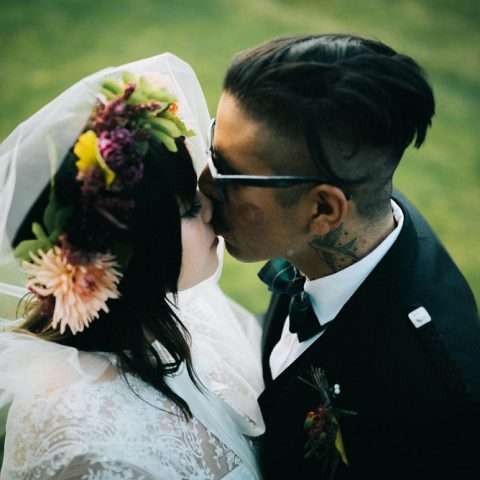 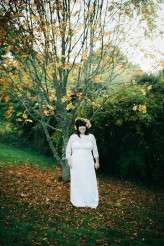 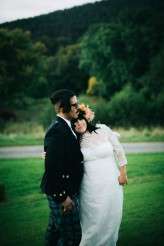 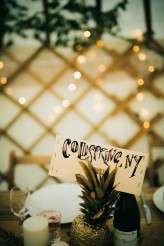 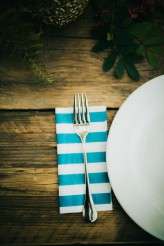