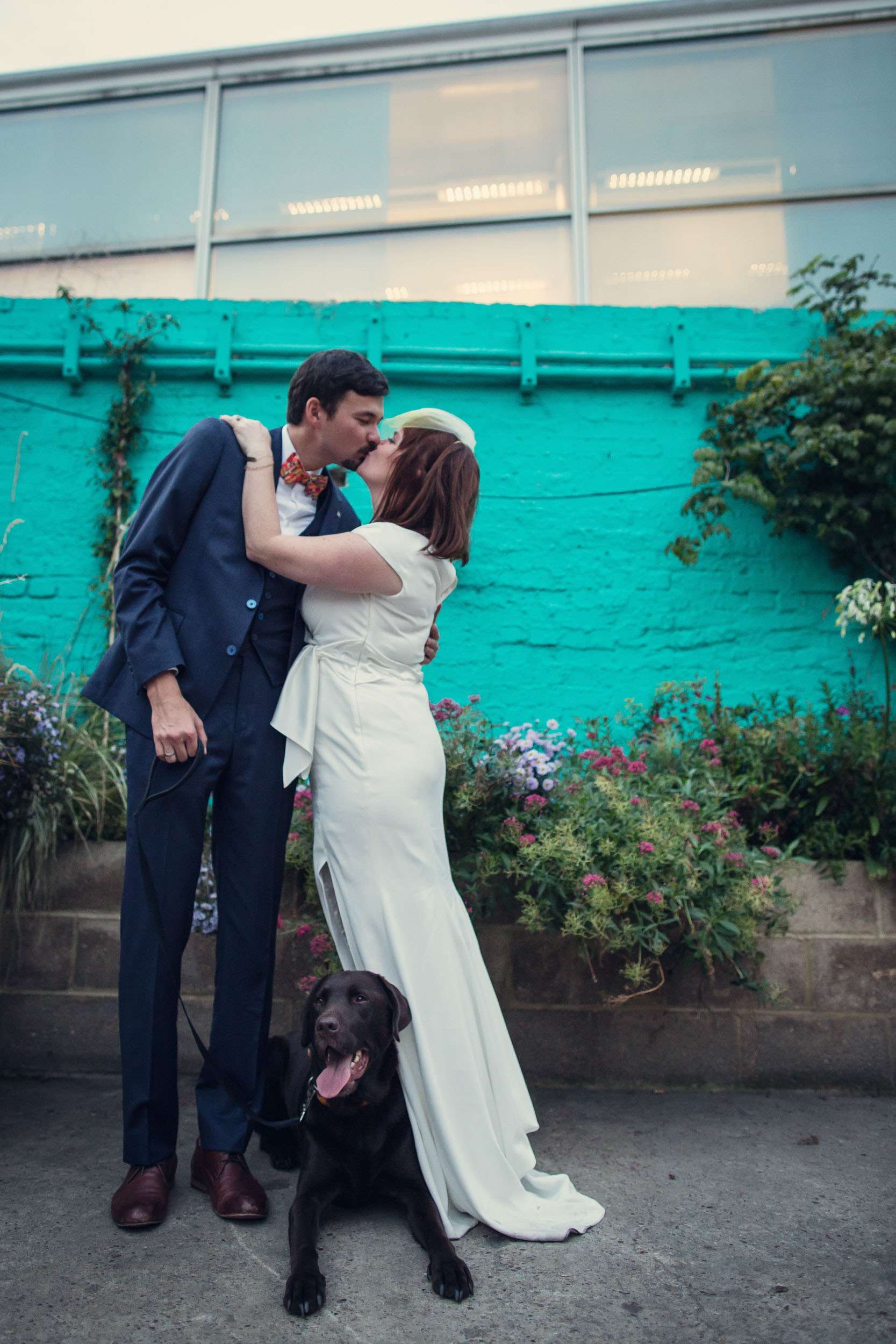 The couple met in school and finally got married 15 years later! “After a short run of just 15 years together, we decided it was finally the right time to get hitched!”, Molly laughed. “I’m so glad we waited though, despite so many years of ‘will you guys every get married?’ from friends and family! Knowing each other for so long meant we had the confidence to make the wedding perfectly, and completely ‘us’.” 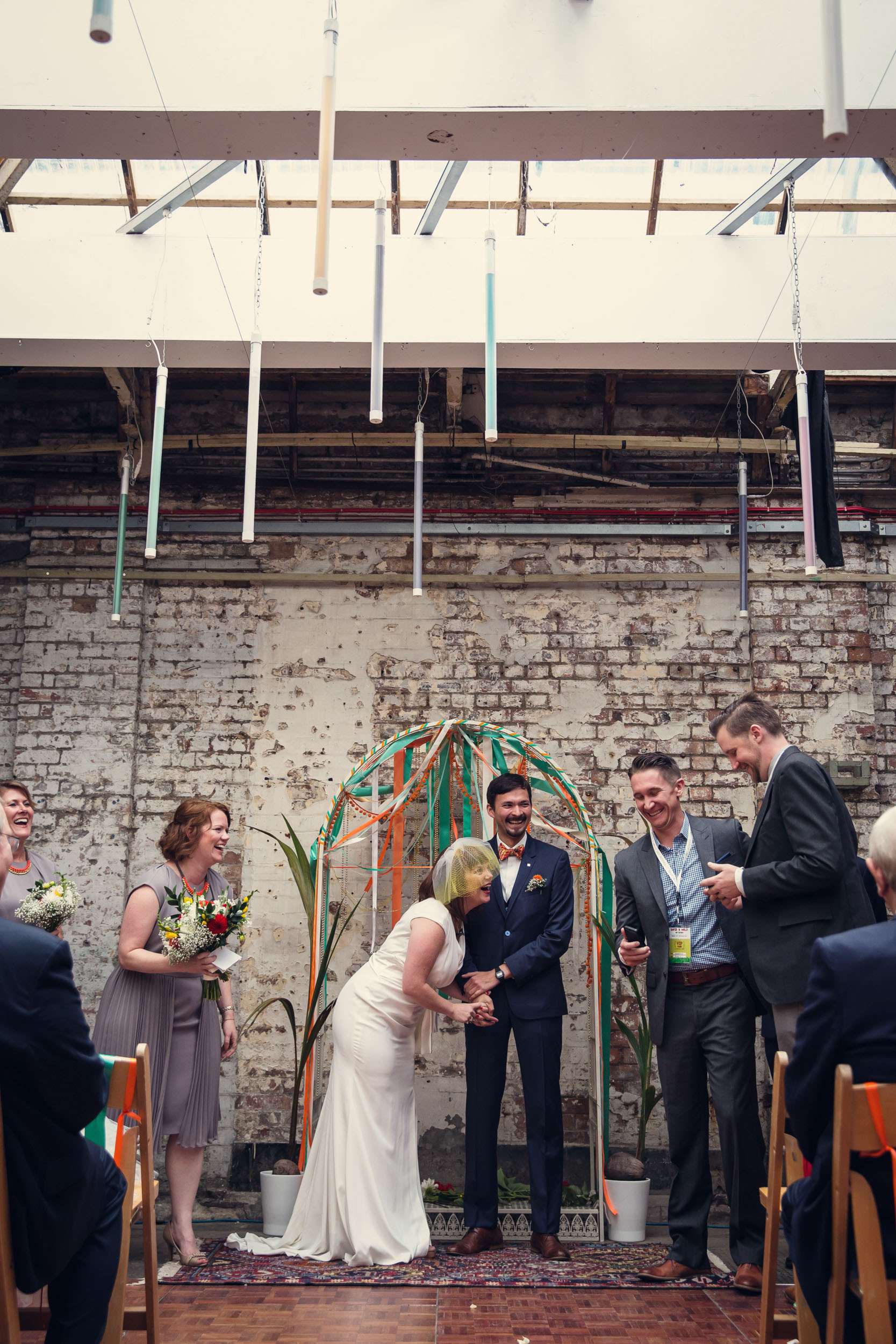 The theme of their wedding was an indoor festival and the unusual venue really helped to set the overall tone. “David and I love going to gigs and music festivals together, so what better way to celebrate our marriage than throwing our own music festival for all our loved ones!?” she continued. “We definitely didn’t want to do the field-barn-vintage-festival thing that’s been done loads and loads (super cute, but that’s just not rock enough for us) so we wanted to find a more urban vibe, a warehouse close to home to rock out in. Ideally we wanted an outdoor feel, but indoor enough to not have to think twice about weather!” 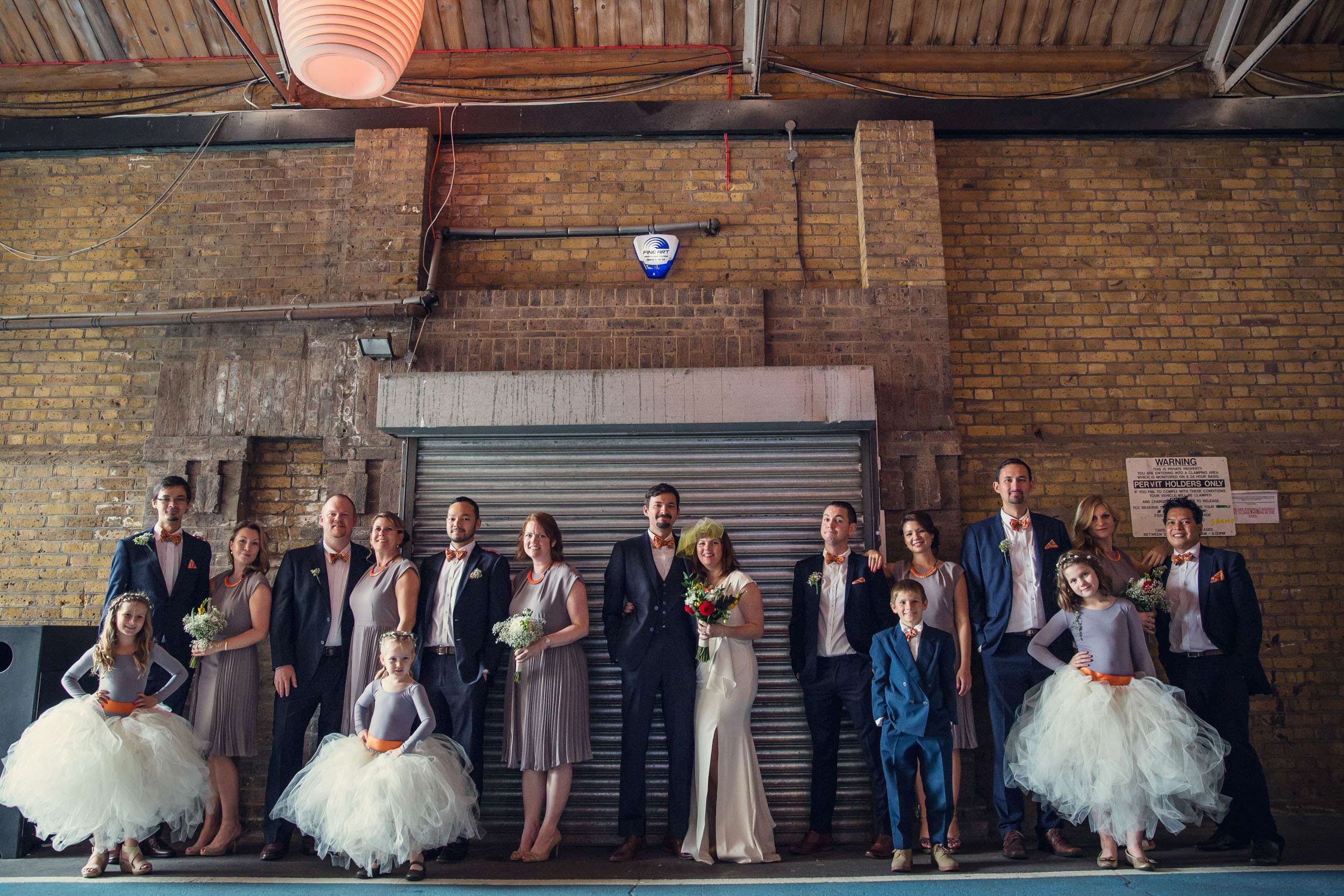 “It’s not every day that a couple gets married after this long together, so I think that made it extra sappy! I know I couldn’t stop happy-crying every few minutes for the whole dang weekend and poor Sassy (our photographer) had to keep catching my good faces in between weepfests! Being together so long meant that all our loved ones were BOTH of our loved ones so everyone in that room were literally our favourite people in our whole lives! We were honoured that 30+ people made the effort and flew in from overseas just to join us celebrate… though they’d had 15 years to save up for their tickets ha!” 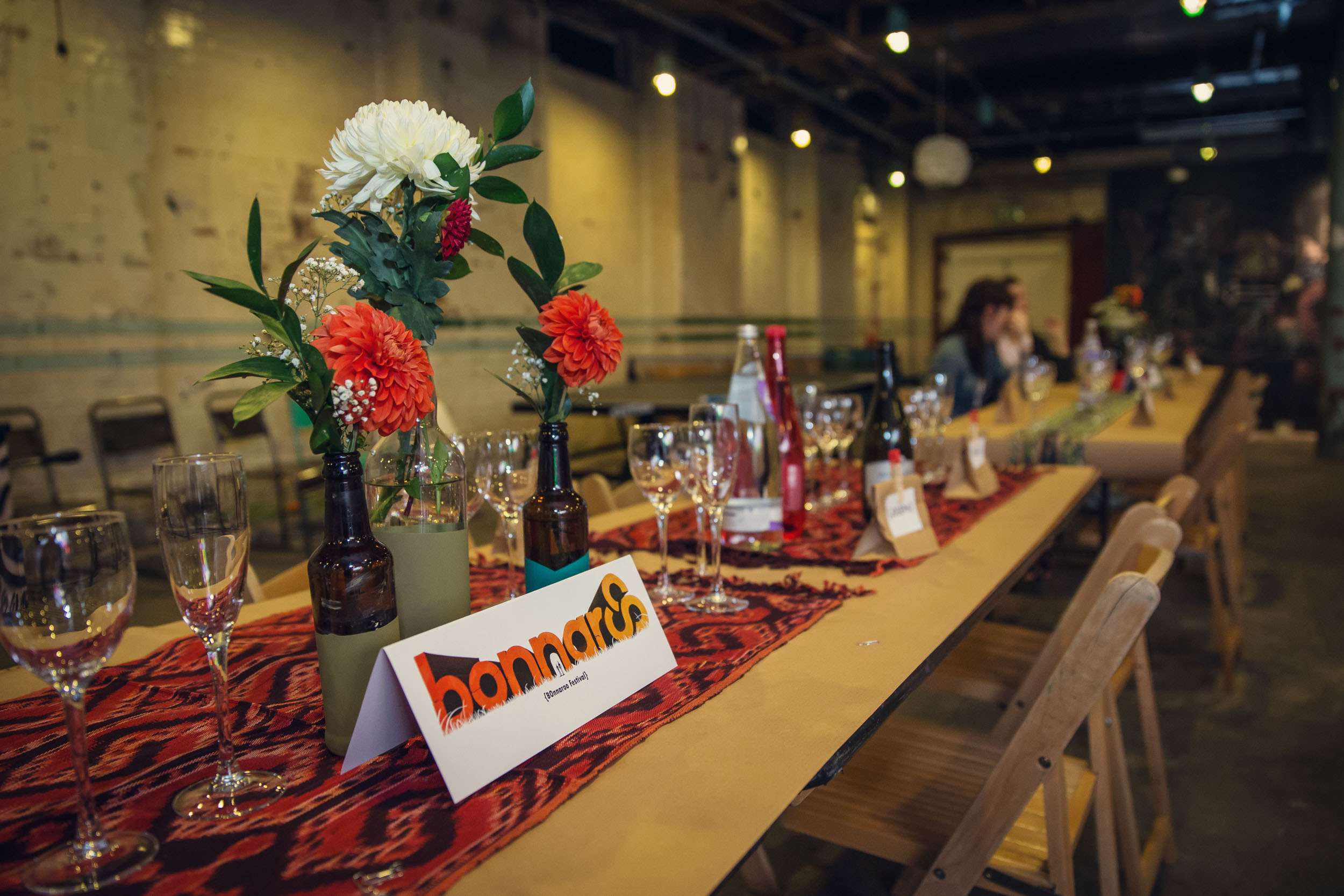 “I like to think the way we incorporated the theme into the details made the wedding uniquely ours”, she explained. “Our invitations were tickets to our festival/gig and our order of the day were lanyards, set up like a festival line-up. On them were each person’s table name too so they knew where to sit. We also had an urban face painter who rocked it. Everyone was super into it and she was amazing bringing the right level of whimsical fun (but without the cheese!).” 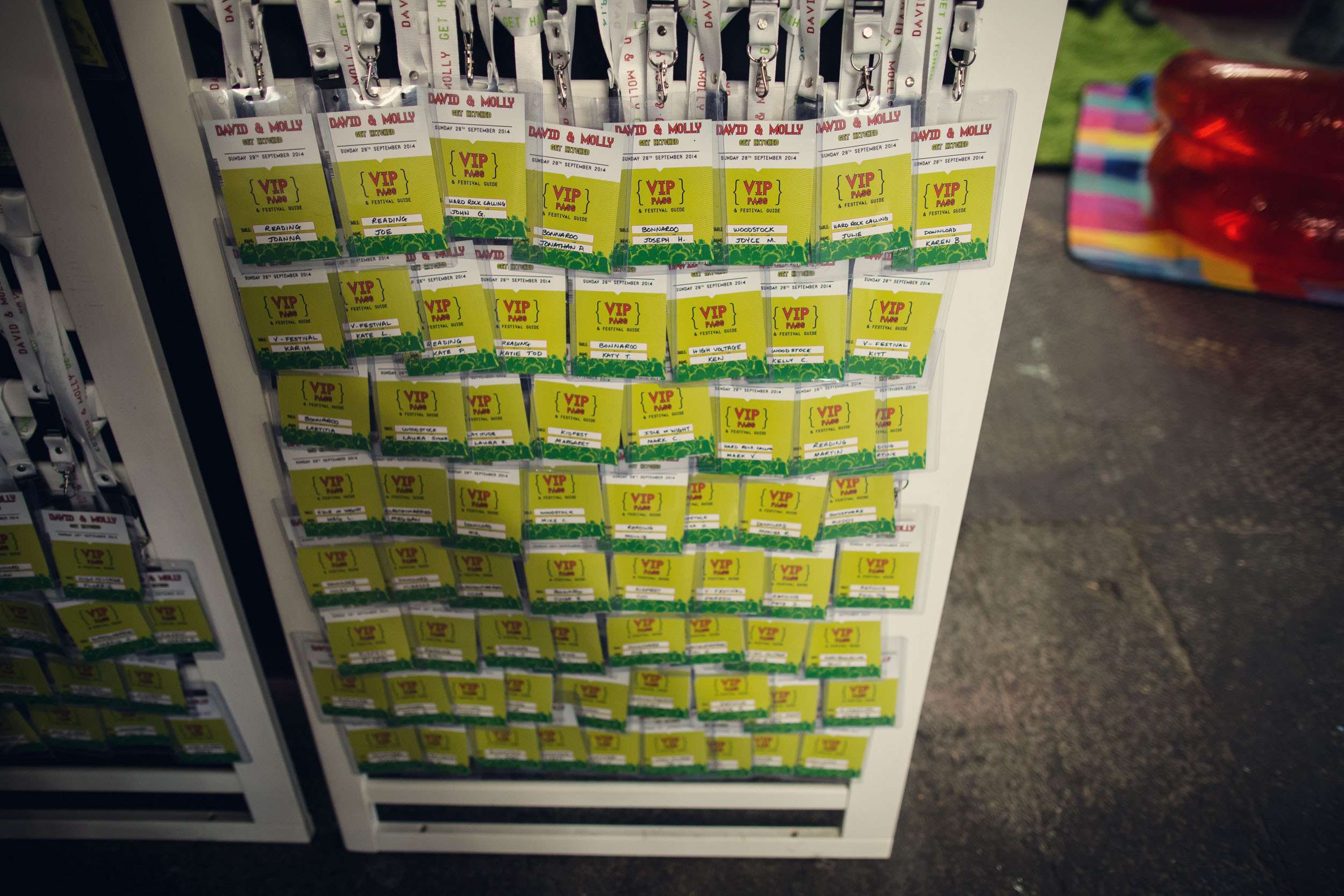 “Our first dance was Over the Hills and Far Away by Led Zeppelin and when the song rocked out everyone joined us on the dance floor. Our catering was also unique. We had street food for dinner and gourmet ice lollies (with mojito, earl grey, and even a strawberry, white chocolate and black pepper flavour to name a few!). My cousin’s girlfriend is a food critic in NYC and said it was the best wedding food she’d ever had! Our amazing cake was made by my cousin.” 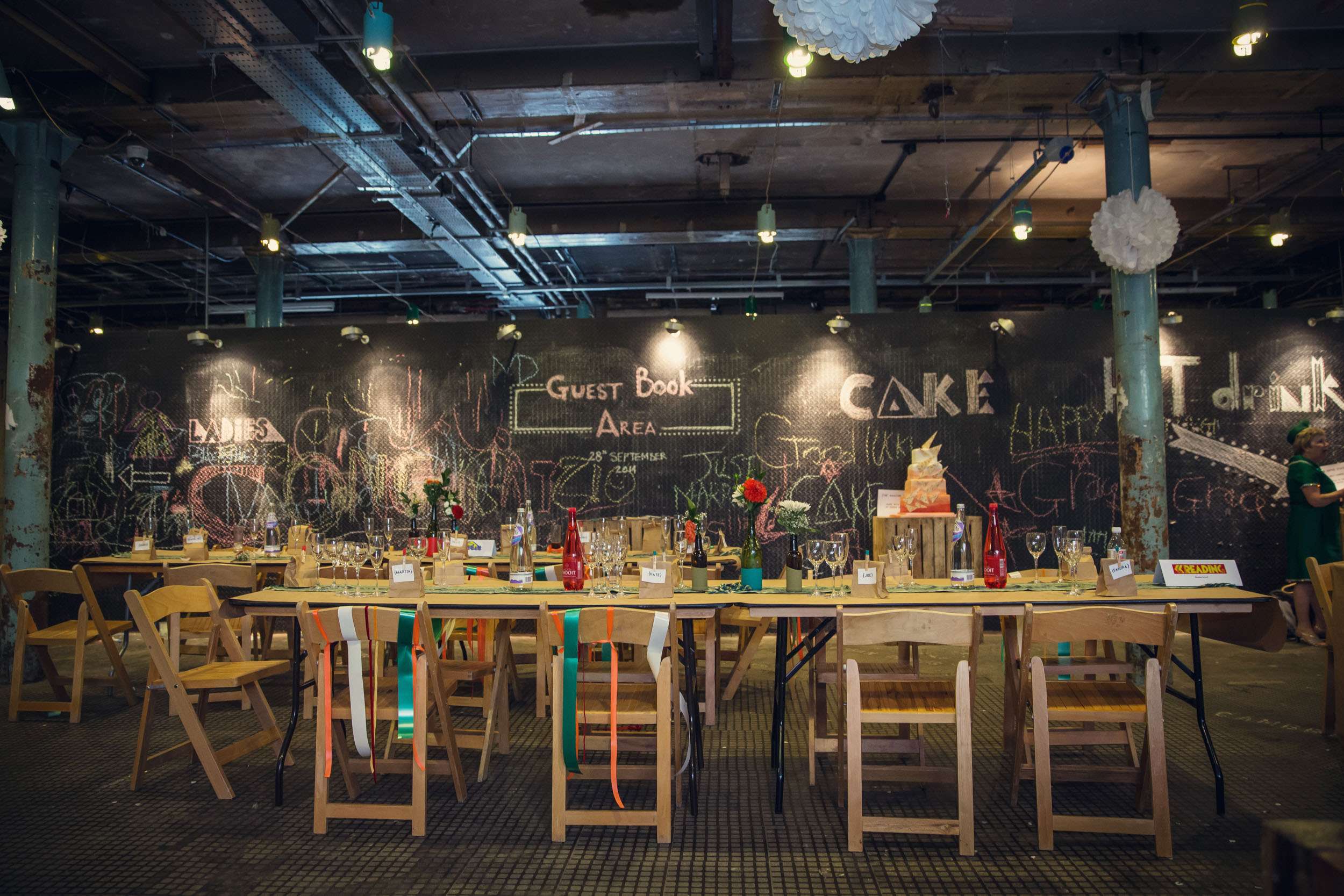 The bride wore a dress from Coast and shoes from Nine West. “I knew I wanted a pretty dress that made me feel beautiful and sexy, but simple enough to allow me to accessorise the hell out of it with statement jewellery! The simple approach paid off and I found a bargain on the Coast website. The dress ended up going on sale, and then the one they sent me had the teeniest little drop of a stain on the train (not really that visible unless searching for it – had three bridesmaids try!) so I notified them and they kindly gave me a discount because a new wedding dress SHOULD be perfect after all! All in, after some private alterations it was less than £300… a bargain considering I had budgeted double that and above all else I totally and completely loved it! I also loved that it wasn’t so painfully expensive that I had to worry about keeping it clean to resell it. A warehouse floor is not exactly the cleanest in the world so I knew my hem would end up filthy. It also it meant I had no qualms about hanging out with the longest-lasting guests while we sat in a circle on the car park laughing until dawn.” 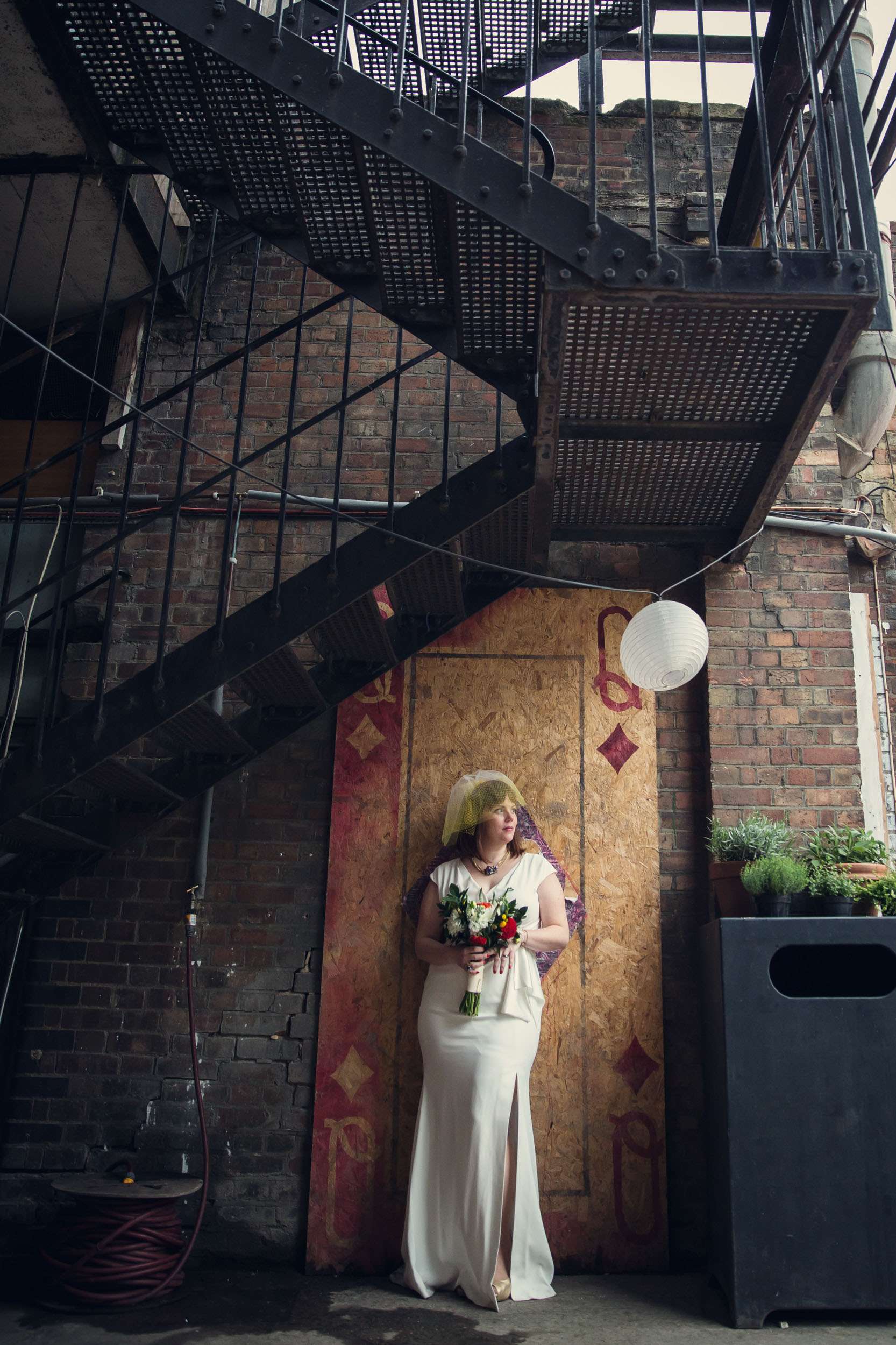 “The generosity of our loved ones was nothing short of overwhelming and no doubt saved TONS from our precious budget”, she concluded. “Our dear friend Jacquie gifted us the flowers and arranged them all herself with the help of another friend! My mum handmade all the chocolate truffles for the favours, a cousin made the unbelievable cake, graphic designer talent was donated to us, the mother-of-the-groom bought us the stunning table runners and a few other items all the way from Indonesia and our legendary bartenders WORKED FOR FREE because they were friends of a dear friend who coordinated the day for us out of the kindness of her heart!” 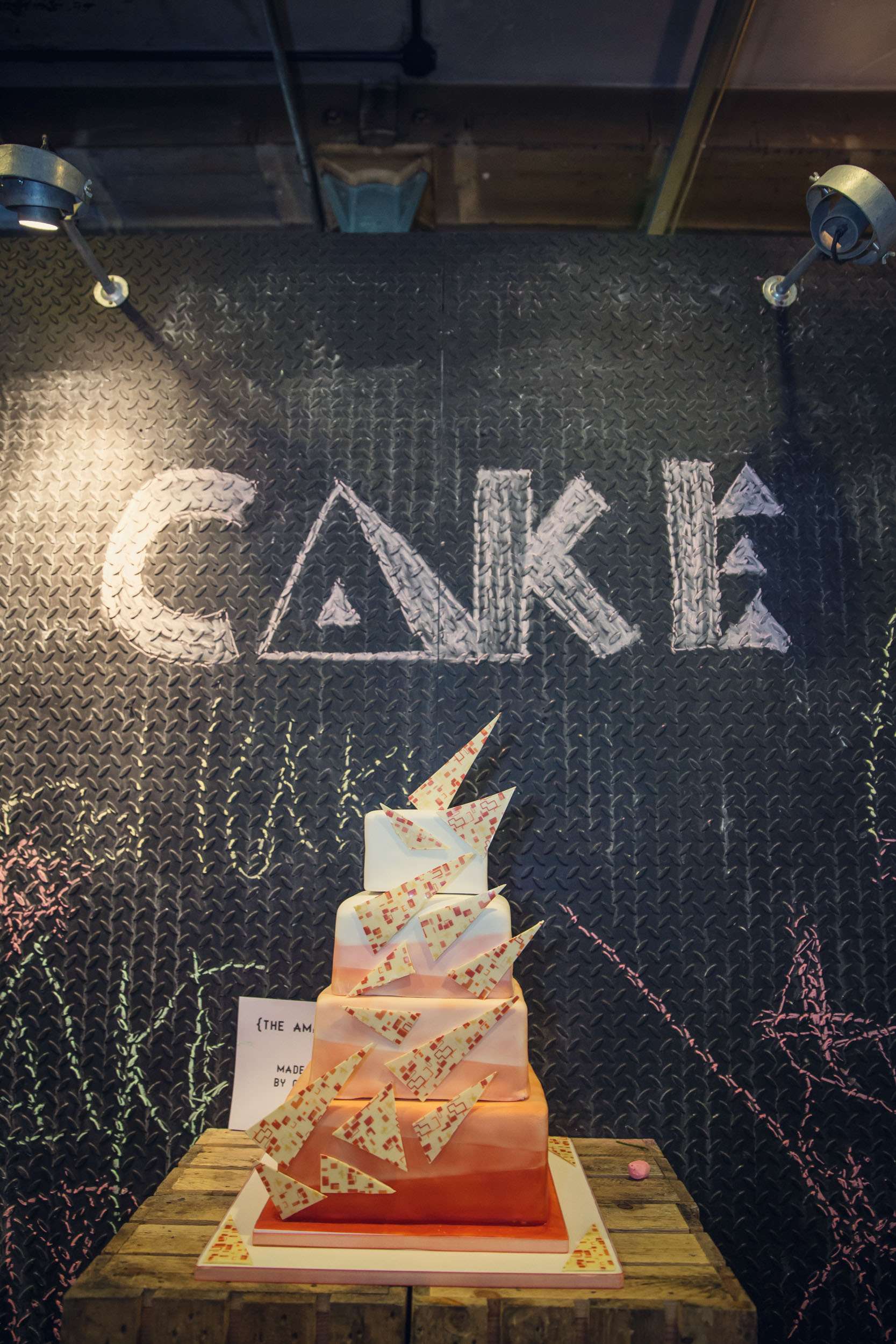 “We also saved a ton of money by getting married on a Sunday and instead of having a formal meal, we had street food and a help yourself tea and coffee station (complete with our kettle from home!). Our venue also allowed us to bring our own booze. The only thing we would change about the day would be that I’d have briefed our helpers setting up the venue a little more clearly, and more formally with some written instructions. Funnily enough they are not mind-readers (shockingly I know!). Despite me running out of time to brief them fully, they pretty much nailed it though and anything that was missed really didn’t matter to us on the day!” 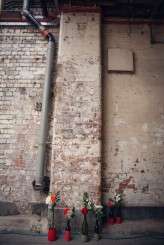 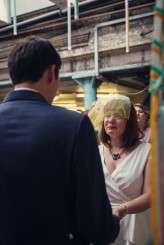 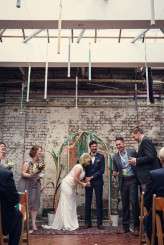 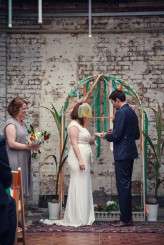 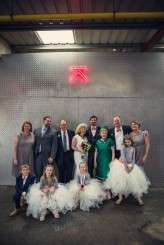 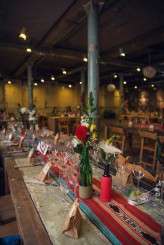 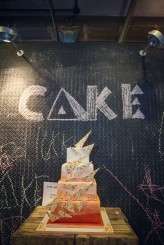 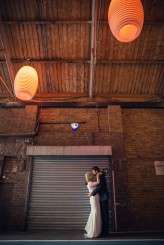 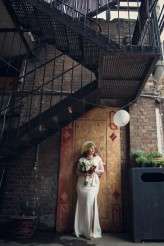 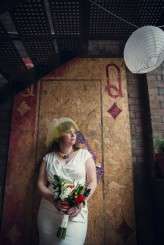 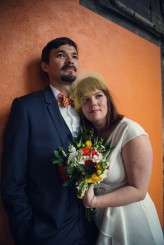 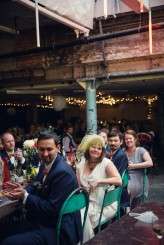 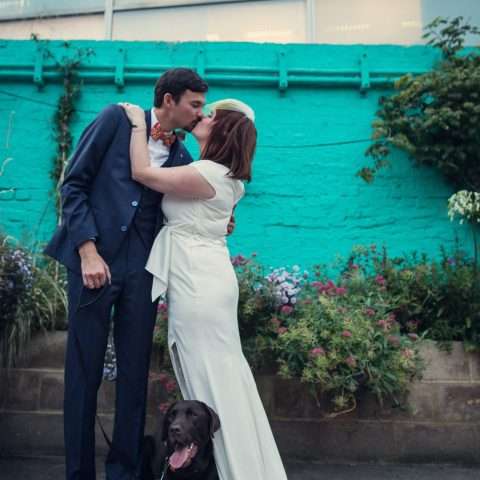 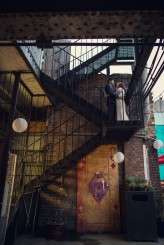