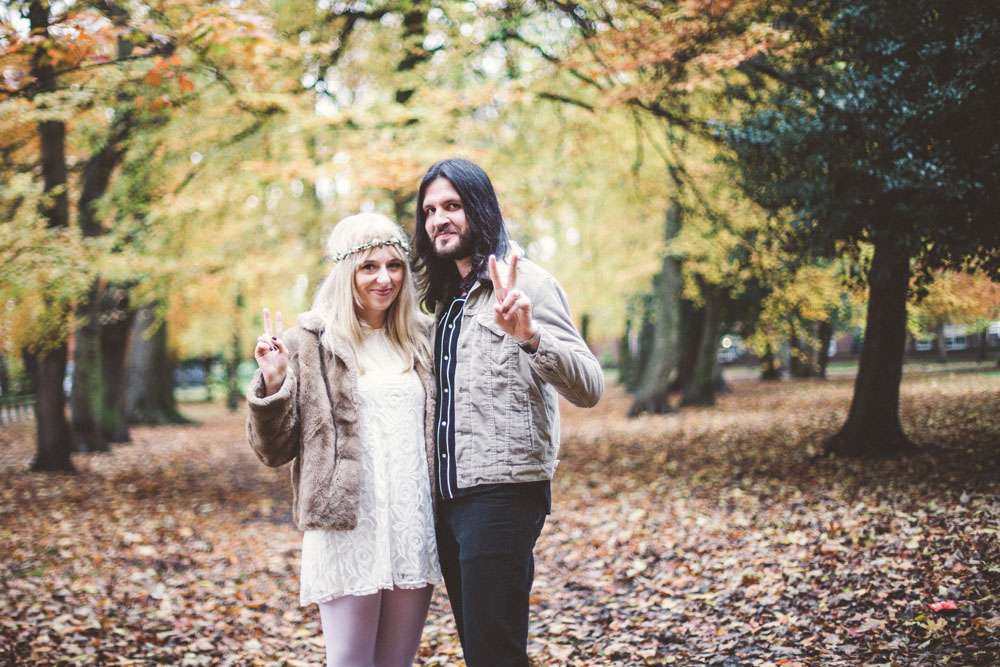 Sam and Mike got married in Vegas. They eloped and only told their parents they were doing it. Their friends had no idea, in fact they thought they’d gone to Greece on holiday! The couple didn’t have any professional pictures taken of their Vegas elopement (they just snapped a few on their phones). When they returned home, they decided that they did really want to celebrate with their families too. So they decided to have a party in Manchester, with Tandem Photo there to capture the magic.

This was a super budget-friendly wedding, with the couple spending just £2000. The bride’s dress was £28 from eBay and her headpiece was £3! They bought and arranged their own flowers, designed their own invites and decorated the space with help from their army of besties. 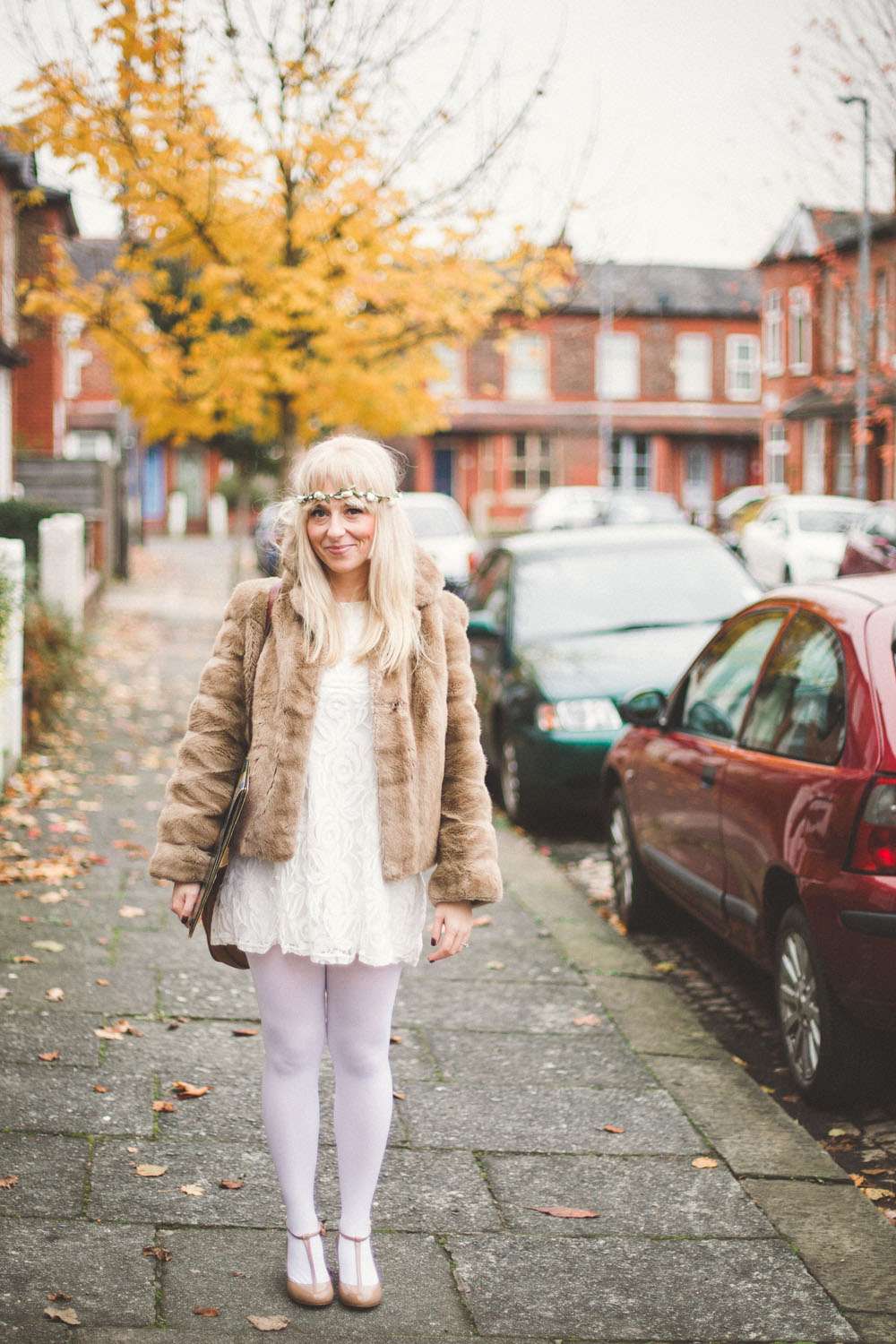 “The inspiration for our Manchester party was retro vinyl, the sixties and the seventies and festivals,” said Sam. “Our invite was a rip off of the original Woodstock poster. Mike is really into 70s rock, prog and southern rock and I’m a bit more mod and psychedelic 60s. I guess the theme was ourselves with a nod to Vegas.”

“We didn’t want the day to be too formal”, she continued. “We didn’t want to be taken too seriously or too stylised. Hence the ‘bad album cover’ theme for the tables with vintage teapots and glass jars. The decoration was all done by us and friends. We had fairy lights, pendant lights and bunting from eBay and lanterns from Ikea. The table markers (vintage vinyl) were from our own record collection as well as some from my bridesmaid Dani who has the best collection of horrendous album covers known to man.” 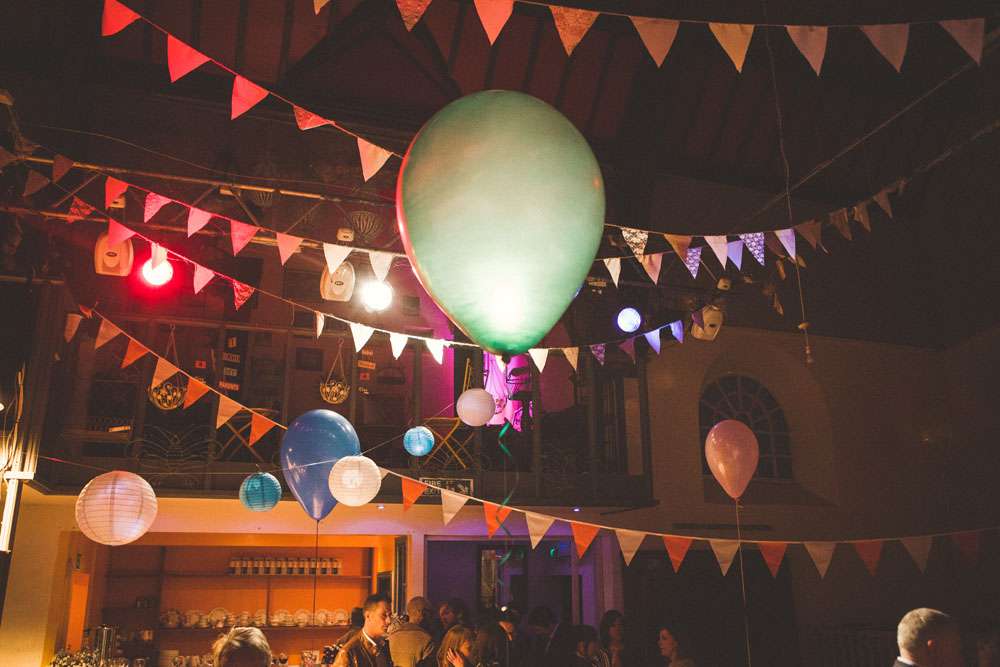 “We also didn’t want to spend a ton of money. My dad said the theme was ‘economical’ but we were in the process of buying a house and couldn’t afford a lavish wedding. Although our parents wanted to help us out, we didn’t want them to blow their pensions on us. We have nothing against grandiose weddings but we didn’t feel it reflected us. We wanted it to be less about showing off and more about having a piss up with our friends and family.” 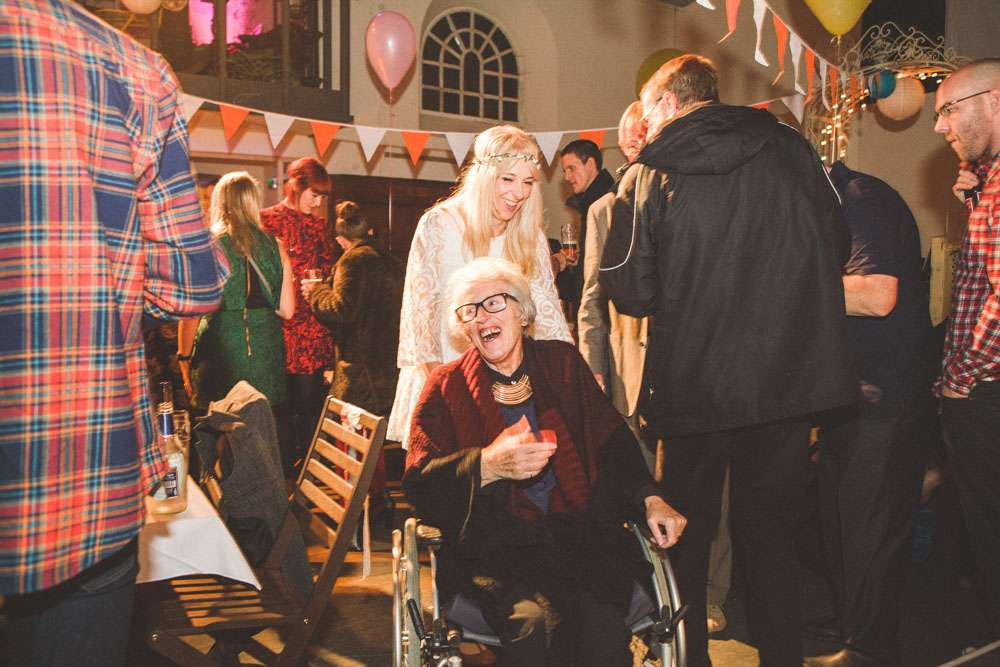 “Our biggest expenses were the venue, the food and the wine”, she said. “Unfortunately we got kind of ripped off by the shady owner who subsequently went bust not long after. It was such a shame because it’s such a beautiful venue. That was difficult and upsetting because we didn’t have much money and we felt let down but in the end it wasn’t important because our friends and family made it ace. They also drank the bar out of beer completely.” 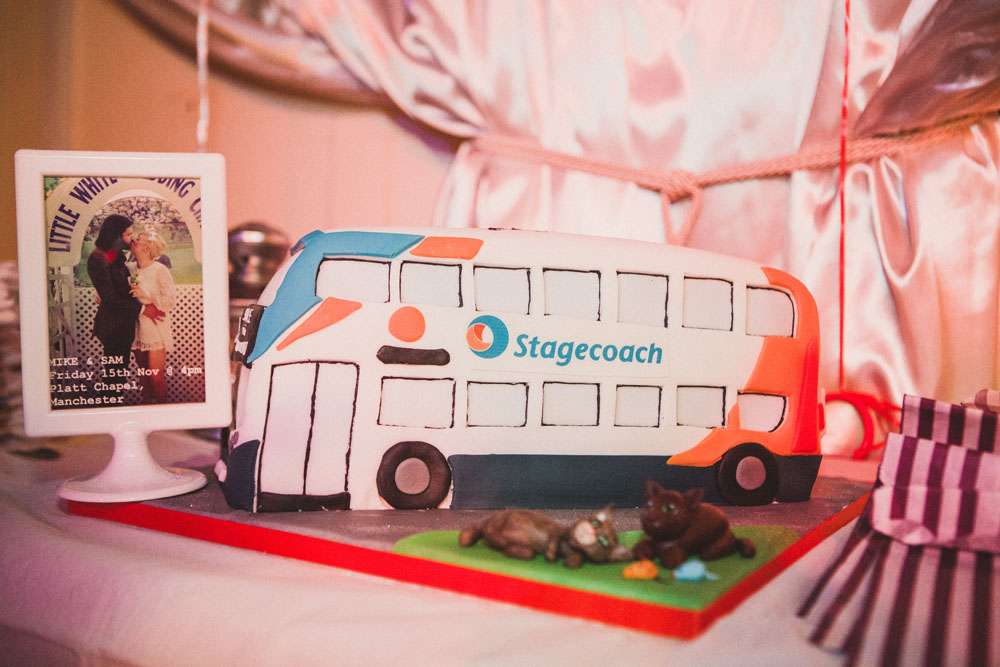 “However we were really lucky with our photos. Getting good pictures was a worry for us because we just couldn’t keep the wedding to budget and get a good photographer. But we managed to win our photography and that literally made our year! Not just because of the money but because we are so happy with how they turned out. It was so important to capture it because my Mum was ill. Tandem didn’t just take photos; they were really helpful and kind. They organised us when we couldn’t do it for ourselves and even drove us to the venue. They learnt all our family members names and they felt like friends at the end of the day. We are so grateful to them for all they did that day.” 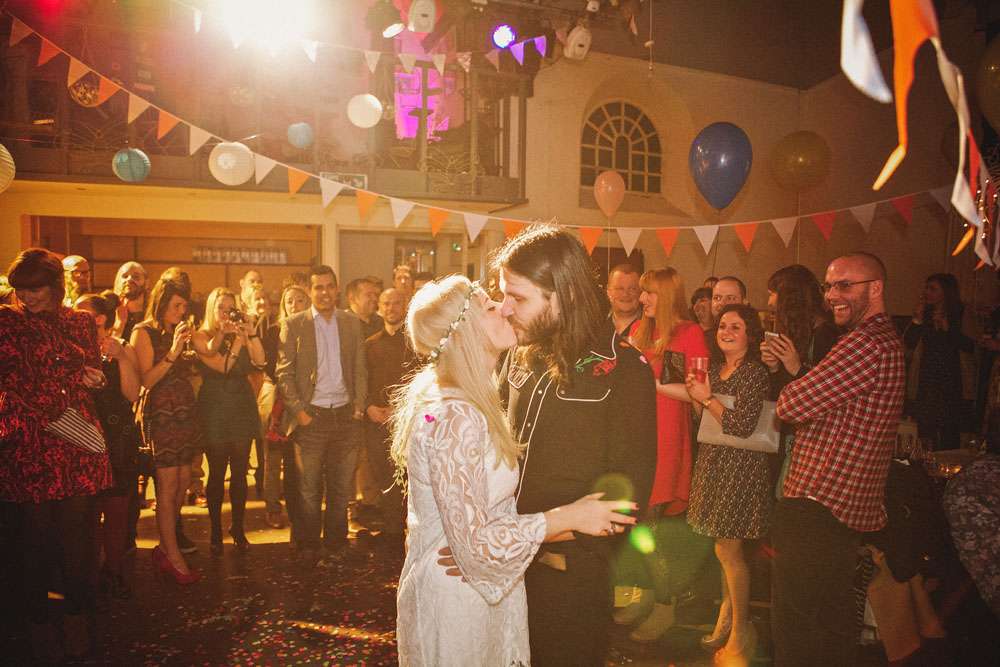 “The only thing I regret about the day was that I wish we’d done it sooner so my Mum could have been in better health and enjoyed it more. I was so glad we did it when we did though because had it been just a week later, my Mum would have been too ill to be there at all. She passed away 3 weeks after the wedding.”

“Make your wedding about you, not a fake version of yourself”, Sam concluded. “Money isn’t important, spending lots of it isn’t necessary and don’t let anyone tell you that you must do anything because it’s ‘traditional’.” 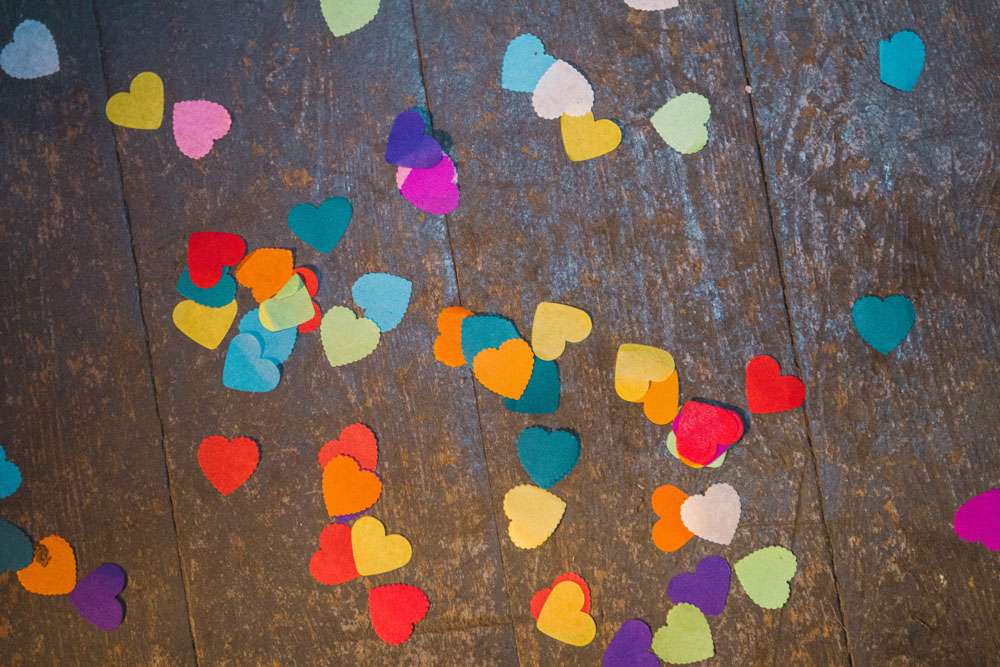 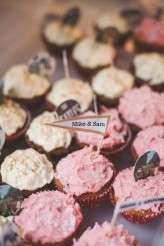 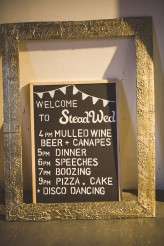 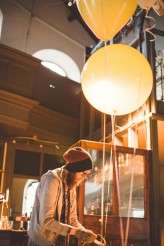 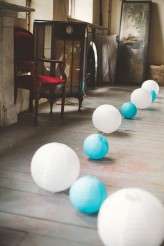 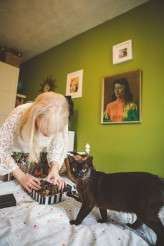 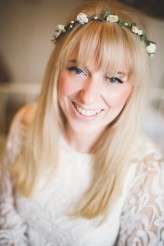 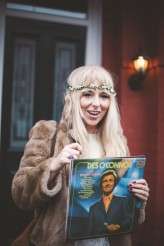 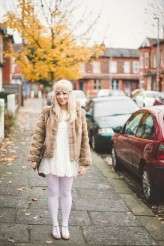 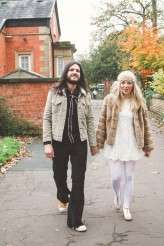 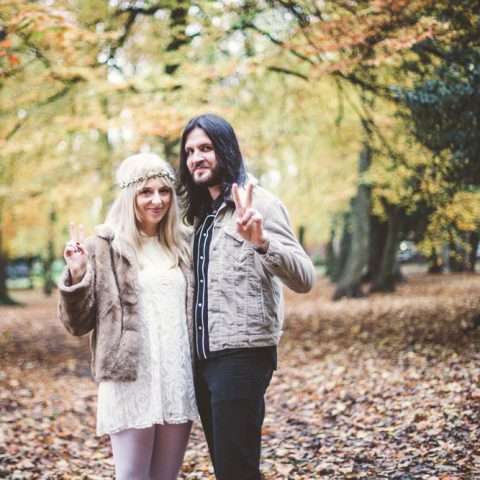 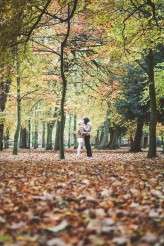 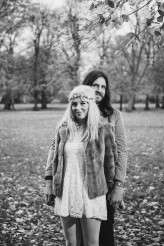 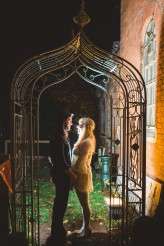 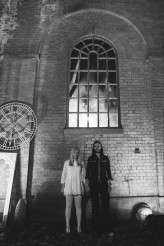 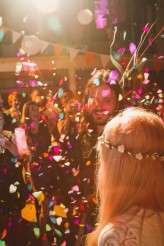 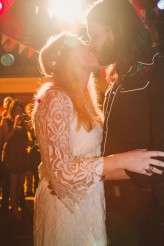 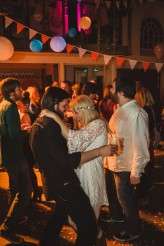