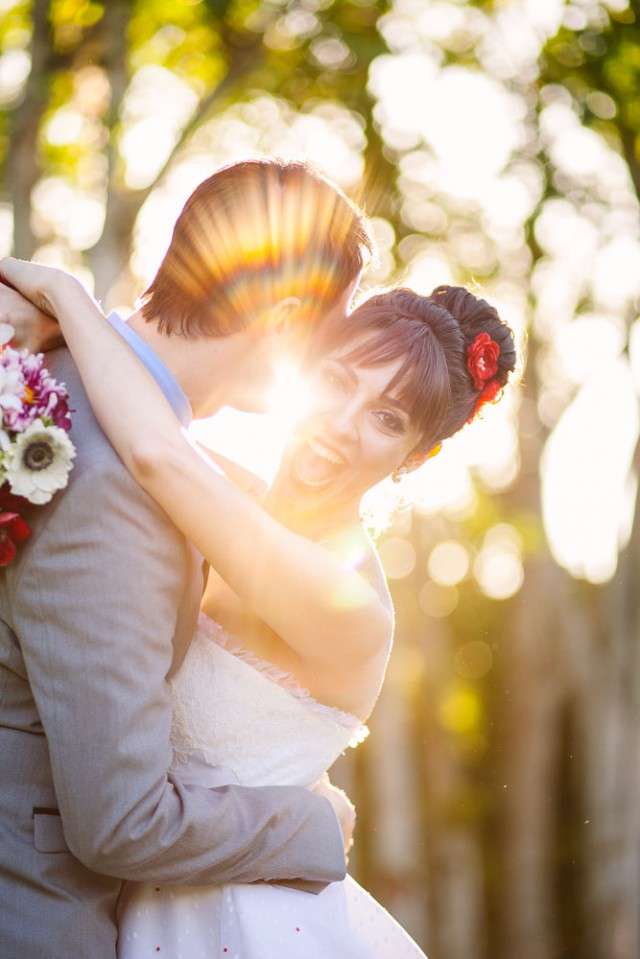 Julia and Rogerio met on a plane. They were both going to a music festival in São Paulo. After chatting for the whole flight, they had a second chance meeting the the middle of 20,000 others at the festival itself. Then they were sat besides each other on the flight home. I guess you could say it was fate! As they met in their air, they wanted this to be reflected in their wedding, three years later. 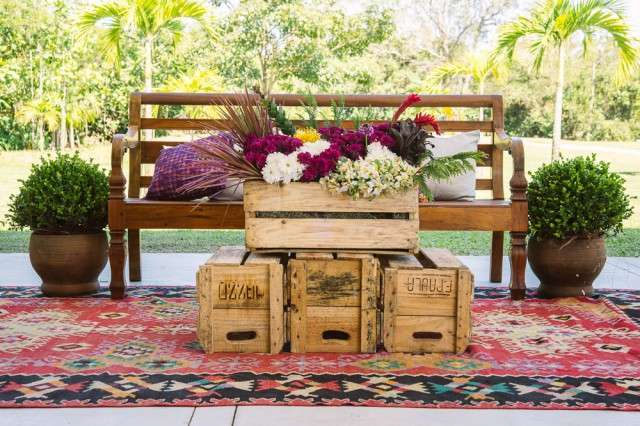 “We wanted our wedding to celebrate our love and history”, said Julia. “We combined where we meet each other, where we fell in love and where we got married into our theme. We had a balloon flight between the mountains and the blue sky with our friends and family. ‘Love in the clouds’ was the inspiration.” 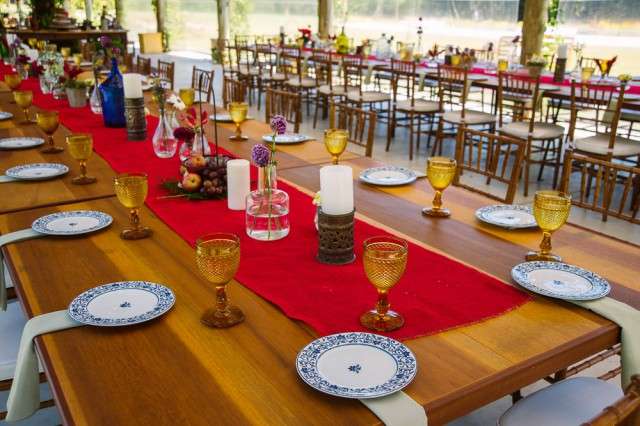 It was important to Julia and Rogerio that their families be involved with their wedding so they had their grandmothers perform the ceremony, their godparents chose the music. “Our ceremony was blessed by both our grandmothers”, she continued. “We made this choice as we wanted our families involved. We gave them both an idea of what we wanted the ceremony to be about and they wrote it themselves. One grandmother devoted the ceremony to St. Anthony, the matchmaker, and another detail was taken from a Celtic ceremony where the four elements of nature were presented signifying air, water, earth and fire.” 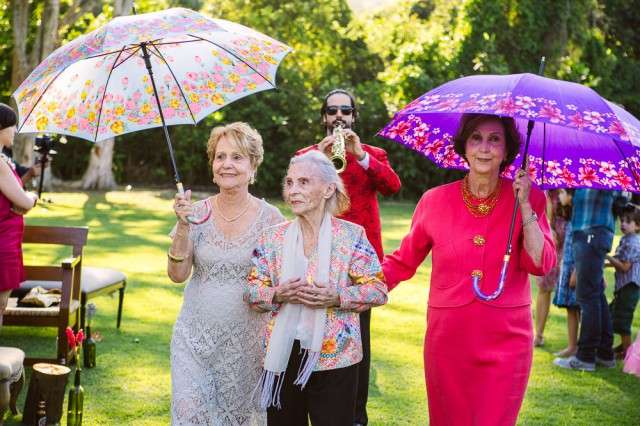 “Our biggest expenses were food and drink”, she continued. “We thought that those were the two most important things! It would be horrible to go to a party with bad food or, still worse, leave hungry so we chose to spend more on quality drinks, special beers and a very nice champagne. However we saved on flowers. They can get very expensive so we chose our venue based on the fact that it already was in nature and was very green. I ordered some small arrangements but most of the flowers were already there.” 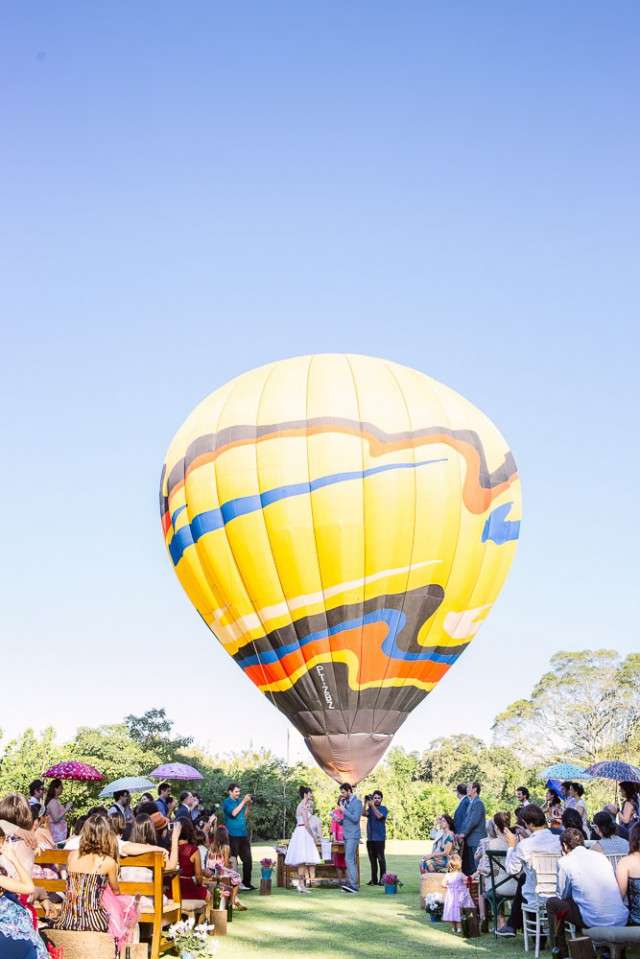 “I would tell other couples to enjoy the planning of their wedding”, Julia concluded. “Do everything in the way you always wanted and believe in your choices. Also the day seems to fly by so enjoy every second! Love is the most important thing so even if things get a little crazy, remember that!” 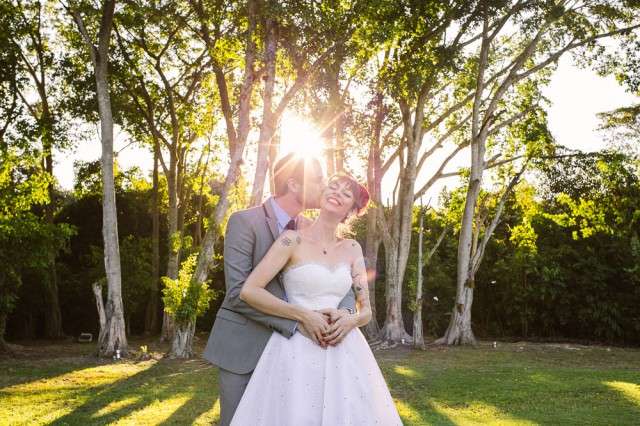 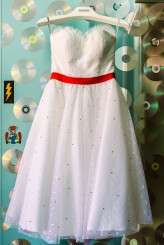 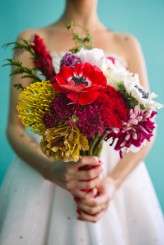 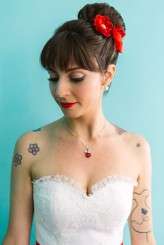 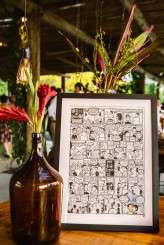 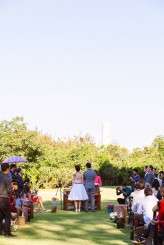 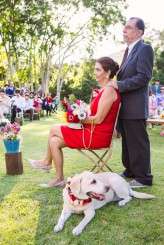 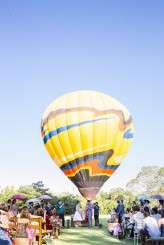