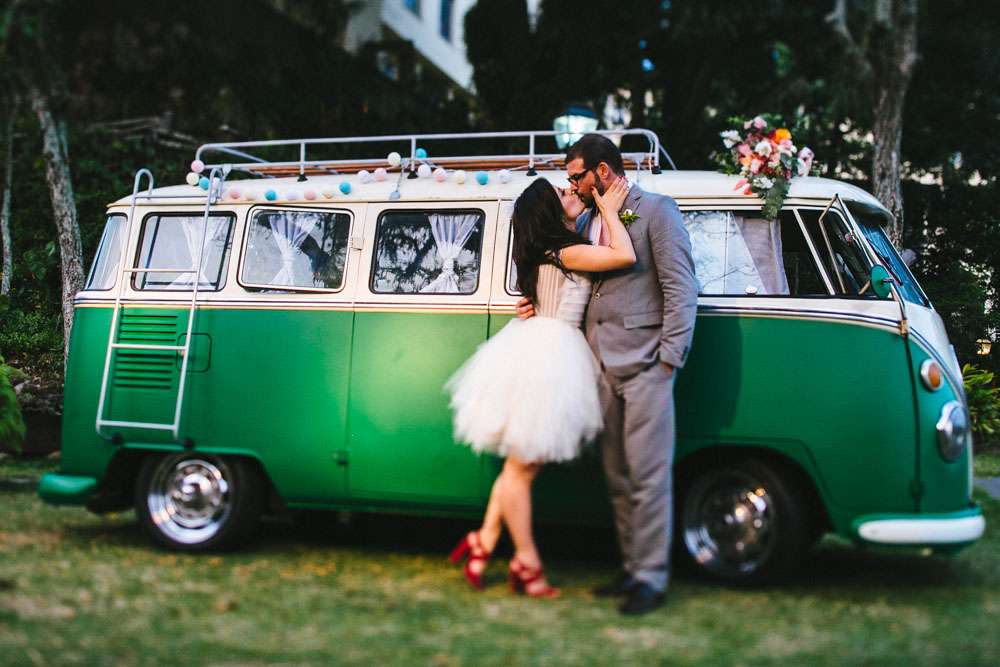 Luana & Aruanã met at work and were engaged within three months! They were married at Recanto do Barão, in Brazil. “We were going for an alternative shabby chic wedding”, said the bride. “We wanted to have a wedding that looked personal and had a lot of our lives and personality in it. We also wanted it to have a backyard feel.” 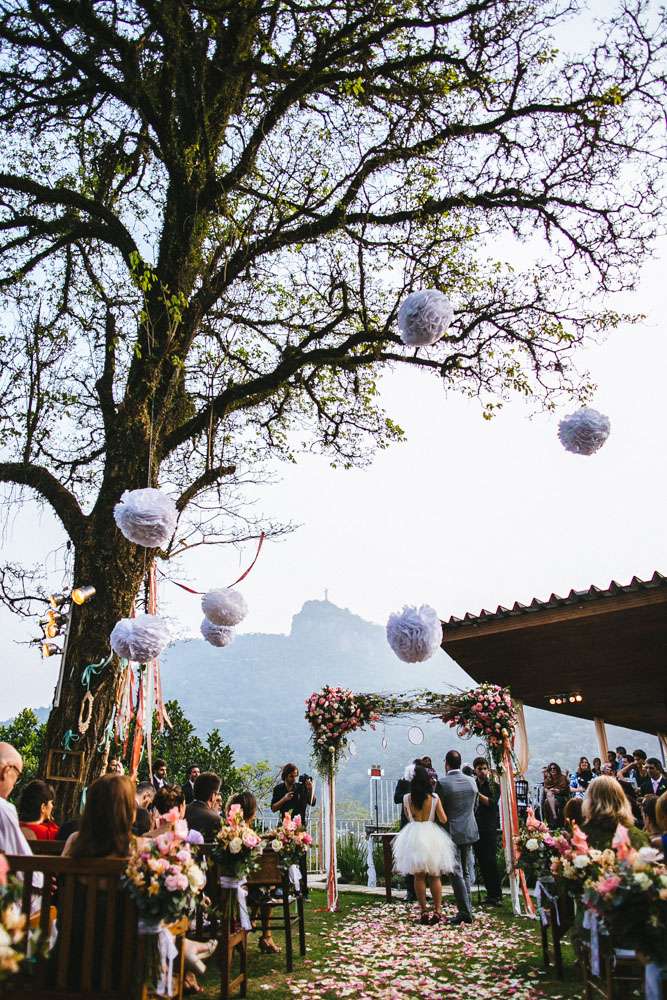 “We both got involved in the DIY”, she continued. “All the decorations and the art elements were very important to us. Many personal objects were added into the decorations and Aruanã made the brownies that we served on the reception! We painted 150 gold bottles for the flowers, did ceremony bells, pom poms, finished the invitations with sealing wax and tags, and painted golden frames to hang on the tree. My mom sewed many felt hearts and she also did crochet towels for the tables.” 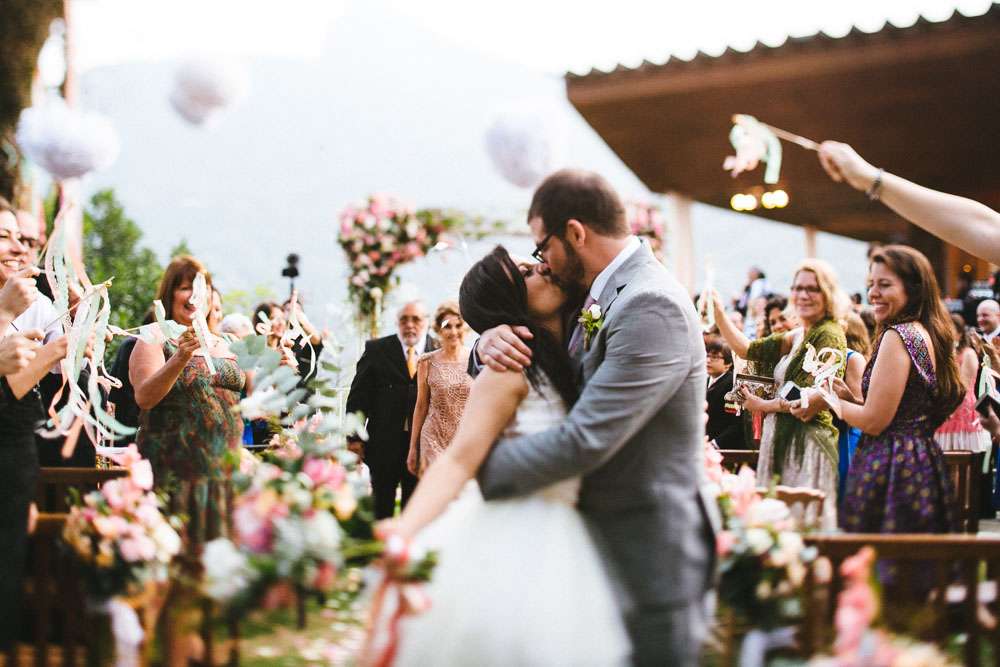 “Both of our favourite part of the day was the vows”, she concluded. “It was a lot of joy and emotion.” 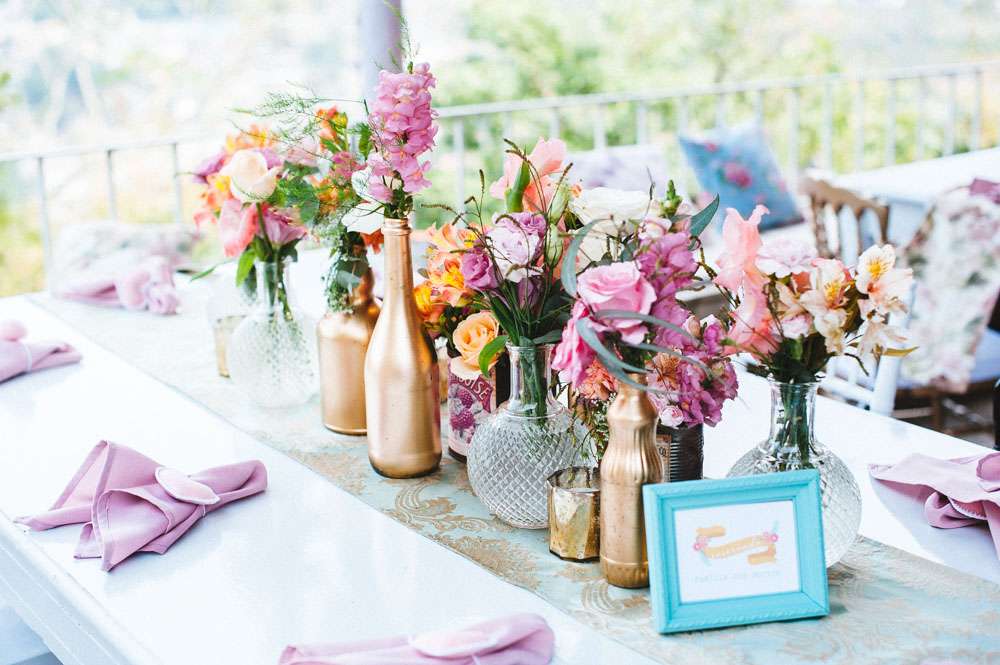 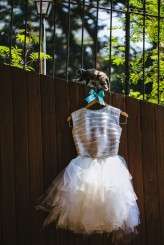 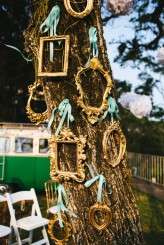 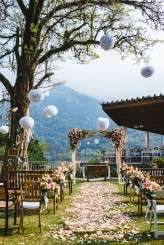 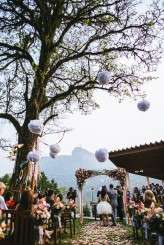 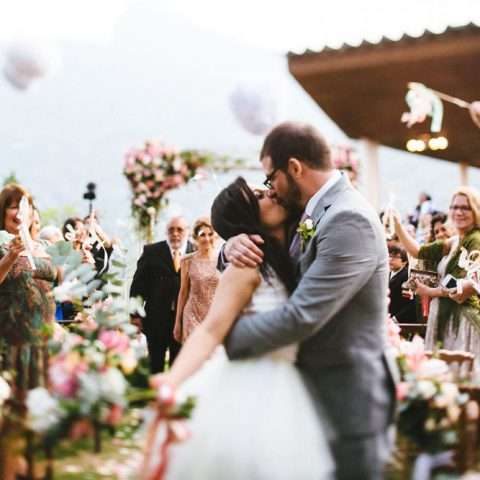 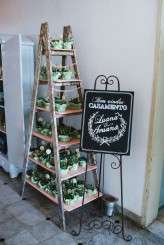 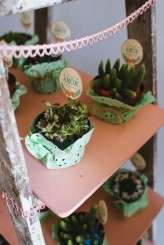 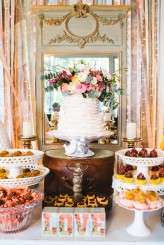 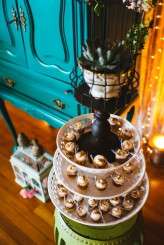 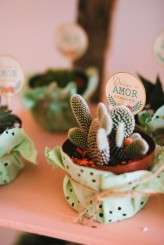