Lindsay and Steve originally planned to elope in Las Vegas, but when the bride fell pregnant those plans had to change! “We had booked our wedding ceremony and flights to Vegas to get married in October 2014, followed by a UK Day of the Dead themed reception a week later”, Lindsay began. “A week after we did this, I found out I was pregnant! Cue cancelling of the Vegas plans and, shotgun wedding in London, and the nicknaming of bump as B.V (Baby Vegas)! We brought our plans forwards to August and, fortunately, all of our other suppliers were super accommodating and we were able to move all our UK plans forward without a hitch.” 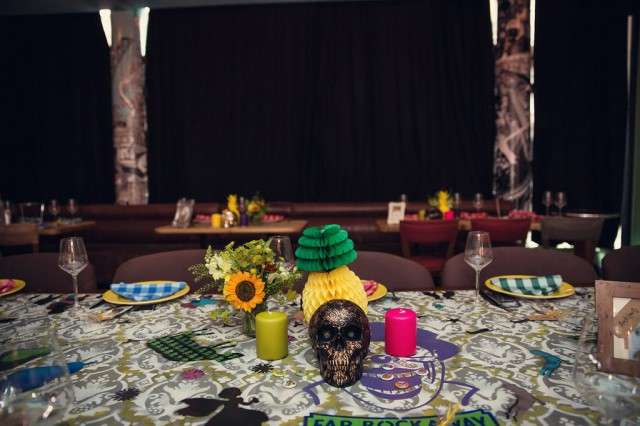 The reception was held at Far Rockaway in Shoreditch and they were the first wedding they’ve ever held there. Judging by these awesome photos I don’t think it will be the last though! (Oh and by the way the very awesome Eclectic Wedding Extravaganza wedding show is being held there March 1st!)

“Our original Vegas wedding was to be followed by a month’s honeymoon in Mexico for the Day of the Dead festival”, the bride continued. “Sadly, this also had to be cancelled. However we continued with our Day of the Dead themed reception as a nod to our original plans.” 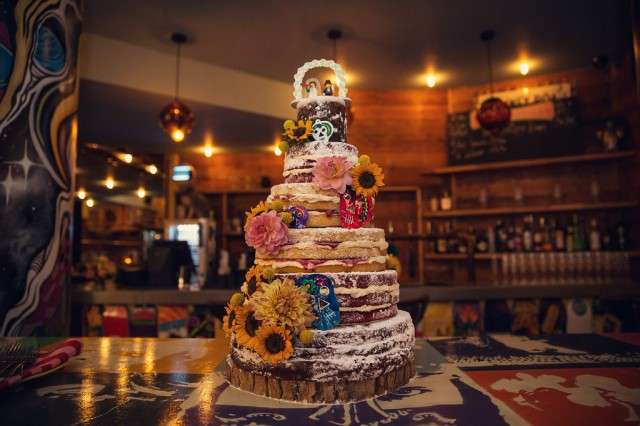 In terms of décor, the couple only had to provide a few table decorations, as the venue was so well decked out and themed already. “We had money box skulls, wooden pineapples and candles which we sourced ourselves. The lanterns were all up-cycled by the father of the bride. Our favours were handmade using playing cards from actual casinos in Las Vegas which we bought on a previous trip. We tied them together with Jasmine Pearl Tea from T2 Tea shop. The tables were named after places in the world we have travelled together, and the table names themselves were handmade from postcards we have collected.” 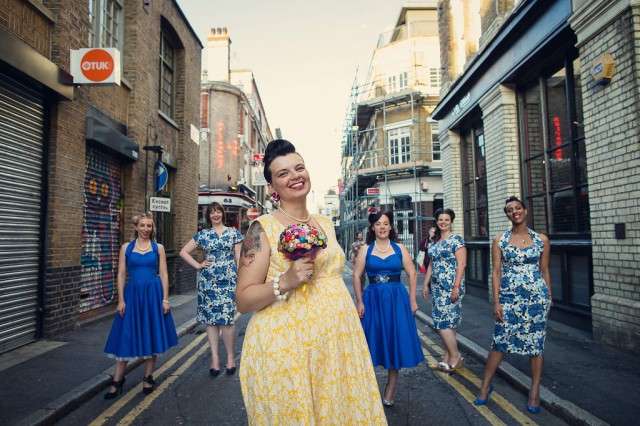 “Far Rockaway’s own amazing kitchen team created American style canapés served on skateboards”, she concluded. “We shared rotisserie chicken, BBQ ribs and pulled beef, and an evening buffet of Mexican food. Drinks on arrival were Camden beer and Pimms and lemonade. Our arrival drinks for the evening reception guests were Piston head beer and tequila shots!” 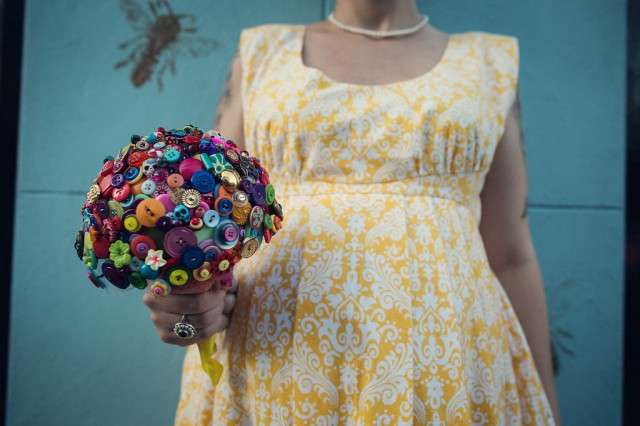 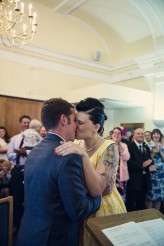 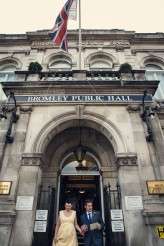 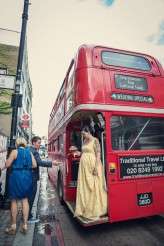 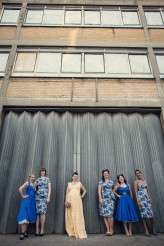 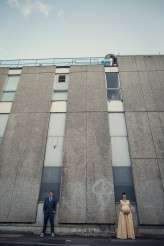 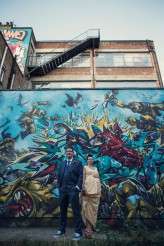 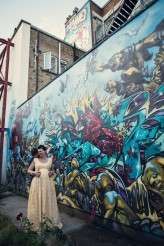