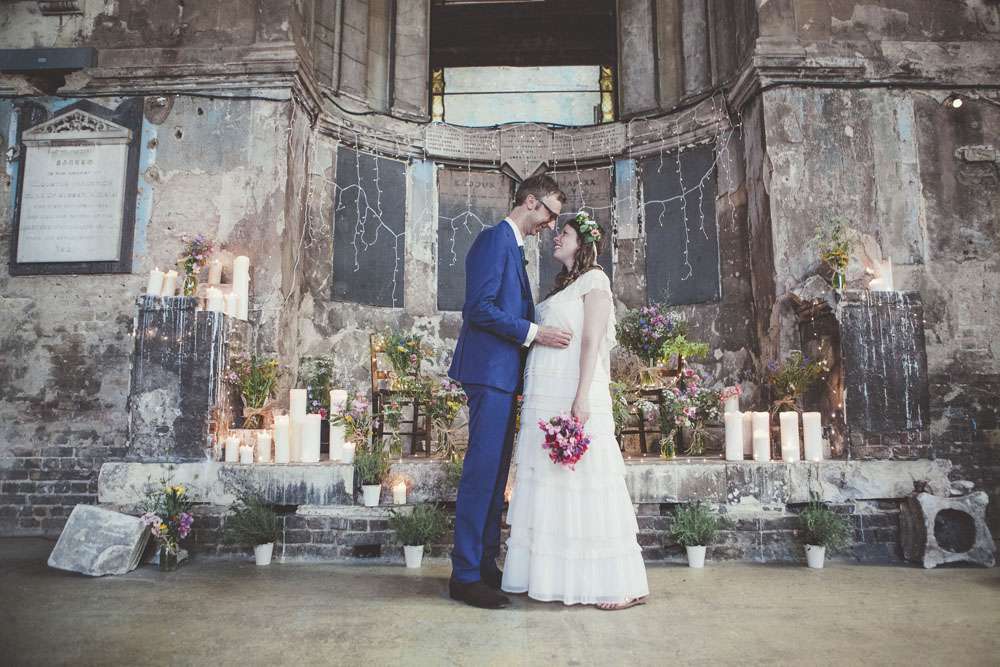 Alex and Alana were married at Asylum Chapel in Peckham, London. I’ve featured weddings in this amazing space before, but it’s hard to me to resist it’s charms! After their ceremony and main reception at the chapel, they invited their guests to East Dulwich Tavern for a low-key after party.

“The inspiration for the wedding was our venue”, began the bride. “We visited a few other places in south east London the same day, but we wanted this one as soon as we saw it. The history and rawness of the space was inspiring, and we liked the fact that the artists who run the space use the weddings to fund community art exhibitions.” 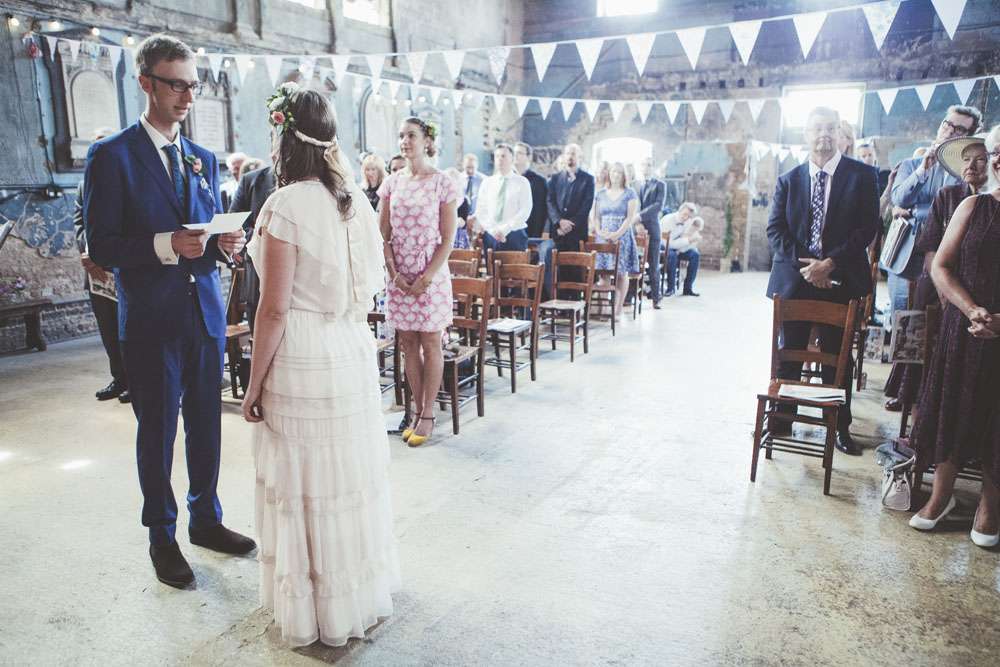 Six-month pregnant Alana wore a beautiful Alice Temperley gown with a homemade flower crown. All the flowers in the wedding were grown by the bride and the groom’s mother and stepfather, which not only saved money but made them extra special. 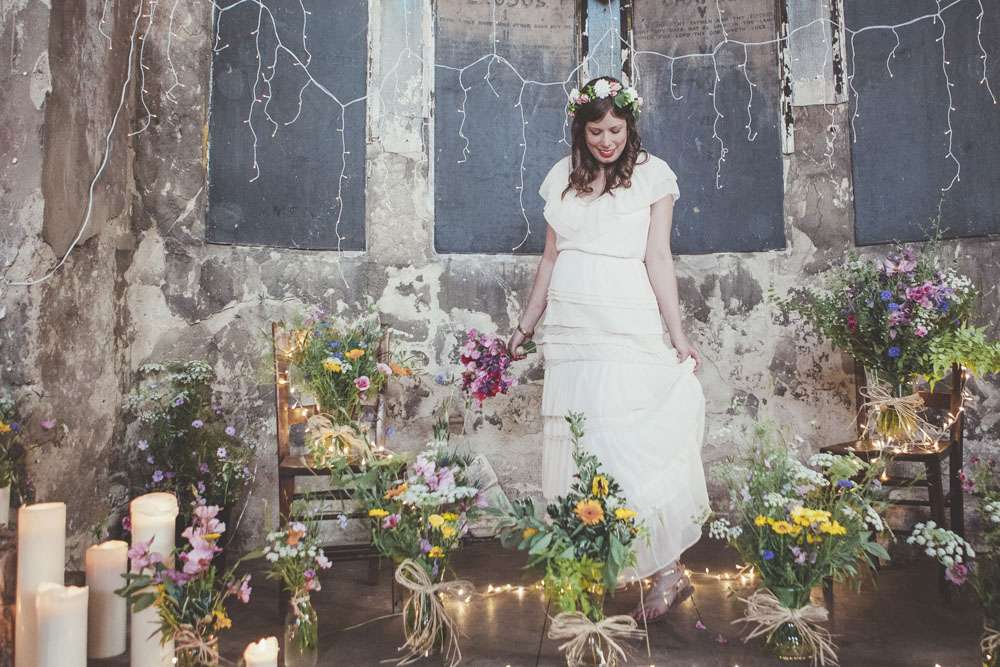 “We did all the flowers ourselves”, she said. “We bought a few packets of seeds and planted them indoors in late winter. Alex’s mum and step-father did the same. She had much better luck growing the flowers than we did. The majority of ours bloomed about two weeks after the wedding! We still ended up with a good number of flowers to work with nevertheless. The night before the wedding, we brought everything we had in buckets over to the venue and arranged them in vases. I also made myself a flower crown for my hair and some boutonnières for the men.” 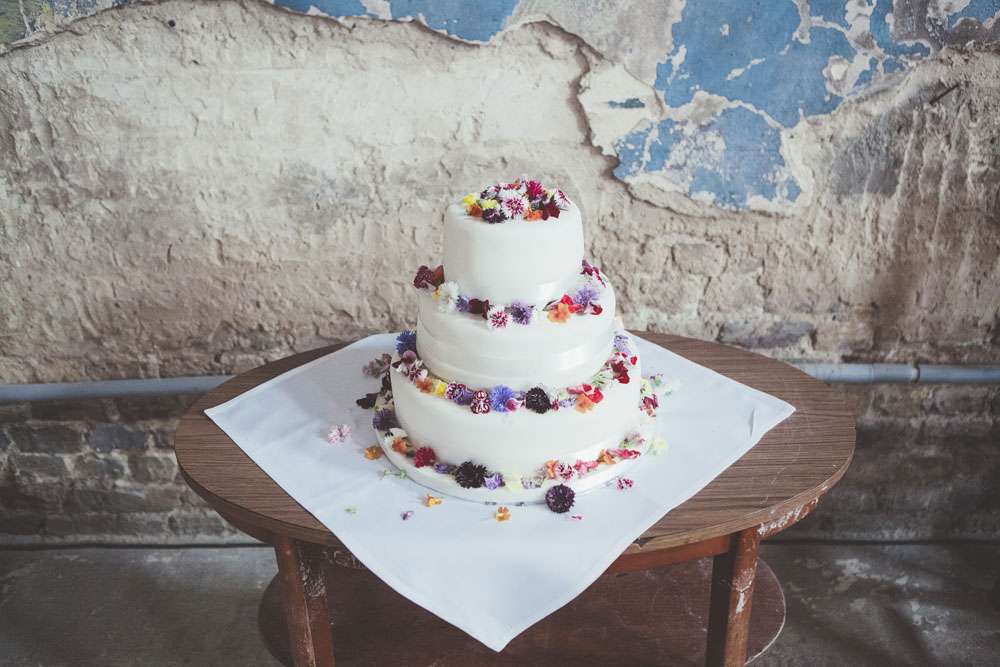 “We didn’t have a theme”, she continued, “there was no colour scheme and no pre-set era we wanted to follow. However a small theme did emerge which was telling our friends and family the story of our relationship. Also, whenever we could, we picked suppliers or ideas that said something about our lives together.”

“To decorate the space, we bought lots of cheap fairy lights from Amazon; particularly good were the LEDs on twistable copper wire which cling to objects in a pretty way. We painted place settings using from watercolours: we wrote the name in masking fluid and painted colour washes over them.” 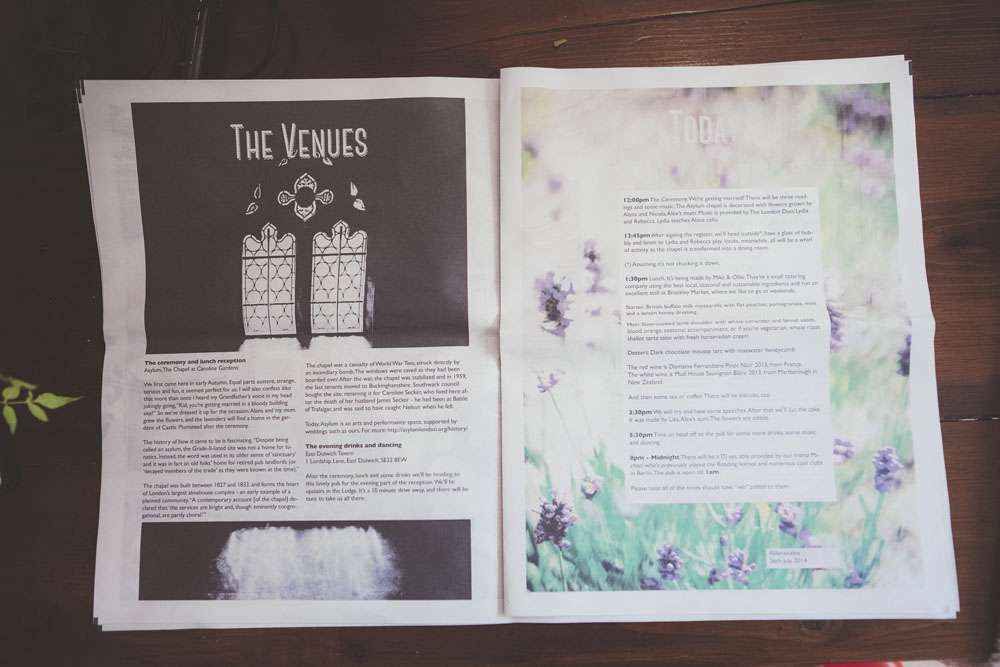 “Alex also created the programme with Newspaper Club. They have online software which you can use to layout the pages, but you can also upload PDFs. It was a couple of weekends work but the results were excellent and a really unique way to tell our guests about the wedding.”

“My advice to other couples, well to brides, would be that it’s worth looking for a dress from some place other than a bridal shop”, Alana concluded. “You can get a white lace dress from almost any high-end designer for much less than you’d get in a bridal shop, and it will be much more unique. I had already bought myself a lovely 50s-style lace dress but being so pregnant there was no way I was going to get into it! A few hours of frantic online shopping later, I found my Alice Temperley dress on sale (60% off!) and went to the shop to try it on. It was perfect. In fact, I like it better than my original dress. I wore it out to dinner on our honeymoon too.” 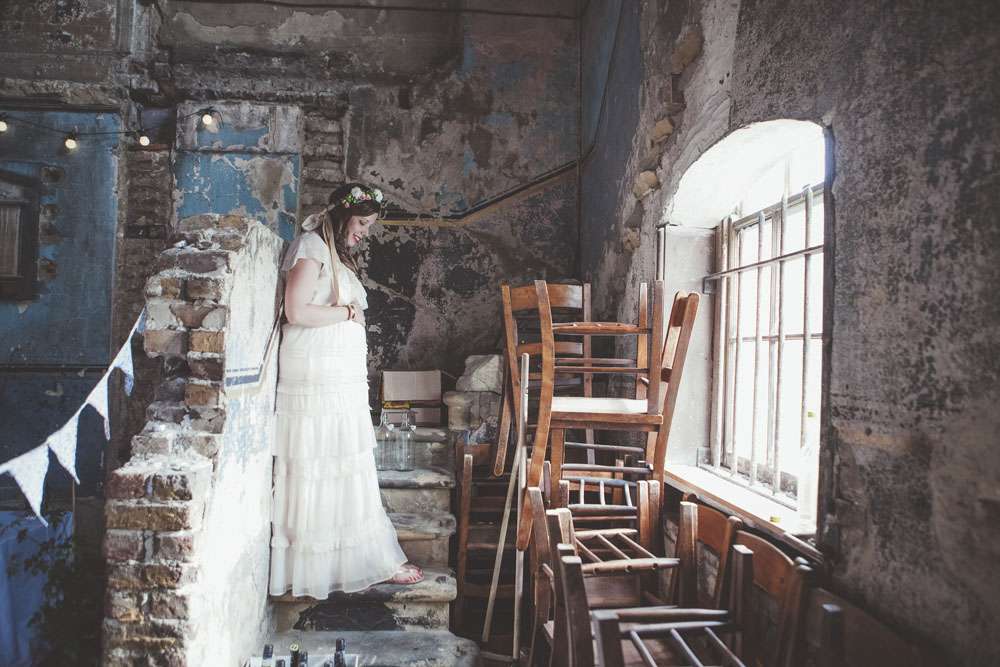 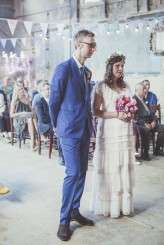 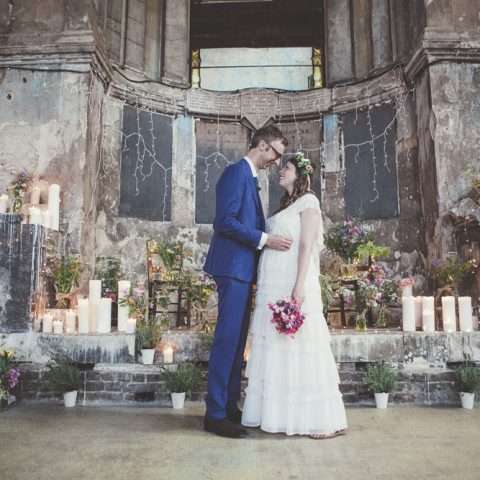 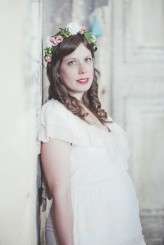 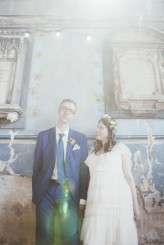 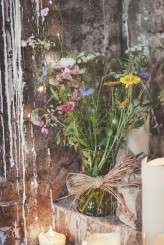 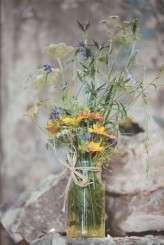 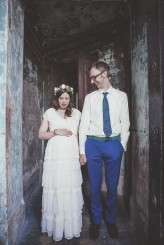 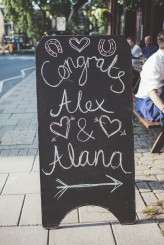 Karolina & Juan's London wedding was informal and laid back but also reflected their multicultural heritage. The ceremony was held at Camden Town Hall, with the reception taking place at The Prince Albert pub, also in Camden. Karolina wore her Mother's wedding dress from the 1970s and a floral wreath in her hair.