Dani and Mark mat three years ago at Balham Bowls Club in south London. So when it came to choosing a venue for their October wedding, nowhere else could have been more perfect! “The night we met I was quite hungover and was out for a friend’s birthday, Mark was out for some drinks with his friend (and best man) Paul. Depending on who tells the story, I apparently gave Mark ‘the eye’ as he walked into the pub, which prompted him to start talking to me later in the evening, OR (my version) I don’t remember looking at Mark as he came in and wondered why he was staring at me all night. Either way, he bought me a rum and coke and we were inseparable ever since.” 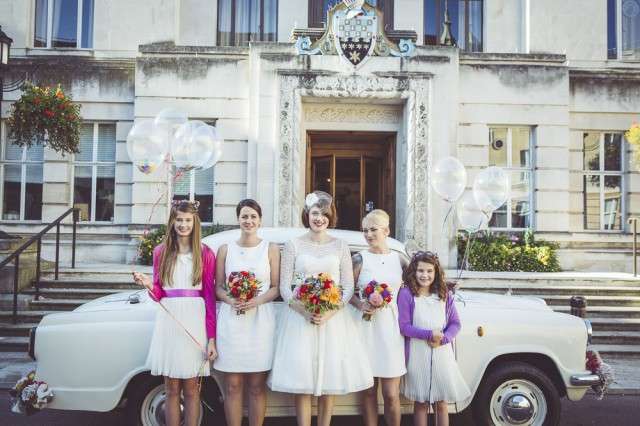 “The idea behind our wedding was that we really just wanted a big party with all our friends. In a way it was easier knowing what we didn’t want (chair covers, fruit cake, pastel colours), which helped us find what we did want – lots of bright colours and for everyone to have a really good (boozy) time!”

“One of my biggest worries about the wedding was that I would just cry the whole way through the ceremony, not get any words out and generally look disgusting”, she said. “In the car on the way my bridesmaids Googled ‘techniques to stop crying’ and discovered that apparently if you recite song lyrics it can help. We ended up singing Bon Jovi ‘Living on a Prayer’ at the top of our voices all the way to the ceremony – I think the driver thought we were drunk! And I managed not to cry through the ceremony (mostly)! We were actually both quite surprised at how much we loved the ceremony part, even all the photos outside beautiful Wandsworth Town Hall. Walking into the reception to cheers from our friends and family was pretty amazing too. It was really overwhelming to see everyone in there!” 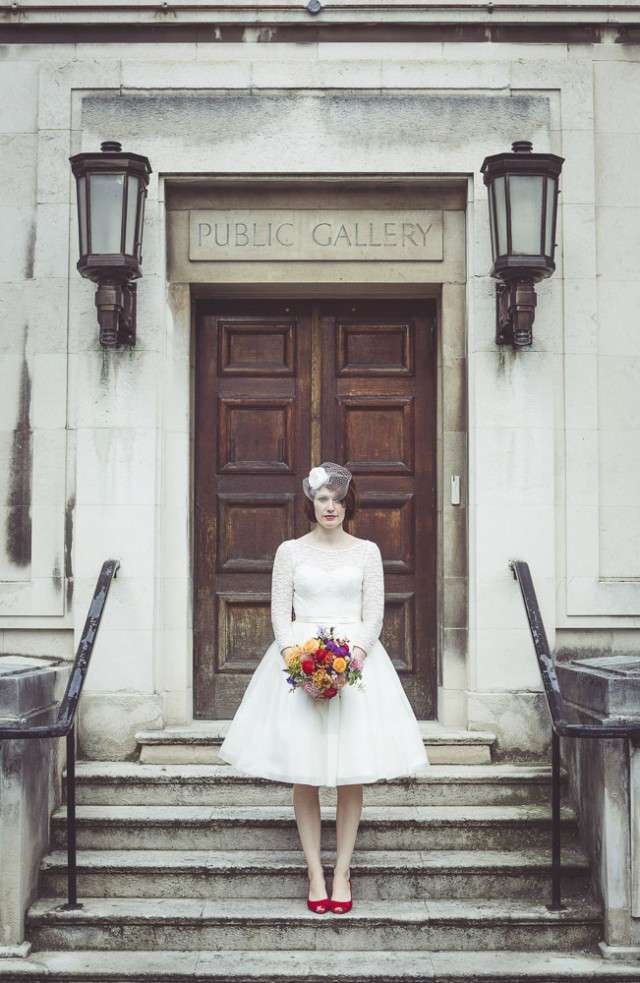 The bride looked stunning in her dress by Fur Coat No Knickers. Her gorgeous retro inspired hair and make up was done by Lipstick and Curls. “Although we tried to save money wherever we could, we splashed out on a couple of things, the first of which was my dress. I really didn’t know what I wanted and had thought that I’d end up with a long gown (although maxi dresses make me look like a sausage), and had tried a few eye-wateringly expensive vintage dresses at a sample sale, but nothing really caught my eye. I had seen Fur Coat No Knickers dresses on wedding blogs and loved the vintage style, but wasn’t planning on choosing anything when I went to my first appointment at 9am on a Saturday morning, on my own. It sounds cheesy but I burst in to tears as soon as I tried it on (might have been a little emotional after the Prosecco the lovely FCNK girls gave me)! The dress was nowhere near as expensive as some I’d seen and it was a million times more beautiful, but whatever way you look at it it’s still a lot of money for one dress. BUT you only do it once. The good thing about it was that the FCNK girls were really up front about the costs for alterations at the start, so I completely knew where I stood – no nasty surprises late in the day. Plus, the whole experience of choosing the dress, the fittings and alterations, was probably my favourite part of the whole experience, I cried at my last fitting!” 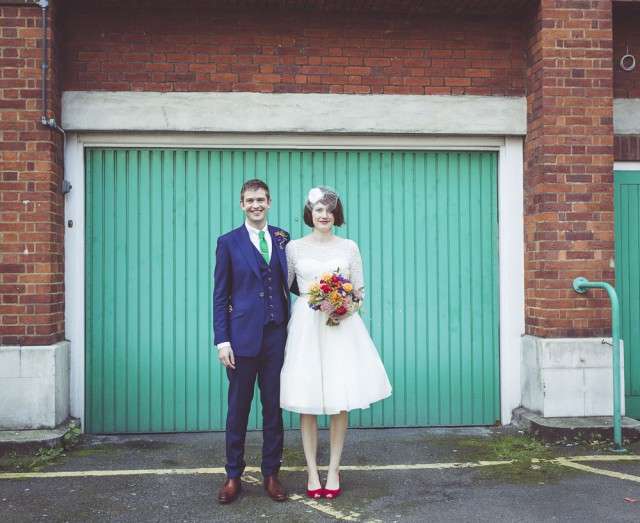 “The other thing we spent money on was our wedding coordinator, Hannah from Deliver the Day. It was never really part of the plan to have a wedding coordinator on the day, and it really shouldn’t count as a splurge because it was the best decision we made for actually not a lot of money at all considering the amazing service we got. I had been quite stressed in the run up to the wedding and we had some issues with suppliers not getting back to us and being a bit flaky. Knowing that I could hand everything over to Hannah was such a relief, and meant that I could sit back and relax. She is an event management genius, and deserves a medal.” 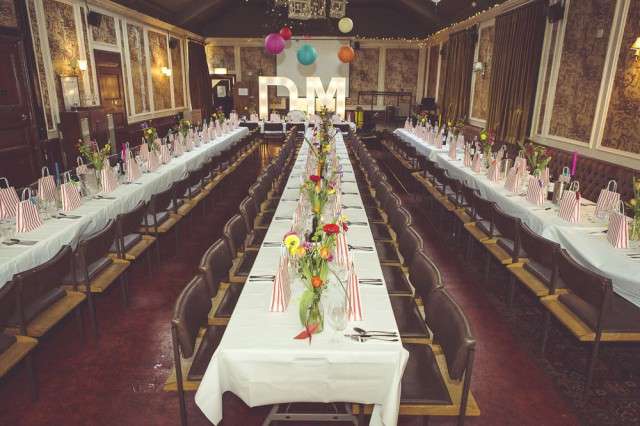 However the couple saved money by DIYing a lot and having their reception in a pub. “Having the reception in the pub was brilliant, not only because it’s the place we met, but it also doesn’t have a hire charge, just a minimum spend. Although we had to get all our food and drink through them we still saved around £4000 compared to other venues we saw. We tried to do as much ourselves (or with the help of friends) as possible, and we discovered lots of talents along the way! We got up super early two days before the wedding to get the table flowers from the flower market, and arranged them in our kitchen the day before the wedding. Etsy and eBay were great for loads of things, including wedding bands, although we probably didn’t need the tiny heart-shaped hole punch… I hand wrote all of the place card labels and the seating chart, and we enlisted friends and family to help pack the goody bags! The house was like a production line the week before the wedding!” 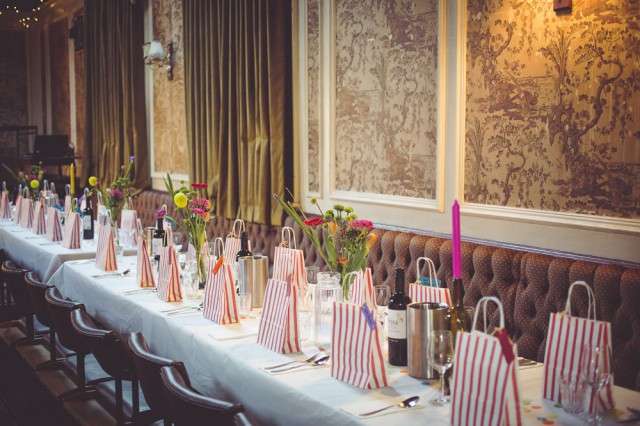 “The only thing we’d change about the wedding would be to put less pressure on ourselves to know exactly what we wanted straight away”, Dani concluded. “Trying to find a venue felt like buying a house – you have to make a big decision very quickly and there’s so much to consider. I’d advise other couples to write everything down! Make lists or spreadsheets. I bloody love a spreadsheet and it really did help to have one place to put everything. I also used Google Docs and got an app for my phone, so I could update it whenever something popped into my head – enormously useful and free! Finally, try to take a step back and be realistic about what really matters. This is much easier said than done in the madness of wedding planning, but it really will be alright on the night. Take a night off wedding talk and do something nice for both of you.” 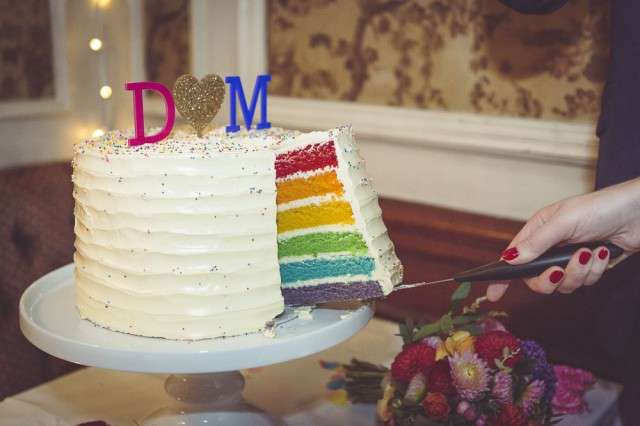 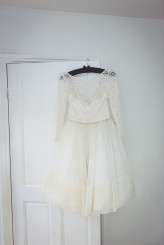 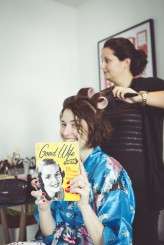 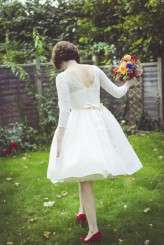 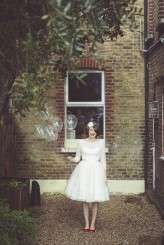 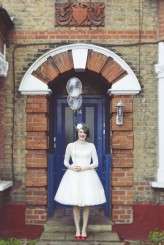 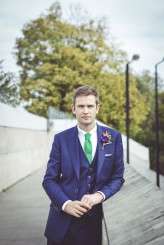 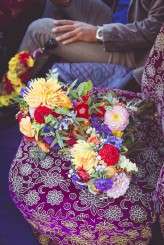 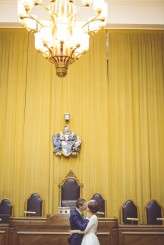 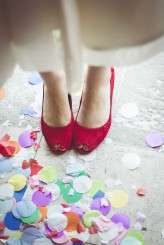 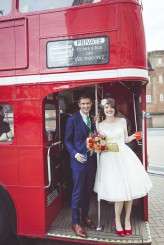 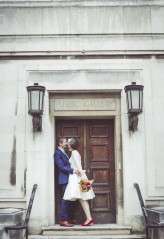 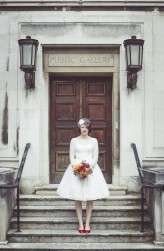 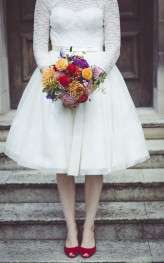 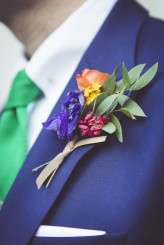 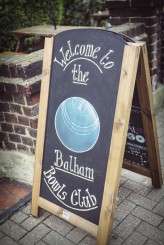 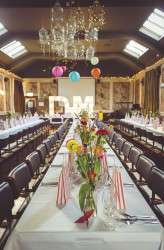 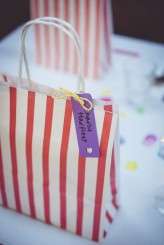 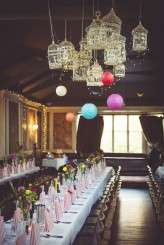 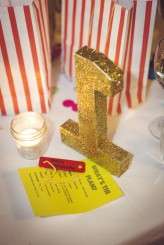 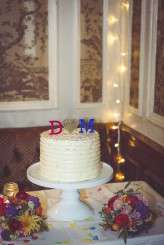