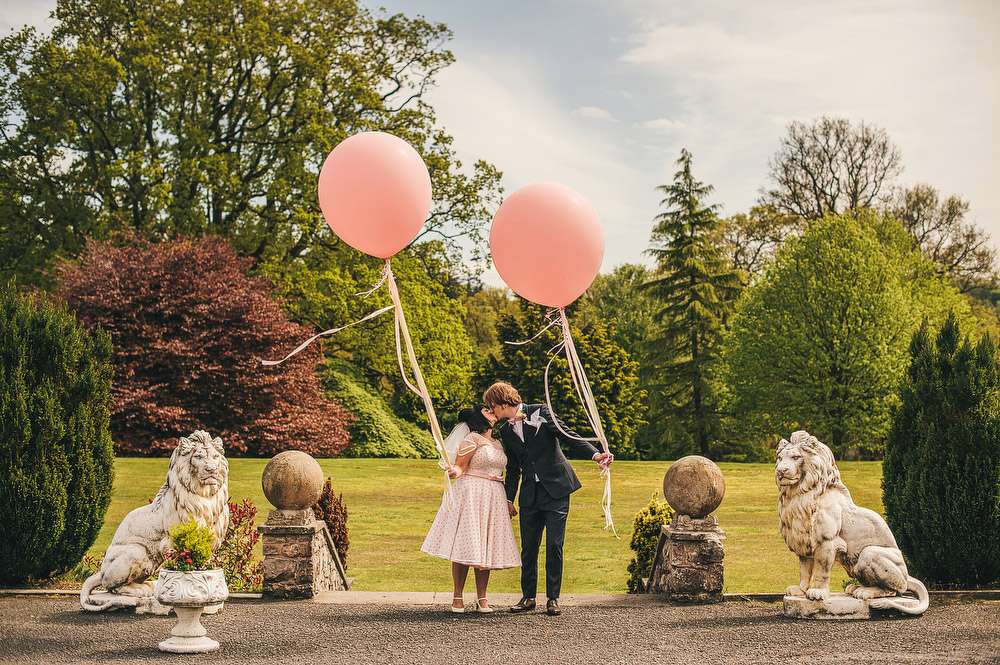 Louise and Pete’s Belfast manor house wedding was full to bursting with cute, quirky and retro DIY details. The bride wore a polka dot Candy Anthony wedding dress and looked every but the mid-century starlet with her beehive hair do and classically gorgeous make up. “We definitely had a retro themed wedding”, Louise explained. “I took inspiration from Hairspray (especially when it came to my hair!) and had a pink polka dot 50s style dress. Pete had a teddy boy-esque suit. We played 60s garage songs during the drinks reception and 60s girl groups afterwards. We asked all our male guests to wear bow ties, which they did, including my 5 month old nephew!” 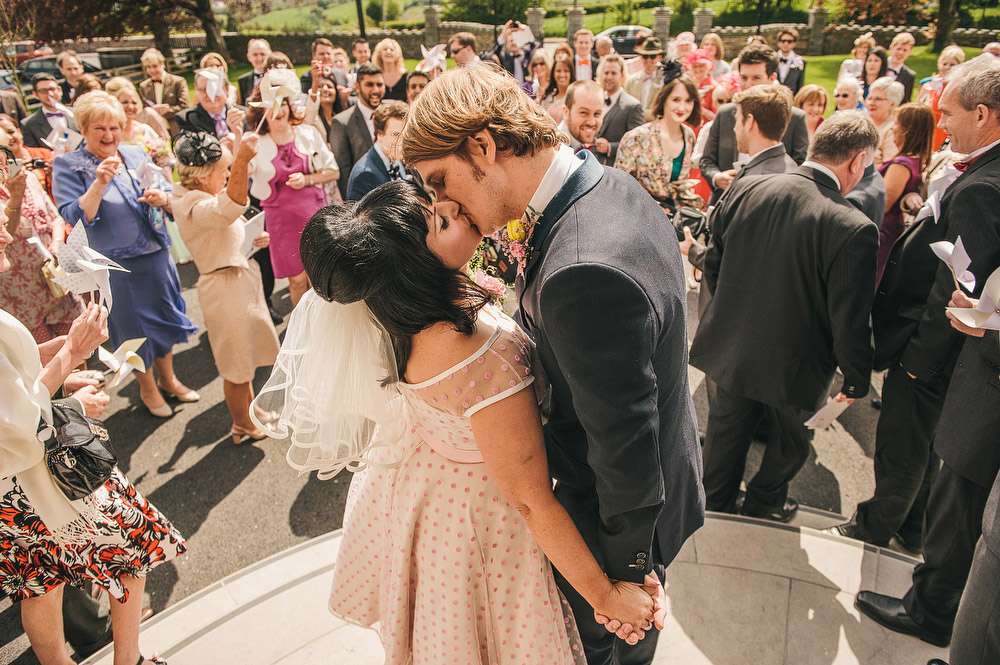 “In the year leading up to our own wedding Pete and I attended 13 weddings (including an amazing 5 day affair in Rajasthan), so we ended up with a really good idea of what we felt was important”, she continued. “It all centred on making sure our guests were having fun and that the food and alcohol was plentiful. We wanted to get everyone up and dancing. We knew from the outset that a hotel wedding wasn’t for us and we discarded elements that we didn’t feel mattered on the day, like having a top table or a cake cutting ceremony.” 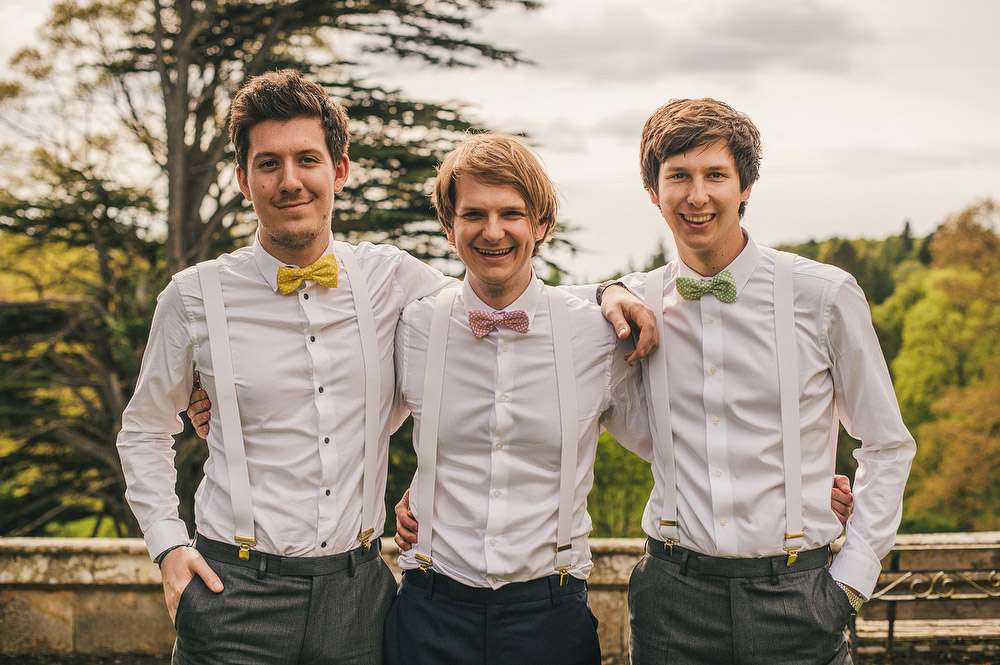 “We had loads of elements that we loved (mostly me!) polka dots, garage rock, cheese, balloons and ribbons… We did have a traditional Irish band for a few hours, which probably didn’t fit with the theme but they were really good at getting everyone dancing! We then had friends play some Rock n Roll. Pete sang two of my favourite songs as a surprise for me. The night ended by Pete and I getting thrown out of the hotel bar we were staying in, after initially turning up to the wrong hotel with extra large balloons and then starting a sing-a-long in the correct hotel’s bar, which displeased the manager!” 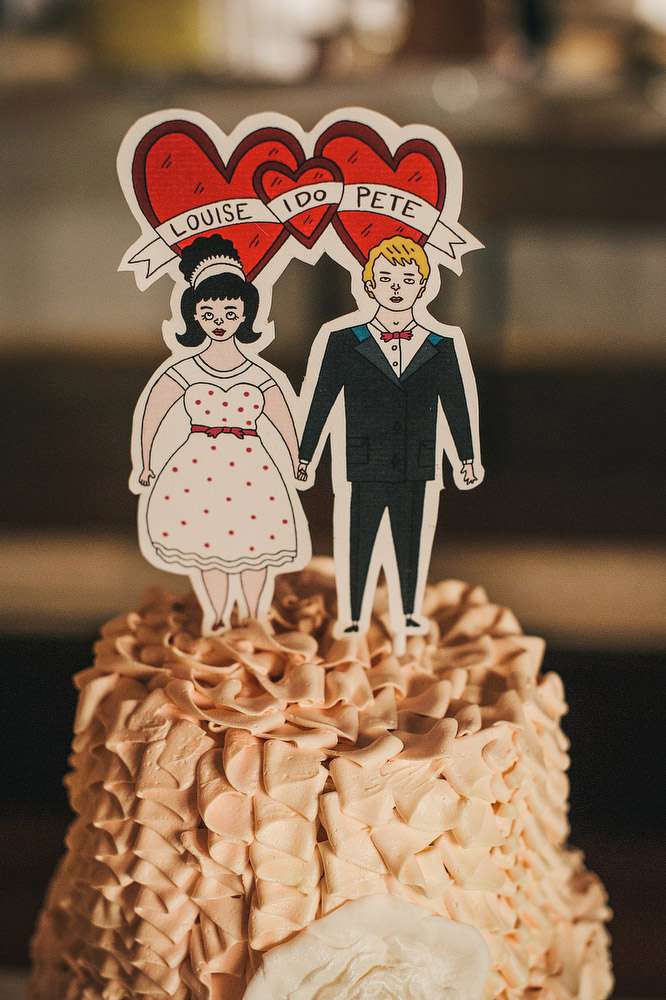 “The most expensive outlay was the photography, but when we say This Modern Love‘s work online I knew we had to have them. I think my dress was over budget too but I had to have it. I love polka dots anyway and once I saw the material I knew it was the one. I was so excited about the dress I kept telling everyone, including my husband to be about it. It was the first dress Candy Anthony had made with a complete pink polka dot overlay. Everyone commented on the dress on the day, it was a real talking point.” 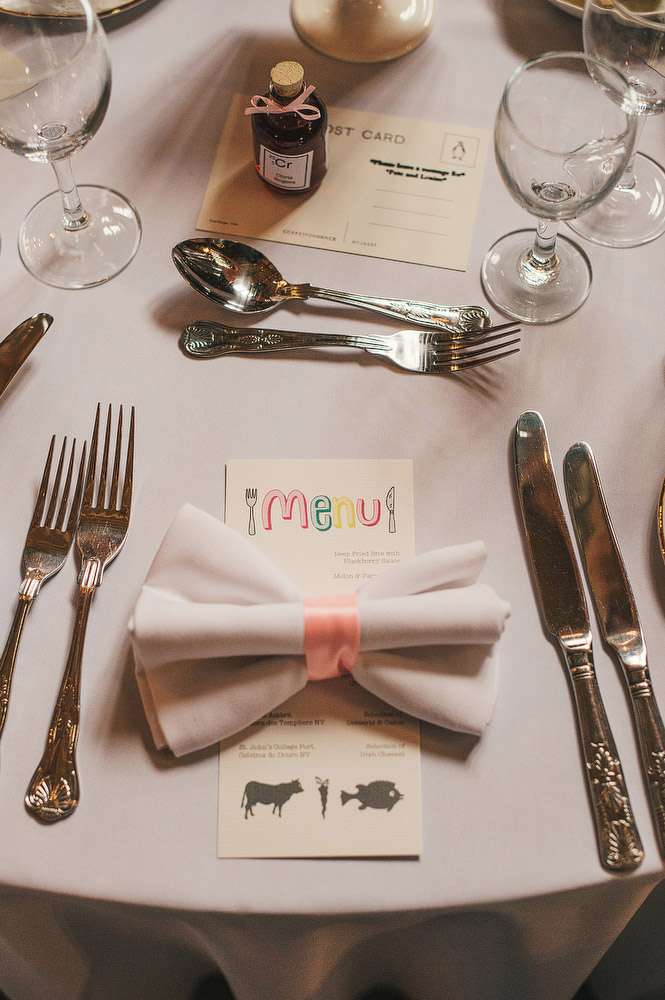 “The only thing I would have liked to have done differently was to hire someone to set everything up for us in the morning”, Louise concluded. “We spent the day before the wedding decorating the venue and it took forever. Even on the morning of the wedding bits still needed doing and it was all a bit of a blur. There were no big disasters but some things could have been more organised. Some cakes were forgotten for the dessert table and the venue kept turning our music down so the first dance started very quietly and then shocked everyone into action!” 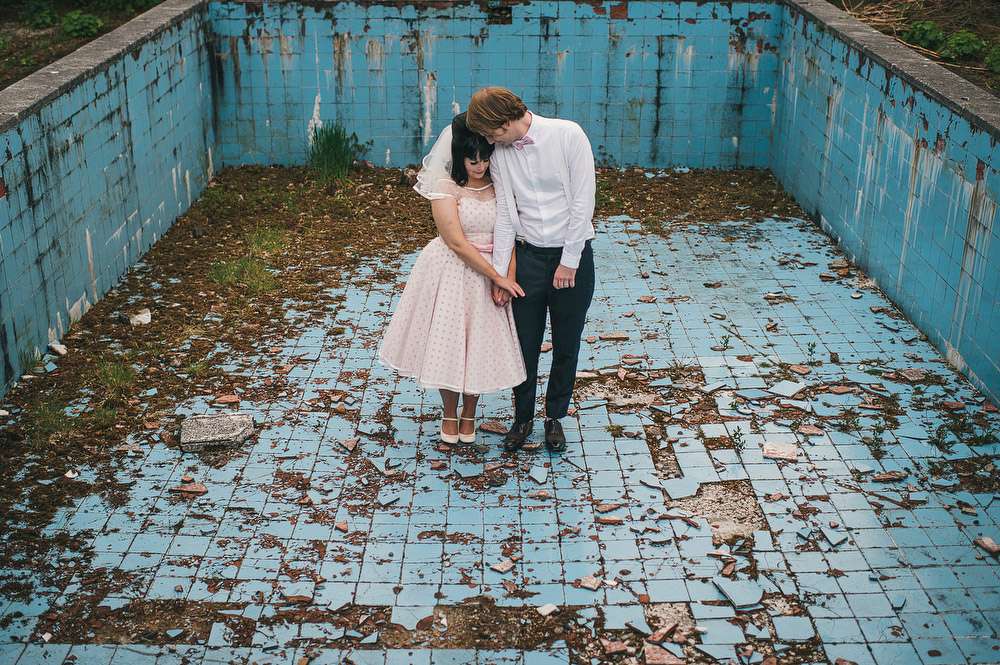 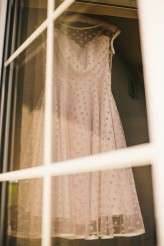 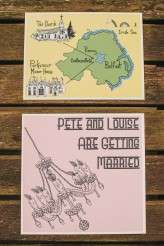 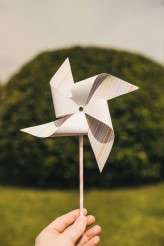 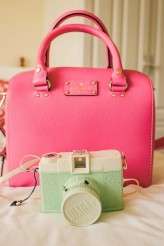 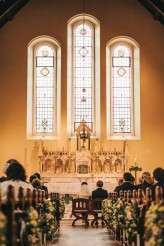 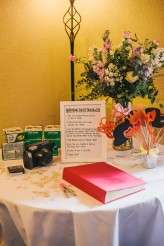 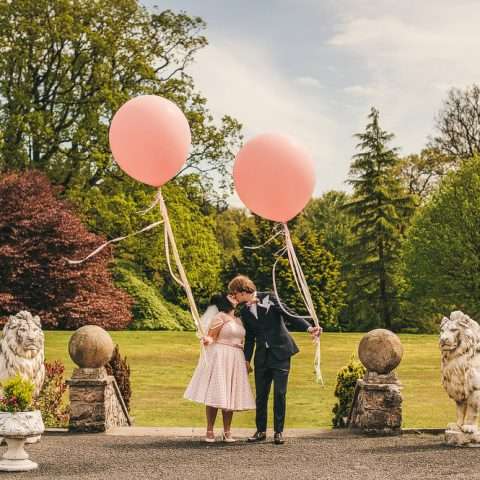 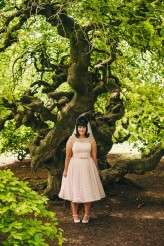 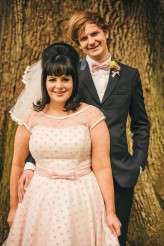 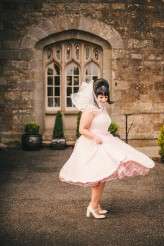 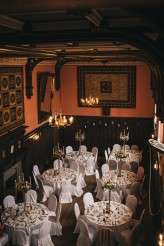 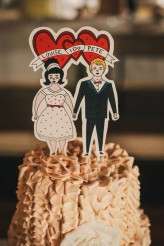 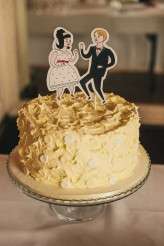 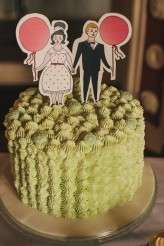 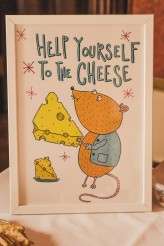 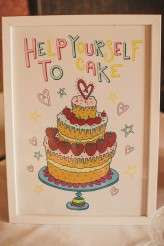 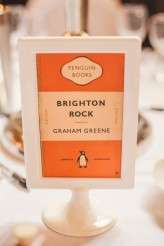 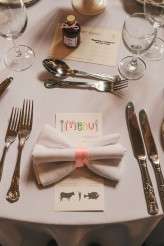 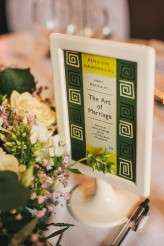 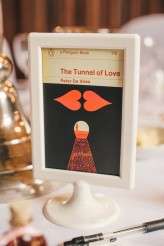 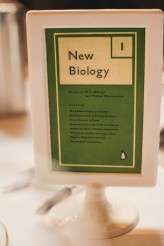