Aynhoe Park might be one of the weirdest and most wonderful wedding venues in the UK… because it’s stuffed (boom boom!) full of taxidermy! Everywhere you look the walls are adorned with animals. They even have a full sized giraffe being held up by balloons! Rosie and James wanted somewhere unusual to host their alternative wedding and Aynhoe Park was just perfect. 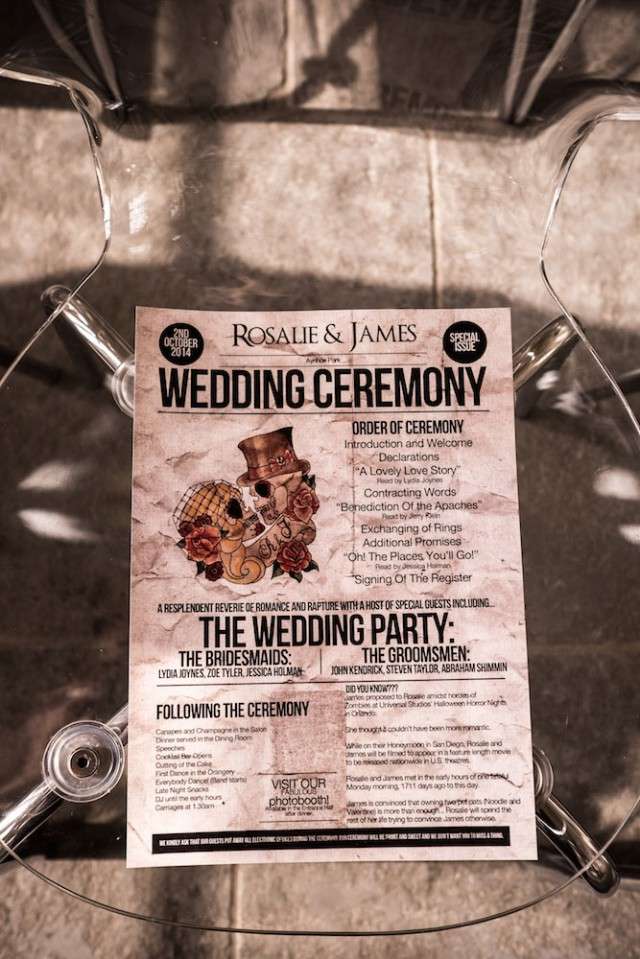 “We really just wanted our wedding to totally reflect our personalities and us as a couple”, explained the bride. “We didn’t want to be restricted by following traditions. Instead, we wanted everybody to be involved and for it to be a celebration of all our family and friends coming together as well as our love for each other. We chose two long banquet-style tables for this reason, forgoing the tradition of a top table, and included our family and friends in the ceremony with readings. James and I also wrote our own vows, something that was very important to us, as we could include some personal, silly and soppy touches.” 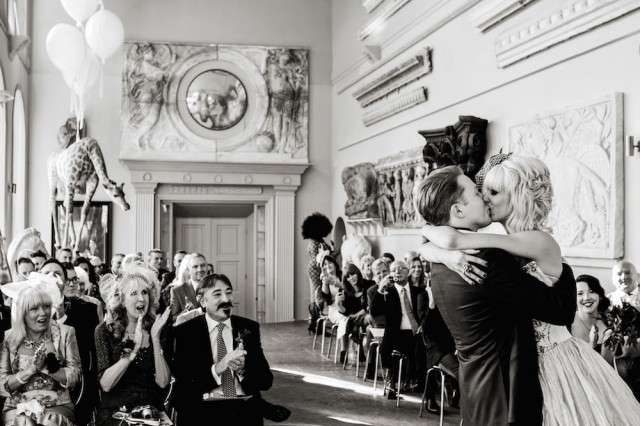 The bride wore an incredible reclaimed antique dress from the 1800s with Alexander McQueen shoes. “Speaking of not following traditions, I knew from the beginning that a traditional white wedding dress from a bridal shop was not for me”, she continued. “When I stumbled across Cocoa Couture, an absolute Aladdin’s cave of vintage ball gowns and restored treasures, I knew instantly that is where I’d be purchasing my dress. My dress started out as a rather worse for wear regal-style gown from the 1800s, but was totally restored, revamped and modernised to make my amazing one-of-a-kind dress.” 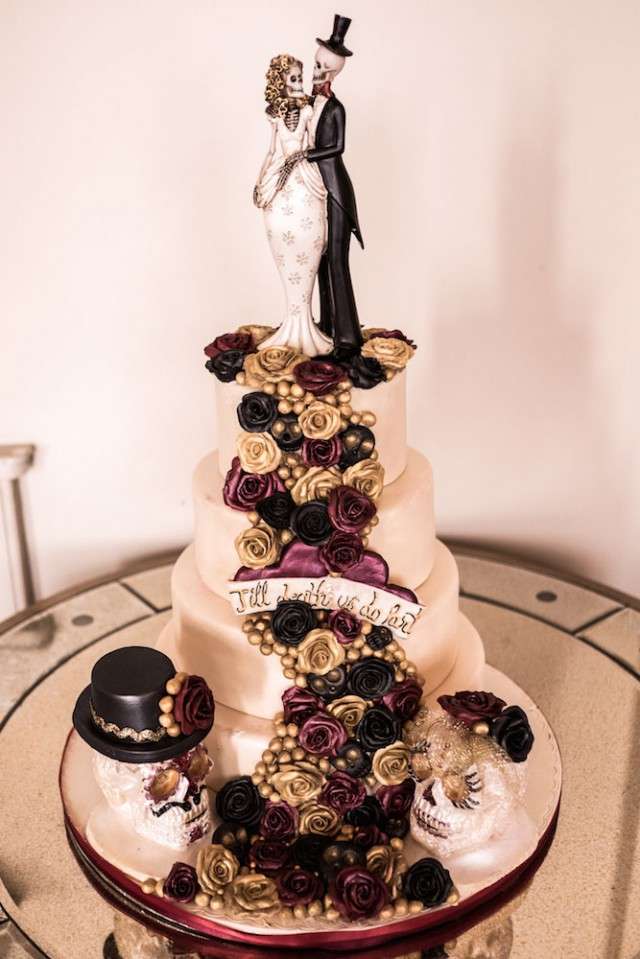 “James proposed while we were on holiday in Orlando, amidst hordes of zombies at Halloween Horror Night at Universal Studios!” she laughed. “Having always been a fan of horror, this was my perfect proposal and TOTALLY unexpected – well… who would expect that?! We wanted a nod to the horror theme in our wedding without going too ‘blood ‘n’ guts’ on the whole thing, so we went for a fairly subtle ‘til death us do part”/ Day of the Dead theme.”

“Our venue was already extremely quirky, filled with taxidermy of every creature (most adorned with novelty hats!) and all sorts of weird and wonderful antiques, so we didn’t really need to add a lot in terms of theming. However we carried the skulls through our homemade stationery, our cake and subtle details like James’ cufflinks, my Alexander McQueen shoes and our blood red flowers.” 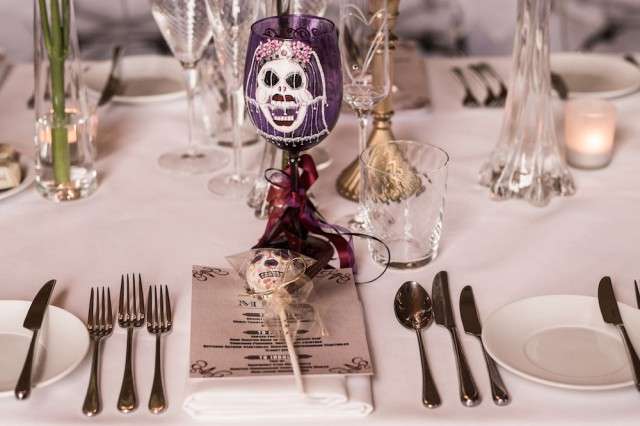 “Our first dance has got to be one of the biggest surprises and best moments of the whole wedding”, she said when I asked about any favourite memories from the day. “We were worried it might come across as a bit cheesy but hey, everybody secretly loves a bit of cheese at a wedding, and it went down a storm! With the whole zombie proposal and day of the dead theme, we thought what better dance for us than the zombie dance – Michael Jackson’s Thriller! We started off with a normal slow dance to ‘our song’, (Bright Eyes, First Day of my Life) which then changed midway to Thriller, where we began our zombie transformation. We’d arranged with our lighting guy to have the lights change abruptly from glistening silver to eerie green and to go heavy with the fog machine when the music cut, and it worked better than I could have imagined! It was definitely worth the cost of the dance lesson, and the countless hours spent practising in our tiny living room with all the furniture pushed to one side! Everybody was in stitches!” 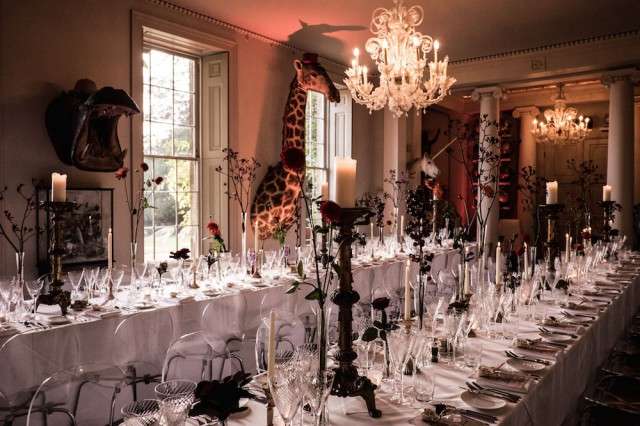 “I would say try to not get carried away with the latest ‘wedding trends’ and just do what makes you happy”, Rosie advises future couples. “I was fixated on the idea of having a photo booth, after seeing so many fun pictures from other weddings. However in reality, when it came to our wedding, what with the live band playing in the main hall and camp fires roaring outside, a lot of people didn’t even notice it was there and I am ashamed to say that I didn’t have time to get one picture inside it!” 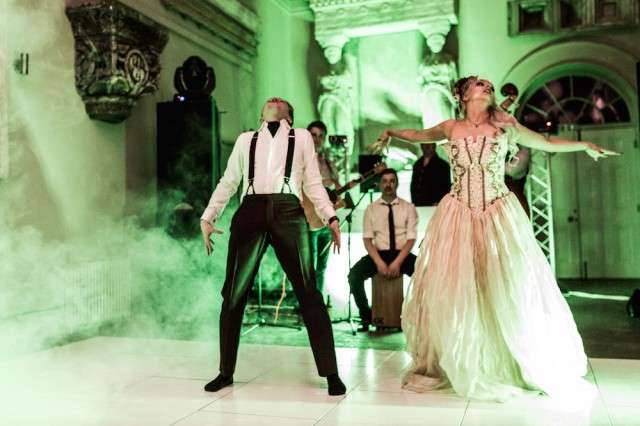 “Also really take time to enjoy every moment of the day and please, please, please try not to fret over every tiny detail. I promise that as long as you have a fantastic smile on your face, nobody will notice if something is slightly off! I had a tiny (OK, epic!) panic just as the ceremony was about to start when I realised I had misplaced the vows that I had printed on our ‘special wedding paper’ to match the colour scheme. After flapping around for 20 minutes, we finally found them but arrived late and slightly flustered. In hindsight, I really don’t think anybody would have cared what paper our vows were printed on, and it would have saved a lot of stress to just go with the flow and read from the back up copy that our (very patient!) Registrar had with her.”

“It was truly the best day of my life so far though. I married my best friend, everybody who I love was there to share our happiness and our day was absolutely filled with laughter.” 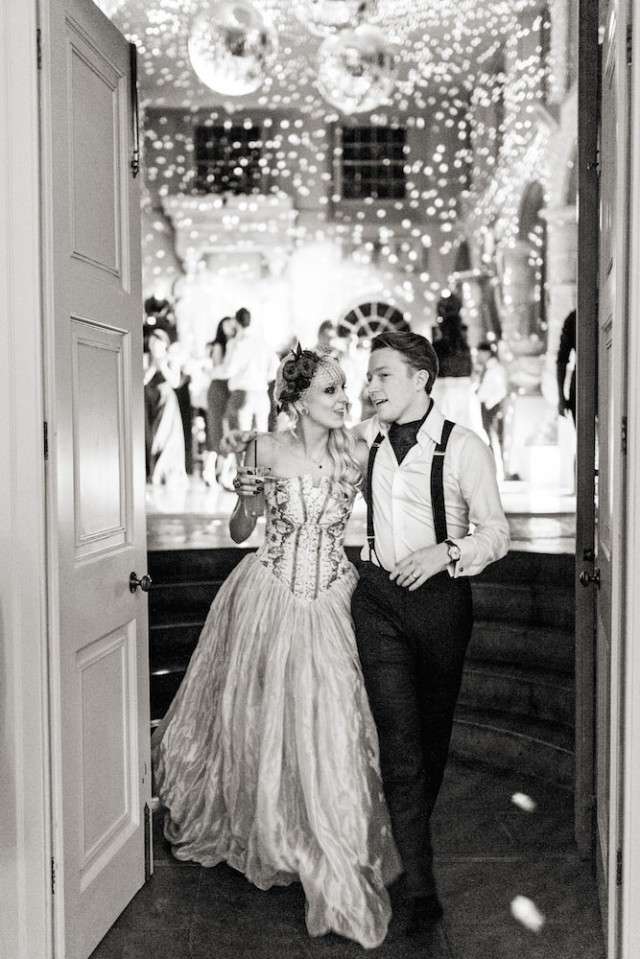 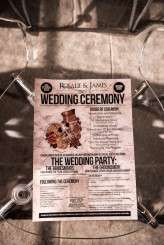 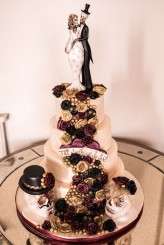 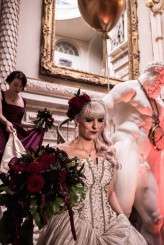 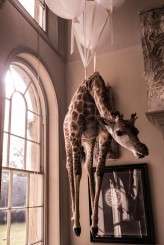 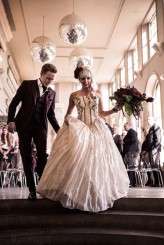 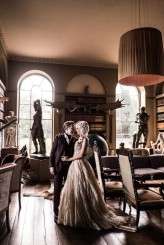 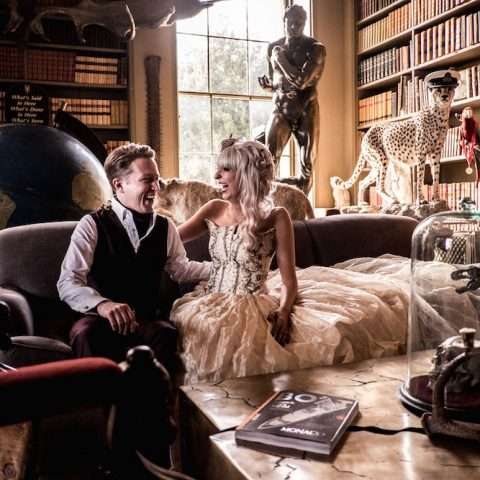 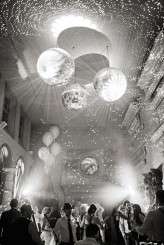 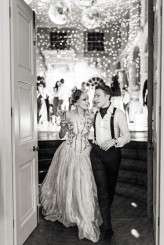 Ross and Amy met at Download Festival in 2009, so obviously their wedding was going to be pretty Rock n Roll! They had just £4000 to spend, but that didn't stop them planning a wedding that was beautiful. meaningful and fun for their guests.