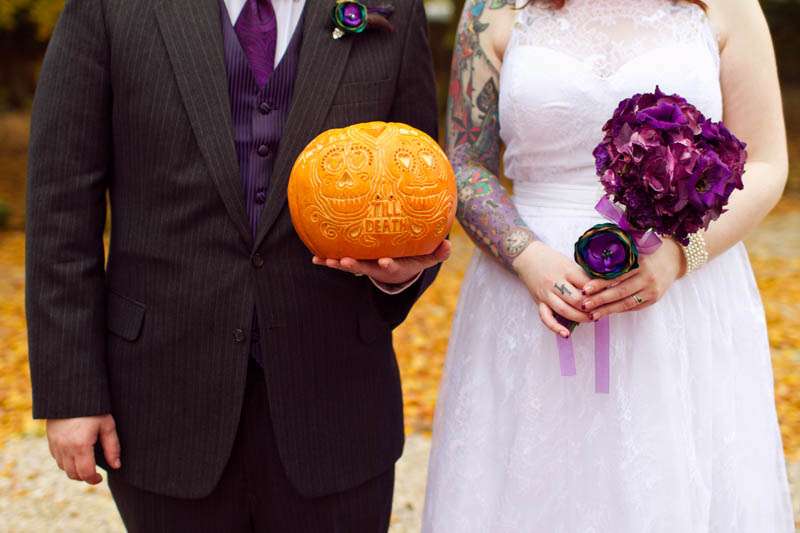 Jennifer & Ian were married on Halloween so their day had a distinct theme to fit the time of year. “We wanted the wedding to have all the components of a ‘normal’ wedding but be personal to us,” the bride told me. “We both love Halloween, Day of the Dead and bonfire night and so decided to incorporate all three into a super-theme!” 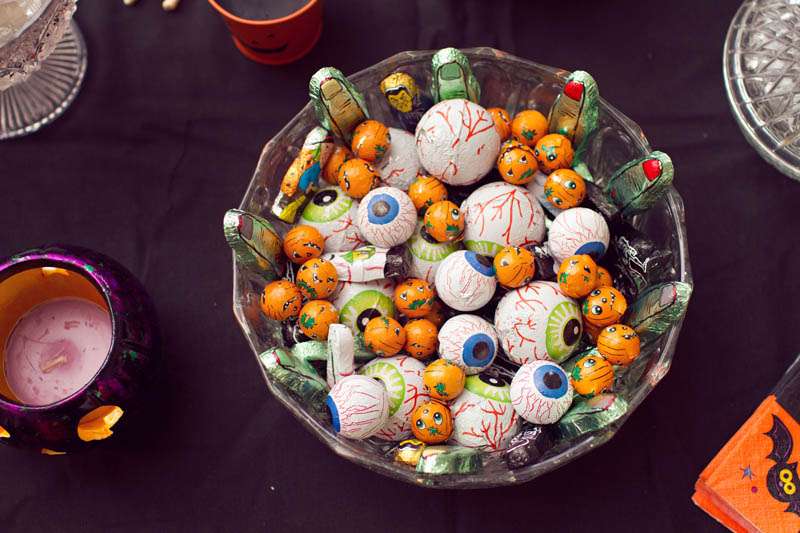 “We wanted to make as much as we could ourselves, and to make the day as relaxed and enjoyable for everyone else.,” she continued. “We wanted a bonfire with jacket potatoes and toffee apples. The rest of the wedding was built up around that.” 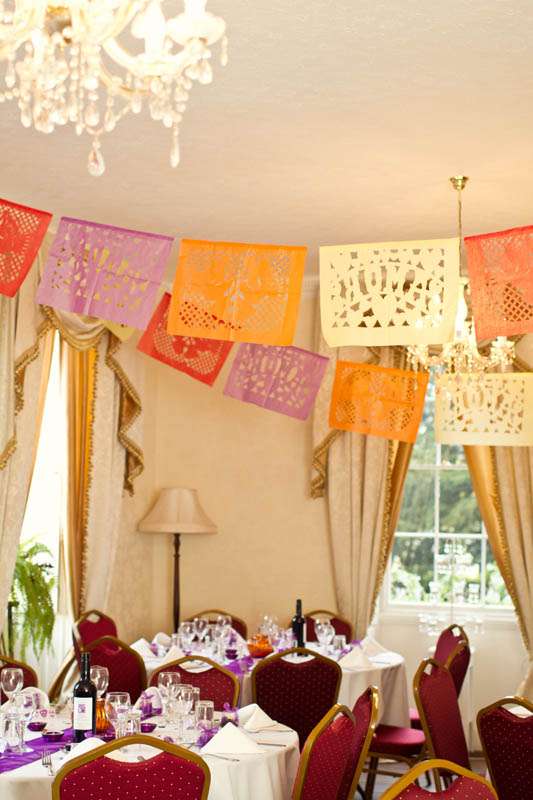 “I made most of the decorations myself, but had some help from my friend Sharon and my Mum on the tissue paper Mexican picado’s. They were very time consuming to cut as the designs I chose were very intricate! But they were well worth the effort as they transformed a traditional bland-ish room into a Mexican festival!” 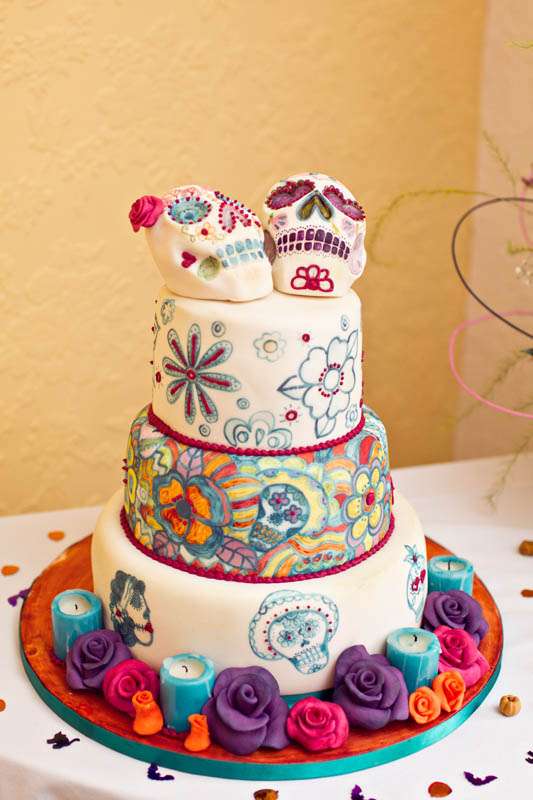 The couple booked Hannah Millard to photograph their wedding after seeing her featured on Rock n Roll Bride. “Hannah was absolutely amazing, she breezed in at the crack of Dawn and it was like I had known her for years,” Jennifer said. “After talking to her over emails I knew we would get on as we share the same ideas and principles on photography and weddings! What I didn’t expect was for Hannah to integrate with everyone else so easily, and to be a constant reassuring comfort to me throughout the day. She was so unobtrusive and took spectacular shots of our day.” 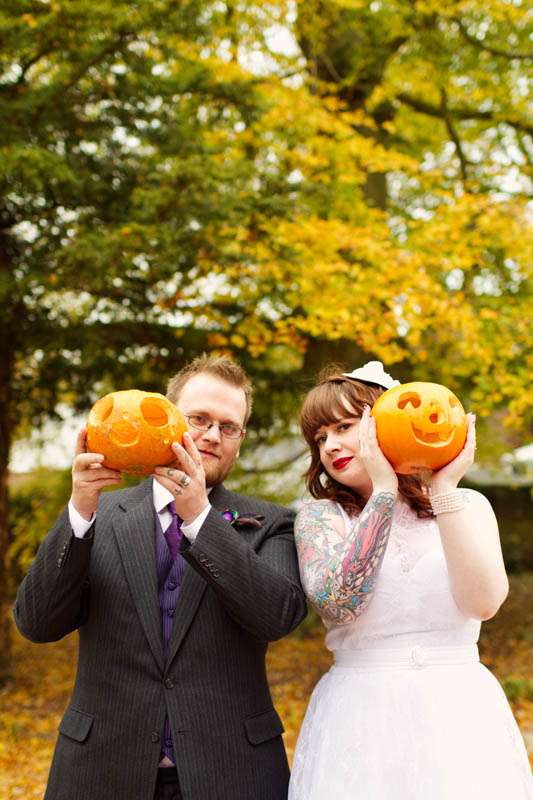 Thanks to Jennifer & Ian and their photographer Hannah for sharing this with us today. 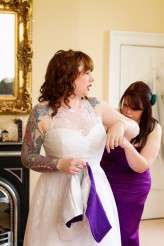 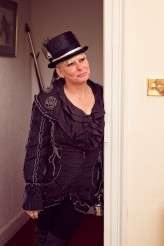 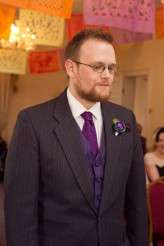 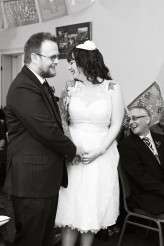 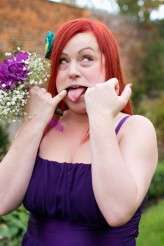 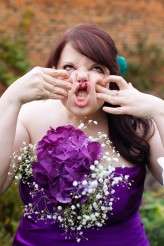 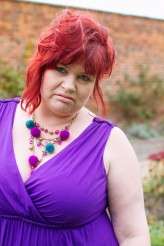 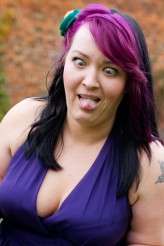 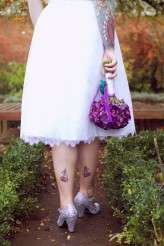 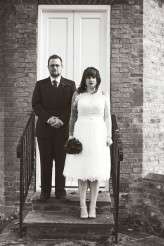 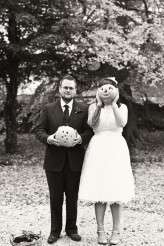 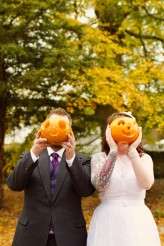 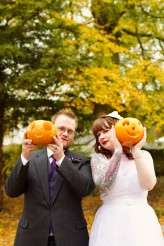 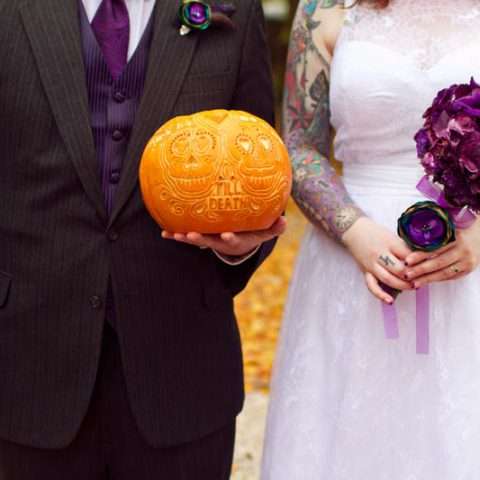 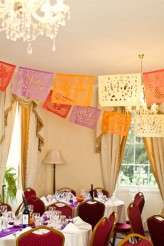 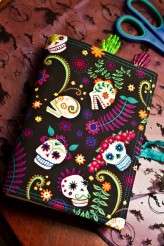 Scare-Fest Wedding & Searching for ‘The One’: Sarah & Colin

For their October wedding at Whittington Castle and Wattlesborough Village Hall, Sarah & Colin wanted a scare-fest. Halloween, pumpkins, zombies & vintage circus horror were their inspirations. "When you first start to plan a wedding you are given strict instructions by every bride you know to research research research. You read magazines, you trawl through websites, you create a scrapbook of what you think your wedding should be", wrote newlywed Sarah. "I had 2 ½ years to plan my big day, and no matter what I saw I just didn't feel like it could be part of our day! Everything was so beautiful, classic, elegant... and so not us! I am mad about vintage but after heading to a vintage wedding fair I had started to lose hope. It was all too twee, too perfect. I am a rummage in the hay bales listing to The Coasters kinda vintage and it just wasn't there for me. Then after seeing a lady flying round the fair with pink hair, I was informed of Rock n Roll Bride by my friend Ffion and my world was changed! I saw couples who broke convention, who played their wedding their way and weren't afraid to let the world see their personalities through their big day!"