Jojo and Andy were married in August at Nettlestead Place, Kent. While the groom wasn’t too bothered about having a big wedding, the bride wanted something special and so a steampunk theme it was! She wore a corset from Baba Studio with an AMAZING purple and turquoise skirt, made for her by Sisters of the Moon on Etsy. Her biker boots were from eBay. 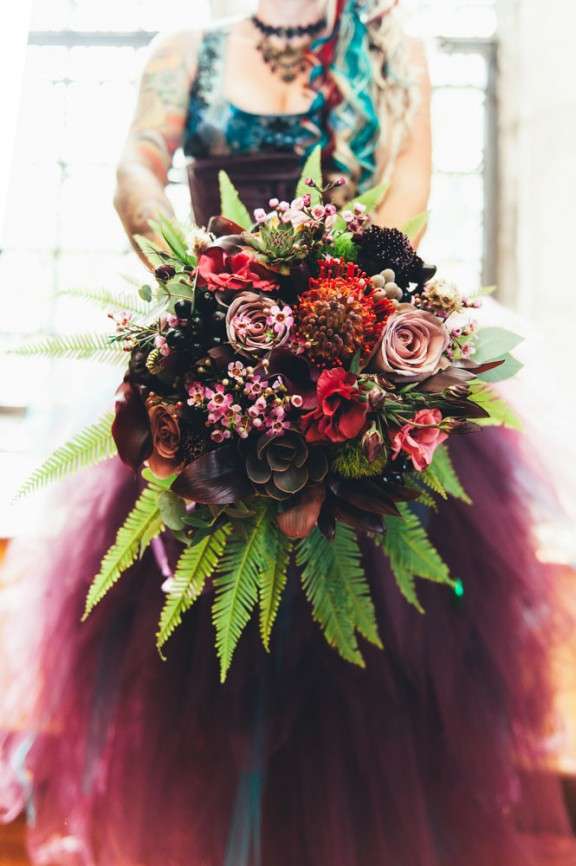 “While I’d like to say we just planned the wedding that we wanted, Andy would have preferred to just go to the registry office in a t-shirt and jeans!” Jojo began. “But I’m a bit more flamboyant than that, and he wanted me to have the day I wanted. So I pulled out all the stops and did something much more ‘me’. I’ve always been alternative and I love to dress up so this was the only way forward. We also thought that if everyone had to dress up, that they would feel much more like part of our day, rather than just being onlookers and well wishers.” 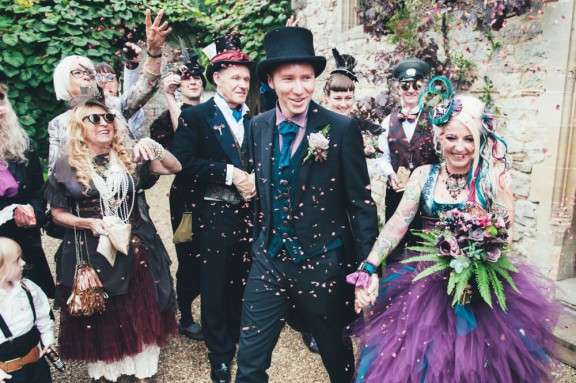 “I saw a steampunk wedding on a blog which was the starting point. When we first saw it, we both agreed that it had the right sort of feel to their wedding we were looking for. It’s such a classic wedding, but with colours like aubergine, black and teal, which are much more my style that cream or white.” 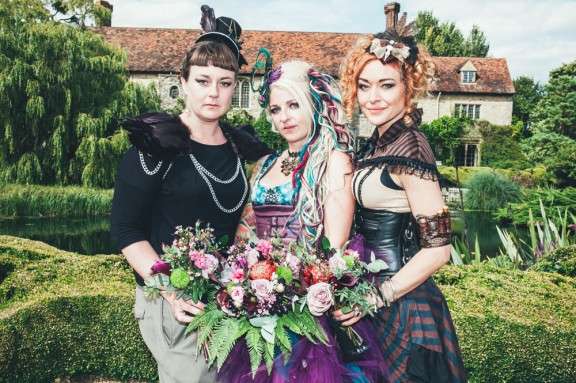 “Me and my mum collected most of the props and décor for the reception over the two years we planned the wedding”, she continued. “We covered screens, bought a really old typewriter and fixed it up to work. The post box was made by me. The Victorian bottles on the tables were all sourced by us, and we filled and labelled them too.” 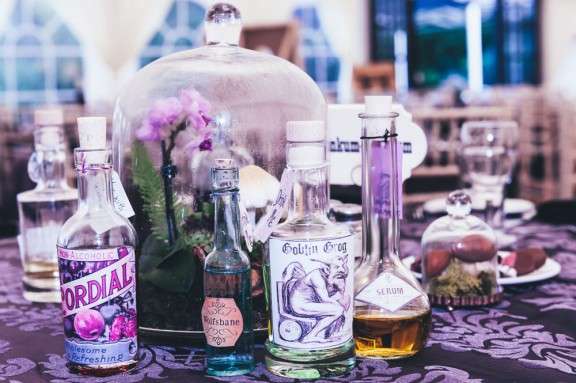 “The alcohol in them was donated by loads of people! I put a shout out for all and any bottles from the back of the liquor cupboard that no one will ever drink. I filled up the bottles with the donations and put them on the tables. I didn’t have any favors; I just told my guests if it wasn’t nailed down to take it home with them! That meant there was less for us to clear up and kept the budget down plus people got to choose what they wanted and there were no unwanted favours. Finally, my mum made all the table cloths and the copper trees too!!” 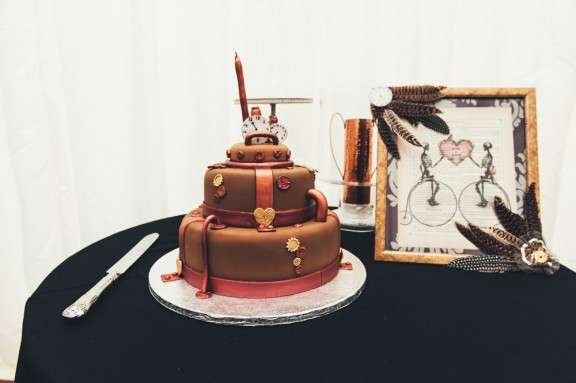 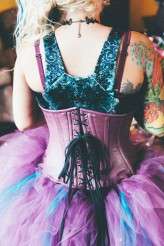 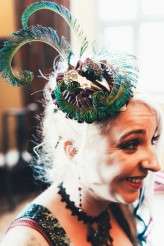 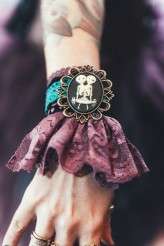 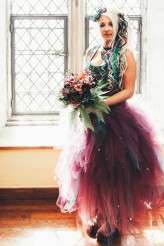 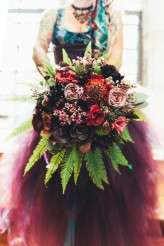 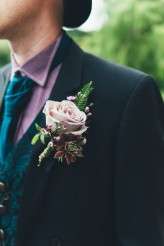 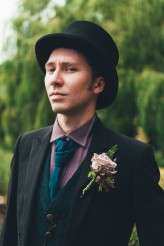 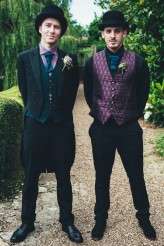 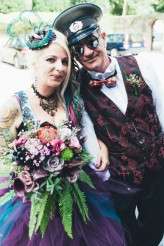 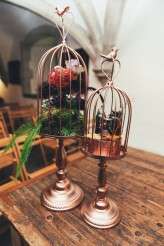 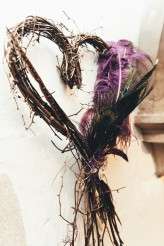 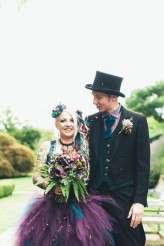 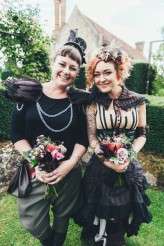 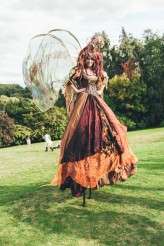 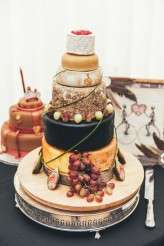