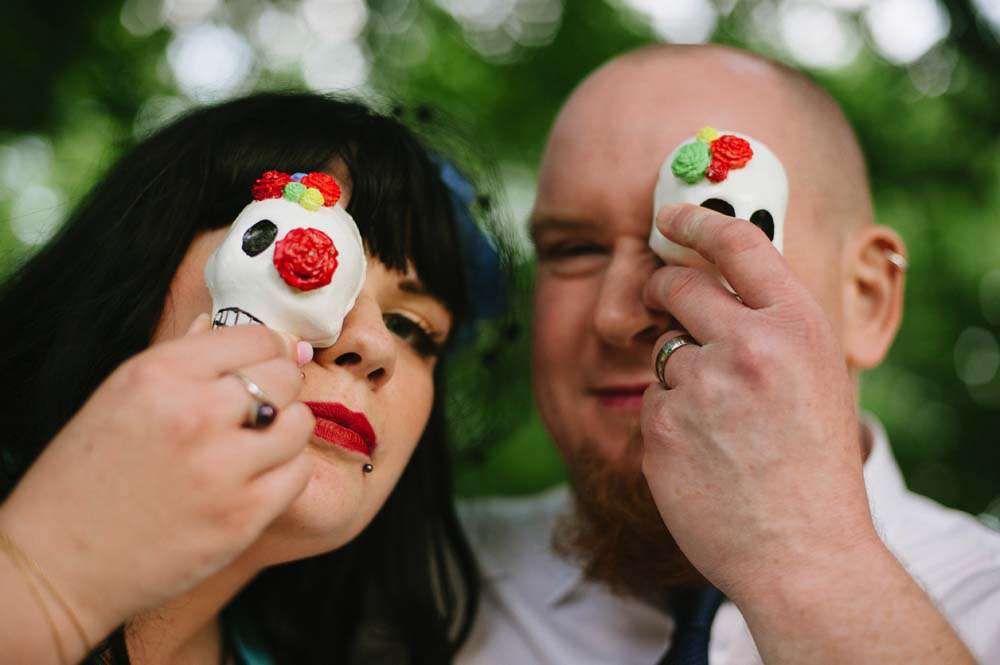 Ross and Amy met at Download Festival in 2009, so obviously their wedding was going to be pretty Rock n Roll! They had just £4000 to spend, but that didn’t stop them planning a wedding that was beautiful. meaningful and fun for their guests.

“My grandma was always the main event at family parties but she passed away a few years ago”, began the bride. “I love that Dia de los Muertos (Day of the Dead) celebrates the life of people that have passed instead of mourning them. Ross had also lost his granddad around the same time so we thought this would be a good theme for our wedding.” 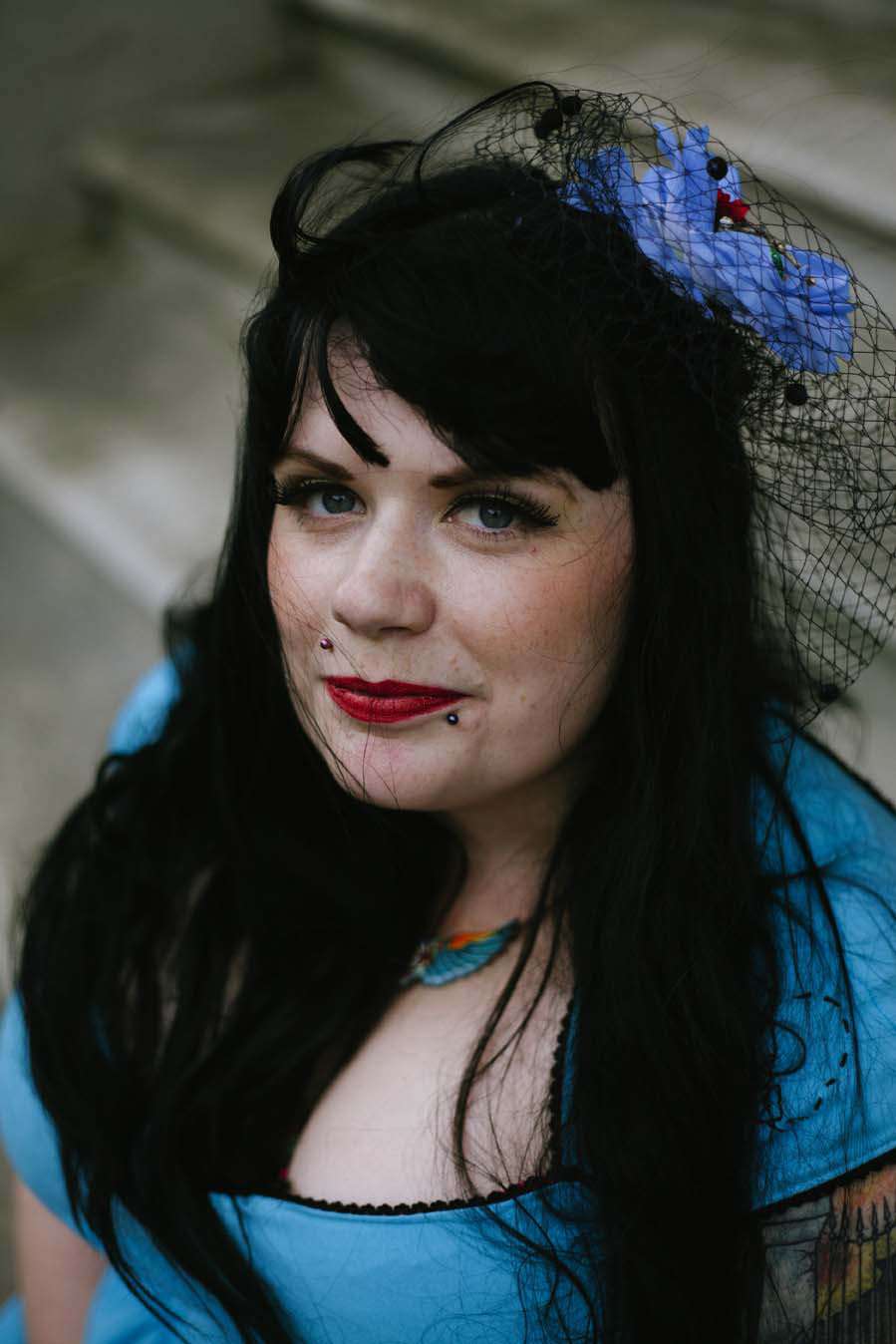 “i made all the small skulls and painted the pots for the centrepiece”, she continued. “We set the room up ourselves and the masks and the sugar skull pictures were made by my best friend. Our whole day was awesome but I’ll never forget watching my Dad dancing to Limp Bizkit and the dance off between my bridesmaid Lucy and our good friend Mark!” 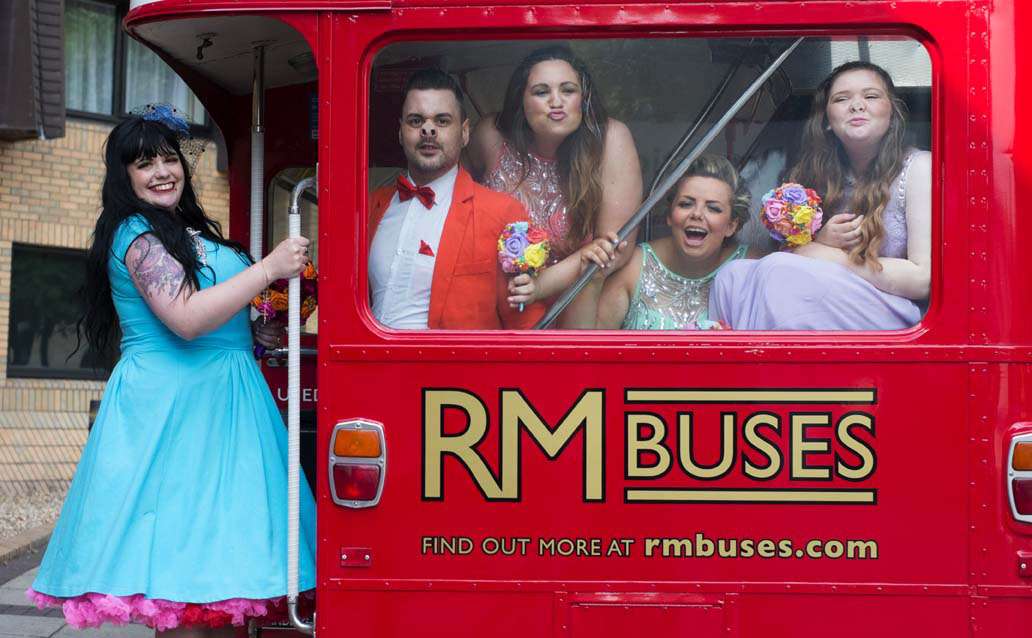 “The biggest expense for our day was the London bus hire. We live in London but had the wedding up north where Ross is from, so I had to have a bit of London in there. We saved the most money buy getting a lot of décor from eBay (or making it myself) and not buying lost of traditional ‘stuff’. I didn’t wear a wedding dress and we didn’t have expensive, real flowers.” 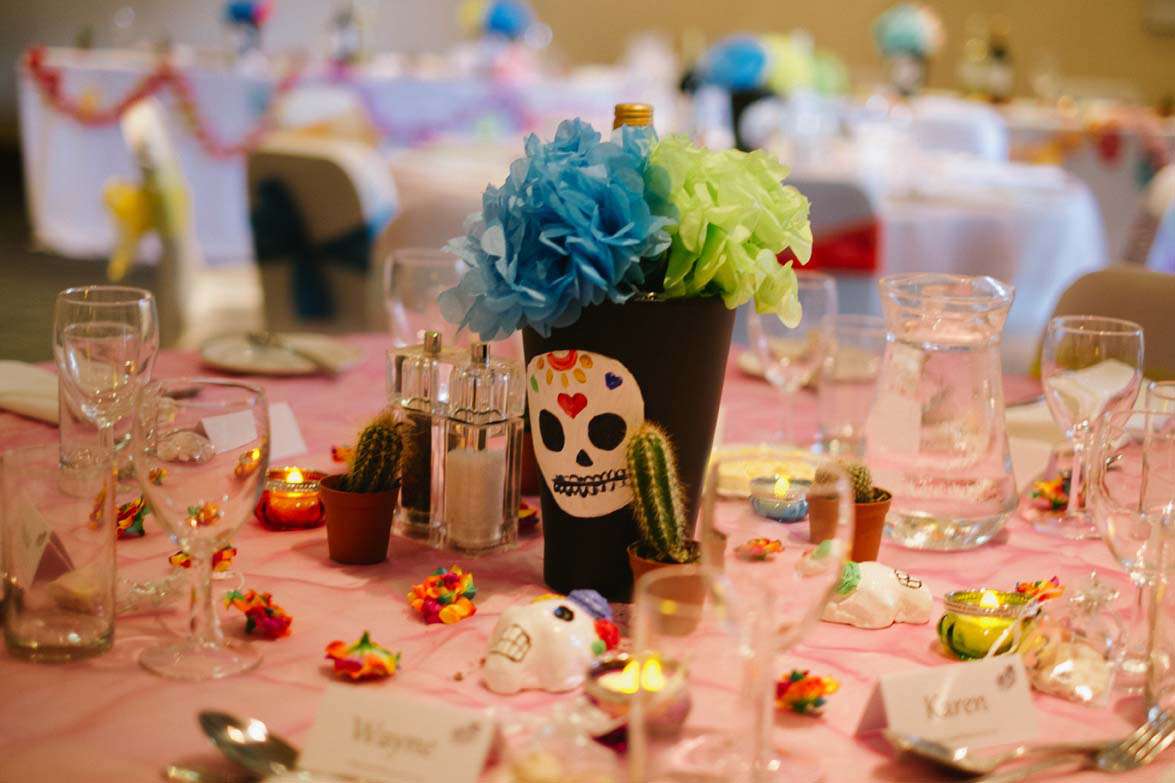 “My advice to other couples would be to not conform to the norm”, she concluded. “It’s the one day where you can be selfish so do exactly what you want!” 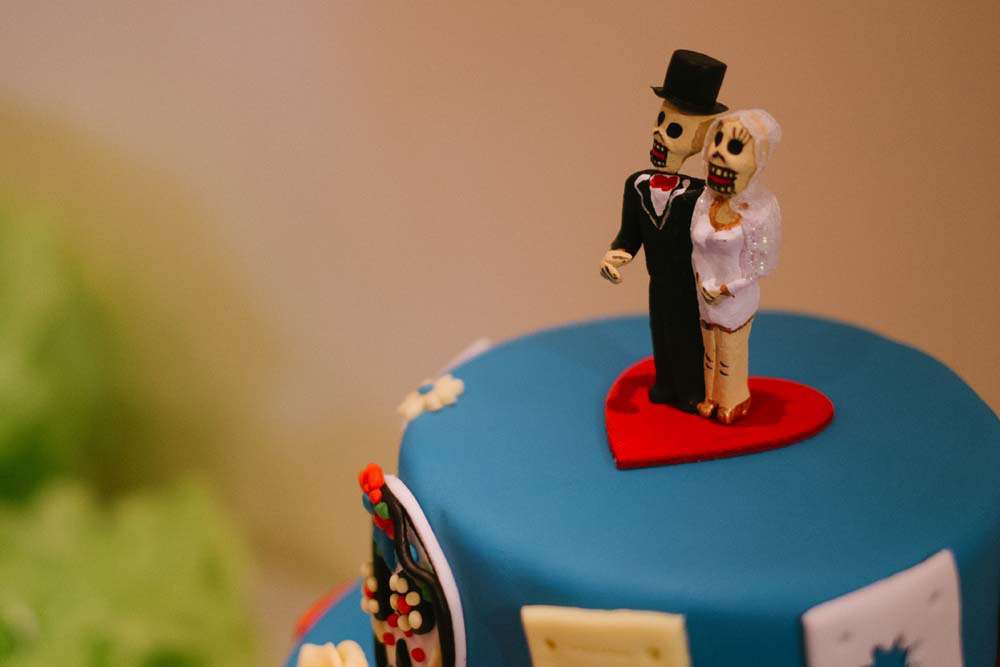 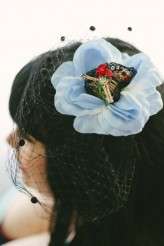 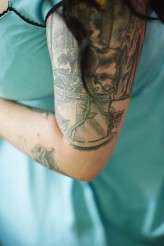 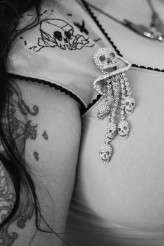 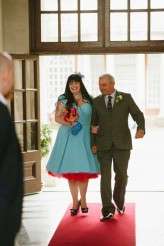 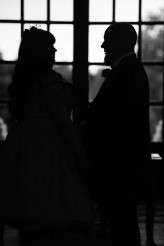 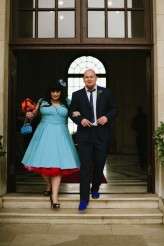 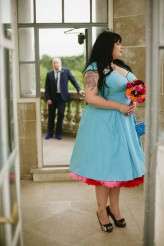 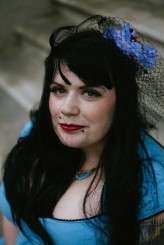 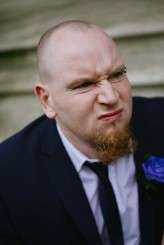 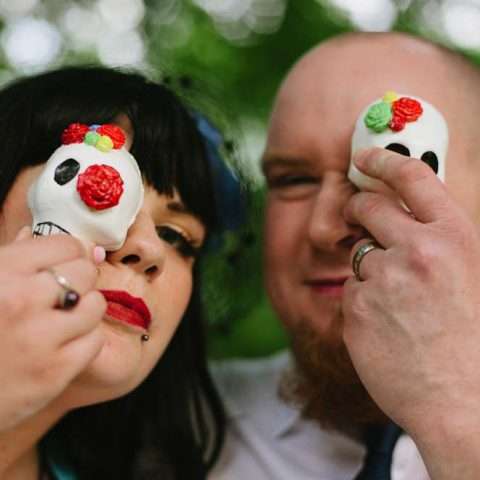