Bia and Kk’s wedding in Brazil was inspired by the weddings they’d seen on this very blog! The couple were adamant that they wouldn’t follow tradition, and that they’d plan the wedding they really wanted.

“In Brazil wedding tend to be very traditional, so we decided to make it DIY and have things to really reflect who we are”, explained the bride. “My hair is turquoise hair, I wore my combat boots, and we bought all the flowers direct from the a supplier at dawn. It was important to us that we showed our personalities. I made my bouquet with old brooches that were my mothers. It was a way for her to be present as unfortunately she past away in 2008.” 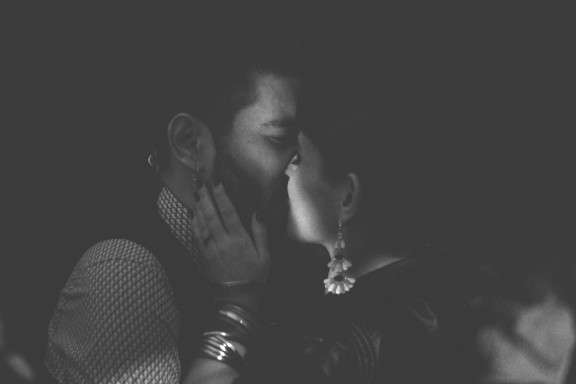 “Rock n Roll Bride inspired us so much. So many of the weddings I saw here were a great source of reference. Even our choice of an American-style ceremony was different from most weddings here. I’d describe our theme as ‘hipster rock vintage! We saved money with almost everything. We did a lot of DIY.” 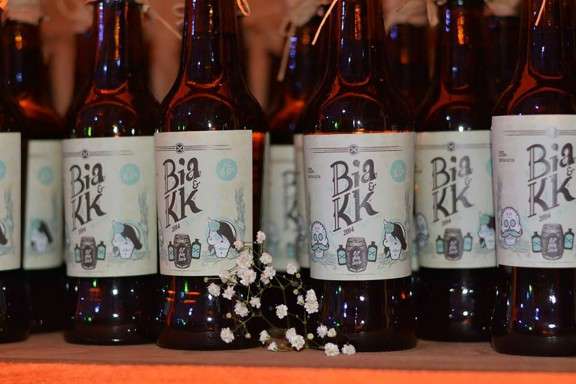 The wedding was held at Sítio das Borboletas, and the ceremony was performed by a friend. “Our wedding was in the countryside, and four days before was very very cold, with hail”, she continued. “A day before there was heavy rain, which made me very sad because I wanted the ceremony outdoors. But we got lucky! The next morning, a beautiful sun appeared! It was hot aand we had the most amazing sunset for longer than I’ve seen in the city.” 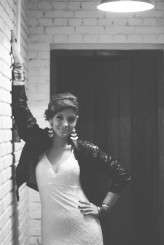 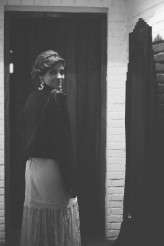 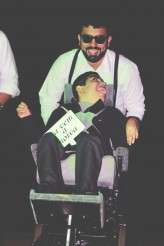 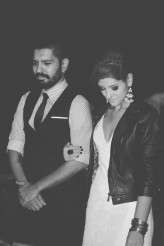 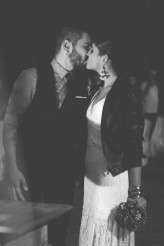 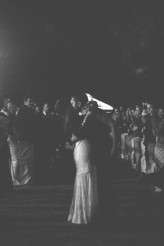 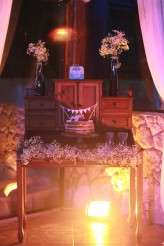