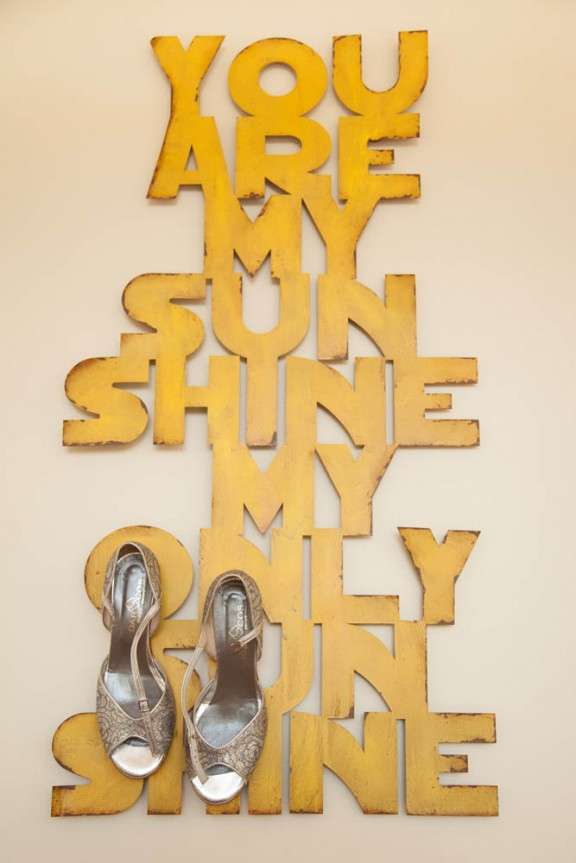 The groom and his groomsmen had dinosaurs incorporated into their buttonholes and the bride’s bouquet was made out of brooches that she’d collected for years. Most of them also had great significant meaning to her and the family. The family also made the rainbow ceremony backdrop themselves. “We decided to have everything we love without worrying if things matched or were ‘tasteful’”, Sam explained. “Our aim was to have fun! I guess our theme was kitsch, confetti and fun!” 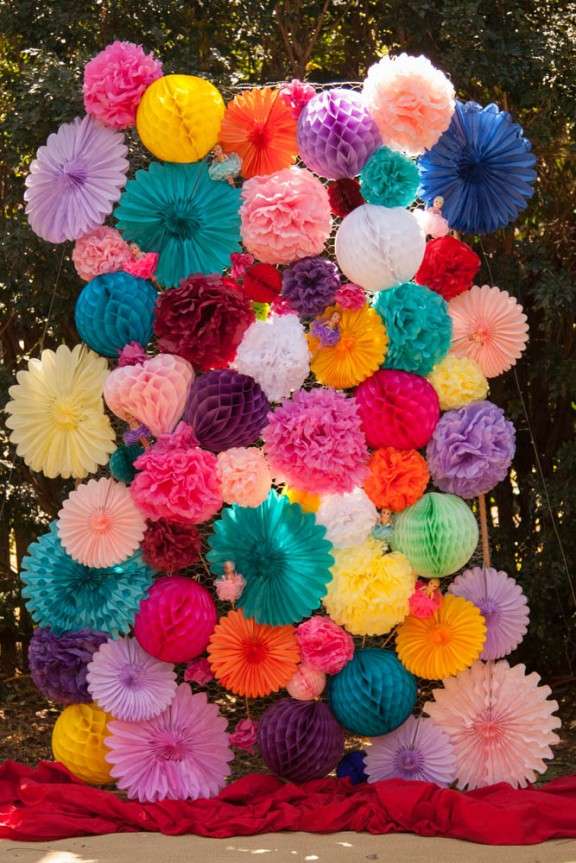 “My favourite part of the wedding was all the colour and the confetti thrown from handmade cones straight after the ceremony”, Sam continued. “Having our photos taken around our suburb beforehand worked wonderfully for us too. We went to the bowls club, a bus stop and to the neighbouring streets. Doing it this way meant we didn’t have to leave our guests and could enjoy the party!” 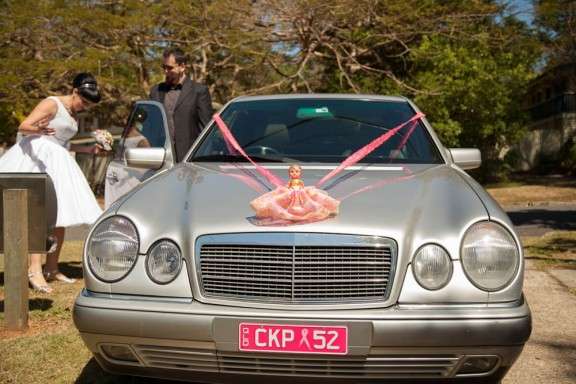 So fun! Thank you to Sam & Brendan and their photographer Lauren Bride for sharing with us today. 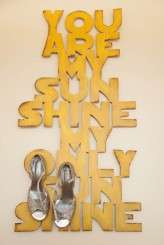 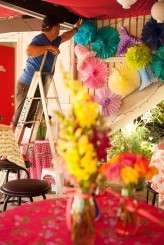 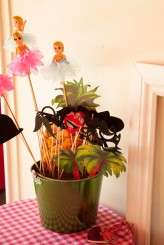 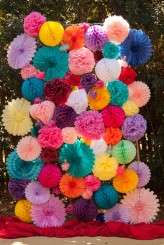 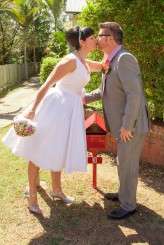 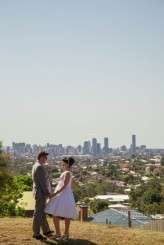 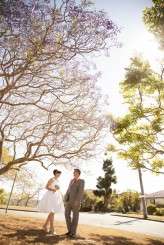 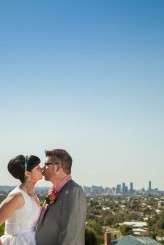 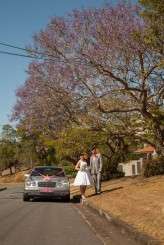 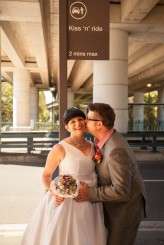 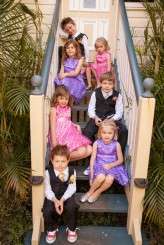 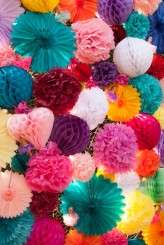 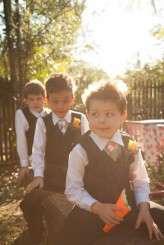 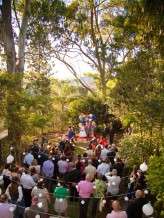 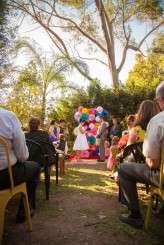 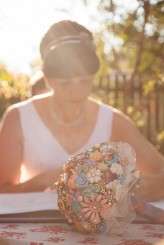 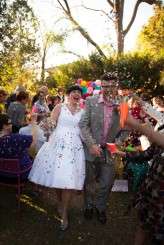 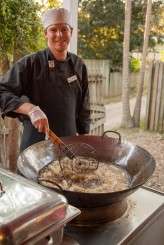 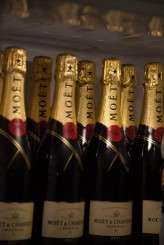 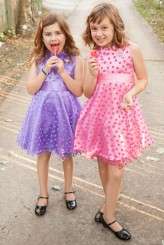 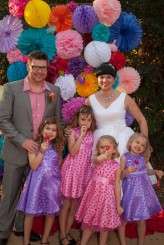 Jo and Tony were married by a small lake on a friend's property in Denmark, on the south coast of Western Australia. The bride wore a dress from an op shop (she actually only decided the morning of the wedding what she would be wearing, after several changes of clothes!) and clear wellington boots! Tony wore an outfit also put together that morning from things he already owned or could borrow from friends. As you can probably tell this was the lowest of low key weddings!