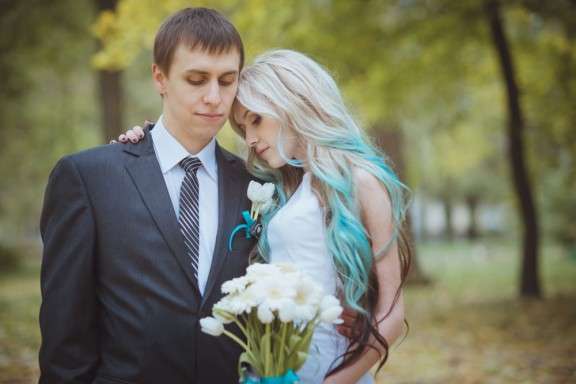 Annie and Evgeniy were married in October in Dnepropetrovsk, Ukraine. They were determined not to spend a lot of money and managed to pull the whole thing off for just $2500. To do this they kept the guest list small (they only had 20 people), DIYed a lot and eliminated a lot of things that they didn’t care about.

“I was determined to make my wedding original”, wrote Annie. “We didn’t want to spend a lot of money, so everything was quite cheap and simple, but classy and original. We spent just $2500 including rings, hiring a retro car and the restaurant where we had our reception. I made all the decorations, accessories and my bouquet myself.” 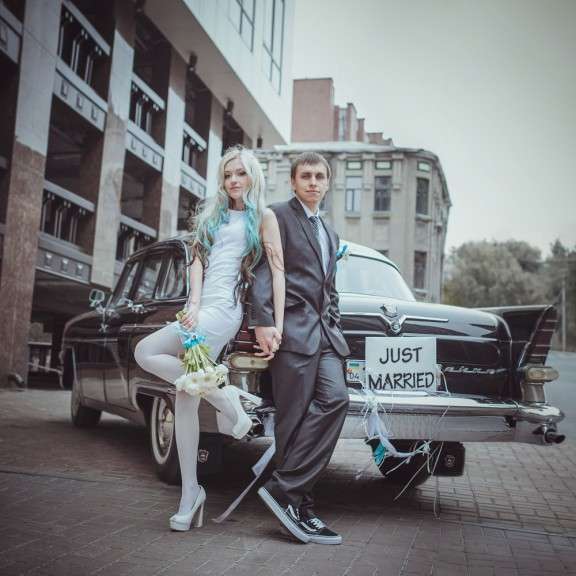 “We are not just a traditional couple. We are artists and musicians so we wanted our wedding to reflect that”m she continued. “In our country people usually like their weddings to be traditional, pompous and expensive but there’s a huge lack of imagination and taste. We believe that money spent at a wedding doesn’t show how much you love each other or how happy you are so we were determined to make our wedding simple and inexpensive but original and stylish.”

Annie wore an non-traditional wedding dress which she had made by Ekaterina Bondarenko. She wore blue Converse and white pumps and her hair was dip dye blue! “I’m so tired of all those long white puffy and frou frou princess dresses, and I didn’t want to waste money on a dress which I put on once, so my dress was quite inexpensive. It cost me only $100 and I love it! It was made by a girl who was recommended to me by one of our friends. She doesn’t even own a store. My shoes were $25 and Evgeniy’s suit was inexpensive too.” 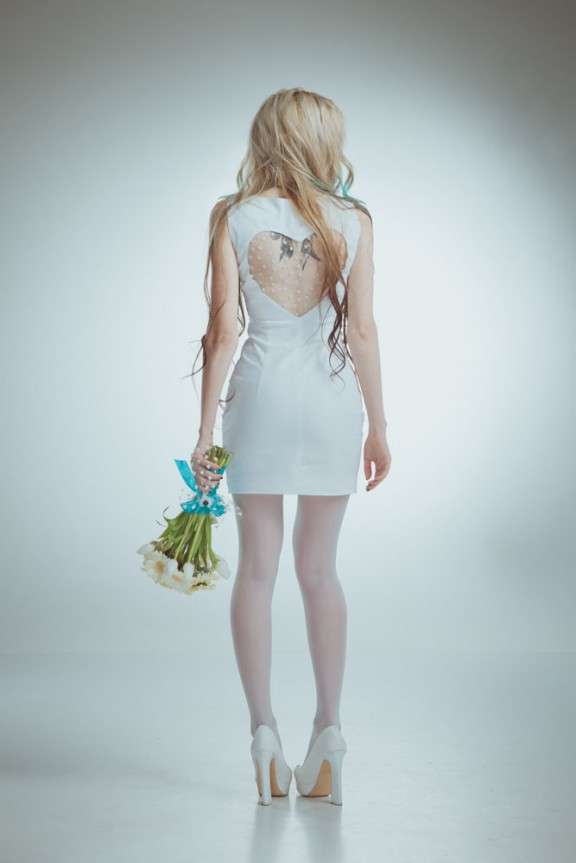 “At first I was planning my hair to be blonde, but I had blue hair before and struggled to get it out on time”, she concluded. “So unexpectedly, four days before the wedding, we decided that blue was to be our theme!” 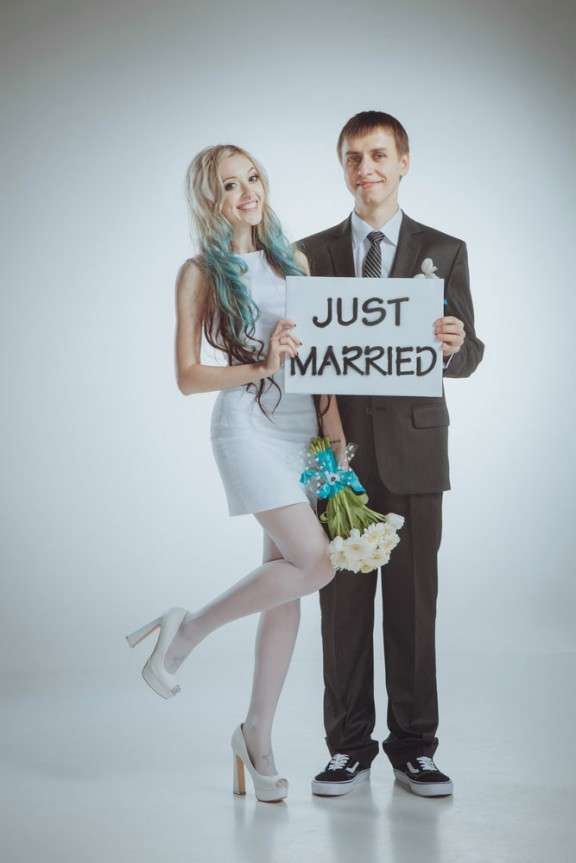 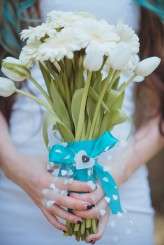 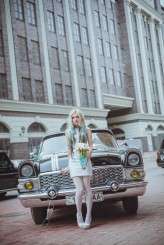 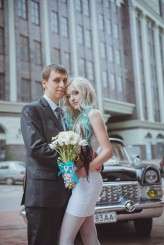 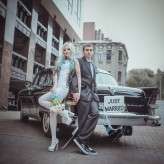 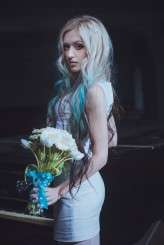 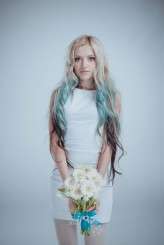 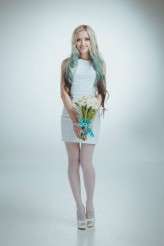 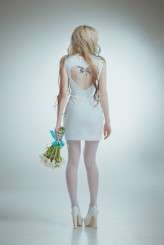 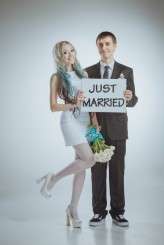 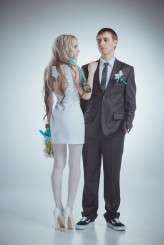 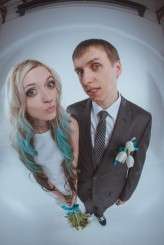