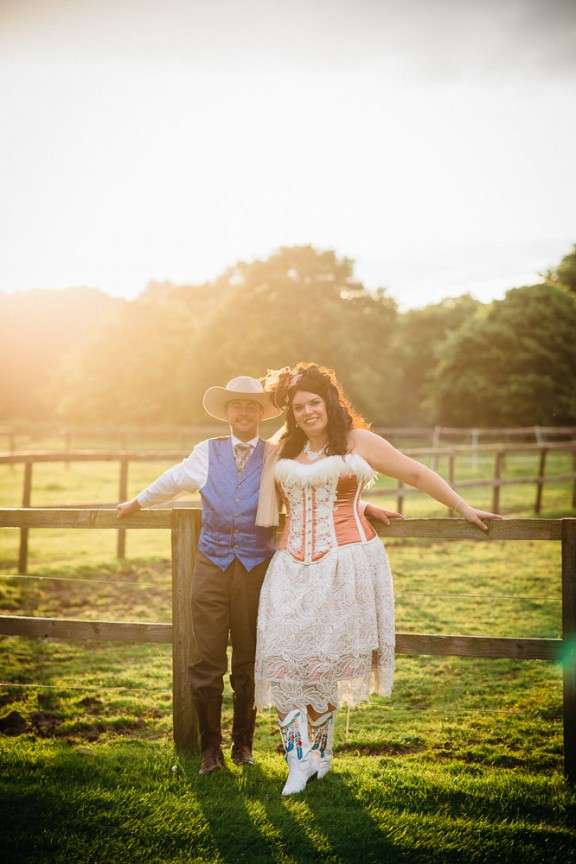 After a holiday to Nashville, Leanne and Kristian decided that a cowboy themed wedding would be right up their street. Their families weren’t convinced at first but on the day everyone really got in the spirit and eEvery guest wore fancy dress! This was a truly DIY wedding with the couple doing practically everything themselves. The bride made her own dress (at the cost of just £80!), all the flowers were bought from a supermarket and the cupcakes were baked by the bride’s sister. 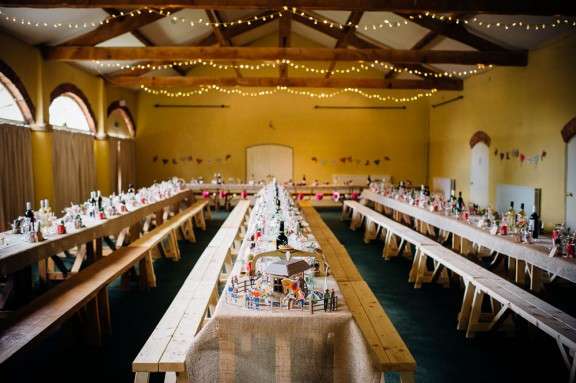 “We went to Nashville TN, and had an amazing time, and thought that the American theme would be hilarious, and stop guests getting bored, or predicting what would happen next”, began the bride. “The cowboy theme came from a joke about getting everyone to dress up fancy dress, and how many we thought would – turns out 110 people did, and only 1 came as James Bond. We wanted it to be really personal, and it certainly was. We are not religious, and we don’t have many beliefs in life, except we are best friends and love the pants off each other – and wanted to show all our friends how much.” 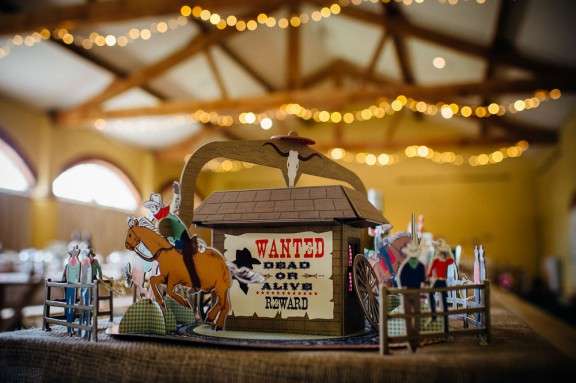 The venue, an old barn on the The Camp Hill Estate in Beadale, was an empty shell so they were able to decorate it exactly how they wanted. “We were given the freedom to do whatever we wanted to it!”, Leanne continued. “The lady who runs the weddings helped us order hay bales, build wooden boxes, hang fairy lights from every corner of the room! She was fab.” 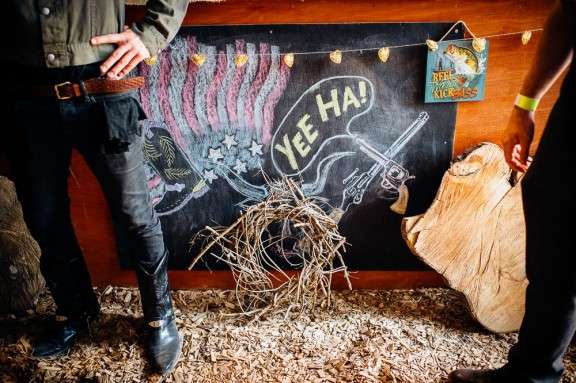 “We got a lot of the western themed cups, plates and centrepieces from The Party Company who were a great help and suggested lots of amazing ideas. Kristian build ten wooden crates, which we stacked up to hold photos and fairy lights. We ‘borrowed’ a giant log from the woods near our house, and I spent hours sawing it into slices to try to create placemats. I got to about five and then gave up, so these were used to decorate the room! The haybales were bought from a local farm, and the hessian was from a local builders yard (really cheap) and most of the other bits were from eBay!” 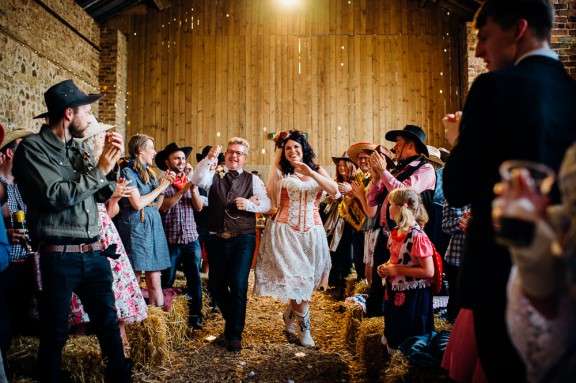 “My favourite moment of the whole day was my entrance. I travel a lot with work, and I am often on long haul flights so had spent a lot of down time thinking about this. I had listened to hundreds of songs trying to find the perfect one, which wasn’t too soppy but also awesome. I came in dancing with flower girls, bridesmaids, and my dad to A Little Less Conversation by Elvis Presley. It was so much fun!!” 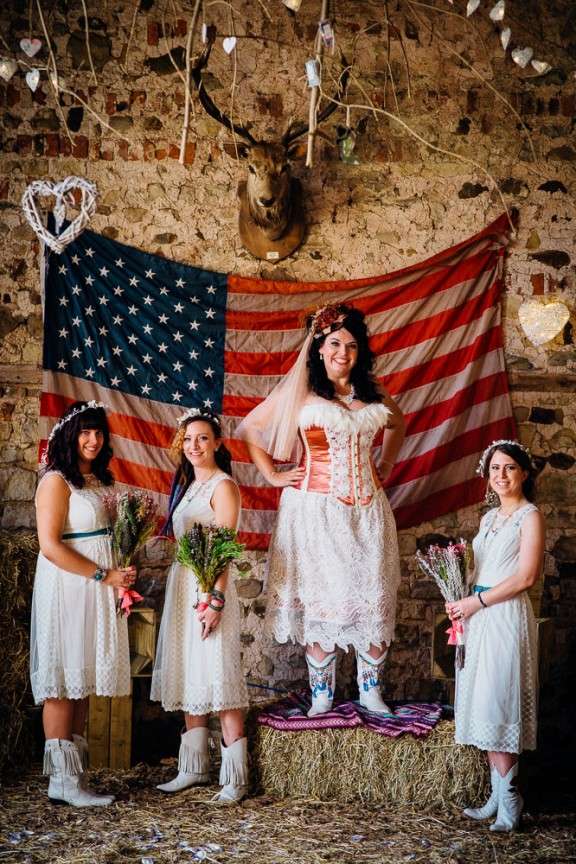 “My whole family hated the cowboy idea and thought it was a joke for months”, Leanne concluded. “We ignored them as we knew it would be amazing, and in the end, they agreed it was fab and we all laugh about their doubt! They even have our wedding photos next to their bed! So my advice to other couples having an alternative wedding would be don’t always listen to other people and trust your gut with ambitions and dream – have the day YOU really want!” 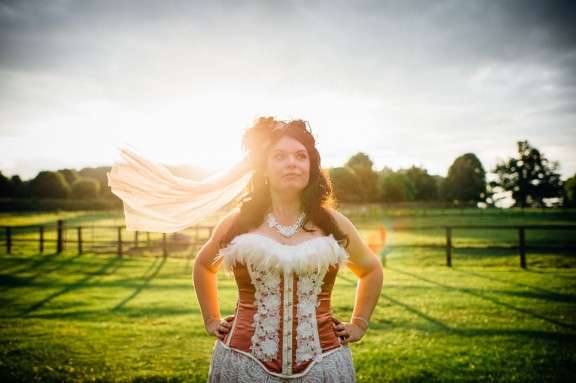 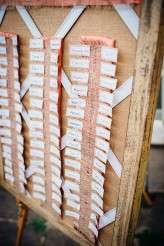 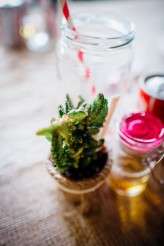 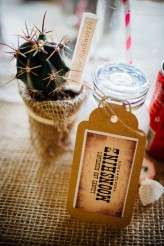 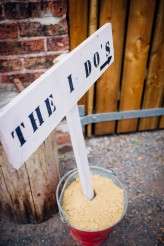 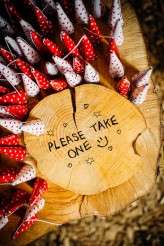 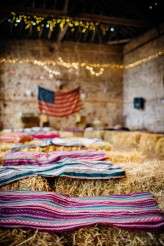 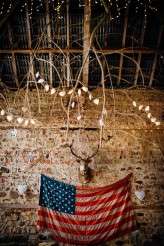 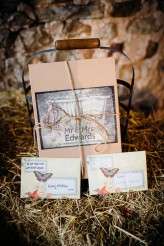 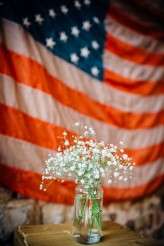 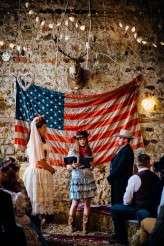 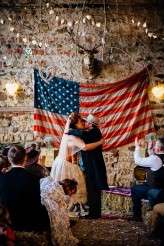 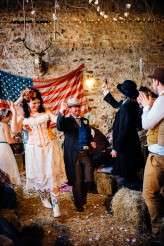 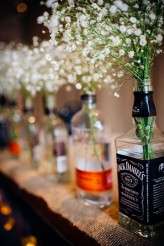 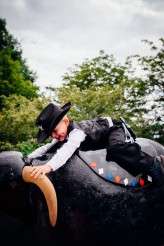 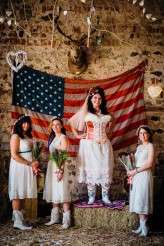 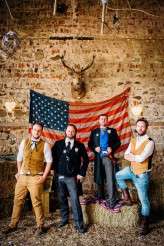