Alex and Dan were married in September and spent just £7000 on their southern american themed wedding. The celebration took place at Allington Manor in Lincolnshire and the bride wore a prom dress with Dr Martens boots. Their amazing wedding cake featured dragon’s eggs and was based on their favourite TV show,  Game of Thrones. 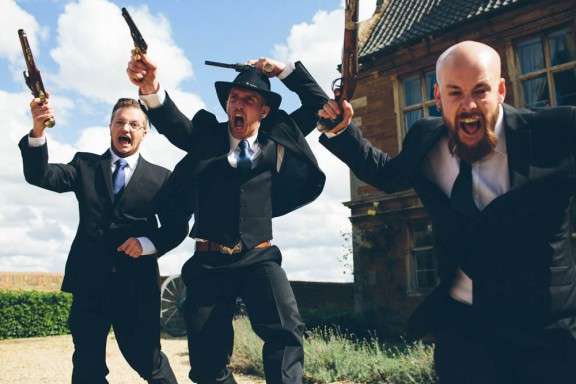 “We drew our inspiration for our wedding from various things that we love”, wrote the bride. “The rustic, country, southern american feel came from our love for bluegrass, country and roots music. I had never dreamed of a white wedding and have never imaged myself in anything other than a colourful dress. I went for a peacock themed dress because of the amazing range of colours within a peacock’s feathers. Getting married in Dr Martens was a perfect nod again to the music in our lives and how big a part of us it is. My shoes were bloody great!” 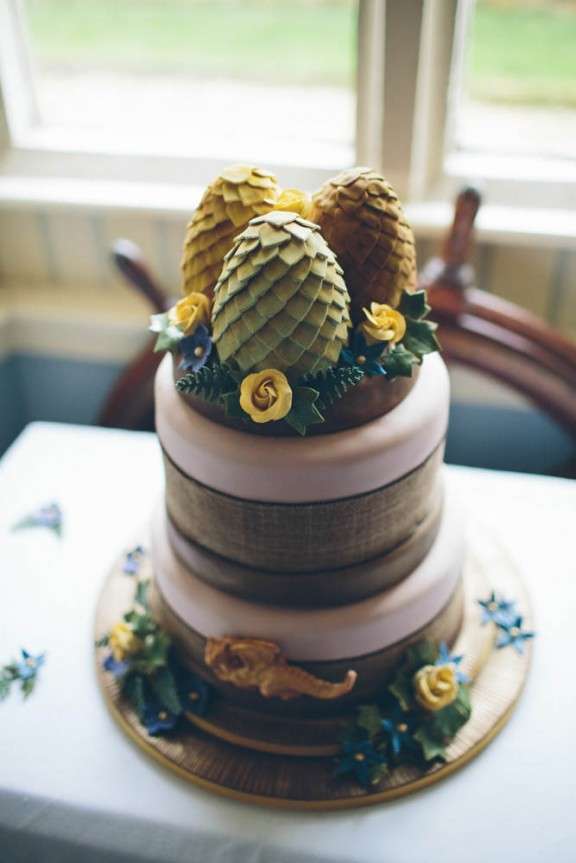 The groom rocked a Stetson cowboy hat and guns were a feature throughout the day including original 1860s Colts’, lent to them by a good friend and antiques dealer. “We made sure that the day was as silly and fun as possible”. she continued. “Dan even got a round of applause half way through the service because his vows were so daft. We did everything our own way. Rather than hire a DJ or expecting Dan’s band, Bootscraper, to play for several hours, we spent months compiling our own hand picked playlist, consisting of everything song that we love, ranging from Hatebreed to tracks from ‘The Lion King’! As a first dance, Bootscraper struck up their own version of ‘Dueling Banjos’ followed by a bluegrass cover of ‘Whiskey in the Jar’, during which Dan joined them as the guests had a hoedown. It was perfect.” 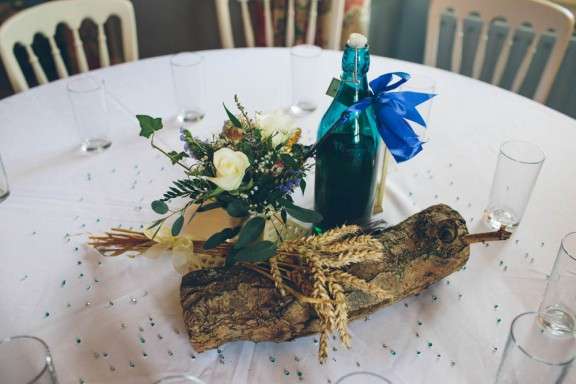 “The venue was about half of our total budget, definitely the most expensive thing we paid for. But the manor is astonishingly beautiful and the owners were wonderful. They could not have been more open to our ideas or more supportive. We also had a package, which included all five B&B rooms from the Friday until Sunday, so we were able to really relax into the occasion. Friday night, we all sat up and had a curry and a few drinks together. There was such a great atmosphere all weekend.” 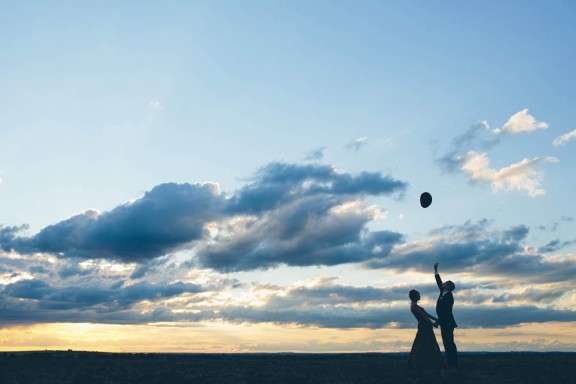 “Our second biggest expense was the photographs. Although there is always the option to skimp out on the photos and ask a mate who might have done a photography course a college once, we wanted to get the perfect person as capturing these memories would be priceless to us. We chose Richard Skins Photography.  I’ve known him since we were teenagers and he always manages to photograph his subjects with an effortless manner, capturing the natural fun and energy in truly inspired and creative way. Having just received our finished photos, he was worth EVERY penny!” 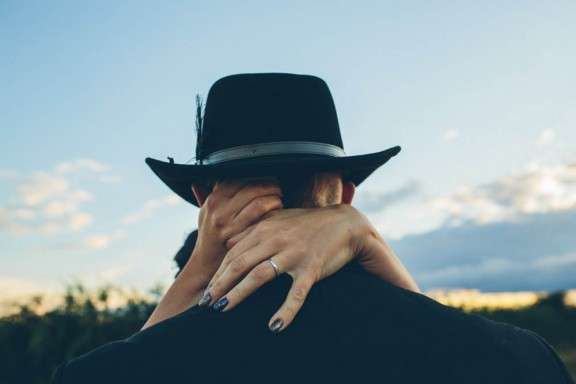 “My advice to future brides and grooms would be to go through your phone book and ask friends and relatives for help”, she concluded. “You’d be surprised at the skills of the people you know and what extents they will go to in order to help you out. My mum’s neighbour arranged my flowers for me and all of the greenery in the flowers was from our garden. My good friend Sophie Taylor made our amazing Game of Thrones cake for a very good price. We used my dad’s car as our feature transport. My dress is a prom dress rather than a wedding dress, which saved a fortune! My friend Gem’s mum Susan Eades did mine and the bridesmaid’s hair as a gift. The table centrepieces cost around £12 each, the just consisted of a log, a horseshoe, a bottle of mead, corn from a nearby field, peacock feathers and a few other bits and pieces.” 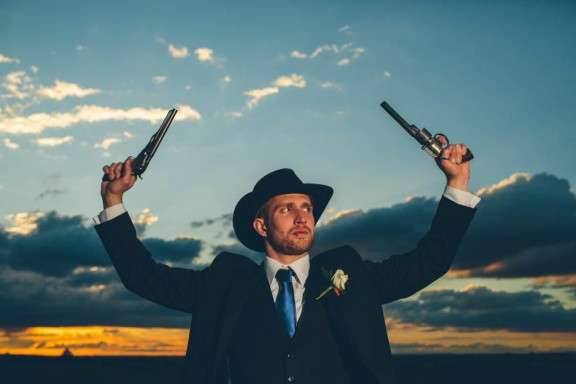 “Our biggest saving was probably the food though. Big D’s BBQ put on an amazing spread including 22 hour slow cooked brisket of beef, the same time again on the pulled pork, lamb kebabs, home made ranch burgers, excellent veggie options and a multitude of sides for only £14 a head! The food was incredible and the staff were amazing. We can honestly say, we had our perfect wedding. If I was to go back and do it all again, I wouldn’t chance a single thing!” 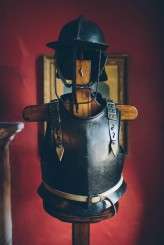 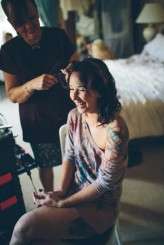 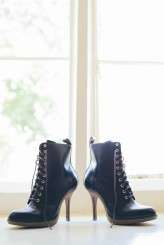 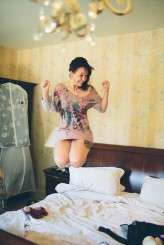 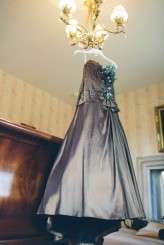 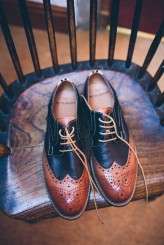 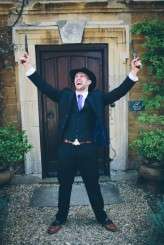 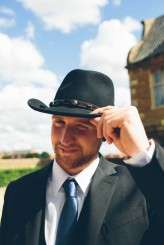 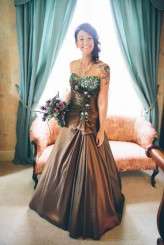 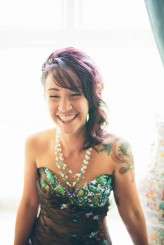 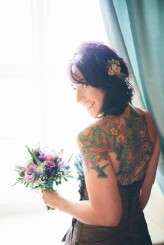 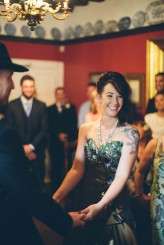 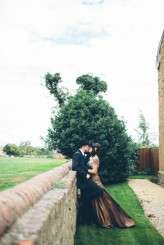 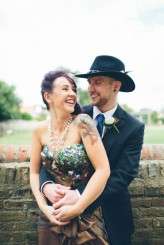 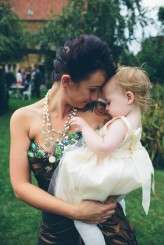 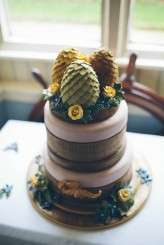 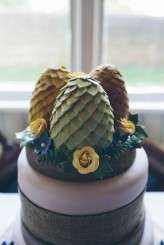 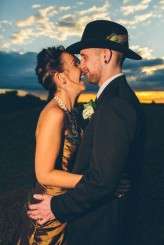 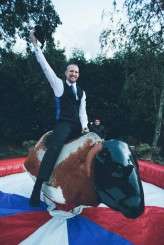 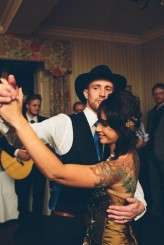 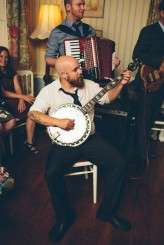 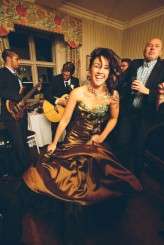