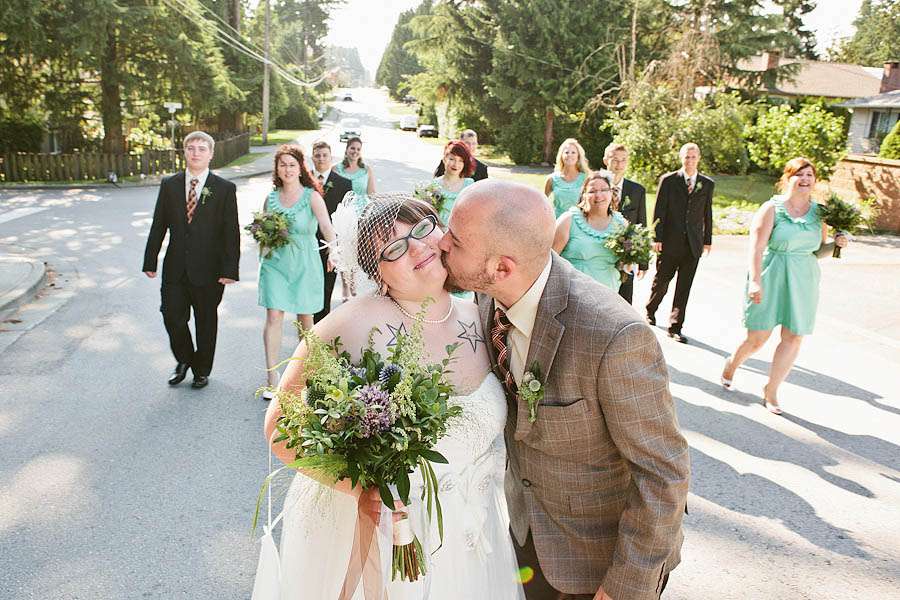 Shannon & Nick were married in Shannon’s parent’s back garden, a lovely idea that made their wedding really personal and intimate. “I was inspired by the 1950s, nature and the country,” Shannon told me. “I was looking for a way to bridge the gap between vintage elegance and the modern eco-friendly way of life. Every chance I could I made things reusable, recyclable and DIY. I also tried to pick vendors that were eco-friendly. I didn’t set out to do things differently I just chose to do what I wanted to do and didn’t let others reservations side track me.” 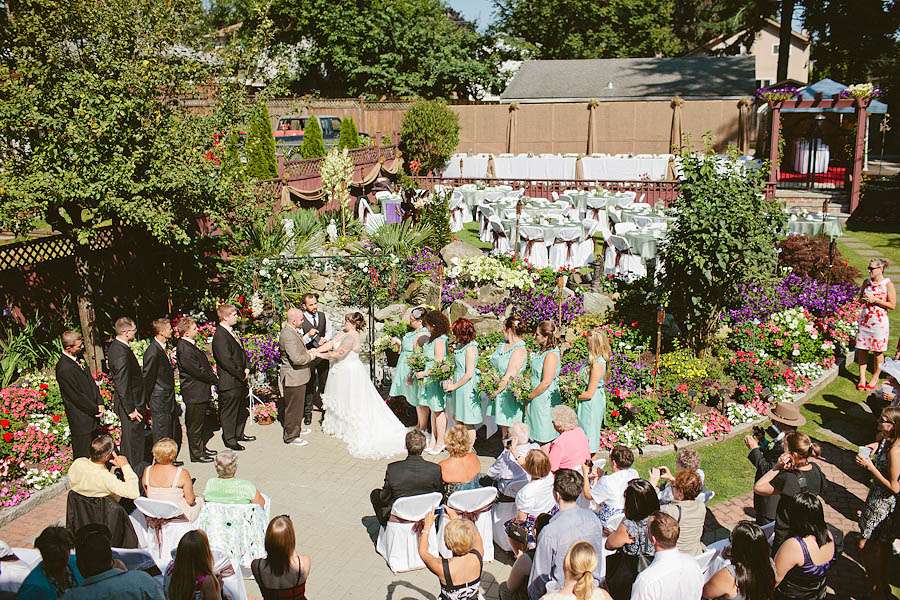 The couple had terrarium centrepieces and they made the adorable moss balls, which acted as holders for the table names, themselves. “The moss balls were super easy,” Shannon explained. “We just bought some styrofoam balls, painted them green and used adhesive spray to stick fresh, broken up moss to them” 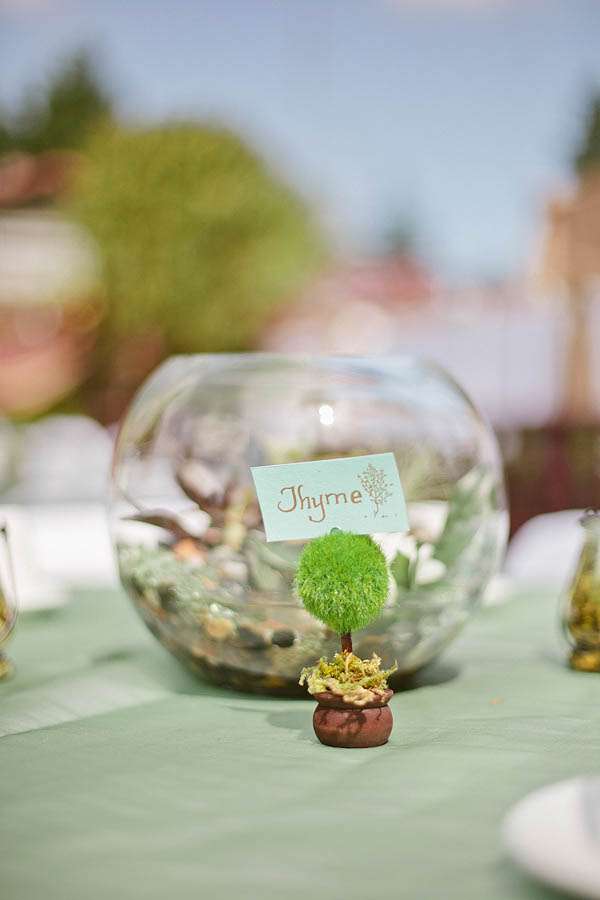 The couple wanted their wedding to have an eco-vintage vibe and so they also collected props and trinkets from thrift stores to decorate the backyard. 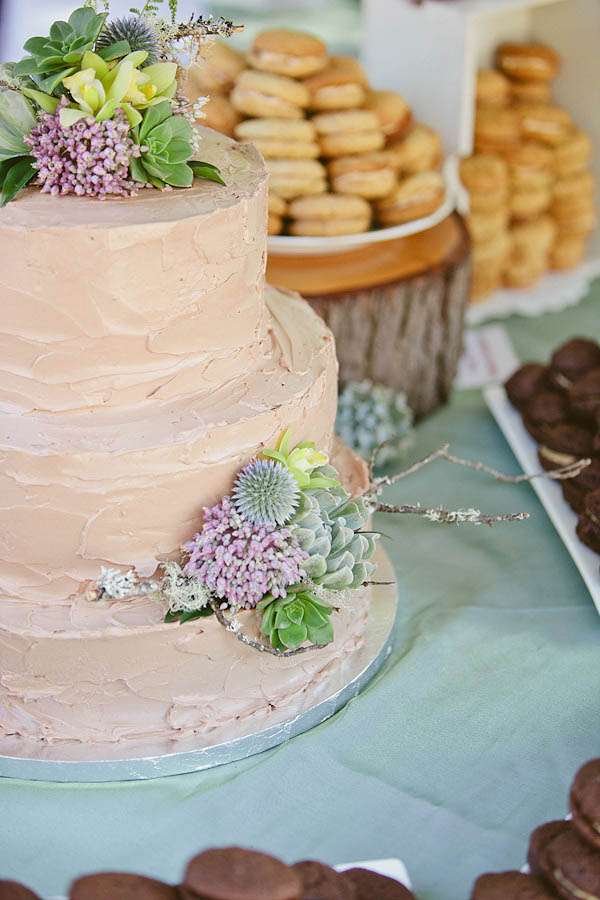 Thank you to Shannon & Nick and their photographer Rose of Simply Rose Photography for sharing these today! 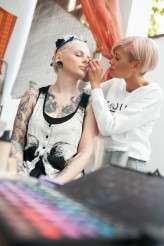 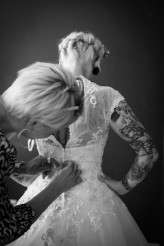 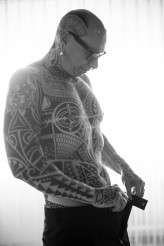 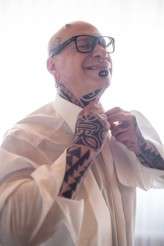 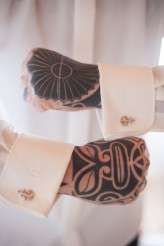 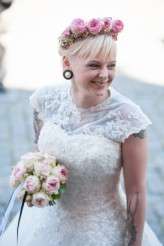 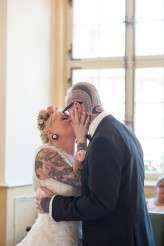 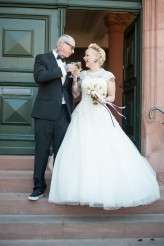 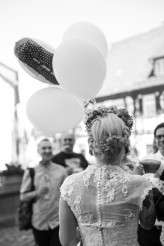 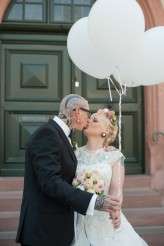 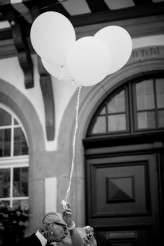 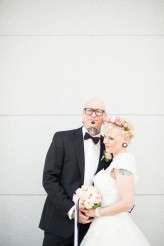 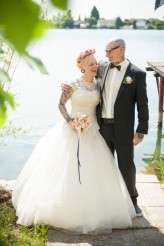 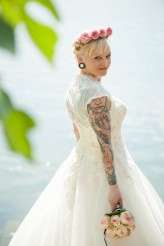 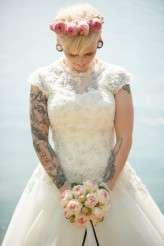 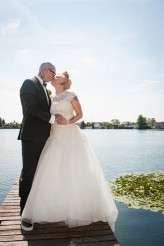 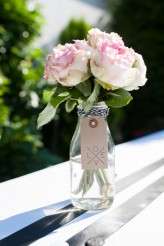 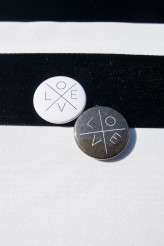 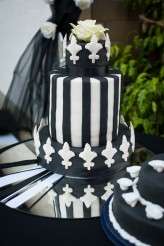 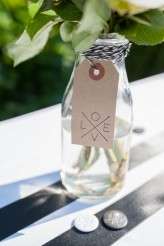 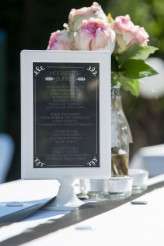 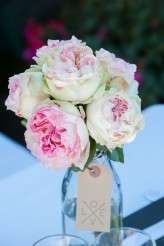 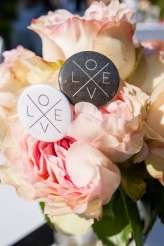 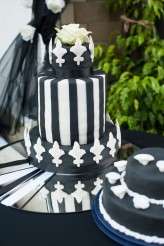