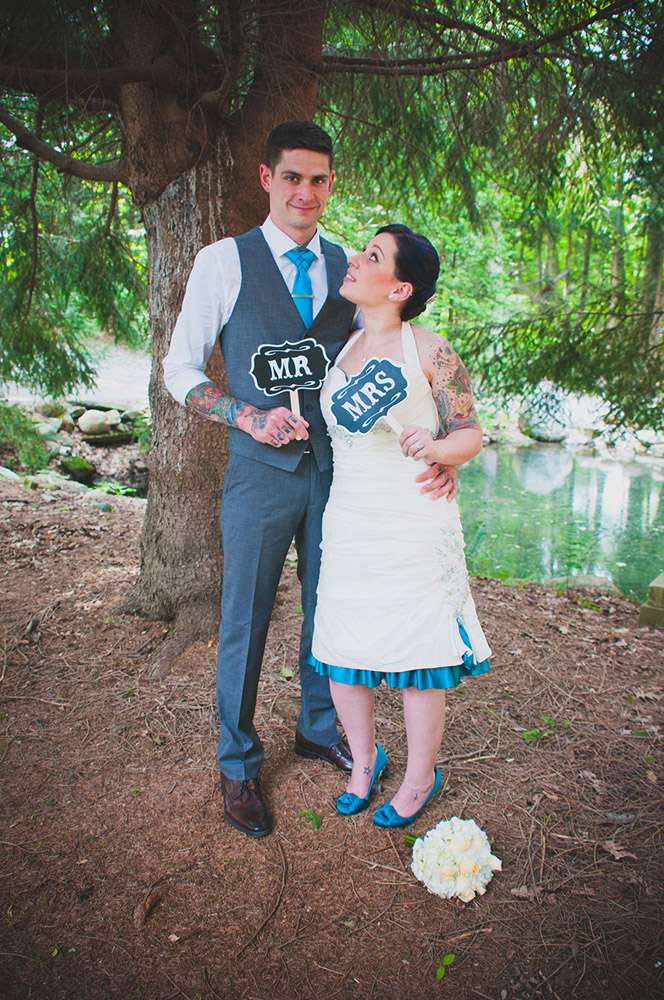 Yellow, teal and silver were the colours of Jess and Rob’s June wedding. The event was held in their own home, mostly in their back garden, in Connecticut. The wedding was kept casual, with no bridal party or speeches and with the main aim being that everyone had a really great time.

“The first thing I bought for the wedding were my shoes. I just fell in love with the teal and that became the main color for the wedding”, Jess explained. “The yellow and silver were added once I started designing the save the dates and invitations.” 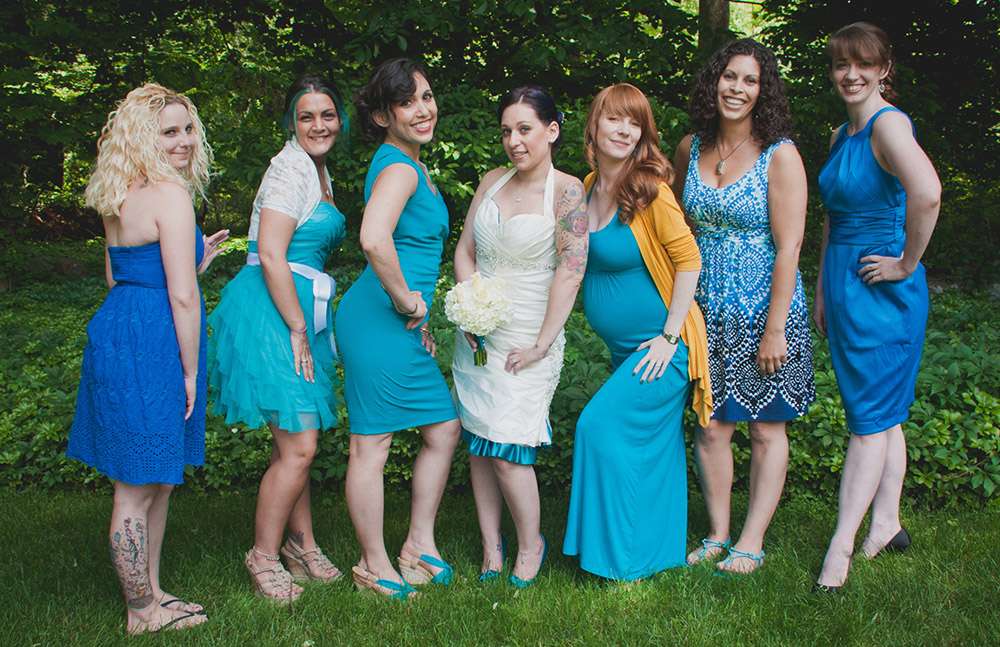 “It overlapped into everything, especially my dress. I knew I wanted a short dress from the start. I looked online and saw lots of pretty dresses but none that I thought were quite right. In the end I went to my local bridal shop which happens to be owned by a childhood friend of mine. It worked out incredibly well and I couldn’t have been happier with my choice. On my 5th or 6th dress I found the one but I immediately wanted to cut it up and make it my own. Bliss Bridal’s tailor was so fantastic, she listened to my crazy ideas and worked with me to turn the gown I found into something with a bit of a pin up vibe but with an elegance to it.” 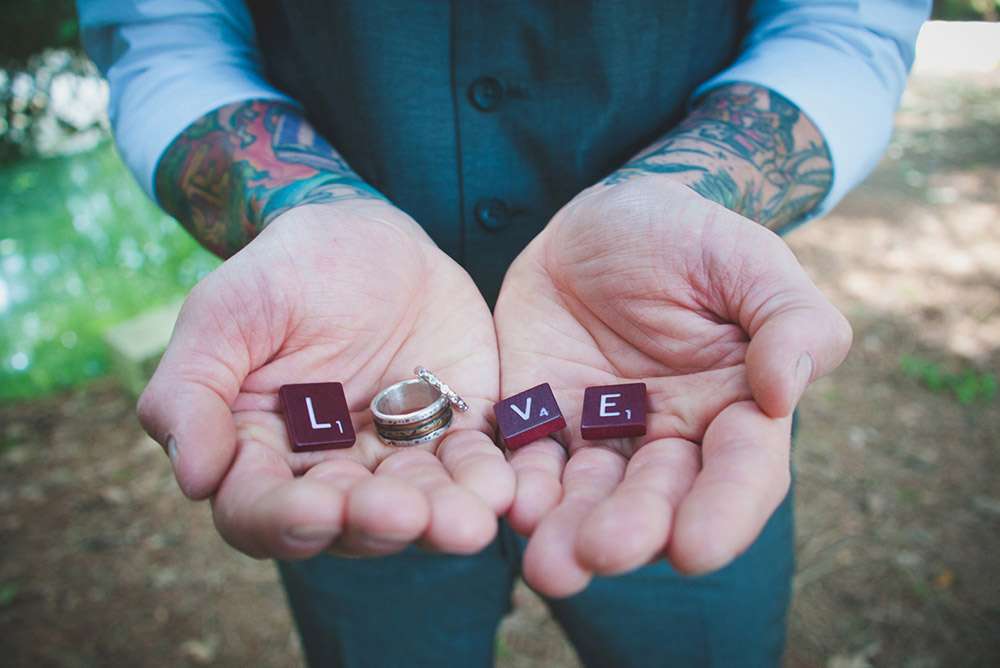 “Everything we did meant something to us,” she continued. “The wine cork ‘guest book’ was because when we first met we started exploring the CT wine trail together. Rob also proposed on our one year anniversary at a private wine tasting.”

“We definitely saved by having the ceremony and reception at our home and with all the DIY projects”, she concluded. “We also didn’t have a big name caterer and we kept the flowers to a minimum.” 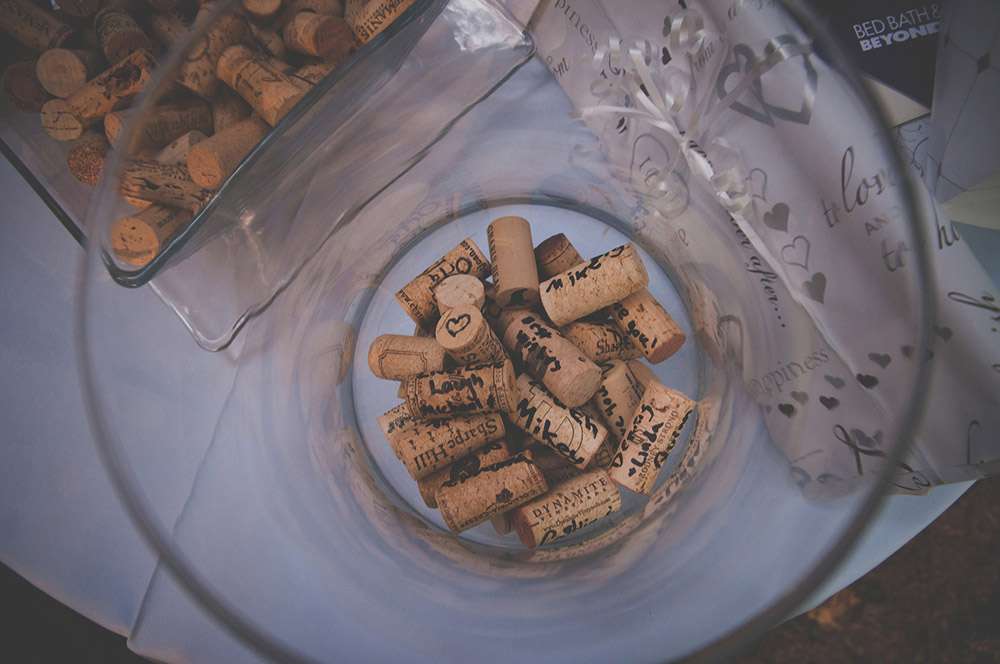 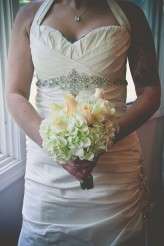 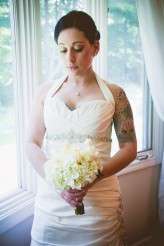 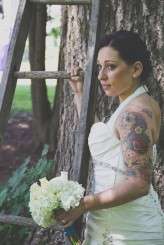 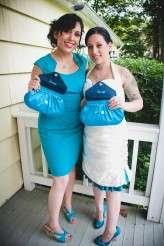 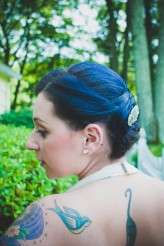 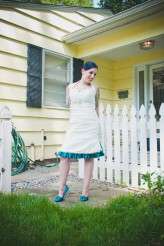 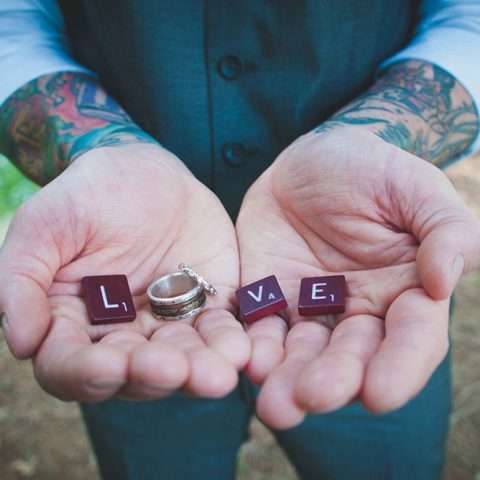 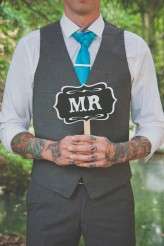 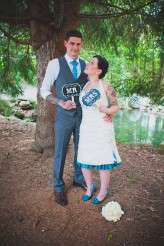 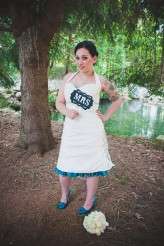 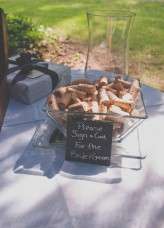 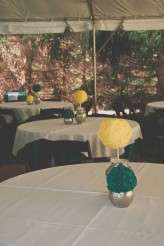 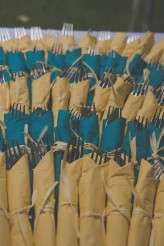 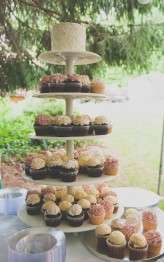 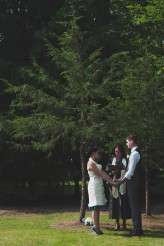 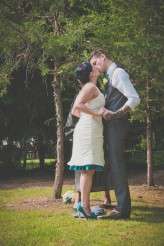 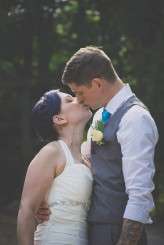 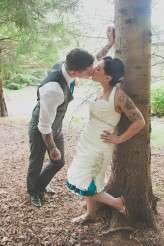 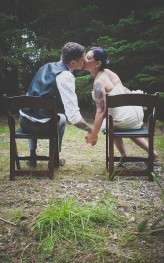